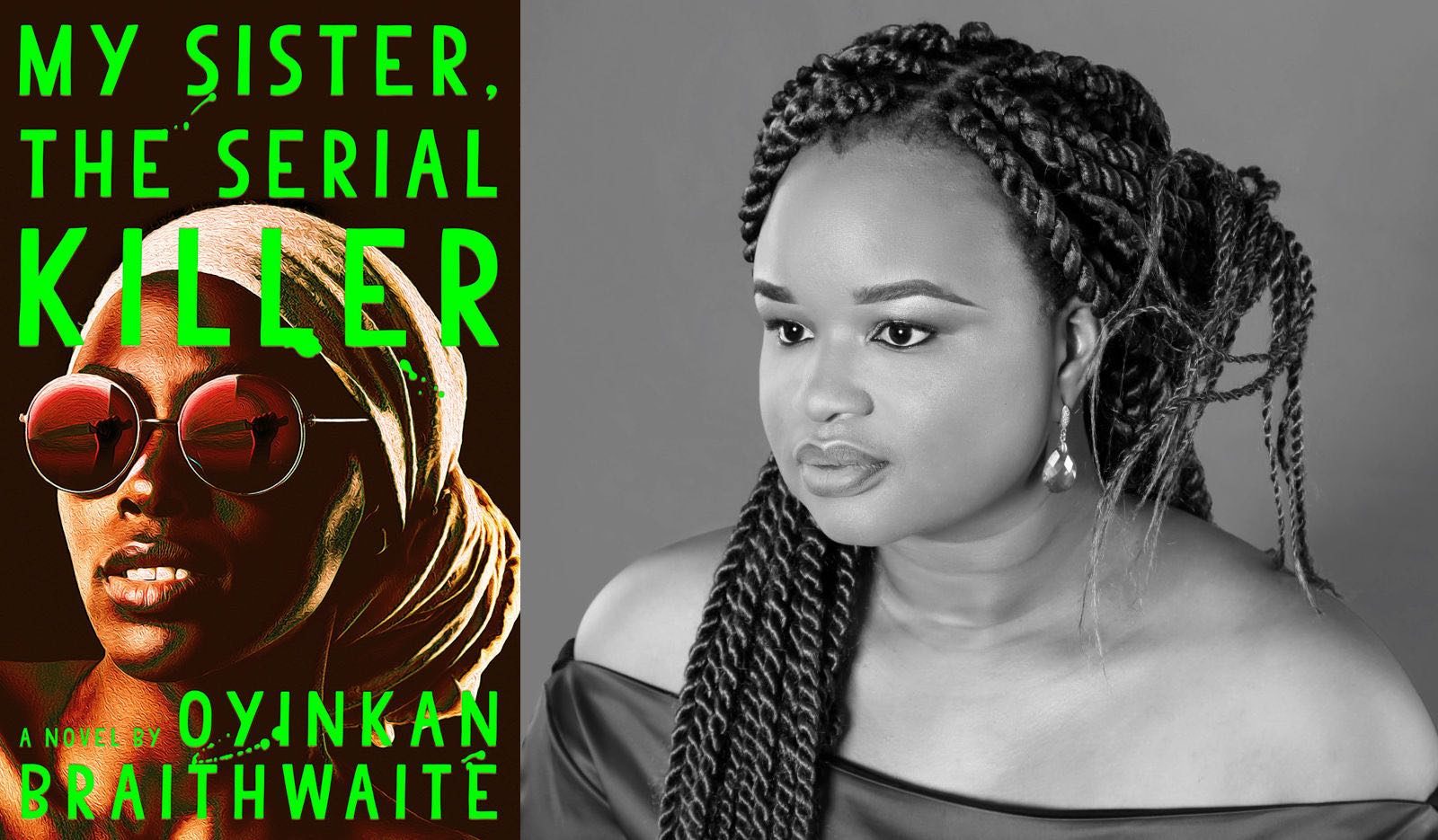 Oyinkan Braithwaite’s debut novel, My Sister, the Serial Killer, was shortlisted for the Women’s Prize for Fiction, is longlisted for the Booker Prize, has been translated into five languages and has been optioned for film, by the makers of the hit ‘Baby Driver’. Set to appear at this month’s Open Book festival in Cape Town, we caught up with her ahead of time.

The Reading List: At what point did you realise you had a major literary hit on your hands?

Oyinkan Braithwaite: I am still reeling. I did not think that this would be the story that put me on the map. At first, I self-published it, in its novella form, with the goal of perhaps a few hundred downloads. So, to see it soar like this, is amazing.

TRL: The novel is very humorous, despite its murderous plot. Did you feel any apprehension about writing about such a dark subject with such a light touch?

Oyinkan Braithwaite: No, I wasn’t apprehensive. I wrote with the sort of freedom that I am not certain I will ever experience again. I did not write with publication in mind, so I didn’t concern myself with how the world would receive it.

TRL: One of the most striking aspects of the novel is the relationship between the two sisters, Korede and Ayoola. Even though one is a killer, that doesn’t overshadow their strong sibling bond – a feat of highly skilful writing. Was that balance, between the shocking and the personal, difficult to maintain?

Oyinkan Braithwaite: It wasn’t a difficult balance to maintain because the relationship between sisters is often quite complex. The story seems extreme because there is murder at play, but this idea of simultaneously loving and hating your sibling is nothing new. If anything, the mounting corpses were simply another way to test the tenacity of their relationship.

TRL: It was an interesting choice to write the novel from Korede’s perspective, the elder sister, who is the observer of Ayoola’s crimes. Why did you decide to show us the story through her eyes?

Oyinkan Braithwaite: I am more familiar with writing in third person than in first person; so, giving Korede this dispassionate, somewhat distant voice allowed me to engage in first person in a way that did not feel wholly foreign. Korede is by no means a catalyst in this story. Like you said, she is an observer.

Also, it is Korede’s story but she spends most of her time obsessing over what Ayoola is or is not doing, which was another way for me to explore her fascination with her sibling, not dissimilar to the way the characters at large are fixated on Ayoola.

TRL: A good crime novel often relies on its location, and Lagos is a city that looms large in the book, almost as another central personality. Did you feel that, yourself?

Oyinkan Braithwaite:  I tried to do justice to my city, but also description is not my strong suit, not yet anyway; so it is actually wonderful to know that you felt it had its own personality. Certainly, I find Lagos intriguing.

TRL: Another Nigerian writer, Lesley Nneka Arimah, recently won the Caine Prize, and in her acceptance speech she emphasised the importance of “play”, inventiveness, in African writing; in other words that African writers shouldn’t be expected to write “serious” fiction, documenting the “African experience”. It seems to me you reflect this idea of playfulness in your work. Would you agree?

I love Lesley’s writing. And yes, play is very important to me. Writing can be gruelling work, and if the story I want to write doesn’t delight me, it is near impossible to put in the hours.

And I have never really been drawn in by this idea of “serious” fiction. I do want my work to engage the reader and ignite discussion but, first, I want it to entertain.

TRL: I’ve read that you completed My Sister, the Serial Killer in a month. Can you talk a little bit about that process? Do you think you’ll write your next novel in the same way?

Oyinkan Braithwaite: Yes, I was working on another novel at the time and I wasn’t happy with it. So I decided to leave the “great” novel I was writing and work on something short and light-hearted. I chose to write a novella. I gave myself a fixed deadline, a word count and I wrote every day.

But a little while later, post-agent, when I was developing the novella into a novel, I took another month. So, it was actually two months before my editors came on board.

TRL: Finally, your novel has one of the best titles we’ve seen in the past few years. How did the title come to you?

Oyinkan Braithwaite: It didn’t come to me. The title is a good example of my agent’s genius. ML