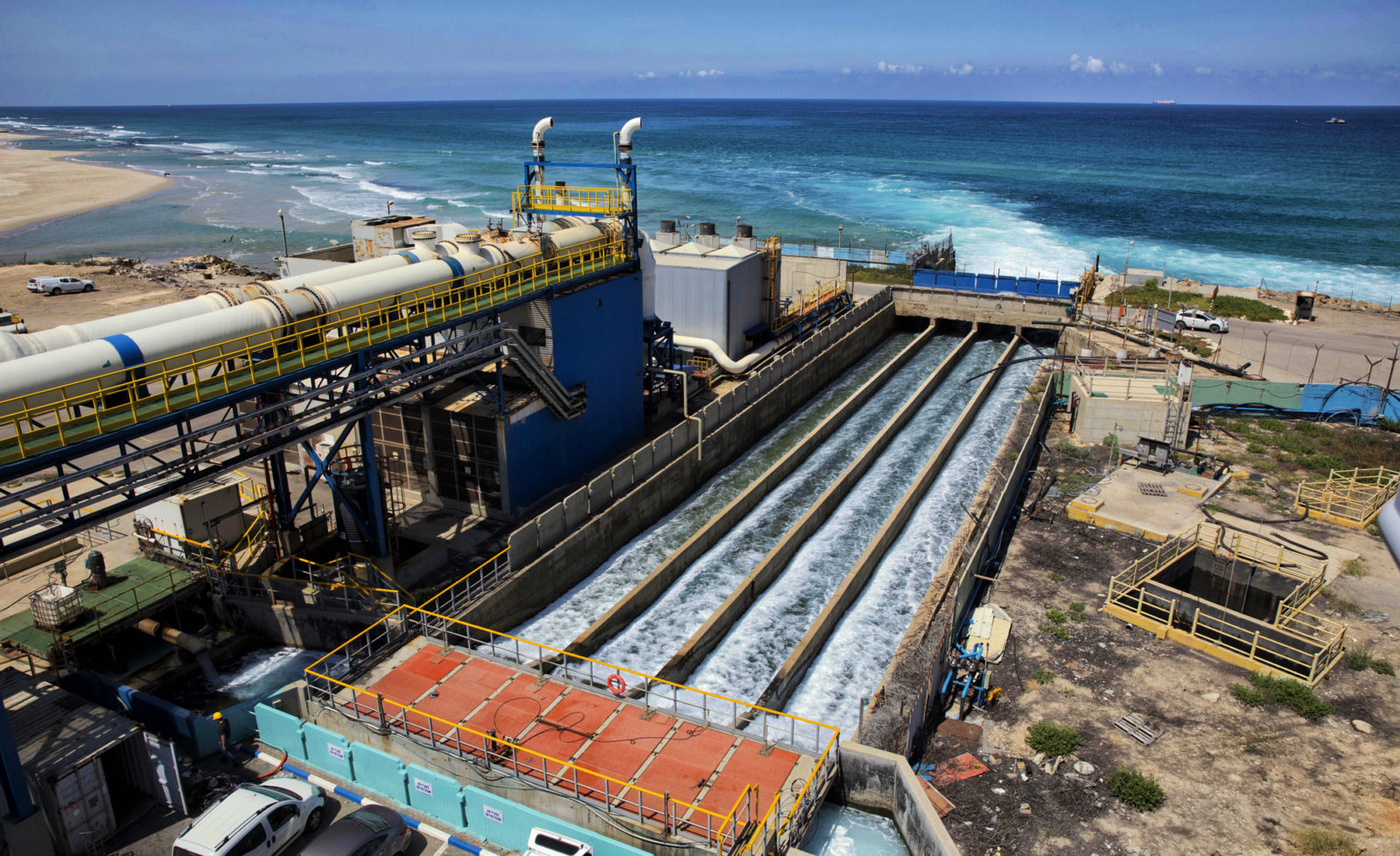 South Africa is a top 20 producer of new knowledge in the water domain globally. Many of our innovations can not only help solve South African problems, but also position South Africa as a global manufacturing hub for these products.

South Africa’s economy is being tossed like a cork in the stormy waters of an unprecedented and violent recalibration of the global economy. Some argue that this is a natural reaction to the adjustment from a uni-polar single superpower world of 20 years ago to the one of multiple centres of power – economic, political and military – we have today.

This is especially severe as the old mitigation mechanisms of robust multilateral instruments like the United Nations and the World Trade Organisation are diluted as 21st Century nationalism and bilateralism have become the overwhelmingly dominant paradigms.

But South Africa, on some indices, appears to be wealthy. The rankings of the World Bank and the IMF have South Africa as the 31st largest economy in the world based on the size of GDP. That puts South Africa in the top 15% globally in terms of size of the economy. And yet we will have a reasonable consensus that the average South African does not have the quality of life that corresponds with this wealth status. This was emphasised this week with the revelation that the National Credit Amendment Act is directed at providing relief to an astounding 10 million heavily indebted South Africans. This may be close to 50% of the economically active population.

This is backed up by a series of global indicators. Let us begin with the Global Competitiveness Index (GCI) 2018 which ranks South Africa at 67th out of 137 countries. The impressive 31st place when considering that the country’s market sophistication is balanced out by the dismal 114th place with respect to Human Capital in the index.

A key driver of a successful economy in the 21st Century is innovation. This is the key competence to navigate the risks of a highly competitive global economy while taking advantage of the all too few opportunities in a depressed international economic environment.

The Global Innovation Index 2017 ranks South Africa at 58th out of 127 participating countries, again acknowledging a very high market sophistication, this time at 23rd in the world but weighed down by an infrastructure ranking of 84th. This is a story we know well, related to logistics, broadband, energy and water security. This also emphasises the challenge of the innovation chasm where the country continues to be a top 20 producer of knowledge globally through academic publications, but fails to derive the industrialisation dividend of that knowledge base because, as President Cyril Ramaphosa put it in his address to the Mapubungubwe Institute for Strategic Reflection (Mistra) democracy conference in 2019, “over the last 25 years… we have been less successful in addressing the structural faults in our economy”.

One of those structural faults has to be the very weak industrialisation ecosystem that is punitive to potential “sunrise industries”. We continue to produce an impressive list of innovations and inventions produced by super-talented South Africans who have been forced to industrialise and produce elsewhere in the world. We then concomitantly lose out on an opportunity to reverse the patterns on our technology balance of payments and in turn our export deficit.

The state of human capital is the primary concern though. The WEF Global Human Capital Report (2017) puts the country at 87th in the world out of 130 participating counties where we are ranked 65th on capacity – read educational levels – and 90th on our track record in the development of the next generation. Given the high emphasis that the Fourth Industrial Revolution (4IR) is given, one would expect this to be higher.

The most alarming component is deployment. This is the category that judges skills application in a system. The unemployment numbers, together with that special category of unemployed graduates and diplomates, contribute to our global ranking in this category to a very low 109th in the world.

How can it be that the 31st largest economy in the world, the country that has the 21st highest average salary in the world (sitting between Spain and Italy and higher than Korea and Portugal), on purchasing power parity has such low performance indicators?

The reason why we sit at the event horizon of a black hole rather than riding the wave of global competitiveness is South Africa’s gross inequality. This is substantiated by such parameters as the Gini Co-efficient or Gini ratio that measures the differential share of wealth distribution, and currently, South Africa has the worst wealth distribution of the countries measured. The social and political cost of South Africa’s inequality is well known, but the economic cost needs higher emphasis and deeper examination.

The solution tree is promising but needs some catalytic actions. The water and sanitation research and innovation sector has developed a series of possibilities both in the form of innovations and products as well as model strategies for industrialisation and business development that deserve a second look. South Africa is a top 20 producer of new knowledge in the water domain globally. Unsurprisingly, we produce new solutions with a regularity that is almost clockwork. Many of these solutions, inventions and technologies can not only help to solve South African problems but also have the potential to position South Africa as a major global manufacturing hub for these products.

Let me offer just three examples, beginning with acid mine water and its very close cousin, highly saline water (including seawater). Traditional desalination technology based on the gold standard reverse osmosis is highly effective but with two fatal flaws. The first is that the processing has a very high energy budget, and second, both the technology and the membranes are very expensive in terms of direct cost and maintenance. The SA Water research community led by the Water Research Commission is working on six lower-energy, lower-cost options that have been proven at laboratory scale and now need investment to complete the journey through pilots and demonstration before they can be used at scale as long-term solutions.

These have the potential to deal with acid mine water in the hotspots of Gauteng, Mpumalanga and KZN as well as provide reasonable options for desalination in the coastal regions. In addition to being a very effective means to deal with a very difficult pollution problem countrywide, it is also a very viable part of a diversified water supply strategy and no one needs reminding of the high scarcity risk in South Africa. Star among these is the homegrown technology of Eutectic Freeze developed by Prof Allison Lewis and her team at UCT.

Another suite is that of the 4IR water-efficiency tools. There is a range of engineering tools, devices and computer-based management tools to increase water efficiency and process optimisation to enable every drop to stretch further. There are tools available for most industry sectors and the research indicates a higher productivity index and, even better, a potential increase in global market share as the world’s markets become much more sensitive to water and other resource costs as part of their buying decisions.

A good example is a computer-based intelligent irrigation scheduling system that has been shown to save 80 million litres of water annually in just one irrigation scheme.

These technologies, together with wastewater reuse on farms, rolled out at scale, will have a huge impact on agricultural water use, and very important, make billions of litres of water available for new agricultural entrants and other users.

The third example is even more exciting. We, like many places in the developing world, have the daunting challenge of meeting the sanitation targets of the Sustainable Development Goals – the goal of ensuring universal access to safe and dignified improved sanitation in just over 10 years. This is an ambitious task given the current global economic climate as well as increasing water scarcity worldwide.

We, through South African ingenuity as well as the partnership with the Bill and Melinda Gates Foundation, Reinvent the Toilet programme, have access to a range of revolutionary products under the banner of “New Sanitation” to solve this problem.

“New Sanitation” products are sanitation solutions that share important characteristics. They use either no or very little water, which is already a very big plus. The better solutions are innovative in their engineering in that they operate without the costly sewerage infrastructure to transport the waste vast distances, choosing to treat waste on-site instead. This in itself addresses both issues of financial and water budgets.

The genius does not stop there, however.

South Africa is a key player in the global sanitation research and innovation network within which the exploration of beneficiated products from human waste is very advanced. The products include energy all the way from first-stage processing as bio-char to bio-gas capture to liquid fuels and high-calorie product extraction. This, combined with high-value lipids, proteins and specialist chemicals will make us look at human waste is a completely different light in the near future.

Innovative business support models are required from social franchising interventions for micro-enterprises on the one hand to classical industrialisation strategies on the other. Key to this is the buying power of the state. If government becomes the first adopter of these new knowledge-based products, the base demand would be sufficient to encourage investment into these “Sunrise Sectors” and encourage the uptake of these new products and services.

The second key contribution is the development of the standards and regulatory environment to mitigate the potential risks to the consumer and society. The third leg is using the acclaimed high-market sophistication of South Africa to move our preferences to higher resource-efficiency sustainable products and solutions that encourage a lower carbon budget economy. These solutions will not only deal with the many service delivery backlogs and mitigating our pollution risks – if industrialised innovatively, they have the real possibility of turning South Africa’s economic fortunes around swiftly and sustainably.

Is this not what South Africa needs to stimulate the sorely needed economic turnaround? DM

Dhesigen Naidoo is CEO of the Water Research Commission