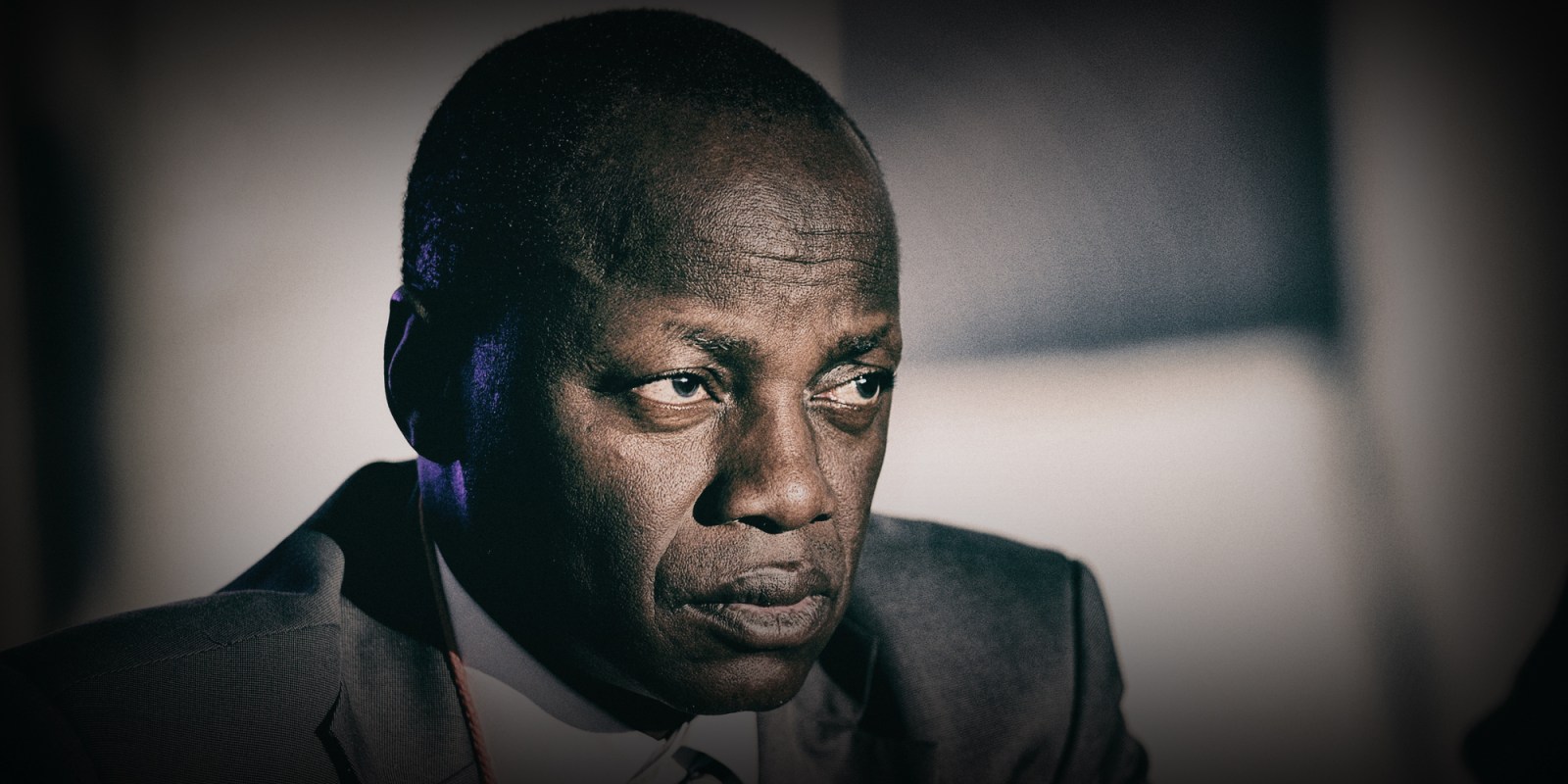 The private secretary to Collins Chabane, former Minister in the Presidency under Jacob Zuma, was wary of testifying at the Zondo Commission on Monday. Abednigo Hlungwani said he received an anonymous threat over testifying about CEO Themba Maseko’s removal from the Government Communications and Information Services.

New evidence supports Themba Maseko’s claim that former President Jacob Zuma ordered then Minister in the Presidency Collins Chabane, to move Themba Maseko from his top government communications job in 2011. Brent Simons and Abednigo Hlungwani testified at the Commission of Inquiry Into Allegations of State Capture, Corruption and Fraud on Monday.

Simons served as Chabane’s spokesperson and worked with Chabane when he was Minister in the Presidency and Minister of Public Works and Administration. Hlungwani worked with Chabane for five years, first as his private secretary, later as chief of staff. Chabane died in a car crash in March 2015.

Hlungwani was wary of testifying at the commission. He said he received an anonymous threat about testifying on Maseko’s removal from Government Communications and Information Services (GCIS).

“It was first a call on a private [number] I have already given to the investigators. A private call and then a text,” said Hlungwani. “I didn’t take it seriously,” Hlungwani said of his initial response to the threats he received on Tuesday, 16 July 2019. The same day Zuma fielded questions on Maseko’s evidence.

The language of the threatening text was so strong Hlungwani would not read it aloud on national television.

“Would it be correct to say the message sought to discourage you from saying anything about the removal of Mr Maseko? Would that be correct?” asked commission chairperson Deputy Chief Justice Raymond Zondo. “Yes. The private call, the voice call, that’s exactly what it said,” replied Hlungwani.

Simons was first to testify on Monday, and he was more forthright about his view of Zuma’s version.

Simons thought Zuma “was not truthful when he, in front of the commission and to the people of South Africa”, said Chabane “was probably name-dropping” on who ordered Maseko’s transfer. “I thought that was incorrect,” said Simons.

Simons described his late boss, Chabane, as a very down-to-earth politician. He testified that in 2014, on a government trip to Australia, Chabane told Simons that then-President Jacob Zuma had instructed Chabane to remove Maseko from GCIS in 2011.

Zuma appeared at the commission over five days in July 2019. He said the allegations about his reported instruction to Chabane during a call from overseas were “fishy” and Zuma implied his name had been dropped.

“Why would I wait until I am out of the country to make a call to minister Chabane? At times people use the name of the president,” said Zuma.

Zuma said he did not remember phoning Chabane about Maseko, which is not the same as saying the call did not occur. Justice Zondo asked:

“Do you mean it might have happened, but you do not recall?” Zuma answered, “Yes, precisely.” Hlungwani, once private secretary to Chabane, testified about a call he answered from one of Zuma’s private secretaries.

Hlungwani testified that he received a call in 2011 during which one of Zuma’s private secretaries indicated Zuma wanted to speak to Chabane. This was nothing out of the ordinary, said Hlungwani, and staff from Zuma’s office and Chabane’s office would often communicate.

Hlungwani said he handed the phone to Chabane. At the time Zuma’s private secretary was on the line. He then left Chabane’s office, closed the door behind him and walked back to his desk. Some minutes later Chabane entered and handed Hlungwani his cellphone.

“He didn’t say anything. He walked back to his office,” said Hlungwani, who emphasised he only spoke to Zuma’s private secretary during both calls; he did not speak to Zuma.

“What occurred after Minister Chabane handed your cellular phone back to you?” He reported they went about their work and as Chabane left his office for the day he told Hlungwani he “would like to talk to Themba”, in reference to Maseko.

Some days later, said Hlungwani, Chabane mentioned Maseko again. “On one occasion he did say that we would have to move Themba. That’s all he said. I didn’t ask why. I just said, ‘Oh, okay’.” Justice Zondo wanted to know how long after the two calls in the office had Chabane said they would have to move Maseko.

“It wouldn’t have been more than a week,” Hlungwani replied.

These versions are significant. They contrast with that of Zuma in July 2019 and support Maseko’s evidence in August 2018. As one of the commission’s first witnesses, Maseko detailed his reported interactions with Zuma and Ajay Gupta at the family’s Saxonwold home over government advertising around late 2010. Maseko was the fourth witness to testify in the process.

“It was too much of a coincidence that I got a call from the highest office while on my way to a meeting with them,” said Maseko on Wednesday, 29 August 2018.

“I took that to mean that it was possible that Ajay may have called Zuma and told him that him ‘I am meeting with this fellow and make sure that he knows you have our back’.”

Maseko added: “It demonstrated to me that Ajay was trying to show that he had influence in the highest office of the land.” Maseko described Gupta as someone who “cut to the chase” and ordered the government’s full R600-million advertising spend go to The New Age. Zuma testified in July that the newspaper had been his doing. Zuma testified he said to the Guptas: “Is it possible that you can establish a newspaper? They had never thought of the idea. They came back and said they have decided to start a newspaper.”

Ajay Gupta allegedly warned Maseko. “If you don’t comply you are summoned to Saxonwold and they either reprimand you and if you still don’t co-operate they pull out the big guns, and in my view, the ‘big guns’ was the president,” testified Maseko in 2018. Zuma said it was only natural that the Guptas, as owners of a new newspaper, would want to speak to Maseko in his capacity as GCIS CEO.

Proceedings resume on Tuesday, 27 August at 10am. Former Free State MEC Mxolisi Dukwana is due to return. DM