This Week in Parliament: Spotlight falls on women, the public protector and Eskom 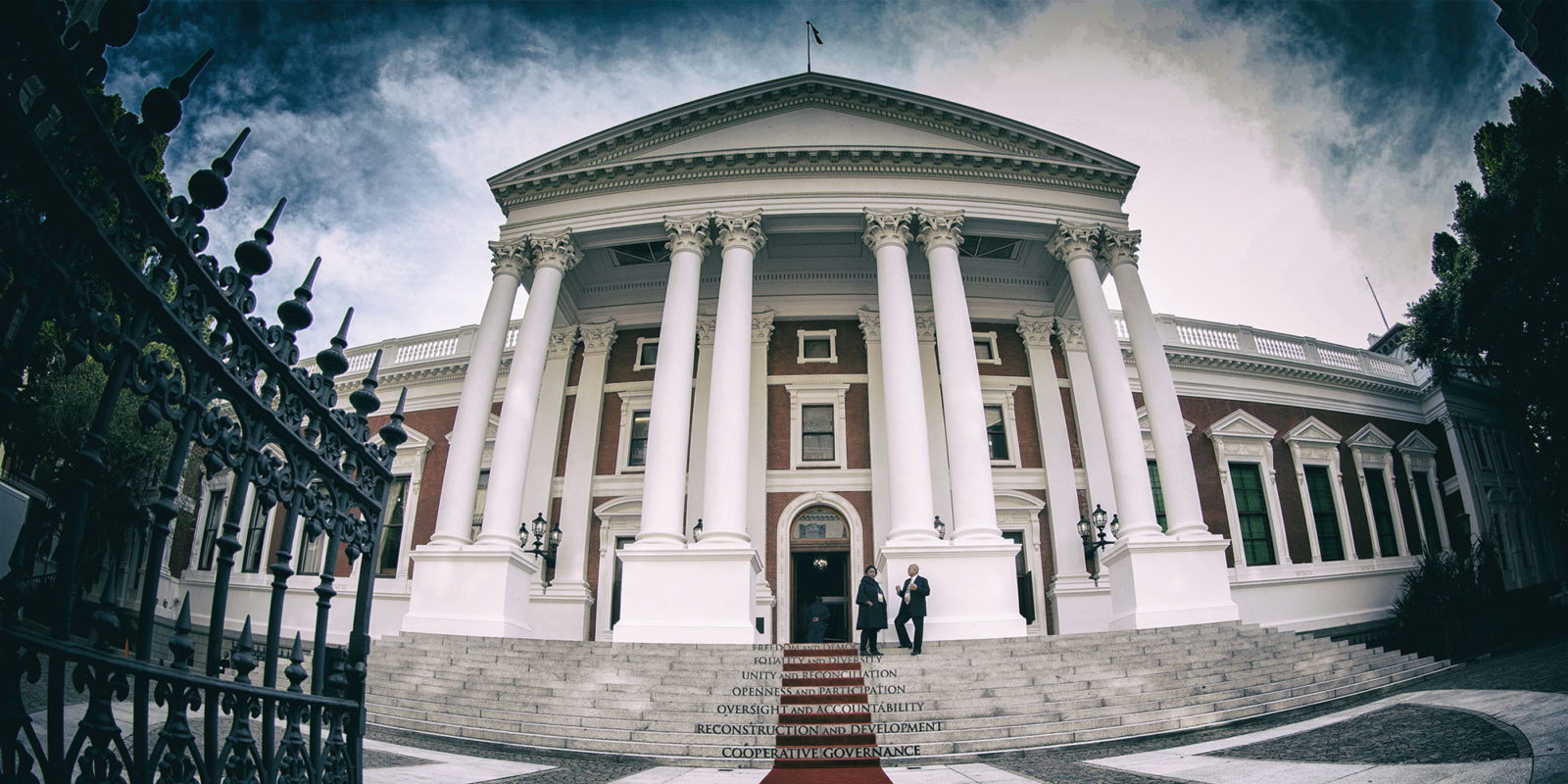 The pressure is now on after weeks of delays in getting Parliament properly up and running. (Photo: Leila Dougan)

An eclectic week of parliamentary action beckons in the main chambers and Committee Corridor.

The Women’s Parliament – which is an annual event on the legislature’s programme – takes place on Thursday 29 August. It will serve as a launching pad to kick-start provincial review sessions of the 1994 Women’s Charter for Effective Equality.

“The review processes will also assess the efficacy of structural arrangements in place, particularly as they pertain to the national gender machinery, gender budgeting processes and related matters. The processes will culminate in the adoption of improved policy and legislative oversight mechanisms, while advancing to remove all structural, institutional and cultural barriers that continue to impact the pace of transformation as it pertains to gender equality in South Africa”.

The practice of oral questions is an established part of the parliamentary day and gives MPs an opportunity to question the Executive about matters for which they are responsible. For all its limitations, this is usually an occasion of heightened interest and the most interesting exchanges happen during the follow-up questions from opposition MPs. Everything from specific scandals and programmes to big-picture policy and performance will be under the microscope.

Generally, governing party MPs and the opposition have different objectives when it comes to these engagements: the former tend to provide ministers with an opportunity to put government policies and actions in a favourable light while the latter aims to do the opposite. Ministers in the Peace and Security Cluster will be probed on Tuesday and Wednesday.

Oversight visits provide committees with an opportunity to assess progress made on initiatives and test the authenticity of the information provided by government entities. Committees often obtain first-hand knowledge from people engaged in the direct implementation of specific programmes and/or who are directly responsible for service delivery.

In keeping with this oversight mandate, several committees have arranged a number of visits to projects and facilities across the country. Scopa will visit Medupi, Kusile and Ingula power stations construction project and the Portfolio Committee on Defence and Military Veterans will visit the SA Air Force Base, SA Naval Base and 2 Military Hospital.

Meanwhile, there’s lots of action in Committee-land, with a few Cabinet ministers set to make appearances. Here is a rundown of highlights:

The Portfolio Committee on Justice and Correctional Services’ agenda will focus on the Office of the Public Protector. First, it will receive a briefing from the chief whip of the DA on his request for the National Assembly to activate a parliamentary process prescribed by section 194 of the Constitution for the removal from office of the public protector.

This committee dismissed a similar request earlier in 2019, citing that removal proceedings were premature. Also, the deputy public protector’s seven-year term ends in December and the committee will need to find a replacement. The committee will receive an initial briefing on the appointment process. (Tuesday 27 August)

Legislators will hear from the Department of Higher Education and Training on governance in higher education, universities under administration and infrastructure development at new universities. In its Fifth Term Legacy report, the Portfolio Committee on Higher Education and Training recommended that the minister should significantly increase the allocation for university infrastructure, especially for student residences. (Tuesday 27 August)

The Department of Communications will brief MPs on the reconfiguration of the department and its entities. (Tuesday 27 August)

A joint meeting of the Portfolio Committee on Social Development and the Select Committee on Health and Social Services has been scheduled to discuss the recruitment process on the appointment of candidates to serve the Central Drug Authority Board. (Tuesday 27 August)

Just last month, the embattled public broadcaster received a much-needed bailout from the government. MPs will be briefed on the SABC’s financial stability and any HR issues which may potentially compromise the broadcaster’s national mandate. (Wednesday 28 August)

The Portfolio Committee on Women, Youth and Persons with Disabilities will get an update on the international protocols that South Africa is a signatory to and whether the country is meeting its commitments in relation to gender issues. (Wednesday 28 August)

The Portfolio Committee on Justice and Correctional Services will be briefed on the Promotion of Access to Information Amendment Bill. This is a committee bill and seeks to provide for information on the private funding of political parties and independent candidates to be recorded, preserved and made available. (Wednesday 28 August)

The minister of finance introduced the Special Appropriation Bill to appropriate an additional amount of money for the requirements of the Department of Public Enterprises to assist Eskom Holdings SOC Limited with its financial obligations. National Treasury will brief MPs on the bill. (Wednesday 28 August)

Lawmakers will be briefed on the much-contested National Health Insurance Bill. The preliminary reactions suggest that this bill will undergo a long and difficult journey. In order to allay concerns, the committee chairperson indicated that the portfolio committee will be briefed by the state attorney on the constitutionality of the NHI Bill. (Thursday 29 August) DM

*This summary is based on the schedule as it is published on Monday morning. The programme is subject to frequent updating, so the link above needs to be checked daily to confirm the programme for the day.