Born to ride: Meet the future of BMX, Miyanda Maseti 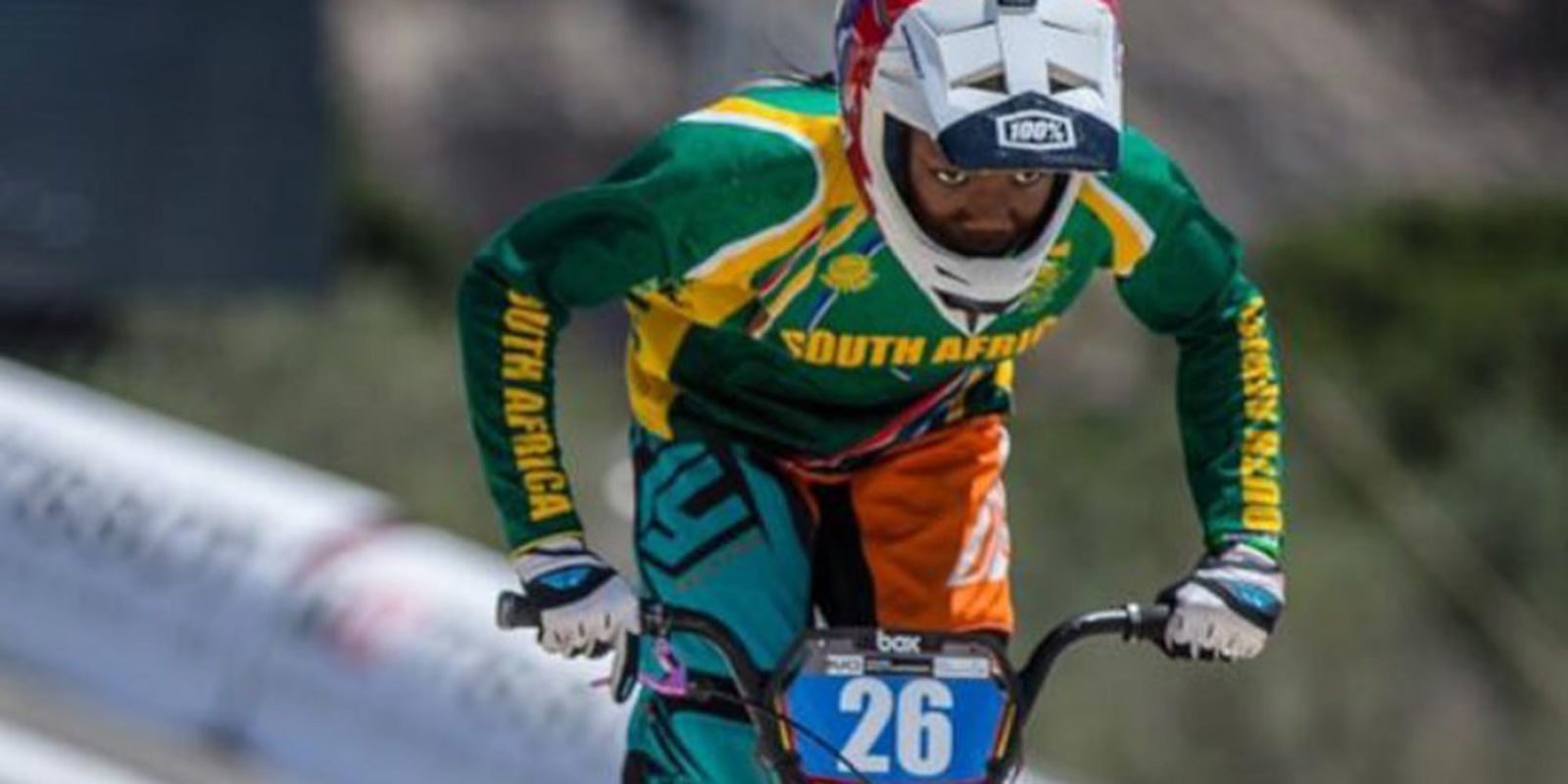 ‘The one word I would use to describe BMX is exhilarating because it gives me an adrenaline rush.’ These are the words of 14-year-old BMX sensation, Miyanda Maseti.

“Miyanda as a child? She was always bubbly and talkative,” says Lonwabo Maseti, father of 14-year-old BMX sensation, Miyanda Maseti. As her father speaks, Miyanda interjects: “I remember one time I spoke for six hours straight on the way to Durban.”

She and her father continue to have a back-and-forth playful discussion, before he continues: “She’s always been like this. Bubbly, talkative and active, very active.”

As Maseti Snr speaks to Daily Maverick, Miyanda stands in a corner in their home and watches dotingly. It is quite strange seeing her behave like this, like an ordinary 14-year-old girl. Just over 30 minutes ago when Daily Maverick met her at the Kempton BMX Club, she had no time for small talk, or even a smile. She had stone-faced focus and was the consummate professional.

Miyanda, whose name means “deeply-rooted”, and her family have their roots in the town of Ugie, Eastern Cape. However, they are based in Kempton Park. That’s when the BMX powerhouse is not jetsetting, travelling to national and international competitions.

The 14-year-old has participated in three BMX world championships in her four years of riding. Her first championship was in South Carolina in the US, followed by a trip to Baku in Azerbaijan in 2018.

In July she took part in her third world championship, in Heusden-Zolder, Belgium. And she had her best performance, reaching the semis while missing out on a place in the final by one position.

Her father reckons that his little girl was born to ride.

One of the first people to put the sport of BMX on the map in a South African context was Sifiso Nhlapho just over a decade ago. Nhlapho was a finalist at the first inclusion of BMX as an event at the Olympic Games, in Beijing in 2008.

Since Nhlapho, riders like Kyle Dodd, Dylan Eggar, Manqoba Madida and Teagan O’Keefe have taken over the handlebars in representing South Africa as elites in the sport. None of the current crop of riders has managed to match or surpass the achievements of Nhlapho. However, Miyanda plans to do so.

“Next year I want to make it to the world championship final so that I can get a world number. And In 2022 I want to go ride Junior Elite Women so I can get an Olympic number. My biggest goal is to get to the Olympics,” she says.

Despite the big dreams she now has for herself, Miyanda says her earliest memory of riding a bicycle is from she when was seven years old.

“My brother and I built a ramp when I had my purple bike, not a BMX bike, just a normal bike. And then I tried to jump it and I fell.”

Since then she has had a few more tumbles off the bike, although she has mastered the art of falling without seriously injuring herself: “This year I think I cracked a rib and I sprained my thumb. And that’s all. I don’t get injured much.”

Besides the risk of injury, BMX is an expensive sport, with a bike costing anything between R18,000 and R40,000, not to mention kit and protective gear. And her father is feeling the strain. He says he would love sponsors to help with equipment so that he can invest in getting Miyanda a coach.

Coaching her is currently his other full-time job when he is not working as a Senior Consultant at Amazon Web Services.

“This year, Bestmed has assisted Miyanda with making her trip to the BMX World Championships a success. She has managed to compete at the highest level, making it to the semi-finals with inadequate racing equipment and training. Further assistance in the form of sponsorship can help propel her development and dream to become the first woman world champion from the African Continent” Maseti senior says. DM

A call to global action to end injustice against African Americans

Watching the US erupt and remembering the KKK

Wokeness, the political economy of racism and who can lay claim to being black