The Kindness of Strangers

How crowdfunding captured the hearts and wallets of South Africans 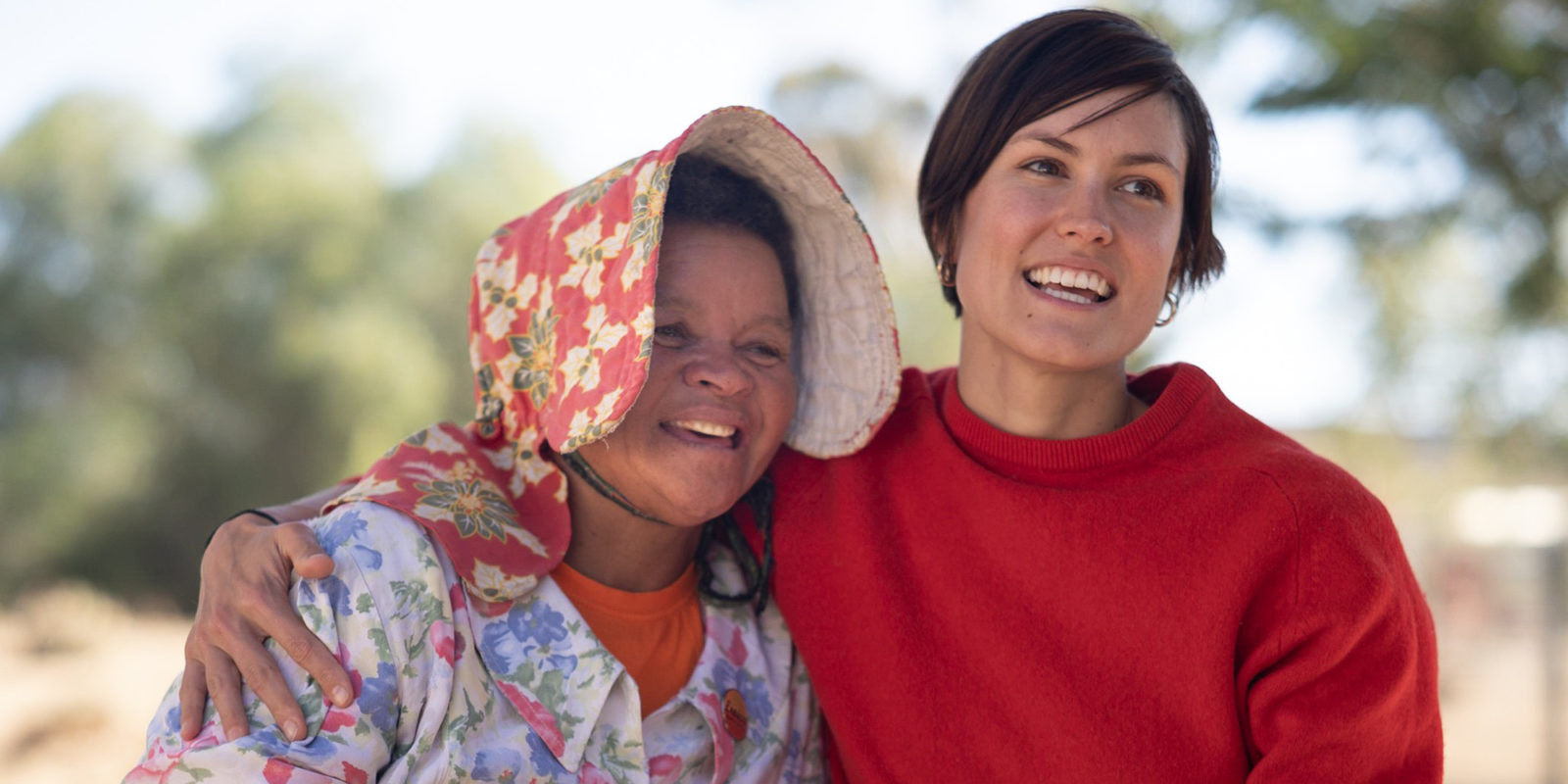 Donnet Dumas, right, and her boyfriend Stan Engelbrecht began a BackaBuddy crowdfunding campaign for Poppie van As, left, after she was invited to sell her homemade bread at a cycling race in Italy. (Photo: Stan Engelbrecht)

What happens when medical bills stack up or university tuition fees are due, and there’s no government safety net to help you out? You ask friends, acquaintances and strangers for help. South Africans in this situation are increasingly turning to online crowdfunding — where hundreds of millions of rand are raised annually through little more than simple appeals to kindness.

In late September 2019, an elderly woman from Laingsburg who sells homemade bread at the side of the road will be leaving her Western Cape home for the first time in her life on a trip to Italy.

Ntombikayise, a student whose mother is a single parent and a pensioner, will soon be completing a master’s degree in chemical engineering at the University of the Witwatersrand.

A four-year-old boy in Sea Point, Cape Town, who is the only child in South Africa to be diagnosed with a rare immune disorder, was able to receive a costly bone marrow transplant in August 2018.

What these three stories have in common: they were made possible almost entirely by online donations from ordinary South Africans.

Crowdfunding — the practice of raising small amounts of money from a large number of people on the internet — has truly come of age in South Africa. The biggest crowdfunding websites in the country report raising hundreds of millions of rands over the past few years.

Not all appeals succeed — but those that do are an unarguable riposte to the idea that in a socially fractured nation, acts of generosity between perfect strangers are on the wane.

Laingsburg’s Poppie van As — better known as Tannie Poppie — has experienced this first-hand in the past few months. Tannie Poppie is a Laingsburg character, well known to those who travel through the small Western Cape town for the homemade roosterkoek (a South African bread cooked over a braai/fire) she serves from a roadside stand.

Tannie Poppie began to sell her bread at Western Cape cycle races in 2013, at the invitation of local cyclist Stan Engelbrecht and his girlfriend Donnet Dumas. Through this involvement, she met and charmed representatives of Italian cycle race Eroica, who invited Tannie Poppie to attend their event in Gaiole, Italy, as a special guest in late September 2019.

Eroica has sponsored Tannie Poppie’s air fare and accommodation in Gaiole, but a campaign on local crowdfunding site BackaBuddy has raised enough for the Laingsburg baker to take an additional week-long tour of Italy, provide her with clothes and spending money for the trip, and support the making of a documentary about her story. To date, almost R80,000 has been donated.

“The campaign page was launched on a Thursday and by Friday midday we had raised R11,000,” Dumas told Daily Maverick.

“We knew then that there was a community of people who were looking to help each other out.”

Reflecting on the unexpected success of the appeal for Tannie Poppie, Dumas says:

“I think that South African news platforms are filled with horror stories — they are stories we have become accustomed to, unfortunately. And here was a story of a woman who had worked hard, and through that work and her absolute resilience she was making a dream of hers come true.”

BackaBuddy CEO Patrick Schoefield says the site has raised more than R42-million over the past 12 months, which he calls evidence of “the many who step up when asked to” by people championing causes or dealing with the fallout from accidents or personal catastrophe.

A recent New Yorker article reported on the massive rise of crowdfunding as a way to pay for medical expenses in the US, with a third of the money raised on US site GoFundMe in 2017 going towards healthcare costs.

South Africa is seeing a similar phenomenon. BackaBuddy spokesperson Zane Groenewald told Daily Maverick that the category of causes for which people most frequently crowdfund on the site are medical expenses, student fees and sporting tours.

“Funding of education is a massive and growing need,” Groenewald said. “We’ve seen a significant uptick in people raising in this area in recent years.”

Crowdfunding can be seen as one of the ways in which middle-class South Africans, in particular, are dealing with the reality that a social or economic safety net from the government is often unavailable.

Local crowdfunding site Feenix was launched in July 2017 specifically as a response to the financial needs of South African students who fall into the demographic known as the missing middle: too rich on paper for government funding, but too poor in reality to afford tertiary education.

The site also allows for students who are refugees or asylum-seekers in South Africa to raise money towards their studies at local universities — since, as previously reported by Daily Maverick, students who do not have a South African ID book do not qualify for financial aid.

In the two years since its launch, Feenix has raised more than R27-million towards the education of more than 2,000 students. Feenix spokesperson Mabel Mnensa told Daily Maverick that 93.57% of the site’s donors to date have been based in South Africa.

Mnensa says undergraduate and postgraduate students across all fields of study are active on the platform, and success stories are many.

She cites one such example:

“Khanyisile, a psychology honours student at the University of the Witwatersrand, registered on the platform in 2018. By sharing her story and profile on Twitter, she was able to fundraise the R36,000 she needed to graduate debt-free. She has returned to the platform this year (2019), as a donor.”

One of the criticisms of crowdfunding as a practice is that the field is not a meritocracy. Successful campaigns are often based on extreme cases: extreme heartbreak, extreme charisma. Mnensa acknowledges that the student profiles which tend to “resonate” best with potential funders are those with “good photographs and aspirational stories”.

A spokesperson for Thundafund, which bills itself as “South Africa’s leading crowdfunding platform for creatives and innovators”, told Daily Maverick that the site had experienced “wild growth” in raising money for projects in the categories of art and photography, film and video, and music.

Local band Fokofpolisiekar chose to issue a rockstar middle finger to corporate record labels by crowdfunding on the site to record and independently release their third studio album, Selfmedikasie, in 2017. The band’s campaign benefited from an existing community of passionate fans: it reached R500,000 in only a week, and ended up raising more than R1-million.

“Tech and games require working prototypes in order to market to the public, as the South African market wants to invest in tangible rewards.”

But even conventional wisdom about South African investors is being turned on its head by the recent emergence of crowdfunding platforms which allow start-up businesses to sell shares online to raise equity funding.

A web platform called Intergreatme, which digitises personal information, made headlines in May 2019 when it raised more than R32.4-million from 406 local online investors through a campaign on investment crowdfunding platform Uprise.Africa.

“The founders never had a concern about the investors; they were worried about the quality of start-ups that would come through,” Pardesi said.

“We always felt that if the right idea comes through, there will be enough people backing it.”

The story of crowdfunding in South Africa suggests that where state support fails, citizens and peers often step up to fill the gap. DM