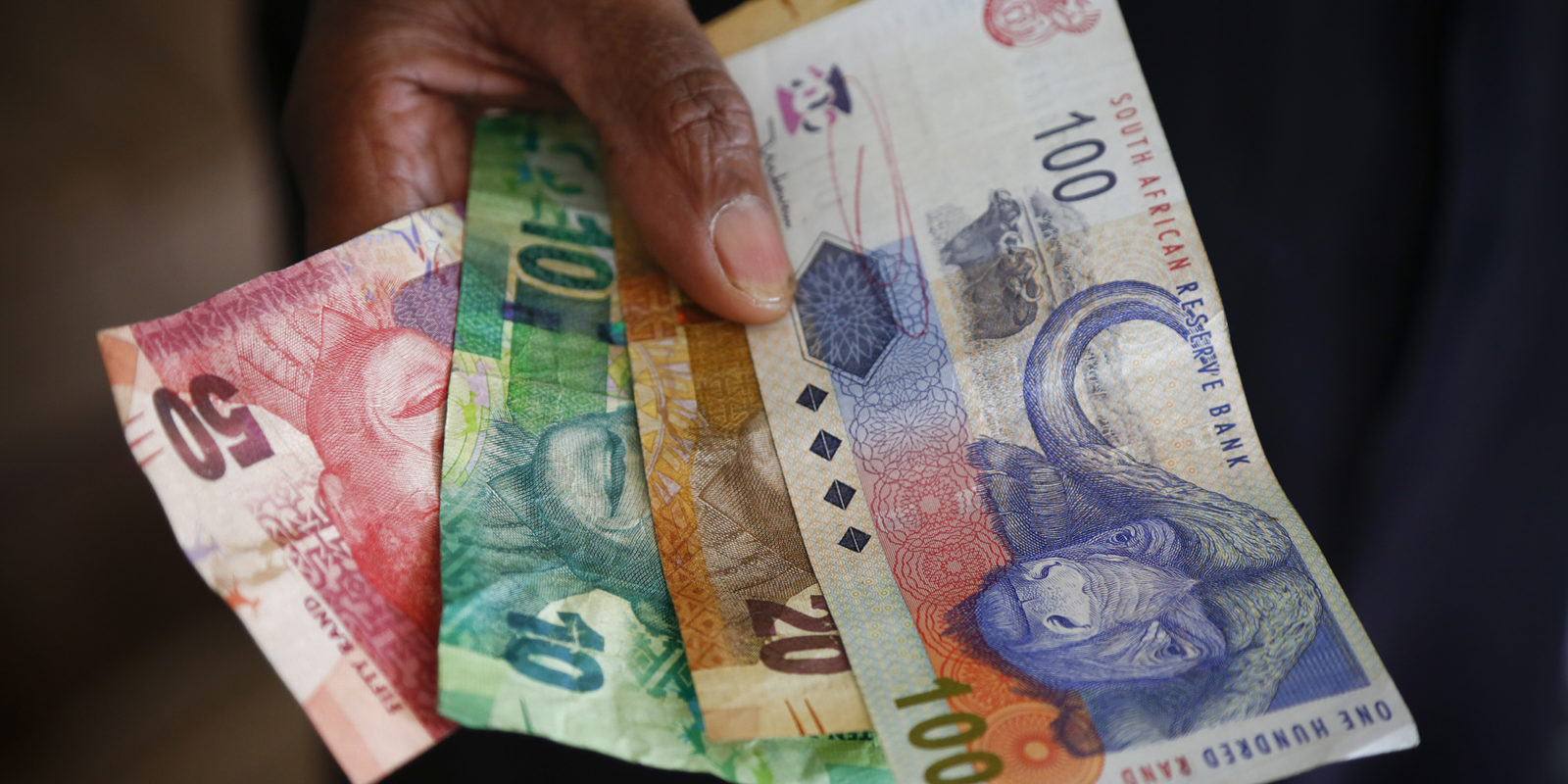 Reform will advance trench by trench, organ of state by organ of state. In its wake, South Africa will build the political and administrative wherewithal to begin to fix all its other problems, says the writer (Photo: EPA / Nic Bothma)

Prosecutions alone will not resolve the problem of corruption and patronage in South African politics. A more encompassing strategy is necessary.

South Africa has witnessed the rise of machine politics. Part One considered the dynamics of this development. Political machines work to extract resources from the public programmes of the state. They go on to tie their political leaders, by a discretionary distribution of the proceeds, by patronage, to the support base necessary to win elections and otherwise fend off threats.

South Africa’s crisis is now informed by the nationally-articulated and mass-based patronage system that these machines compose. Criminality and violence in politics, varieties of authoritarianism, policy stasis, fiscal crisis and administrative incapability, broader socio-economic decline; all regular features of worldwide experience with such systems and all evident in this country.

The spectre of prosecutions has recently been raised against the leaders of some of South Africa’s great and most deleterious political machines. Public energies have focused on this as a solution to the problem. There is little reason to believe that it will work.

The problem with prosecutions

The first political machine, operating for most of its history as New York City’s Democratic Party machine, was the Society of Saint Tammany, famous for posterity as Tammany Hall. The first major investigations were brought against it in 1806. Its last old-style boss, then eight years out of office, was prosecuted and convicted in 1969. In that long interval, Tammany anticipated all the counter-prosecutorial tactics now on frenetic, internet-age display in South Africa.

Prosecutions seek to confine machine politicians within autonomously proceeding legalities. The goal of machines is to politicise, subordinating the law to power. They continuously, as a matter of course, seek to control the points from which investigations and prosecutions might come. Prosecutorial threats, therefore, amount to incomplete breaches of standing defences. Machines retain resources and tactics for containing and closing them.

A central line of counterattack is both direct and relatively subterranean. Political machines, like Tammany and in South Africa, “lose” and destroy incriminating documentation. For manipulating investigators and witnesses, they are ordinarily overflowing with cash, with violent capabilities, and with ties into the police. They bribe. To gain leverage with blackmail, they meticulously examine personal records for potential embarrassments. They intimidate. Not least to set an example for wider communities, they kill.

Those devices can be limited in their effectiveness. They might arouse such popular outrage as to be positively counter-productive. Where this is anticipated, machines must initiate more publicly visible manoeuvres, which aim to pressure prosecutors, judges, and their political protectors into trepidation, by undercutting their legitimacy. In lieu of blackmail, machines may convert even minor indiscretions into knots of petty counter-persecutions, mobilised by extensive, “on-the-ground” patronage networks and diverse mass media manipulation. Those investigative and prosecutorial functions that remain machine-bound, like the public protector, are brought into the fray, setting leaks, launching counter-investigations, granting to otherwise flimsy exertions the authoritative imprimatur of the state.

Broader propaganda drives instrumentalise societal divisions. Prosecutorial proponents are portrayed as working in the interests of another faction or party, as from another ethnicity or race, or treasonous to their own. The prosecuted are reconstructed as great public benefactors, fighting for their people, or at least as no worse than their “persecutors”.

These tactics, so prominent a feature of the contemporary political scene, are properly interpreted as classical signs of machines on the defence in South Africa. They are not ineffective. Corruption prosecutions are difficult. They take time. Publics have limited legal-technical know-how and short political attention spans. They comprehend complex events by simplifying them under the terms of economising stereotypes. Machines, on the other hand, do this for a living. The path clears for the re-politicisation of offending investigative, prosecutorial, and judicial functions, just as counter-mobilisation comes into full swing.

In such processes, damning charges not uncommonly transmogrify into heroic vindications. Prosecutions target individuals, machines are institutions. Everyone can’t be jailed and there are multitudes vying for the positions left vacant by those that are. So, even where prosecutions are successful – often by collaboration with ambitious elements within the machines themselves – the vanquished are simply martyred and other cadres take their place.

Tammany, from first charges to last prosecutions, endured for over 150 years.

The Constitution and public administration misaligned

There is no precedent in world history where a patronage system of South African proportions has been prosecuted out of existence. Certainly, there cannot be impunity, but Tammany, like many other examples, was ultimately dismantled by people with a broader conception of strategy, with a wider set of tactics. These have formulated political-administrative solutions that don’t demobilise movements in longwinded and uncertain juridical processes. They have truncated the power of patronage forces by chipping away at its sources.

Machines, to generate a supply of patronage, must be able to interfere in administrative processes, distributing public resources on a case-by-case basis directly to their political supporters. Reformers, recognising this, have sought to insulate these processes. Even while enhancing political capacities for policy direction, their pre-eminent concern has been to emancipate public administrators from arbitrariness in personnel practices. Putting appointment, career progression, and dismissal on a rule-bound and professional basis, they have incentivised and empowered public servants to resist illicit advances.

The Constitution of the Republic of South Africa provides for this. Chapter 10, read with implementing legislation, makes no allowance for political criteria to enter into personnel decisions in the public administration. It states that employment and personnel management practices must be based on ability, objectivity, fairness, and demographic representivity. It asserts that no employee may be favoured or prejudiced on grounds of their support for a particular political party or cause. It creates an exception for the appointment of a limited staff of special advisers on policy considerations, as regulated under section 12A of the Public Service Act.

Political criteria in appointments and removals being thus excluded by law, implementing legislation nonetheless gives to politicians all the powers necessary to include them in practice.

The norm is that politicians decide who sits on recommendatory selection committees and politicians appoint. In many organs of state, by operation of law or by delegations, administrative heads are given powers to appoint their subordinates, but politicians still appoint heads unchecked and can be trusted to ensure that their pick is allied and open to cascading political preferences down the hierarchy. Assertions of administrative integrity being rendered exceptional, should they occur politicians can address them with the facility, because they also control processes of precautionary suspension and removal.

It is, then, generally evidenced and widely assumed that political criteria operate pervasively. Meddling in administrative processes is made easy. A realignment to the Constitution is necessary.

An Outline of Reform

There are a number of ways in which this might be done. Only one option is presented here, in bare outline, for illustrative purposes. It deals with the public service, which includes national and provincial departments and components.

A new statute could provide for the following:

The system thus described has the virtue of simplicity. It avoids turning the Commission into a bottleneck and maximises intra-departmental control and flexibility. It creates, most significantly, a functioning set of “tiered-screens”, duties being segregated in such a way that no single person or group can easily control the outcomes of personnel processes. It follows that no single person or group will easily place their political associates across administrative processes, nor, therefore, easily redirect public resources as patronage to their political supporters.

The process of reform

Practical people will note that vested interests are too powerful for this ideal to be attainable. Clearly, these interests are too powerful for it to be attained all at once, but that won’t be necessary. Politics, it has been said, is a strong and slow boring of hard boards. The United States from the late 19th Century, countries such as Chile, Mexico, and Albania more recently, have achieved notable successes in this area by moving incrementally.

The initial thrust, along something like the lines above, must by necessity be legislative, as opportunities present themselves and are created. There will be a single statute each for the public service and for municipalities. There should be similar, single pieces of primary legislation for state-owned enterprises and other public entities, with likely a more complicated series for criminal justice institutions and security services. Crucially, none need have any force initially. Instead, each statute must include what is called a “covering-in” clause, which gives the president the power to proclaim specific organs of state as “covered in” under its terms. Only a parliamentary statute could then uncover, a proclamation would be otherwise irreversible.

Presidents, thankfully, have no power to force the prosecution of specific individuals. Covering-in will give them a credible alternative mechanism for proving their anti-corruption credentials, one actually within their power. When a public administration collapses, pressure could be brought to clear out malfeasance and cover-in. If there is systemic failure to fulfil executive obligations in terms of the Constitution or other legislation, clear out and cover-in. If audit outcomes reveal a control environment that has broken down or if scandal casts attention to political interference, cover-in. Crucial functions requiring relatively independent operation can be covered-in. Those patronage machines that practise moderation, that don’t eat up the cogs, will be allowed to persist. Those that are rapacious will face the covering-in clause.

Early extensions will demonstrate efficacy for later efforts. Reform-minded people will have something tangible to aim for. The South African state is not – contrary to certain vulgarisations of Marx that do the rounds – simply an instrument entrenching the dominance of a small part of the population. It is a crystallisation of past struggles, institutionalising significant, material advances for workers and poor people, black people and women. The state’s corruption, therefore, has inevitably provoked a response from a wide cross-section of South Africans. In order to grow, that response needs something “to do”. The reform process sketched here provides something concrete, provenly efficacious, and enduring to mobilise for.

Reform will advance trench by trench, organ of state by organ of state. In its wake, South Africa will build the political and administrative wherewithal to begin to fix all its other problems. DM

Ryan Brunette is a Research Associate at the Public Affairs Research Institute, at Wits and UCT. He is studying for a PhD in Political Science at the Graduate School and University Center of the City University of New York. The general public will soon learn about a programme of practical gatherings to resolve South Africa’s governmental crisis. This series has been written as a contribution to that process. #BetterState

What a people-centred response to Covid-19 would look like