Mkhwebane claims she walks in the footsteps of her predecessors 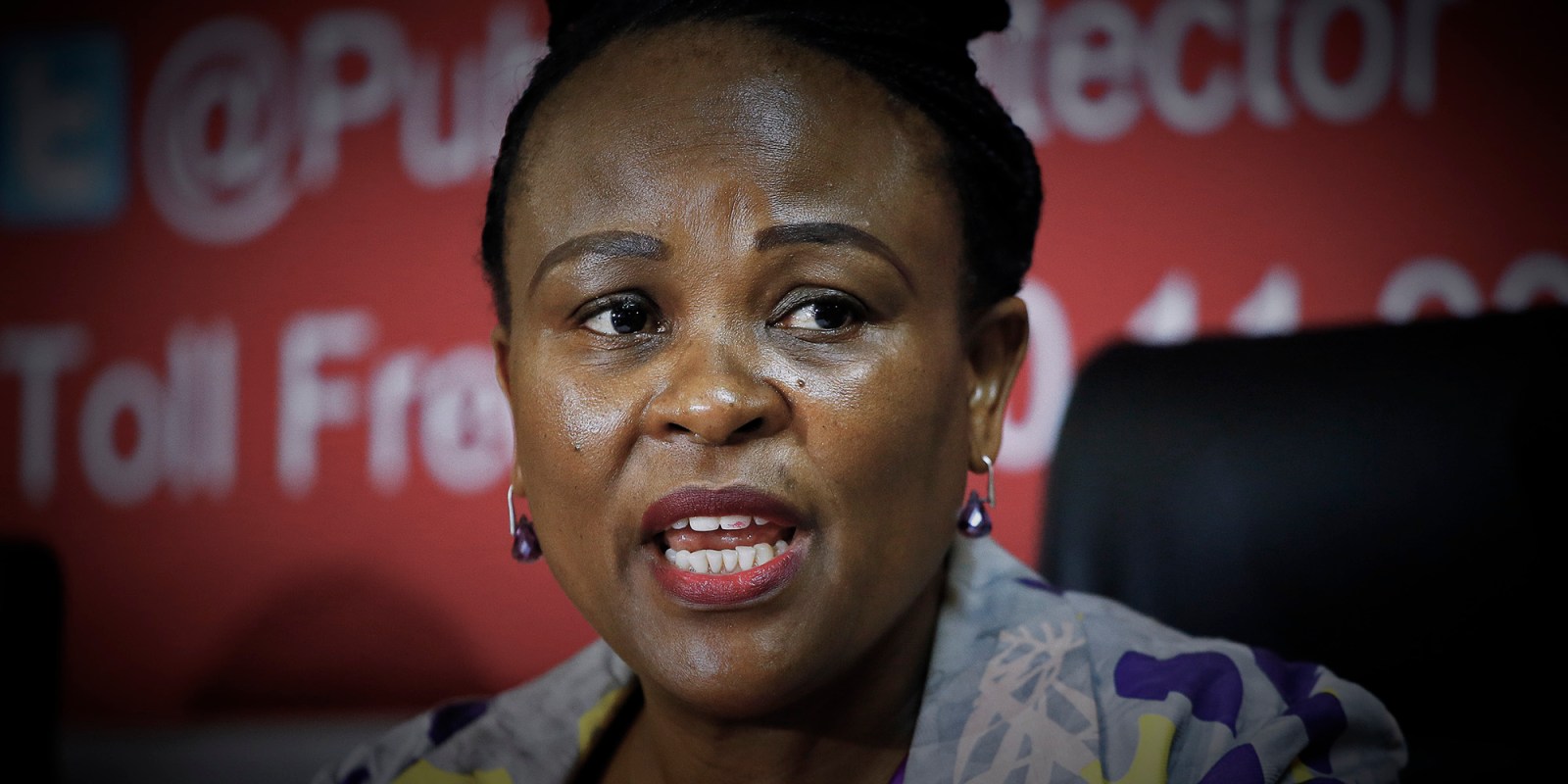 Busisiwe Mkhwebane tells a gathering in Tembisa that her office is not a divisive political tool, as many people have claimed.

“We are not politicians; we are not even in that space. But we operate in a political space. When we do our work, we are purely dealing with the law.” So said Public Protector Busisiwe Mkhwebane to people in Tembisa in Ekurhuleni.

“Media shouldn’t report as though the current Public Protector’s ways of doing the job is wrong or is not supposed to happen. The former public protectors were doing the same thing.”

Mkhwebane was speaking at her office’s stakeholder roadshow at Rabasotho Community Centre on Wednesday 21 August 2019.

Over the last few weeks, Mkhwebane has dominated public discourse as a result of her findings involving Public Enterprises Minister Pravin Gordhan and President Cyril Ramaphosa, to name a few. Not only have the findings been set aside by courts, but she has been heavily criticised by judges. Her biggest setback was a Constitutional Court judgment which found (in support of a High Court ruling) she had acted in “bad faith” in her Bankorp/Absa report.

Despite all the heat, she is being subjected to, Mkhwebane is appealing to the Constitutional Court against an interim interdict suspending her South African Revenue Service “rogue unit” report.

Responding to questions posed about this move after Wednesday’s community engagement, Mkhwebane said she was acting in the same capacity as her predecessor when the Constitutional Court ruled in favour of the Public Protector’s office on the Nkandla report about the binding nature of remedial actions.

Though Mkhwebane has dismissed the idea that her office is meddling in politics, she received support from the Economic Freedom Fighters, with Ekurhuleni mayor, Mzwanile Masina, following the pack.

Masina – who showed support for former president Jacob Zuma during his “victim-play” testimony at the Zondo Commission of Inquiry into State Capture – questioned those who want to remove Mkhwebane from office.

“The previous public protector was praised by almost everyone. By politicians, civil society, government officials. What is clear is that Busi Mkhwebane is under attack. From everyone,” said Masina.

“Why must we go to parliament to get a two-thirds majority to remove a person who has been democratically elected?” asked the mayor.

This statement was applauded by the crowd and some community members expressed disappointment with the widespread criticism of Mkhwebane.

“The Public Protector is exposing a lot of people and telling the truth,” said community member Simon Lelaka. “People who speak truth are often punished and attacked. And I know how that feels like because, as a community leader, I am always attacked because of my truth.”

Another audience member, who identified herself as Duduzile, said: “I support Mme Busi. She is doing her job and some people are not happy because they are being exposed.”

The Public Protector explained that she does not personally undertake investigations; experienced investigators handle all complaints brought to her office.

“I don’t go around and say today this one must be found to have committed any misconduct,” Mkhwebane said. DM