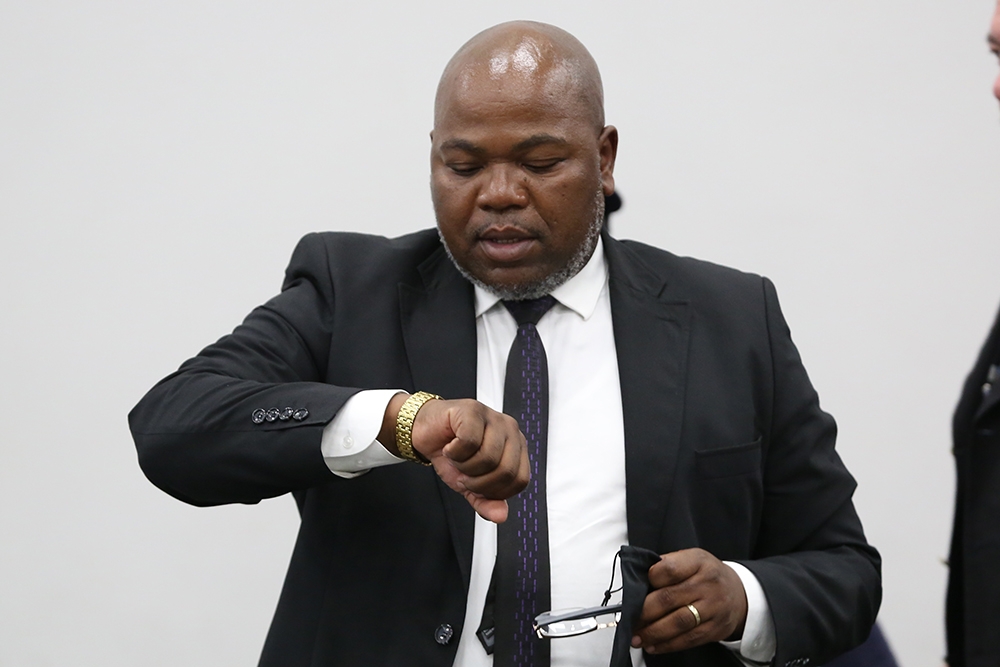 Nxasana claims that during a meeting with Zuma in 2014, Zuma told him he would go “crazy” at the mere mention of Ngcuka’s name. Nxasana resumed his evidence at the Commission of Inquiry Into Allegations of State Capture, Corruption and Fraud on Monday, 19 August. He previously testified in June at the Chair’s request.

On Monday, Nxasana testified about a meeting in KwaZulu-Natal in 2014. He said Zuma agreed to meet him after Nxasana filed an interdict; Nxasana repeatedly sought an audience with the then president to discuss a “campaign” against him.

Nxasana accused former Acting NDPP Advocate Nomgcobo Jiba and former Head of the Specialised Commercial Crimes Unit of the National Prosecuting Authority (NPA) Lawrence Mrwebi of leading a plot against him, based on misinformation.

Jiba, alleges Nxasana, turned against him because Zuma appointed him as NDPP, after she had served in the same role in an acting capacity. Nxasana claims Jiba had high hopes of being permanently appointed to the NPA’s top post. He’s suggested Jiba was antagonistic, because she had been snubbed for the job.

“Minister Jeff Radebe had promised her that he was going to recommend her,” testified Nxasana on what he says Zuma’s then attorney Michael Hulley told him. Former minister of justice and Constitutional Development, Radebe, reportedly prepared a memorandum tipping Jiba as permanent NDPP.

“It wasn’t personal at all,” said Nxasana of Jiba’s reported campaign against him. Nxasana even described Jiba as a “nice” person, based on their face-to-face interactions.

He testified Zuma’s attitude toward him changed, however, after a rumour began to circulate that Nxasana planned to reinstate criminal charges against him. Nxasana claims those close to Zuma discouraged Zuma from meeting Nxasana, and he had to “chase” Hulley in a bid to meet his boss.

“The president was reluctant, he didn’t want to see me,” he said. Nxasana testified he “had not even seen the docket” regarding criminal charges against Zuma because, at the time, Jiba held it. “It was a very trying moment for me,” he told Chairperson Deputy Chief Justice Raymond Zondo.

Nxasana testified that during the 2014 meeting in KwaZulu-Natal, Zuma told Nxasana of alleged meetings Nxasana was said to be attending with former NDPP Ngcuka. “Even to this date, I have never even talked with Mr Ngcuka. We’ve never met. We’ve never even exchanged pleasantries for that matter,” insisted Nxasana.

Zondo was curious about the meeting, and asked if Zuma indicated whether or not he had been told Nxasana planned to reinstate charges against him. “No, he didn’t go that far,” replied Nxasana. He told Zuma that he was aware of a rumour making the rounds, and insisted he knew it was Jiba and Mrwebi who were (allegedly) telling Zuma as much.

“They also peddled some misinformation to the president that I intended to reinstate charges against him. That I stay, because every corner that I went to, I was confronted by the same question,” said Nxasana. “I had not even seen that docket itself. The docket at the time still remained with Advocate Jiba and she had not given the docket to me,” he added.

Nxasana reported on Zuma’s apparent hostility toward him. “He said the information that he had is that I was meeting Ngcuka at a certain flat in Durban and those people were even prepared to go and show him the flat where Ngcuka and I would meet,” recalled Nxasana.

“And he then said to me, you know, mfana ngithi, once a person mentions the name of that person, of Ngcuka, I simply go crazy, because that person (referring to Mr Ngcuka) he hates. Ngcuka hates the president.”

Nxasana told Zondo that he sought a subsequent meeting with the president, but Zuma was wary. “He was told […] that I would come there wired,” said Nxasana, who then joked he didn’t mind meeting Zuma naked so that Zuma would know that Nxasana was not wearing a wire.

Much of Nxasana’s testimony before Zondo is a repeat of information already in the public domain. More than a year ago, the Constitutional Court ruled that Zuma’s firing Nxasana was invalid and thus set aside. The apex court ordered Nxasana repay R11-million of the R17.3-million payout he receivedon leaving the NPA in 2015. His papers in that case have been submitted to the State Capture Inquiry.

“Former president Zuma was bent on getting rid of Mr Nxasana by whatever means he could muster. His was an approach that kept on mutating: it was first a stick; then a carrot; a stick once more; and eventually a carrot,” the 2018 judgment read.

Nxasana testified on measures he reports he took to tackle instability in the NPA. He’s told Zondo that in July 2014, he received an email notifying him Zuma had initiated a Commission of Inquiry into his fitness to hold office.

The same month Zuma notified Nxasana that he was suspended pending the outcome of the probe. Zuma alluded to Nxasana’s violent conduct. Nxasana testified he was convicted for common assault in 1986; he could only assume Zuma’s remark was in reference to that matter nearly 30 years prior, which Nxasana testified he had already disclosed.

In June, Nxasana testified on the relatively informal process that led to his appointment as NDPP. He testified that he was first approached by Hulley in a call, after which he met Zuma for about half an hour at the Presidential guesthouse Mahlamba Ndlopfu. He also told Zondo he was only subject to security checks following his appointment.

Nxasana said Zuma told him about the NDPP role and, in Zulu, described it “as a position where spears would be directed at you” which turned out to be quite the prophecy.

Nxasana’s testimony was set to continue on Monday afternoon. DM