The Great Divider: Busisiwe Mkhwebane and the crucial fights to come 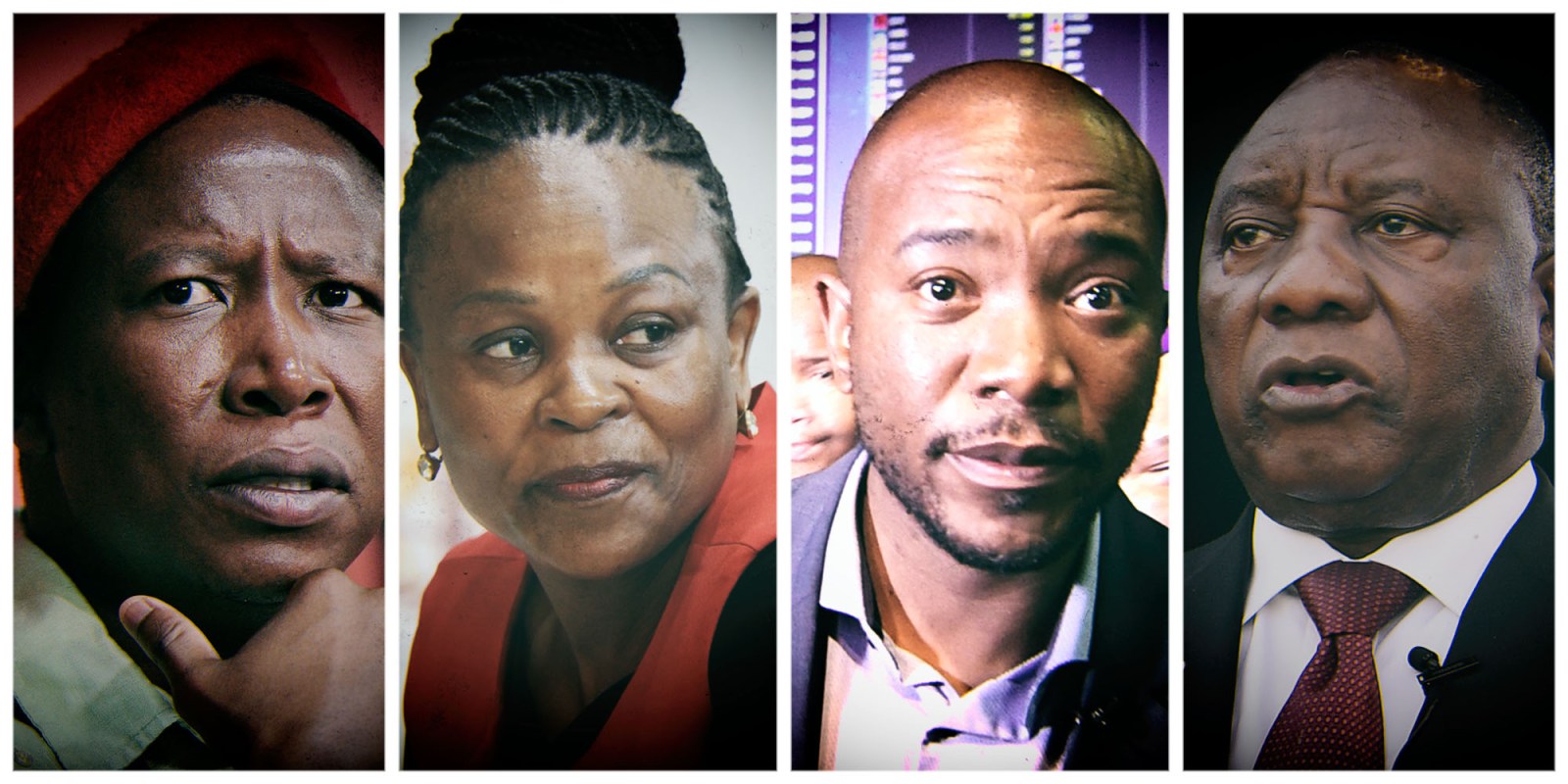 As pressure mounts for her ousting, Public Protector Busisiwe Mkhwebane has given every indication that she will fight tooth and nail to stay in office, Indeed, ‘only God’ can remove her. Or Parliament.

Over the weekend, the DA again demanded that the public protector, advocate Busisiwe Mkhwebane, be removed from office. On Thursday 15 August, the ANC’s deputy secretary-general, Jessie Duarte, said she wasn’t convinced Mkhwebane should go.

In just two weeks’ time, at the beginning of September, Parliament is due to start a process that could lead to an inquiry into Mkhwebane’s conduct, and then her removal. It is clear a battle royal is coming, involving the DA, the EFF (which supports her) and different factions in the ANC. The stakes could not be higher for President Cyril Ramaphosa, leaders in the ANC, and Parliament itself.

Over the past few months, there has been no more divisive issue than Mkhwebane and her findings. She has, in quick succession, fallen short of investigating the actions of ANC Secretary-General Ace Magashule in the Vrede dairy case, extended her investigation into Ramaphosa’s comments in Parliament to a full-scale probe into the funding of his CR17 campaign (with the subsequent leaking of emails revealing some of the funders of that campaign), lost/got slammed several cases in court, and been found to have lied under oath by the Constitutional Court.

Whether or not she will be removed is both a political and a legal question.

Legally, it appears fairly simple. The Constitution provides for the removal of the public protector on the grounds of “misconduct, incapacity or incompetence”. The finding on those grounds has to be made by Parliament’s Justice and Correctional Services Committee.

After the court rulings against her, Mkhwebane may well fall foul of two of those grounds. The finding, upheld by the Constitutional Court, that she lied under oath in the Absa/Bankcorp case (and has not explained the lie) is surely misconduct on her part. Other judges have described her remedial action as “nonsensical” while her conduct was called “mind-boggling” by another judge.

This could constitute a finding of “incompetence” against her.

However, in a report by News 24, the DA says a legal opinion has advised it: “We ought to pay serious attention to the process the committee follows, because we cannot simply move in despite all the adverse findings against the [public protector] and assume because of that, she is unfit to hold office”.

Mkhwebane has given every indication that she herself will fight tooth and nail to stay in office, suggesting that “only God” can remove her.

Then there are the political arguments to defend her.

On Thursday, Duarte said: “The previous public protector did the same, but we liked her because she did it against somebody the media didn’t much like.” That is a reference to former president Jacob Zuma.

Duarte went on to say that the finding of lying under oath was a difficulty… “let’s take it to Parliament”.

“I would be more worried in future if the public protector decided in future not to do what the Constitution instructs me to do.”

She backed Ramaphosa’s review application of Mkhwebane’s findings, saying “he has every right” to do that.

Duarte appears to be sitting on both sides of the fence.

But one of the most often-heard arguments in favour of Mkhwebane deserves closer examination. It’s been said, by some in the ANC and in the EFF, and by others, that to remove Mkhwebane for her findings on Ramaphosa would be to weaken the Office of the Public Protector itself. Duarte appears to be suggesting something similar.

Some go further, claiming that the judicial disapproval of Mkhwebane is weakening her office. This suggests that if courts cannot criticise her and she cannot be removed for problems with her findings, then she can do whatever she pleases without any hindrance. In other words, the public protector and only the public protector, through being immune from her findings being reversed by a judge, is the only public official that cannot be a subject to any checks and balances.

This surely cannot hold. Even the president’s executive decisions can be overturned by the courts, and judges have expressed their displeasure at a sitting president’s actions. To say that the public protector, or anyone, is above the courts is simply not sustainable.

Her critics will also argue that Mkhwebane’s continued presence will weaken the office further. They will say that even in cases completely removed from politics her decisions have been overturned by judges.

The real decision, in the end, will be a political one, and will be largely decided by ANC internal politics. If the party’s National Executive Committee decides she must go, the instructions to the Justice Committee members and the rest of the caucus will follow.

The final parliamentary process requires two-thirds of members of the National Assembly to vote for her to go. Which would mean almost the full caucus of the ANC would have to vote with the DA. Presumably, the EFF would vote for her to stay.

However, given the stakes here and the recent history of our politics, it is likely that all concerned will go to court no matter what happens.

If Mkhwebane is removed she might well challenge Parliament’s decision in court. While judges are loath to tell Parliament what to do, they can rule that certain processes or procedures are flawed. They can say that this procedure was not properly followed and led to the wrong outcome. But they are unlikely to say what the “right” outcome would be.

If Parliament were to decide not to remove Mkhwebane, the DA could well take that decision to court.

This could drag on for another two years through the traditional court circuit.

In the meantime, courts could start losing patience. Should appeals be brought which do not create new law and merely follow earlier precedents, it is possible the Supreme Court of Appeal and the Constitutional Court will refuse to hear them. But they could also decide it is important to hear these cases.

There is still much politics and lawfare to come, and it seems Mkhwebane may occupy this office for some time. However, her legitimacy, or whatever is left of it, could run out if the series of court rulings against her continues. She could become so politically weakened that, even though she would still hold the office of the public protector, she herself would be routinely dismissed. However, her legal power to subpoena information is still a potent weapon and could play a significant role in SA politics. The battle over her continuing stay in such a crucial position may define the future of our democracy. DM