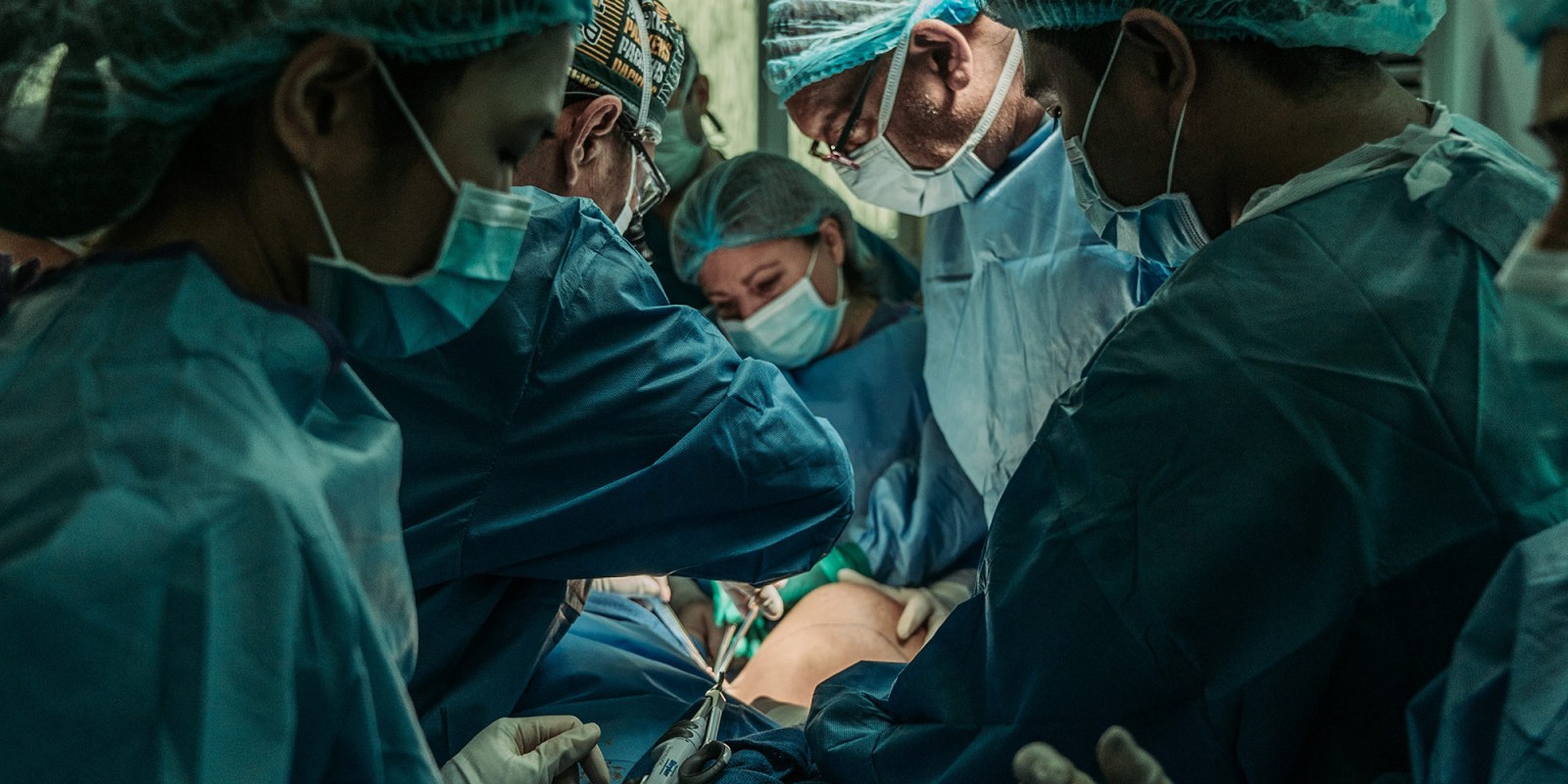 At the centre of providing universal health care are people and ensuring equitable health services, but can the health minister prevent the private sector from hijacking National Health Insurance? HEALTH-E’s Sibongile Nkosi reports.

There are no arguments that South Africa’s health system needs urgent reforms to achieve universal healthcare. However, the bigger and more critical question is how the National Health Insurance (NHI) Bill will deliver universal and quality health services for the 80% of people in South Africa who rely on government clinics and hospitals in the current ailing health system.

A week ago, the Minister of Health, Dr Zweli Mkhize, introduced the much-contested bill in Parliament and said South Africa was “one step closer” to universal healthcare for all. According to the bill, the National Health Insurance Fund will be established as an “autonomous public entity” to “pool the allocated resources in order to procure healthcare services, medicines, and health-related products from healthcare service providers and suppliers that are certified and accredited”.

In his speech, Mkhize said the NHI is based on the principles of social solidarity where we look after each other in times of medical need.

As it makes its way through Parliament, fears are mounting that the NHI Bill — that aims to address inefficiency and inequity in healthcare — will not live up to its ambitious expectation and could be captured by private medical services.

The bill needs more time, to reflect and effectively respond to some of the critical issues that emerged from the pilot phase. In 2012, the first phase of the NHI focused on piloting a health system through the re-engineering of primary health care. This pilot assessed whether a primary healthcare package that included healthcare teams and intensifying referral systems could strengthen the public health system.

Public health users were hopeful, since this meant more resources and infrastructure. Budgets were allocated to provinces to improve primary healthcare services in districts, including contracting of doctors working in clinics. But provinces struggled to attract general practitioners. For instance, in 2015, the Eastern Cape used only 19% of the NHI budget.

This has serious implications for public health users even as the minister pushes the bill forward.

In addition to technical details of the bill and governance concerns, NHI will be experienced at first-hand by the poorest and most vulnerable groups in South Africa, such as women and children from low-income communities. These same people are already bearing the brunt of the current unequal and deficient health services.

During the pilot phase, people were promised that clinic queues would be shorter because healthcare services would come to their doorsteps. In cases where a patient’s condition was critical, the NHI promised a referral system from the local clinic to a contracted doctor who would then refer them to a district hospital to be seen by a specialist.

This seems impossible to implement and sustain in the current form of the Bill.

The results also confirmed already existing inefficiencies of public facilities such as a shortage of doctors, the long distances patients have to travel to their nearest clinic or hospital and shortages of medical equipment and drugs.

The minister needs to guarantee that the NHI will not result in another Life Esidimeni, where the Gauteng health department moved more than 1,500 mental health patients from state-funded care to 122 unlicensed NGOs, resulting in 144 deaths. It’s crucial for the minister to ensure this bill will not leave patients stranded without the promised quality of care, which may result in avoidable deaths.

A growing concern, however, is how the government will ensure it doesn’t drift from its bold vision of “social solidarity” between the private sector and the public service. The threat of private industry capture, such as inflating costs for procuring health services, will result in poor people suffering the most. It’s clear SA needs an equitable health system, but how will the minister guard it against corruption and extortion?

The NHI must be beneficial for people, particularly those in rural areas and outside of big cities. We cannot afford another form of State Capture at the hands of private health providers and at the expense of people. DM