Oom Bulletjie and the Secrets held by Karoo Mountains 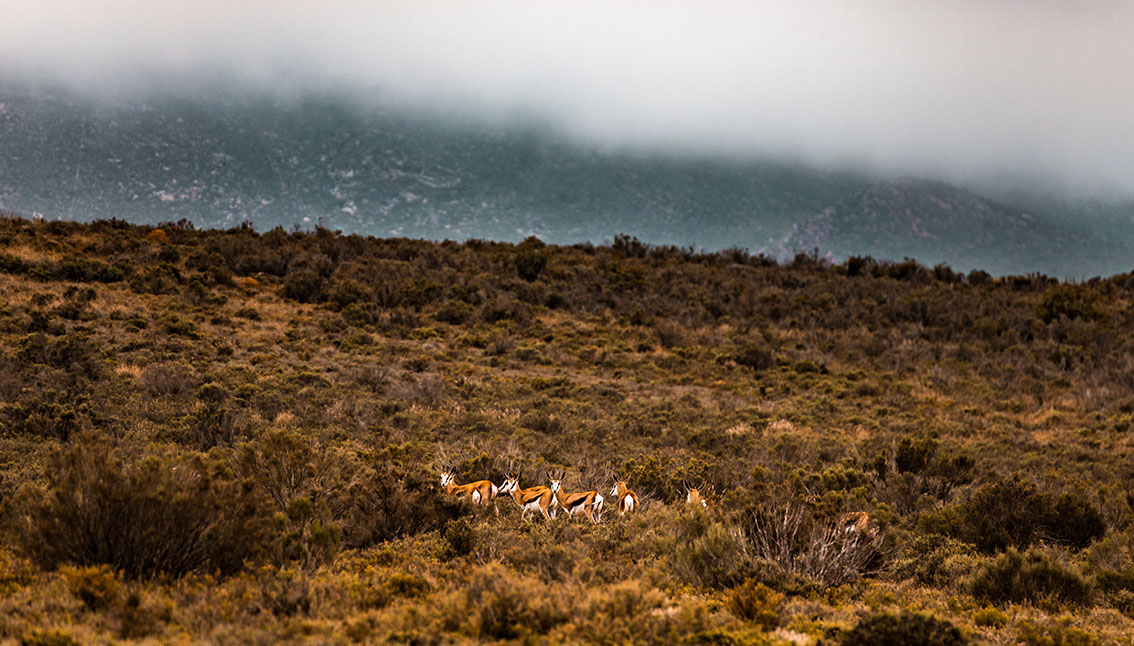 Photo by Red Charlie on Unsplash

When a Townie like you goes to the farm, there’s always something to learn. You’ve long since accepted that you’re a Townie now. Your old city ways are far behind you and when you go to Cape Town now and sit in traffic through the Southern Suburbs for an h0ur and a half just to drive the 15km home, you vloek like Oom Bulletjie does when a jakkals has got through the fence and killed one of his lambs.

When you drive from town to town in remote parts of South Africa, through long, broad valleys with mountains towering on each side, it may not seem obvious that high up there on the mountain tops lie entire worlds. There are farms up there, and roads that lead to more farms and other towns.

That sandy-brown strip of a road that crawls its way up that mountain leads somewhere. You may see a trail of bakkie-dust halfway along such a distant mountain road. That’s Oom Bulletjie Joubert with a load of merinos in the back he bought at the auction in town this morning. Got them for a good price while muttering about the wool price being as down as the general mood at the agricultural show last week, before they opened the bar.

You thought Oom Bulletjie’s farm was just at the top of that mountain, just after you reach the summit, but you thought wrong, because when you got up there, last June, all you found was other people’s farms and a road – more like a gnarled, rock-ridden track – that went on for a good 20 kays or more, before you got to Swaersfontein farm and checked your tyres. You needed Tannie Tokkie’s homemade lemonade then, and she didn’t notice you add a dop of brandy to it.

That was the weekend you found out more than you ever knew about hunting, because Bulletjie had had a group of hunters the previous weekend and they’d klapped (to use Bulletjie’s word) 18 rheebuck (ribbok) and a warthog for luck. (Bulletjie won’t divulge how he got his name but word in the Swaershoek is that when he was five he was tossed by a bull but got up and faced the great creature, which was cowed and slunk away, although Tannie Tokkie just smiles when she hears the story.)

When a Townie like you goes to the farm, there’s always something to learn. You’ve long since accepted that you’re a Townie now. Your old city ways are far behind you and when you go to Cape Town now and sit in traffic through the Southern Suburbs for an h0ur and a half just to drive the 15km home, you vloek like Oom Bulletjie does when a jakkals has got through the fence and killed one of his lambs.

Townies are people removed from the core of these communities, which swirl around the centrifuge of the farm life. The bakkies cruise into town and they cruise out again, with livestock or strange implements stacked on the back. Great double-decker trucks with sheep packed like woolly sardines rumble past your house, and you soothe your city conscience by reminding yourself that you have eaten lamb and mutton all your life and you can’t pretend you had no idea where it came from.

As Bulletjie told you one night under the stars on his broad stoep: This is what I am born to. It’s not a choice, it is what it is. It is my honour and my duty. Bulletjie has the travel bug, and that is hard for him. He winces when he reads or hears of a Townie or, worse, a city type dismiss his community as just a bunch of rich farmers born to privilege. Yes, I have my farm, he tells you, but in truth the bank has it. I am tied to my land and cannot leave it to see the world that I yearn to see. I may never see the Eiffel Tower or the Statue of Liberty outside of a magazine or the TV. What does a Townie (your turn to wince, now) know about my days and weeks and months and years. Every one of them, up at dawn, in bed by nine, and work work work in between; the never-ending demands, and the solitude, the loneliness. And the ever-present fear that one month more of drought, or one more drop in the wool price, can be the final nail in the coffin, and you can never be sure whether three, or five, or seven months from now it will all be done. You never know what the next summer will bring – copious rain, or none at all; and off you go to town to load up pellets to keep the flocks alive. And if you go down, if the farm is handed over, you will have failed in the duty that was bestowed on you by birth. Like the guy in the next valley who just locked the farm gate and walked away last summer. Walked away, while his neighbours looked at their feet, no words adequate. The price of the “privilege”, Bulletjie says, is a very steep one to pay.

You’ve come to understand that when Bulletjie and his mates organise a hunt, it’s not because they’ve got the bloodlust; it’s because because because… Because a porcupine dug through the ground below a fence, because a warthog donnered through another fence, because takbokke locked horns through a fence last week. Because these animals, as beautiful as they are to farmers as well as to cappuccino-sipping city types, are direct competitors for the grazing that is intended for his sheep, given that there are no large predators on hand to do the culling. Anyway, Oom Bulletjie knows his cappuccino from his Americano, so put that in your Meerschaum pipe and smoke it, as Granny Joanna from the Swaershoek used to say.

Not that the hunt is not enjoyed, when The Season comes around. Farm boys are born to this. “Klapping your first bokkie”, to a farm kid, is a savoured and honoured ritual. That boy is unlikely to start with the king of southern African game animals, the kudu. Maybe it will be a springbok or ribbok, or something more modest; a porcupine (the skin is a delicacy, like pork crackling; I ate it in the Sutherland years and loved it), a game bird such as guinea fowl, grey-winged francolin (patrys, similar to partridge), yellow-billed duck or even a tiny quail. Bulletjie’s eyes go a little misty and faraway when speaking of this. Venison biltong so dry you could snap off slithers; roasting pigeons you shot with the pellet gun you got last Christmas… come on, he says, surely you can appreciate the thought of a meal of something brought down by someone you know, by your dad or your aunt, rather than the nameless steak at the supermarket with its faceless origins?

Later, when Bulletjie had had a few more single malts, he felt it was time to tell me about the ritual of the farm boy’s first hunt; the right of passage, the ceremonial eating of a small piece of the raw liver, the face-painting with the beast’s blood; the best cuts of loin and hind leg removed from their enveloping sinews and the rest stewed for many hours until it falls off the bone to become fynvleis, used to make wildspastei (the game pies so prized in the Karoo). Fynvleis, Bulletjie points out somewhat proudly, was a thing in the Karoo long before pulled pork was a thing in the city. And don’t get him started on the “seared loin of impala with a balsamic-wasabi jus” he had at a fancy restaurant in Cape Town last year; he needed a Van der Hum or two after that.

And the boy grows and learns along the way. How game, being lean, requires a marriage with some or other fat, whether pork (it makes sense to add some to a warthog dish), mutton (for a venison potjie) or the tails of Persian sheep, used in making droëwors. How you don’t shoot a takbok (fallow deer) in the rutting season (it won’t taste right), yet shoot it at the right time and it is among the finest of game meats. How waterbuck needs to be skinned carefully so the skin is not tainted with hair. How the dark, rich flavour of springbok differs from the pale, finely grained meat of the mountain rheebok (ribbok); and eland being so much more like beef, and perhaps the game meat to offer to those who shy away from anything “gamey”. And how, over time, his palate learnt to savour the difference the beast’s diet makes to its flavour; how to identify, on the tongue and palate, the particular Karoobossies the animal has eaten.

The Townie that I am now become has elected to do this out of respect for a community that I appreciate more every day. When I “klap my first bokkie” I will be as old in decades as these okes were in years when they first had that experience. There will be qualms – there are. But I see it this way: I eat meat, unashamedly and unapologetically, so for me to argue that poor lidl bokkies should not be culled would be disingenuous. I am a part of these farmers’ community, not them of mine, and I would like to understand, from the inside, what hunting means and is all about.

I imagined how I would cook it if, say, it was a rheebuck I brought down; how I’d stew it in a potjie with some pork spek to enrich it, with cabernet for depth and muscadel for sweet; and with herbs from Bulletjie’s farm. (Here’s how I cook venison – All-Day Venison, from foodSTUFF (Human & Roussouw.)

But a thwack of out-of-the-blue illness took the possibility of all this away from me, for this season, and maybe this can be put to rights in the following winter. I imagine that whichever bokkie I may have klapped this season will still be out there, under a Big Karoo Sky, oblivious to its good fortune. Unless Bulletjie nabbed it for last weekend’s potjie, which was, come to think of it, redolent of muscadel and Karoo herbs. DM

Read ‘Roadside Ry-Go and a Scrunched Coke Can’, ‘Sympathy for the Bully’ and other tales of food and the Karoo in Tony Jackman’s foodSTUFF (Human & Rousseau), a cookbook-cum-memoir with essays about life and food, illustrated by 60 recipes, which was nominated for the Gourmand World Cookbook Awards (2018) in the category for best food writing. Book enquiries: [email protected]