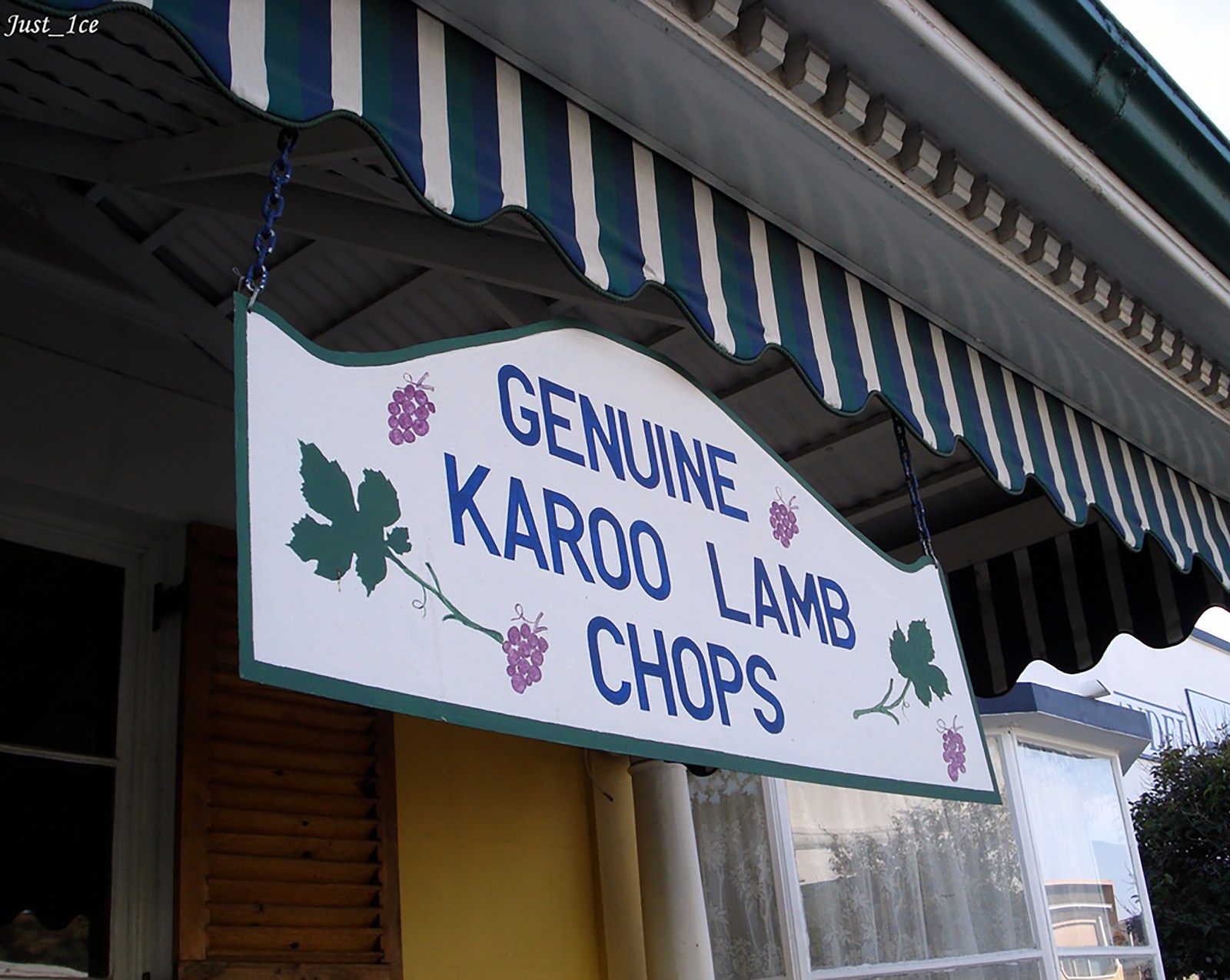 The Home of Karoo Lamb Chops, by Just-Ice on Flickr Commons

The article entitled Controversial bid for Karoo lamb to be certified gears up published in Daily Maverick on 9 August 2019 requires sober reflection. In typical journalist style, some sensation is made from the content of an email sent around by Gordon Wright from Graaff-Reinet. Tony Jackman’s reporting of a “controversial bid”, “many objections” and “hijacking of the Karoo lamb brand” does not reflect factual and honest reporting.

One comment on the Karoo Lamb Geographical Indication (GI) application hardly warrants generalisation about a decade of scientific research on this issue. I would like to put the real facts in perspective so that readers of Daily Maverick can make up their own minds.

The comments and remarks contained in Mr Wright’s email refer to the application to register Karoo Lamb as South Africa’s first Geographical Indication (GI). This application followed 13 years of research and piloting with the idea of managing a regional or “collective” brand. This new application was made according to the prescripts of the new regulations related to the registration of GIs in South Africa which was recently published in the Government Gazette of 22 March 2019. These set of rules present also one of the last pieces in the puzzle to ensure the implementation of the Economic Partnership Agreement (EPA) between South Africa and the European Union signed in 2016.

I have over the years admired Gordon Wright for his cooking philosophy which builds on the principle of honesty, local sourcing and ethical foods. He has over the last few years championed the cause of the Karoo food cuisine and heritage in cookbooks such as Karoo Food and Veld to Fork. With such an impressive track record it is expected that an initiative to protect the name Karoo Lamb from being misused, would be supported.

There are a number of people that will lose out when the GI rules are gazetted and are the ones most likely raising “objections”. They are:

Many of the criticisms to this application are rather unfortunate because it shows a clear misunderstanding of the nature and characteristics of provenance foods in Europe and the GI system that protect these origin-based foods in Europe. I was therefore particularly surprised by some of the arguments against this application especially from people who all enjoy the many famous European GIs such as Parmigiana Reggiano, Parma Ham, Balsamic Vinegar, etc.

The main issue that all these products (and Karoo Lamb and Rooibos) have in common is that the rights to their name belong to all the people from the specific region and the idea behind a GI registration is to protect the rights of the people from the region as a collective – not for any specific individual or company – but for everyone. This is why it is NOT A BRAND – it is an intellectual property (IP) right belonging to the region. This right does not belong to individuals, and the whole process of the GI application is to protect the right of a geographical region (Parma, Champagne, Karoo) from individual exploitation by people not from the region, or fraudsters within the region.

A name such as the Karoo evokes images of quality and wholesomeness, a value that can be profitably used to sell cookbooks, products, experiences, etc. But nowhere is there a verification process to ensure that the name is not misappropriated, and the IP of the region not manipulated to lay claim to products from the region when it is not. It is the same worry when someone sells you Parma Ham made in Benoni or a counterfeit Rolex watch. That is precisely how people feel if they buy Karoo Lamb (which evokes the image of free-range on Karoo bossies) that was raised outside the Karoo region, or in feedlots or on lucerne pastures. They will feel cheated.

These principles and arguments should resonate well with someone who believes in ethically sourced and origin-based foods. So, let us now try to provide more context and information by addressing each of the incorrect points raised in the Daily Maverick article:

I hope this context and explanation helps to reduce the considerable misunderstanding of the GI concept. We need a mind shift from individual IP to collective IP because the Karoo identity is something that belongs to us as South Africans and all communities in the Karoo. In order to protect it from misappropriation and food fraud we need to collaborate and not accuse. DM

Tony Jackman replies: Having invited Professor Kirsten to reply to our story, and having undertaken to publish the views of himself and others that may be contrary to the opinions reported, I am disappointed that he should impugn both my profession and my journalistic ethics. Professor Kirsten may recall that it was he, in fact, who first brought this issue to our attention when he submitted a piece about it which he requested we run anonymously.