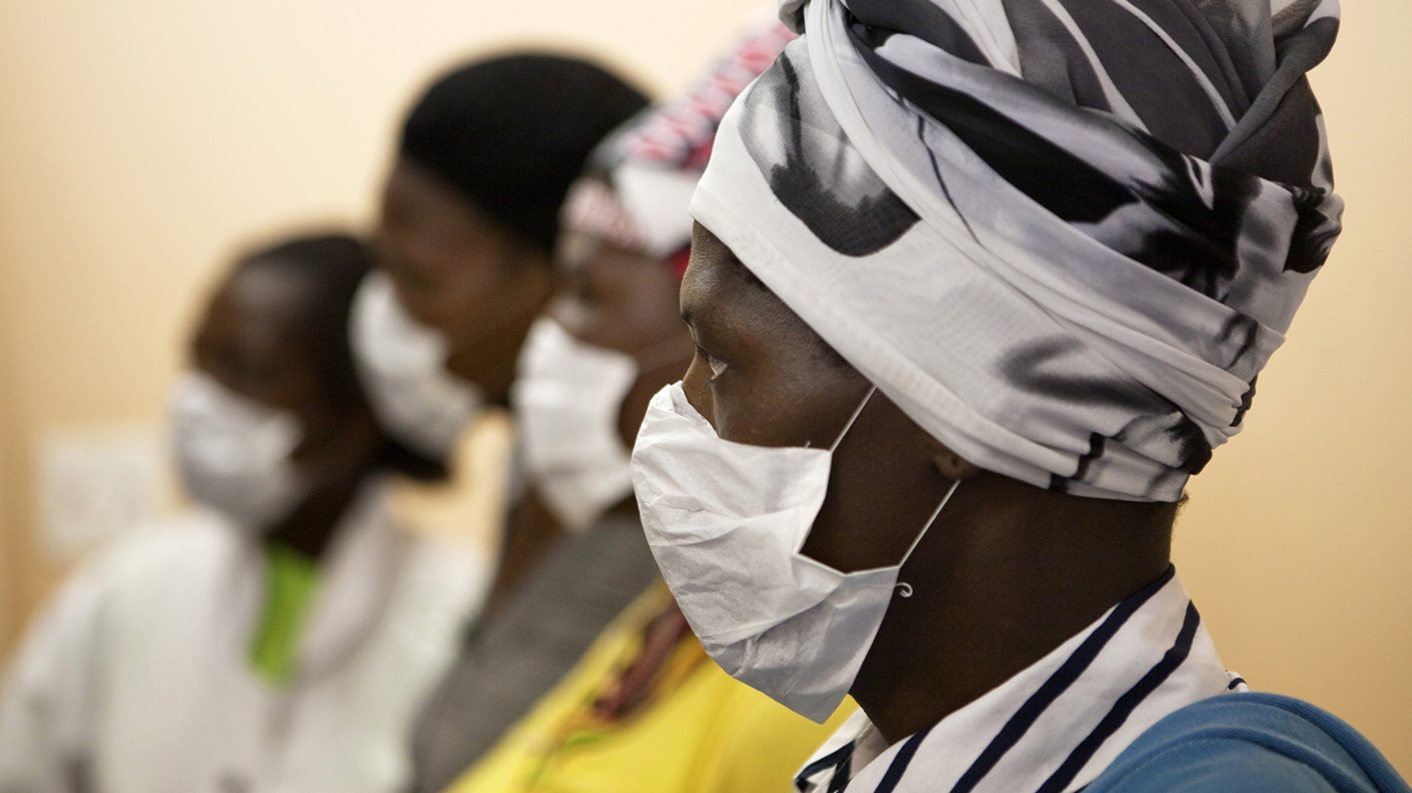 The new tuberculosis medicine pretomanid has just been registered by the United States Food and Drug Administration. What are the implications for South Africa? Amy Green reports for Spotlight.

Despite the fact that often-deadly extensively drug-resistant tuberculosis (XDR-TB) is found in roughly 127 countries, up until now it has been treated with a “kitchen sink” approach. Doctors, using their discretion, throw many, often toxic drugs into a lengthy treatment regimen – unsure if the combination will lead to a cure. XDR-TB is by definition resistant to many key tuberculosis medicines used today.

The United States Food and Drug Administration (FDA) on Wednesday 14 August 2019 approved the medicine pretomanid used in combination with specific other medicines for the treatment of XDR-TB. The approval brings hope to many in the field while others see the move as hasty and caution that it may set a dangerous precedent. Pretomanid is only the third new TB medicine to be approved by a leading regulatory authority in the last 50 years following on bedaquiline and delamanid earlier this decade.

Pretomanid was approved for use as part of a combination regimen including existing drugs bedaquiline and linezolid for the treatment of adults with pulmonary XDR-TB and treatment-intolerant or non-responsive multi-drug resistant TB (MDR-TB).

This three-medicine regimen, called BPaL, drastically shortens the treatment duration for XDR-TB from the current 18 months or longer to just six months. It has been shown to cure around nine out of 10 XDR-TB patients in a trial conducted in South Africa.

One of the principal investigators for the NixTB trial – which generated most of the evidence for the FDA decision – local scientist Dr Francesca Conradie described this as a “watershed” moment for the fight against hard-to-treat forms of TB.

“The annals of time are measured before and after Christ, whether you agree with that or not. Now people will refer to the history of drug-resistant TB as pre-Nix or post-Nix – that is the significance,” she said.

Paul Sommerfeld, who heads up the United Kingdom-based non-profit TB Alert, said drug-resistant TB has been a death sentence for far too many people for far too long.

“With pretomanid and other new drugs, cure rates for XDR-TB can be greatly increased,” he said. If there is also political will to introduce these drugs in every country, local communities and the individuals within them facing treatment can truly believe that they will be cured and in much shorter time with safer, more tolerable medication than those used in current regimens.”

But some have raised concerns that the decision is based on weak evidence and could set a dangerous precedent for other novel TB drugs in the future.

“We are excited and encouraged about the opportunity for people with difficult-to-treat forms of TB to have access to shorter and simpler treatments,” Lindsay McKenna, from the United States’ Treatment Action Group (TAG), told Spotlight.

“But we are concerned that this regimen, and specifically the new agent pretomanid, was only studied in a small group of 109 patients in the NixTB trial, which goes against the usually stringent requirements of most new medicines,” she said.

Also, she said, the NixTB trial was started in a time where the prognosis for patients with XDR-TB was extremely poor, and much has changed since drugs like bedaquiline and delamanid have come into wider use over the past few years.

While BPaL achieved 90% cure rates in a clinical trial setting this might not be the same in a programmatic setting which has less patient support and more confounding factors.

However, said Ndjeka, more than one in 10 people drop out of current XDR-TB treatment because of its long duration and multitude of side-effects, risking death as well as the spread of this resistant bacteria in their communities. According to Ndjeka, having a drastically shorter regimen with much fewer side-effects could improve the drop-out rates.

McKenna noted that the single-arm NixTB trial was not randomised and controlled, which is the usual standard by which new drugs are measured by regulatory bodies.

Conradie said that NixTB couldn’t ethically include a control arm, which would compare BPaL with the then standard of care, because historic XDR-TB treatment has such devastatingly poor success rates.

“It is a small body of evidence, I agree. While 109 patients were exposed to pretomanid in NixTB, over 1,000 in total have been exposed to the drug. We know it is safe. It doesn’t cause heart or liver problems. And there are many incidences of drugs being registered without a control arm where there were clear benefits to the regimen and where clinicians had no other treatment options for example with hepatitis C,” said Conradie.

McKenna said that while this is true, TAG would advocate for more studies to be undertaken to compare BPaL with, for example, the current bedaquiline-containing 18-month regimen currently being used in South Africa.

There are also questions about the benefit of pretomanid over delamanid, another new TB drug which has already been studied in higher numbers of patients and is already registered in many countries. The drugs have a similar mode of action and activists have called for a head-to-head study comparing BPaL to a similar regimen that replaces pretomanid with delamanid.

According to the Global TB Community Advisory Board’s testimony submitted to the FDA, full approval for pretomanid could “set a precedent with the potential to lower the evidentiary standard for the future approval of new TB drugs and regimens” noting the importance that “well-intentioned efforts to expeditiously serve the needs of TB patients today do not inadvertently do a disservice to TB patients in the future”.

But what does a decision made by a United States’ regulatory body mean for South Africa?

The World Health Organisation (WHO) is set to discuss this evidence in a November meeting, meaning the earliest time it would issue recommendations to this effect would be early next year. Previously South Africa had not waited for WHO approval to make changes to its TB programme, as was the case with the introduction of the TB medicine bedaquiline.

“Most of the research has been done in South Africa and clearly we would like to be either the first country, or among the first, to offer it to patients,” said Department of Health deputy director-general Dr Yogan Pillay. “But the issue is cost. Because the numbers of patients with XDR-TB are small, around 1,000 a year, it would be hard to negotiate price reductions based on large numbers.”

Rather than a routine and programmatic adoption of the regimen into the country’s guidelines, the department is looking to reach an arrangement where the BPaL regimen would be used in an “operational research setting”.

Pillay said that in anticipation of the FDA’s announcement, a meeting had been arranged for August 20 with stakeholders to discuss this potential arrangement with the focus being on multi-drug resistant TB (MDR-TB) patients. MDR-TB is TB that is resistant to rifampicin and isoniazid, two of the key tuberculosis medicines.

Although the focus on MDR-TB might seem peculiar, Ndjeka said that “there are 10 times as many MDR-TB patients, 10,000, compared to 1,000 XDR-TB patients a year, and for us the real benefit will come when we give newer and more effective regimens to greater numbers of people.”

The latest available data on the bedaquiline-containing nine-month MDR-TB regimen in the country showed a 73% cure rate and a 9% drop-out rate.

The objective would be to garner evidence for the BPaL regimen’s efficacy in MDR-TB to inform local and global guidelines to this effect. While Ndjeka said his department will also advocate for the inclusion of XDR-TB patients in this operational research arrangement – which could mean the country accesses the drugs for free – “it will still be a good thing if we only get it for MDR-TB”.

Even though the country won’t need to wait for WHO approval, Ndjeka said that “unfortunately it’s not a TB programme decision and involves the South African Health Products Regulatory Authority and other stakeholders.”

He added that it took about 18 months for both bedaquiline and delamanid to get past the red tape required to introduce the drugs locally.

“Realistically, considering the bureaucracy we’ve experienced in the past, I see it only coming to South Africa next year June or maybe even August – and that’s if we are fast,” he said.

Marius, a Cape Town-based participant in the Nix-TB trial, said that prior to joining the trial, lengthy treatment for XDR-TB in 2011 interfered with his job and quality of life. “I couldn’t take it any more. For nine months I took 23 tablets every day. Every day, an injection. It was terrible and still, I was not being cured. I felt dizzy the whole day and could only stay lying down,” he said.

A six-month course could help patients keep their jobs as they would need less time off work and could contribute to the wellbeing of entire families when breadwinners fall ill.

Said Marius: “This new treatment is good. I can do what I want to do. And I feel like the old Marius again.” DM

Disclosure: Spotlight editor Marcus Low is a member of the Global Tuberculosis Community Advisory Board referred to in this article.