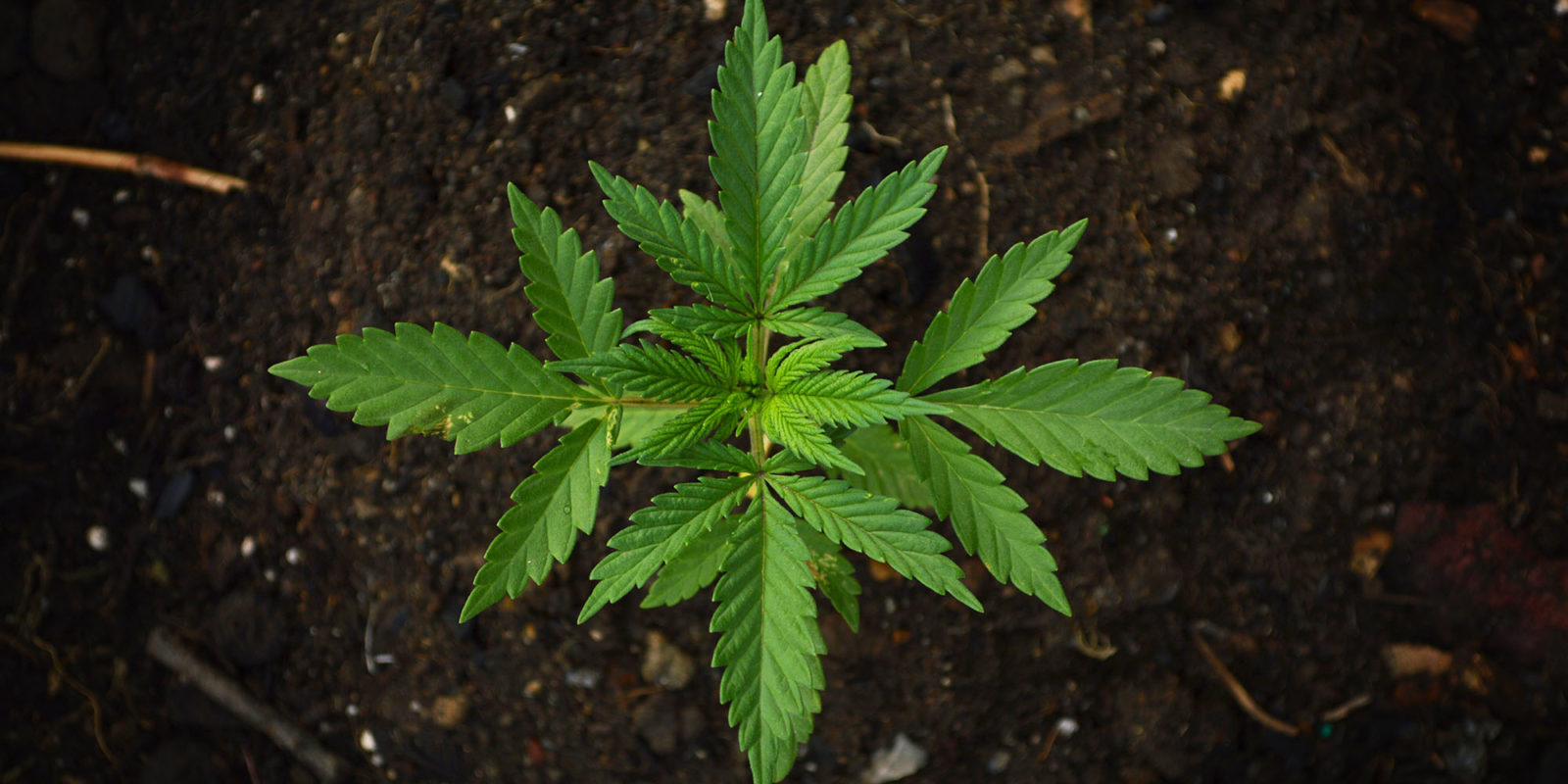 It has been established that one of the shareholders in both the London and Lesotho versions of Afriag is controversial businessman Paul de Robillard, allegedly implicated in a 2010 tax probe in South Africa as a member of a tobacco smuggling ring. (Photo: Pixabay)

Ministry ‘knew nothing’ of their links with UK multinational.

Two senior Lesotho health ministry officials who oversee cannabis industry licensing are linked to a company that plans to manufacture medicinal cannabis in the kingdom.

London-listed Afriag Global PLC announced in an interim results statement last year that it had appointed the ministry’s director of pharmaceuticals, Germina Mphoso, and its legal officer, Masello Sello, to a technical committee “responsible for reviewing potential investments within the medicinal cannabis sector and reporting to the company’s board on a regular basis”.

Afriag Global (Pty) Ltd, a Lesotho company associated with the London-listed Afriag, has been licensed to produce medicinal cannabis.

Lesotho’s Minister of Health, Nkaku Kabi, and Principal Secretary for Health, Lefu Manyokolo, told the MNN Centre for Investigative Journalism they knew nothing of the appointments.

“The ministry was not aware of [the two officials’] involvement in the cited company. We shall inform you at a later stage [of] the findings of our investigations,” Manyokolo said.

The principal secretary at the time the appointments were made, Mole Kumalo, also denied giving the required permission for the officials to serve a private company.

It has also been established that one of the shareholders in both the London and Lesotho versions of Afriag is controversial businessman Paul de Robillard, allegedly implicated in a 2010 tax probe in South Africa as a member of a tobacco smuggling ring.

De Robillard has denied the tobacco smuggling allegations. He did not answer his phone or respond to questions sent by WhatsApp about the Lesotho venture.

Kajee also failed to answer his phone or respond to WhatsApp questions.

Afriag Global PLC has said that it was “working hard towards significantly expanding our medicinal cannabis footprint in the southern African region”.

Lesotho, as the first African country to legalise the growth of cannabis for medicinal and research purposes in 2017, was an obvious target.

Canada and some states of the United States have since opened their markets for the country’s medicinal cannabis.

Mphoso and Sello’s duties include leading the Lesotho Narcotics Bureau responsible for the administration, compliance and enforcement of Drugs of Abuse Act of 2008, which governs Lesotho’s cannabis industry.

They review cannabis licence applications and make recommendations to the minister for the issuing of licences, with Mphoso scrutinising the pharmaceutical aspects and Sello checking legal compliance.

The MNN Centre for Investigative Journalism was unable to establish whether the two have been paid by the London company for their services.

Both refused to answer questions. “I am not going to disclose anything to you until you tell me where you got my phone numbers,” Sello said in a phone interview.

Mphoso insisted that questions should be addressed to the ministry’s principal secretary. “Follow the procedure, period. This is not a private matter,” she said.

This is contradicted by the minister and current and former principal secretaries’ denials.

Kumalo, the principal secretary at the time the appointments were made, said: “Should the ministry approve such appointments, that could have been done by myself as, by law, all approvals are done by the chief accounting officer. But in their case, I never approved any appointments.”

Lesotho public service regulations state that “except with the approval of the Minister, a public officer shall not undertake remunerative or unpaid work outside his or her official duties or use office equipment for such work”.

The public servant good practice code stipulates that a public officer shall “disclose to proper authority his or her direct or indirect financial interest (including loans and shares) in any undertaking”.

Contacted through Twitter, Afriag Global PLC’s executive chairman, David Lenigas, promised to respond to questions, including whether Afriag is paying Mphoso and Sello, but had not done so at the time of publication.

Initially, a company that invested in the African agri-logistics sector, Afriag announced plans last year to expand its investment strategy “to also include investments in companies, projects or products that are progressing research in and development of medicinal cannabis and its derivatives”.

Afriag engaged the services of Mphoso and Sello as its technical committee members on 20 August last year, according to the company announcement.

The announcement said Sello “has worked within the Ministry of Law and Constitutional Affairs in Lesotho, where she assisted with drafting and reviewing the country’s laws and regulations governing cannabis including Lesotho’s Drugs of Abuse (Cannabis) Regulations Medicines Control of 2018 and Medical Devices Control Bill of 2018.

“[Sello] has also worked in the Ministry of Health in Lesotho where she has gained wide experience across a number of health-related matters including the use of cannabis for medicinal purposes.”

The company said Mphoso was awarded a Master of Technology in Pharmaceutical Sciences from Tshwane University of Technology in South Africa and held the post of head of pharmacy strategy and regulation in Lesotho from 2010 to 2016.

“She was responsible for the management of pharmaceutical operations in government and private health facilities in Lesotho and compliance with relevant procedures, rules and regulations.

“Since then, [she] has worked as chairman of the Lesotho Narcotics Control Bureau. Her role involves implementing Lesotho’s Drug Abuse Act 2008, licensing matters and reviewing potential clients within Lesotho’s cannabis industry.”

De Robillard owns a 3.32% stake in Afriag Global PLC, according to the company’s website, while Afriag Global (Pty) Ltd, the Lesotho company, is jointly owned by De Robillard and Bokang Matsipa, a Lesotho national.

Matsipa confirmed that the Lesotho company has acquired a licence to produce medicinal cannabis.

Matsipa, who openly admits to being a former smuggler of cannabis from Lesotho to South Africa, was formerly a director of the company Medi Kingdom, which won Lesotho’s first official cannabis cultivation licence.

Matsipa said he had also worked closely with Kajee, who he said appeared to be De Robillard’s business adviser and guided discussions during their meetings.

His daughter, Mammope Matsipa, is a co-shareholder and co-director with De Robillard in another apparently associated company in Lesotho, Afriag Holdings Lesotho.

He said she was in charge of the company’s organic farming activities.

The MNN asked Matsipa whether Afriag works with any health ministry employees.

“I am not aware of this, but I learned that Afriag was interested in using the ‘regulator’ to guide the company in the Lesotho cannabis industry,” he said.

“It was not clear whether they would be employed or on what agreement. Ntate Robillard actually wanted to use the regulator but I don’t know about the final instructions.”

He said that when it came to Lesotho, Afriag “appeared to be interested in organic farming, but was later attracted to the growing cannabis industry. This ended in Afriag Global receiving a cannabis licence.”

He said that De Robillard had asked him to resign from all other companies he was involved in because the multinational is not intending to “be on the ground in Lesotho, but needed someone of my calibre to run the companies while they provide funds and expertise”.

“I am leaving Medi Kingdom with a heavy heart, but as you know, money talks.”

According to Matsipa, he met De Robillard after the latter read articles about him and the cannabis industry in Lesotho.

He added that for Afriag to start operations, “we are waiting for [a] lease of the company’s land located next to Moshoeshoe 1 International Airport”.

“In 2010 the tax probe implicated [De Robillard] … in a tobacco smuggling ring. The claim was that De Robillard used [his former company] Rollex to transport illicit goods for sale in South Africa’s black market.”

De Robillard at the time denied using Rollex’s assets to “smuggle illicit goods”, saying the flaunting of SARS investigation details in the press was “obviously an attempt at character assassination”. DM

The amaBhungane Centre for Investigative Journalism, an independent non-profit, provided this story. Like it? Be an amaB Supporter to help us do more. Sign up for our newsletter and WhatsApp alerts to get more.