‘Proud to be trans, proud to be sex workers, and even prouder of their stunning sense of style’ 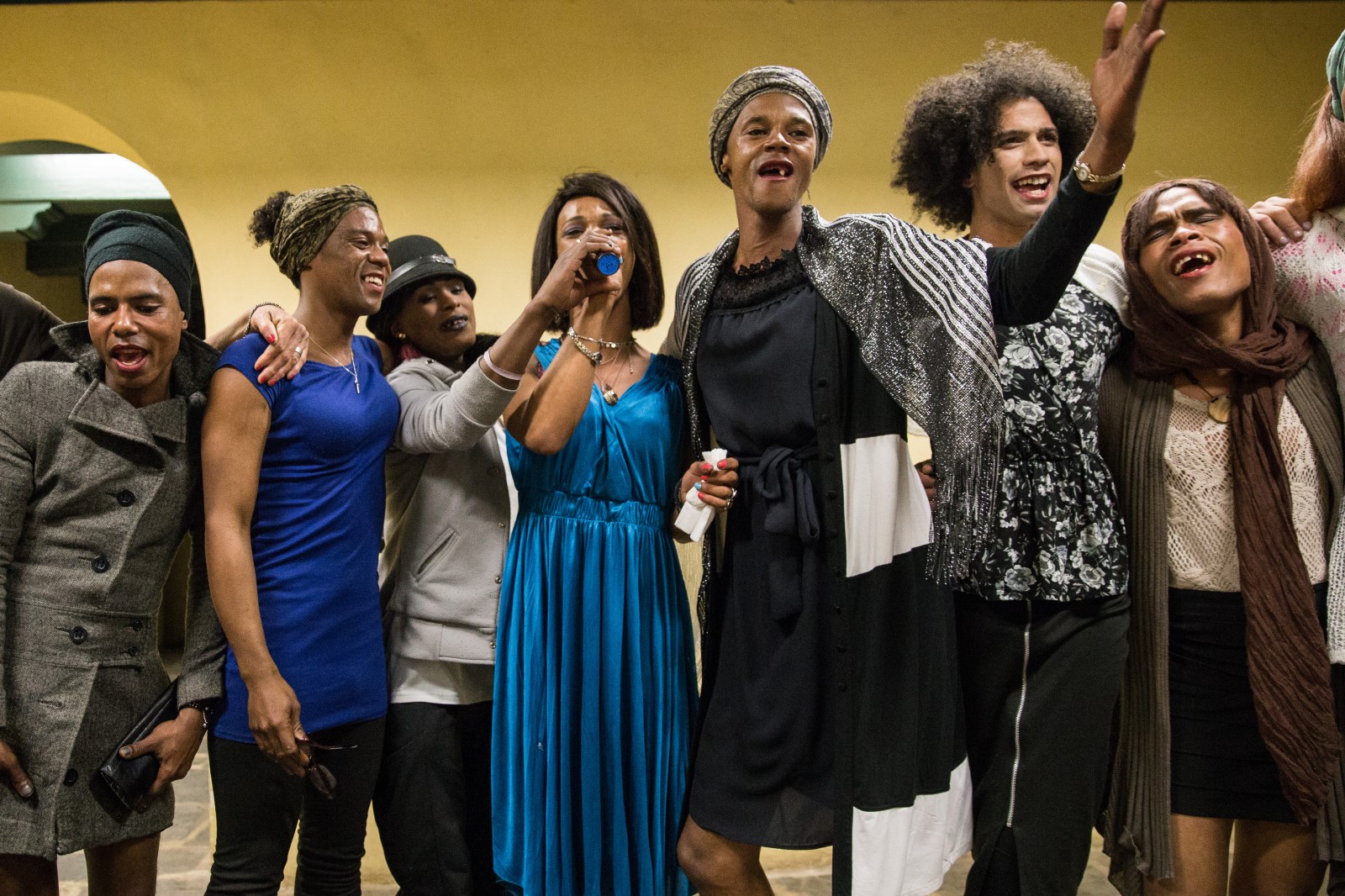 ans women from the Sistaazhood community sing a song during the launch of their book Sistaaz of the Castle. Photos: Ashraf Hendricks

"People are going to hear what we face as transgender women sex workers in the streets in Cape Town."

A book of photographs of trans women sex workers, many of whom are homeless and live near the Castle of Good Hope, was released on Women’s Day, Friday.

The book, Sistaaz of the Castle, and a fashion collection started in 2014, is a collaboration between Dutch photographer Jan Hoek, fashion designer Duran Lantink, and Sistaazhood, an activist community of trans women sex workers started in 2008.

Aquila Gantsho said: “People are going to hear what we face as transgender women sex workers in the streets in Cape Town.” She hopes the book will tell other trans women that they are not alone, and help people understand what challenges transgender people face.

Gonthos said she has been thrown out of clients’ cars after she told them she was trans. “We get hit and we get killed,” she said. With this book, she said, she wants people to see that “we are here and we are here to stay”.

Crimes against sex workers are often not reported, because sex work is illegal in South Africa. The Sex Workers Education and Advocacy Taskforce (SWEAT) has been continuously lobbying for the decimalisation of sex work. Together with Human Rights Watch (HRW) they recently released a report making the case for the decriminalisation of sex work.

According to a 2013 study done by SWEAT, it is estimated that there are 6,000 transgender sex workers in the country.

Wabzu Sampson, a transgender sex worker, has been living on the streets since she was 20. Now 32, she said that she ran away from home because her family never accepted her. “I could not express my gender,” she said.

Living on the streets, she met and found acceptance from other trans women. Needing to survive, she turned to sex work.

Commenting on the process of working on the book, Sampson said: “A story can make you move forward in life.” She said being photographed made her feel like a model.

People need to see that we’re not all junkies, she said. “We are talented.”

Netta Marcus, a founding member of Sistaazhood, said the book is about advocacy.

The book was launched in the Netherlands two weeks ago. Garments based on the trans women’s “ability to turn whatever they find into the most exuberant outfits” were displayed during a fashion show at the Amsterdam Fashion Week. Marcus is trying to organise the show for Cape Town.

Unfortunately the books had not arrived in time for the launch.

“The Sistaaz are eager activists, proud to be trans, proud to be sex workers, and even prouder of their stunning sense of style,” writes Hoek on his website. DM