Did the Public Protector commit a crime by interfering with NPA independence? 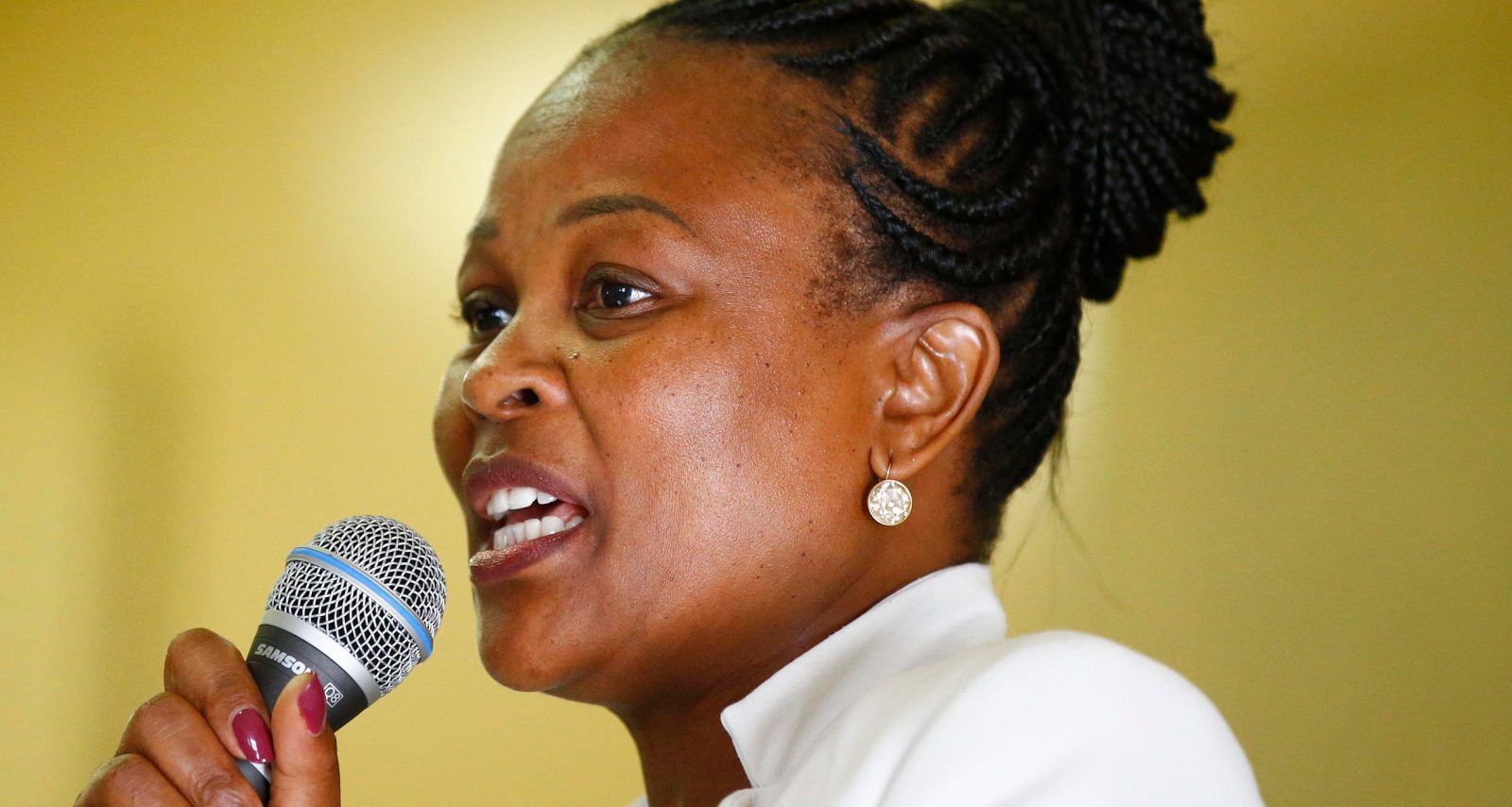 It is not surprising that leaders of the Economic Freedom Fighters have begun to question the impartiality and competence of judges who rule against the public protector and against their party. It is the kind of thing unscrupulous politicians do when they know that the facts and the law are against them and that the courts will have no choice but to rule in favour of their opponents. In other words, the attacks on the judiciary can be read as an admission of defeat, and thus as an acknowledgement that the public protector’s most recent reports have no chance whatsoever of withstanding judicial scrutiny.

In 1972, reporting on the United States presidential bid of Ed Muskie – the Democrat favoured to win the party’s nomination – Hunter S Thompson decided to spice things up by publishing a rumour that Muskie was taking a bizarre drug. After publication of Thompson’s article in Rolling Stone magazine, Muskie began dropping in the polls, and eventually lost the nomination to George McGovern.

When asked about this a few years later, Thompson pointed out that he had never claimed that Muskie was taking the bizarre drug.

While Thompson spread the false rumour about Muskie in an attempt to discredit a powerful conservative politician (at least, Muskie was conservative compared to McGovern), the EFF is making unsubstantiated accusations against judges in order to try to discredit the judiciary. This will help the EFF to discredit the court judgments that will inevitably review and set aside large parts (or, perhaps, all of) the public protector’s reports on Minister Pravin Gordhan and President Cyril Ramaphosa.

I have previously explained why several aspects of the public protector’s SARS investigative unit report and her Bosasa report are legal nonstarters. But last week we learnt that Shamila Batohi, National Director of Public Prosecutions (NDPP), had written to Public Protector Busisiwe Mkhwebane to point out that the public protector did not have the power to instruct the NDPP to investigate a specific matter, and inviting her to clarify her remedial action.

In her report the public protector directed Batohi within 30 days to “take note” of her report and to “conduct further investigation into the prima facie evidence of money laundering as uncovered during my investigation”. She further instructed that Batohi submit an implementation plan for the remedial action for her approval.

In response, the Public Protector’s Office claimed that it does have the power to instruct the NDPP to investigate a specific matter. In fact, according to a letter from Busisiwe Mkhwebane’s office to Batohi, Muntu Sithole, acting manager of legal services at the Public Protector, claimed that the public protector can “even direct how those steps should be taken”.

I suspect this view is based on the selective reading of the Constitutional Court judgment in the Economic Freedom Fighters v Speaker of the National Assembly and Others; Democratic Alliance v Speaker of the National Assembly and Others matter. In that judgment the court held that “the public protector’s remedial action might at times have a binding effect”. (Few people are aware that the Court indicated that the remedial action will not always be binding.) However, it also held that while the public protector’s power “to take appropriate remedial action is wide”, it is “certainly not unfettered”.

“Moreover, the remedial action is always open to judicial scrutiny. It is also not inflexible in its application, but situational. What remedial action to take in a particular case, will be informed by the subject-matter of investigation and the type of findings made… She has the power to determine the appropriate remedy and prescribe the manner of its implementation.”

Similarly, the public protector is not authorised to order the Constitutional Court to hear the appeal in a specific judgment because that would interfere with the independence of the judiciary. Neither can it order the President to fire a Cabinet minister as that power is exclusively reserved for the President.

Of course, the public protector should be aware of this obvious fact as the High Court explained this to her in 2017 in South African Reserve Bank v Public Protector and Others where the court set aside her legally catastrophic report on the Bankorp bailout. In that case the court held that the public protector’s order to Parliament to amend the Constitution “trenches unconstitutionally and irrationally on Parliament’s exclusive authority”. The Constitution vests legislative authority in Parliament and as a result:

“… provides that the national legislation must ensure that the prosecuting authority exercises its functions without fear, favour or prejudice. There is accordingly a constitutional guarantee of independence, and any legislation or executive action inconsistent therewith would be subject to constitutional control by the courts.”

The Constitutional Court noted in New National Party vs Government of the Republic of South Africa and Others in the context of the independence of the Electoral Commission, that the constitutionally guaranteed independence included a guarantee of “administrative independence”.

This means that any interference with matters directly connected with the functions of the independent body are prohibited. Where the public protector instructs the NDPP to exercise certain powers or not to exercise those powers, she is unlawfully interfering in the independence of the NPA. Just as she is not permitted to instruct the SCA to hear an appeal in a specific case, she cannot instruct the NDPP to investigate specific allegations of criminal conduct.

But this is not the end of the matter. The public protector might have committed a criminal offence by interfering with the office of the NDPP.

The constitutional independence of the NPA was considered so important that section 32(1)(b) of the National Prosecuting Authority Act prohibits anyone (including the public protector) from improperly interfering with, hindering or obstructing the prosecuting authority or any member thereof in the exercise, carrying out or performance of its, his or her powers, duties and functions. Section 41(1) states that any person who contravenes this provision “shall be guilty of an offence and liable on conviction to a fine or to imprisonment for a period not exceeding 10 years or to both such fine and such imprisonment”.

Given the fact that the NPA is an independent constitutional body, any interference by another body in its day to day functioning will constitute improper and thus criminal conduct. To the extent that the Public Protector issued remedial action that interfered with the exercise of powers, duties and functions of the NDPP, the Public Protector may be guilty of a criminal offence and liable on conviction to be sentenced to up to 10 years in prison.

In the light of the above, it is surprising that the public protector’s office has not taken up the invitation of the NDPP to “clarify” her unconstitutional and perhaps criminal remedial action. DM