Aid to Africa: Don’t be a cheap date 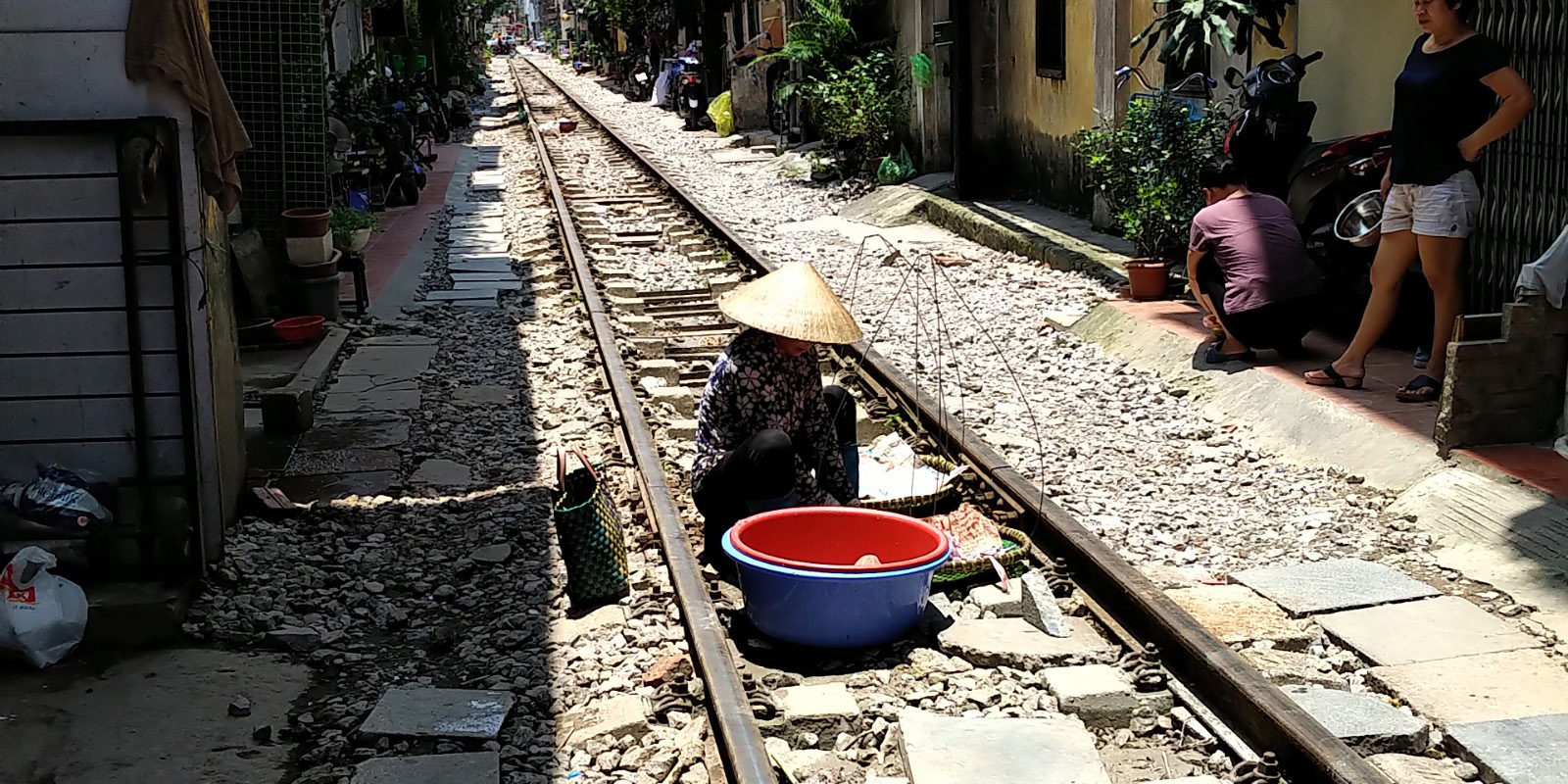 Vietnam established some ground rules in the aid process; that ‘borrowing was not for consumption, but for investment’, and of the importance of ensuring a diversity of donors, thus reducing vulnerability.(Photo: supplied)

Africa receives $60bn in official development assistance each year. To this amount should be added another $25bn or so (the figures are opaque) of Chinese aid and US$7bn in other, fresh sources (such as Turkey and Iran). Despite a fad to bash aid as the explanation for Africa’s problems, Asian countries received comparatively large amounts of assistance and have used it well. However, this does not mean that the development-through-aid model works for Africa. It might be wise to rethink.

At one point, the World Bank had its largest representative office outside Washington in Hanoi. Vietnam was the poster-child of development through foreign aid, receiving on average more than $5-billion a year for 20 years. Compared with Africa, where aid has a track record that is dismal at best, with donors pushing various agendas that are not always in the interests of the recipients, Vietnam largely succeeded in using aid to its advantage.

Expert at foreign policy since it fought its “people’s war” against America, Vietnam was able to play donors against its own needs.

With China upping its flows to Africa, aid to the continent now reaches $100-billion annually. Rather than favouring one side over another, China over America for example, Africa would do well to take a leaf out of Asia’s book and keep its options open, not leaping into bed with one donor or another, but rather developing its own clear agenda on which donors should engage, not the other way around.

There is a long history of how not to do it, in Asia as Africa.

At one extreme, in a Cold War context, America’s involvement in the war in Vietnam illustrated two clear limits to the role of outsiders. While Washington did everything within its power to assist the (South) Vietnamese government, the US could not win the conflict for it. That was both a function of determination and legitimacy, both of which Saigon lacked by comparison to the North and its allies.

This experience, while extreme, also pointed to other failings of external aid, in that the providers remain prisoners of their own prior experience. Moreover, the metrics are very difficult to discern, then as today. In South Vietnam, when the US could not count the things that were important (such as influence or legitimacy), it made those it could count (such as bodies or the metrics of expenditure) important. The absence of legitimate political and social order will result in, well, just that, failure.

As Robert Kennedy put it at the time, “a military answer is the failure of counter-insurgency… any effort that disregards the basis of social reform and becomes preoccupied with gadgets and techniques and forces, is doomed to failure and should not be supported”. President Lyndon Baines Johnson remarkably, after a 1961 trip to Vietnam, stressed the importance “of responsible political institutions… there must be a simultaneous, vigorous and integrated attack on the economic, social and other ills of the Vietnamese people. The leadership and initiative of this attack must rest with the Vietnamese leaders”. He then went on to virtually entirely disregard and circumvent this leadership, however, with catastrophic results for his presidency and, indeed, the US and the South Vietnam “mission”.

If the first lesson from aid to Asia is that stability, peace and legitimacy are required to make it a success, then the second is the need for local leadership, a receptive policy environment and clear and prioritised plans with which donors can engage.

Where aid has been used better in Asia, such as in post-war Vietnam, the local partners have set a clearly ranked agenda — in post-war Vietnam’s case on education, irrigation and big-ticket infrastructure — and donors have had little choice but to fall in or opt-out.

Following their doi moi economic “renovation” reforms in the mid-1980s, the Vietnamese quickly realised that the donors wanted a part of their success, and steered the process in this regard. Where donors were more successful they invested in building institutions to sustain progress. Where aid was used better, the Vietnam government itself took the initiative to implement long-term development plans.

This shows that the policy context into which aid is poured, no matter how well prioritised, will determine how positive its outcome is. Before it embarked on its market reforms in the mid-1980s, Vietnam received one-third of its budget from the Soviet Union, Vietnam’s main barter trade partner. This simply only kept alive the folly of the command economy.

There was also some luck involved in the way Asian countries were able to use their aid. During the earlier years of aid (1950s and 1960s), Asia carried strategic significance to the US in its wars in Korea and Vietnam and its anti-communist efforts in general. This meant that manufacturing industries were established and military bases were developed, and fiscal space was freed up for countries to invest in infrastructure and other productive economic aspects. Asian countries also quickly got out of the aid game.

Singapore’s founding prime minister Lee Kuan Yew was adamant that his government should nurture a “spirit of self-reliance”, avoiding an “aid-dependent mentality”.

“If we were to succeed,” Lee stated, “we had to depend on ourselves.” Or as he put it to Singaporean workers: “The world does not owe us a living. We cannot live by the begging bowl.” In East Asia, as the economies took off, aid as a percentage of Gross National Product quickly dropped below 0.5% by 1969. Half a century later this figure was close to zero. In Africa, however, it remains around 3% of GDP.

Donors also learnt quickly in East Asia. The UN Development Programme led the way in Vietnam, to take that example again, helping to change the mindset of government from a command economy to a more free-market, enterprise-driven one. Policy advice and exposure of policymakers to advanced economies helped, with the deliberate aim of generating “greater trust in the private sector”, as one UNDP official notes.

Vietnam also established some ground rules in the process; that “borrowing was not for consumption, but for investment”, and of the importance of ensuring a diversity of donors, thus reducing vulnerability. They have been less successful, however, at another stated aim — to spend donor money locally rather than on foreign companies and consultants, thus ensuring greater bang for the aid buck and improving the transfer of skills and technology locally.

As salient as these lessons from Vietnam specifically, and East Asia, in general, are in terms of the effective use of aid, Africa has over the past half-century shown very little sign of improvement through aid. This is not to say that aid into the continent has not prevented disasters and saved many lives through the provision of food and medical supplies, among others, but it has also not lent itself to graduation.

Perhaps because aid was, in most cases in Africa, not the only option for development. With rich resource-based economies, there was little imperative to use aid other than as a short-term plug. Or perhaps it was because Africa carried less strategic significance to donors, especially since the end of the Cold War, making stability “optional” rather than “critical”, at least from donors’ perspectives.

And that’s not all. China’s involvement on the continent has changed the stakes and modus operandi dramatically. This has been accompanied by a shift worldwide towards more commercialised solutions to social problems, from blended finance to foreign direct investment (FDI) as a source of growth. Two decades ago, “emerging markets” were an unlikely investment destination; since then it has surpassed advanced economies, where FDI is increasingly used for the things aid has failed in.

A final four lessons stand out.

Aid should not, first, be used as a substitute for investment, but could be used to facilitate FDI through infrastructure. Attracting FDI requires additional, deliberate actions. Singapore, like other East Asian countries, was adamant about winning investors over. This required spending time listening assiduously to the concerns of investors and building a set of institutions fit for the task.

This approach and the institutional attention to detail it demands, separate out the winners and losers. China is Australia’s number one trade partner and source of tourists, some 1.2 million in 2018. This has not happened by osmosis; there are more than 100 Chinese speakers among the 2,000 Australian diplomats.

Second, countries that used aid well focused it on (necessary) infrastructure, and not frivolled it away on running costs, or white elephants such as monuments in politicians’ hometowns — of which Africa has many. Hanoi’s Truong Duong bridge, which was built from leftover funds from the construction of Thanglong bridge, exemplifies this frugality and prioritisation of infrastructure.

As countries move from grants to loans, a different and difficult set of questions have to be asked by countries and donors alike: do you really need this high-speed railway even if it is paid for by long-term debt? And how might donors assist in building local capacity to enable such informed debates about choices?

And finally, while donors would like to play political games with the assistance they offer, using aid well demands the that the recipients keep their options open — to the markets of the US and China, for example — and not to choose sides. Those that have done that — North Korea with the Russians and Chinese, pre-reform Vietnam with the Russians, Myanmar with China — have foundered.

Essentially, it pays not to be a cheap date. DM

The authors are in Vietnam, researching a new book for the Brenthurst Foundation.