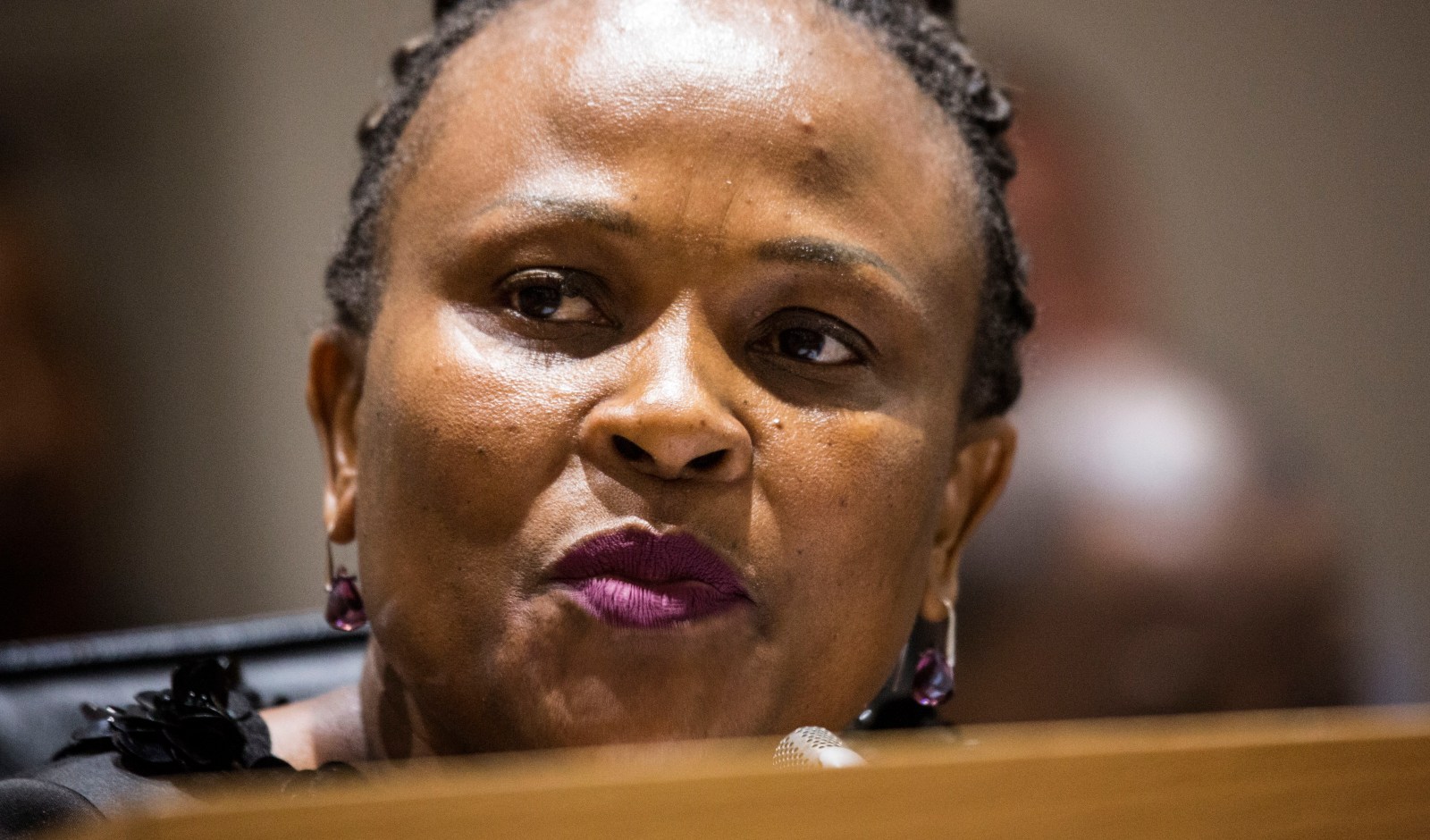 The North Gauteng High Court has found that President Cyril Ramaphosa complied with the public protector’s remedial action on disciplining Pravin Gordhan. Busisiwe Mkhwebane took yet another blow, with her decision to oppose the case called ‘mind-boggling’.

President Cyril Ramaphosa won a declaratory order against the public protector in the North Gauteng High Court on Thursday, allowing him to avoid having to discipline Pravin Gordhan before the minister challenges the public protector’s report in court.

The court said Ramaphosa’s decision wait to discipline the public enterprises minister until after he takes Busisiwe Mkhwebane’s report on review was “rational and reasonable”.

The president had gone to court seeking an declaratory order saying he had complied with Mkhwebane’s recommendations or, if that failed, to get an interdict against having to implement them while Gordhan was challenging Mkhwebane’s findings.

In a report released in May, the public protector found that Gordhan’s decision to grant former SARS deputy commissioner Ivan Pillay early retirement in 2010 was unlawful.

She ordered Ramaphosa to note the findings, submit a plan to discipline Gordhan to her office for approval, and discipline him. Ramaphosa informed Mkhwebane he would wait until the review was complete before he decided how to act, which set off a war of words between the pair’s lawyers.

“It’s mind-boggling that she has not consented to the stay of the remedial action pending the finalisation of Minister Gordhan’s review application,” said Judge Letty Molopa-Sethosa.

She said similar cases had been heard in court recently, with the same court granting Gordhan an interim interdict against the public protector pending the review of her report barely a week earlier.

Molopa-Sethosa said the “legal principle in that case basically has the same effect” in the current one.

Ramaphosa, the judge emphasised, respected public protector’s reports are binding unless overturned on review and he had committed to acting on the recommendations appropriately once the legal process was complete.

“He has taken a sensible approach to say he will defer. He is not saying he will not take remedial action or he will not take disciplinary action against Minister Gordhan,” said Molopa-Sethosa.

“It is incumbent on the President to act reasonably and rationally and in my view this is a reasonable and rational decision which he has taken.”

The judge said Ramaphosa’s decision could not be compared to how former president Jacob Zuma acted when he did not implement former public protector Thuli Madonsela’s Nkandla report. She said Ramaphosa had committed to acting appropriately and accepted Mkhwebane’s remedial actions are binding, Zuma tried to rely on a parallel parliamentary process and refused to accept that the report was binding.

“The Nkandla case cannot in any way be compared to this matter.”

Molopa-Sethosa did not comment on the possible success of Gordhan’s review, but appeared perplexed as to why Mkhwebane was adamant on enforcing her recommendations immediately.

“Why subject [Gordhan] now to disciplinary action when there is a review application pending the result of which is not known?” she asked.

“It is not understandable really why she was opposing the stay of the remedial action pending the finalisation of Minister Gordhan’s review application,” Molopa-Sethosa continued.

Dali Mpofu SC had argued in court for the public protector that Ramaphosa’s application should be rejected as he had not applied to review Mkhwebane’s report. Molopa-Sethosa said the report affected the president and he should be able to litigate on its impact.

The court also rejected the claim that the president was trying simply to protect Gordhan and had endorsed the minister’s criticism of Mkhwebane. She also rejected the argument from the EFF, which joined the case that Ramaphosa should act immediately against Gordhan and by delaying he was disrespecting the public protector’s office.

Mkhwebane has had a string of high-profile court losses and Gordhan has accused her of trying to sabotage the Ramaphosa’s administration’s clean-up campaign, which she has vigorously denied.

The President’s latest victory will give he and Gordhan some space after Ramaphosa was being pressured to act against his key ally.

Now, attention will turn to the review processes. Gordhan will tackle Mkhwebane’s findings in court and hope to overturn them and prove his point against the public protector.

Mkhwebane has decided not to oppose Ramaphosa’s upcoming application to interdict her Bosasa report on contributions to his ANC presidential campaign, which will soon be heard on review. DM