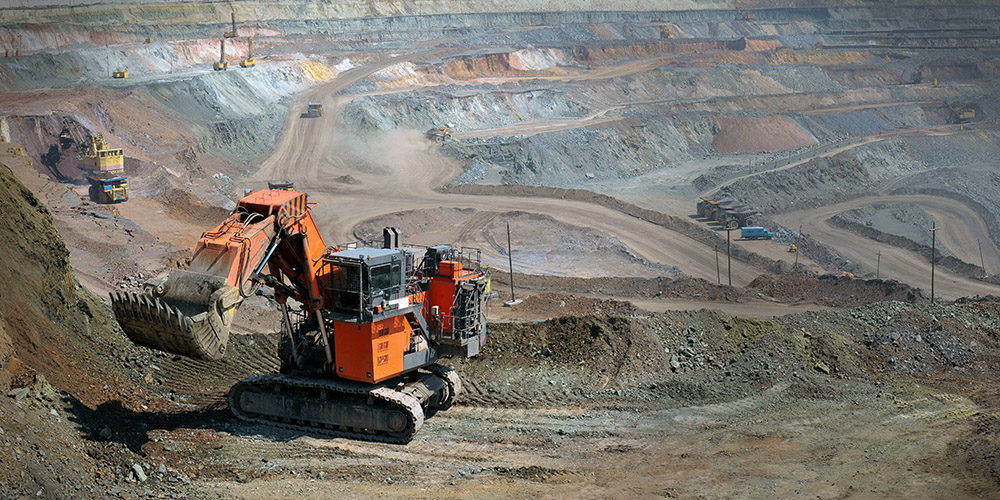 Spot cargoes of benchmark iron ore for delivery to China are fetching just over $100 a tonne, down more than 20% from a five-year peak scaled in July 2019. Morgan Stanley has forecast a fall to $90 in the fourth quarter of 2019. (Photo: AbodeStock)

The prices of iron ore and copper are good barometers for the state of the global economy. Escalating trade tensions between the US and China have sent their prices south. This has implications for companies such as Anglo American and producing countries such as Zambia. More crucially, they could be a sign of trouble ahead for the global economy.

You can probably blame US President Donald Trump for this one. Copper prices this week hit two-year lows, while iron ore has reversed a recent bull run. The latest trigger, of course, was Trump’s slapping of 10% tariffs on $300-billion worth of Chinese goods.

This trade war has far-reaching implications for Chinese economic growth, and, more widely, global growth. Copper and iron ore are key ingredients for building stuff. When they are in demand, lots of things are being built or manufactured. When they are not, a lot less stuff is made or produced.

Let’s start with copper. On Wednesday 7 August, Glencore announced the closure of its Mutanda copper/cobalt mine in DRC in the face of depressed prices.

“These days, the copper market is fully focused on the trade tension and the related fears of slowing global growth,” Carsten Menke, head of Next Generation Research at Julius Baer, said in a research note. As evidence of that, he noted that the market did not react to the closure.

Copper is around two-year lows but is also only down around 5% in the year to date. During the global financial crisis more than a decade ago, its price more than halved. Funds are also reportedly getting out of copper and this price fall has come against the backdrop of sluggish growth in mine production, which should support prices. But such fundamentals are not being supportive, as illustrated by the muted reaction to the Glencore closure. That suggests we have not seen the bottom yet.

Iron ore has had an even bigger knock, and off a lofty perch. Spot cargoes of benchmark iron ore for delivery to China are now fetching just over $100 a tonne, down more than 20% from a five-year peak scaled in July. Morgan Stanley has forecast a fall to $90 in the fourth quarter of 2019. This is a massive swing in sentiment in a relatively short period of time.

The consequences of this shift are many. Kumba Iron Ore and its parent, Anglo American, have been on a roll, thanks to iron ore prices. Anglo last month reported its best interim results since 2011 and embarked on a $1- billion share buyback. The company has been burnt by iron ore price swings before – it certainly could get burnt again. Copper is also one of the company’s key commodities, so it is vulnerable on that front as well. All largely thanks to global trade tensions.

The bigger concern is what this all means for the outlook for global economic growth. Copper and iron ore are sort of “lead indicators” in this regard. When they fall out of bed, things are really rough out there.

All market and analyst reports in recent days about these price moves point to the concerns regarding the wider global economy which have been sparked by the trade rows. And without decent global growth, South Africa has little chance of achieving significantly higher domestic levels of growth. BM