Changing the migration horizon from North Africa to Europe 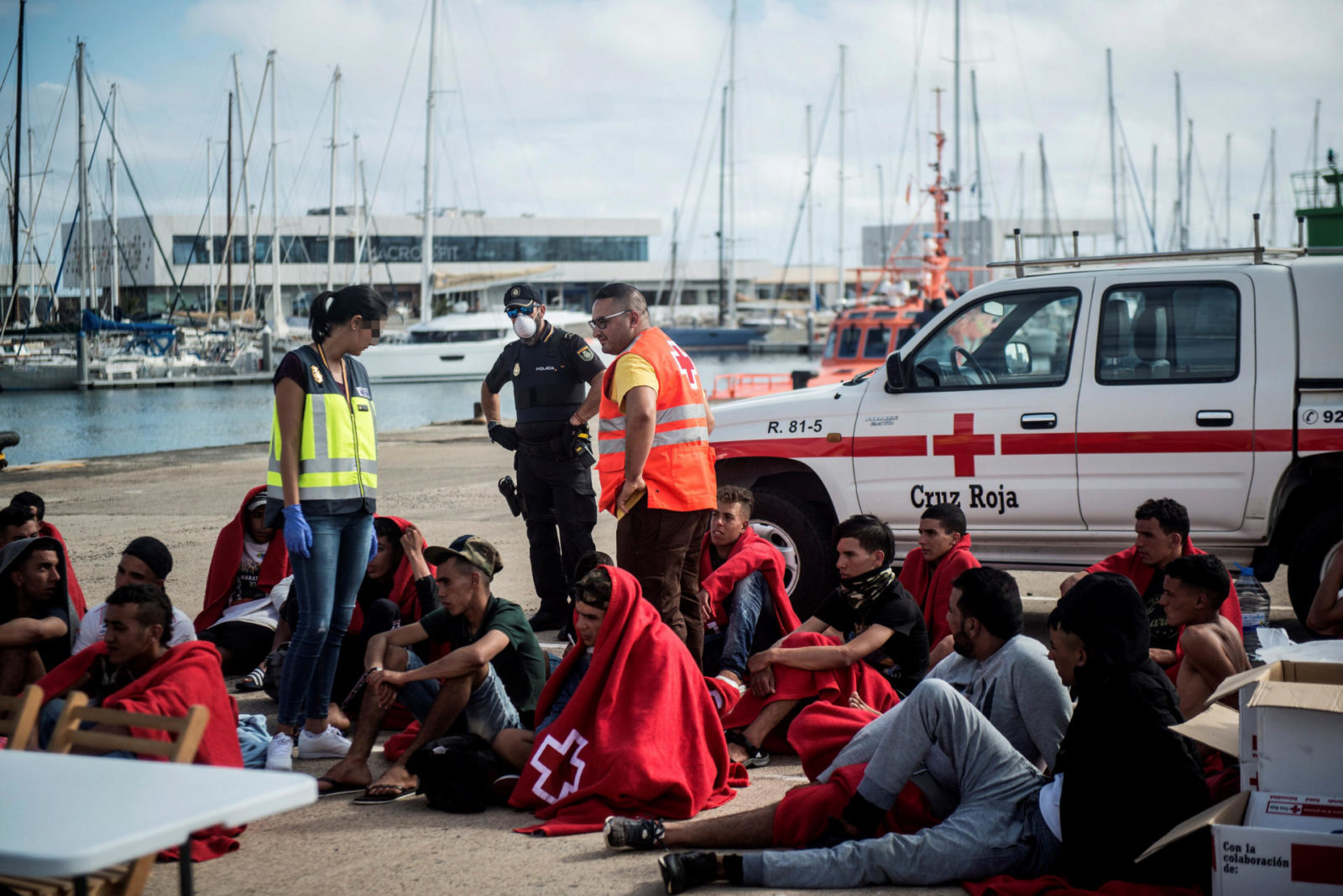 The new European Union leadership must rethink approaches to migration from the Maghreb.

The advent of the new leadership team is an opportunity to revisit and review the EU’s foreign policy. This includes the issue of irregular migration of North Africans to Europe and the bloc’s broader strategy towards the countries on the south-western rim of the Mediterranean. The strategy towards migration is one of the most complicated, sensitive and enduring issues faced by EU policymakers. The new leaders must avoid uncritically perpetuating their predecessors’ policies.

The Maghreb is going through a particularly complex and fragile period. Economic and social challenges abound, and there is an acute sense among the largely young populations that their political leadership can’t or won’t solve the problems they face.

In Morocco, 43% say their quality of life has decreased. In Tunisia, limited job opportunities and spiralling inflation have imparted the sense that “the noose is tightening”. A growing number of young people have taken to the street, protesting to change ossified political leadership, abusive or unequal treatment by security forces, or just to demonstrate frustration with the status quo.

Others are taking to the boats, risking their lives to migrate irregularly to Europe. European states, along with Tunisia and Algeria, intercepted 38,968 Maghrebi irregular migrants in 2018, up from 15 961 in 2016.

The rising number of Maghrebi migrants has posed a political challenge to the EU. Anti-migrant populism remains a potent political force in a number of European countries, and as growing numbers of Moroccans, Algerians, and Tunisians move northwards, the ire of populist politicians has increasingly fixated on them.

Populist domestic politics have increased pressure on EU authorities to address – or at least politically mitigate – the issue. And so the bloc has dispensed aid and exerted diplomatic pressure on Morocco, Algeria, Tunisia and Libya to halt the flow of people. But neither aid nor pressure has significantly affected migrant departures from the Maghreb nor lessened the interest in emigrating. Seventy percent of young adults in Morocco want to emigrate, with levels in Algeria and Tunisia probably similar.

So the incoming EU leadership will face immediate pressure from within the bloc to better address Maghrebi irregular migration. Any discussions around changing the EU’s approach, however, should guard against creating yet more challenges in the Maghreb.

There are five issues EU decision-makers should consider. First, structural inequality must be addressed. EU programmes aimed at migration’s root causes largely don’t address structural inequality, the reality that one’s family, region of origin, economic status and age dictate economic options, access to public services, and the types of engagements one has with security forces.

Entrenched inequality significantly limits the impact of even well-funded and well-designed programmes on the marginalised individuals and communities likely to want to migrate. A revised EU strategy must prioritise and mainstream efforts to acknowledge and address structural inequality.

Second, emigration from the Maghreb, both legal and irregular, helps to buttress stability in the region. Migration offers an economic lifeline to populations that the region’s governments either can’t or won’t help, in turn lessening social frustration and unrest. Absent significant changes in economic opportunity, social relations and inequality risk inflaming unrest and threatening stability in Morocco, Algeria and Tunisia. This instability could be far more damaging to the EU’s economic and security interests than irregular migration.

Third, migration is just as significant a political issue in these three countries as it is in Europe. While transit migration and the increase in migrants settling in the Maghreb raise some political tensions, it is irregular emigration by Moroccans, Algerians and Tunisians that has the most political impact.

Maghrebi governments know the political benefits that irregular migration of their citizens offers. Their priorities hinge on ensuring domestic stability, and hence tacitly allowing migration, even if that results in worsened relations with the EU and member states. Unless EU programming takes into account Moroccan, Algerian and Tunisian politics and political needs around migration, it will almost assuredly fail to gain significant traction in the region.

Fourth, “enforcement first” programmes won’t succeed. These are premised on the idea that continued irregular migration from Morocco, Algeria and Tunisia is due to security force capacity gaps. But the complicated politics around migration in the three countries means that weak enforcement is as much due to political will as to security forces’ materiel weaknesses.

Fifth, the current irregular and legal migration status quo works poorly for both Europe and North Africa. Irregular migration is seen as a problem by Europe and an imperfect solution for North Africa. Europe profits from the legal emigration of highly skilled Moroccans, Algerians and Tunisians, while that very brain drain stymies the economic development of North Africa.

Migration is a complicated and politically and diplomatically sensitive issue for EU policymakers. Because it is influenced by and affects a broad set of economic, social and political issues in and outside the bloc, there are no “easy” wins when it comes to migration policy.

As the new EU leadership team takes stock of the situation, they should consider the needs and concerns of Maghreb states, address structural inequality, and must not undermine stability in the region. DM