Sifting out facts in the tactics used by the tobacco in... 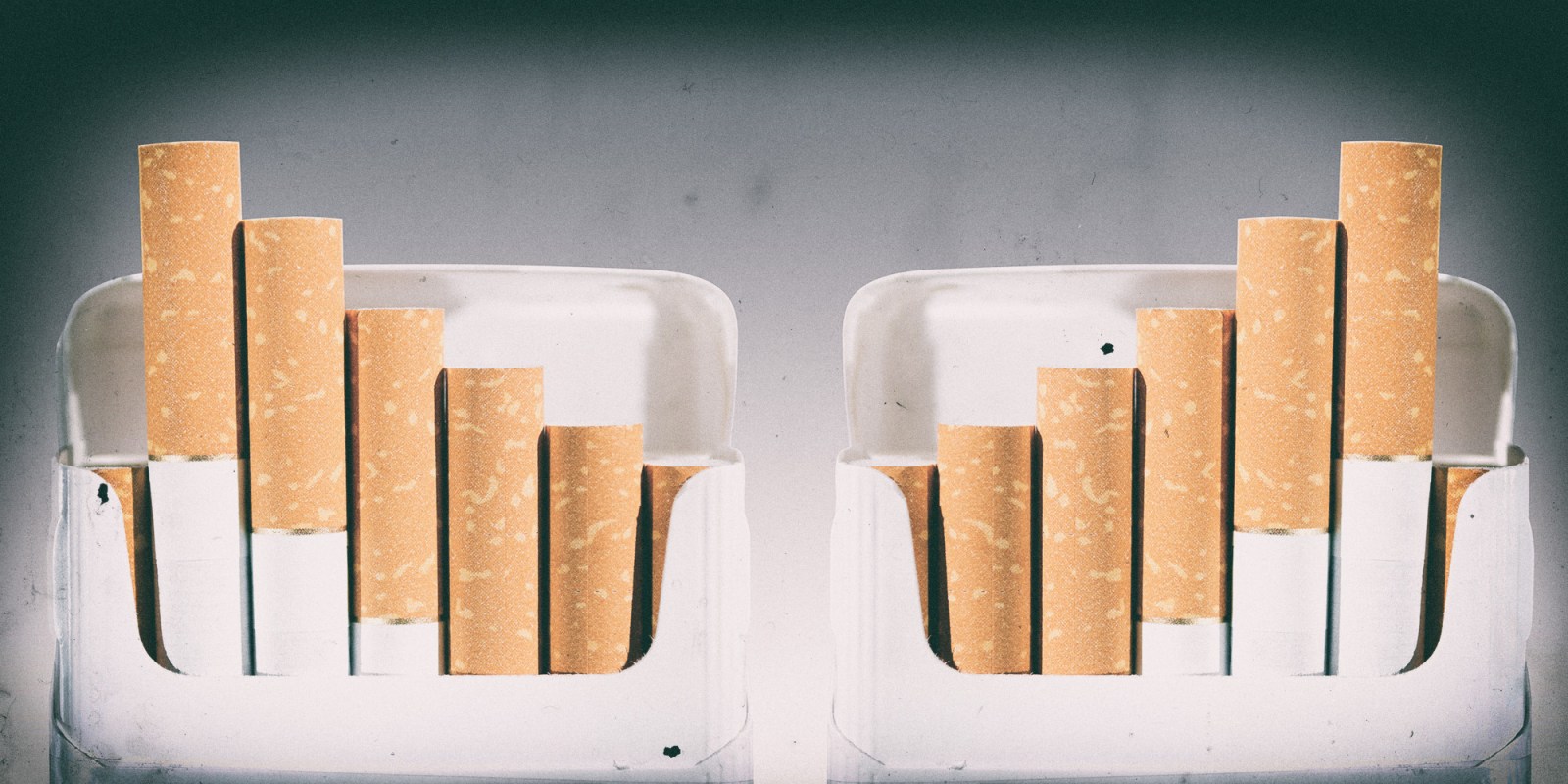 Ultimately, the pattern of survey results on the matter of cigarette sales suggests that irrespective of the decision taken (banning or allowing sales), this will continue to be a highly contested and debated matter, say the writers. (Photo: AdobeStock)

Plain packaging is recommended as an evidence-based, best-practice policy for reducing tobacco consumption by the World Health Organisation’s Framework Convention on Tobacco Control (WHO FCTC), an international treaty ratified by 180 countries, including South Africa. Because the tobacco industry needs to create the next generation of young smokers to ensure its future profitability, a policy such as plain packaging is a direct threat to its long-term sustainability. The tobacco industry is, therefore, using all kinds of tactics to slow down its implementation.

A 20-page report co-authored by Japan Tobacco International (JTI) and Victory Research is publicly available. In the foreword, the authors write: “We understand that the easiest rebuttal to our views and the evidence we have shared against plain packaging is to state we have a vested interest to skew evidence we present” – we couldn’t say it better. But stating the obvious doesn’t mean the results are not biased. The report then says: “It is for this reason that we employed leading independent research company Victory to carry out a survey of the general public’s views on plain packaging as a policy idea in South Africa”. If the research was independent, it should (1) not be funded by the tobacco industry; and (2) even if funded by the industry, it should be authored by only Victory Research.

Plain packaging is recommended as an evidence-based, best-practice policy for reducing tobacco consumption by the World Health Organisation’s Framework Convention on Tobacco Control (WHO FCTC), an international treaty ratified by 180 countries, including SA. Because the tobacco industry needs to create the next generation of young smokers to ensure its future profitability, a policy like plain packaging is a direct threat to its long-term sustainability. The tobacco industry is therefore using all kinds of tactics to slow down its implementation.

Commissioning public opinion surveys is a common tobacco industry tactic. In 2018, JTI commissioned market research agency, Kantar TNS, to conduct an opinion poll investigating the popularity of the UK’s plain tobacco packaging law amongst the British public. Despite the survey’s small sample size (2,464 respondents), JTI stated that the survey was “regionally and demographically representative of the UK population”. Unsurprisingly, the findings showed that “the majority of the UK public are not supportive of the plain packaging policy”.

The similarities of the Kantar TNS report and the Victory Research are astounding. Both reports have the same font, format and similar wording. Graphs even use the same colour scheme. It appears that in both these surveys, the market agencies only did the fieldwork, while JTI compiled the reports. Here are two paragraphs from the two reports:

“Victory was contacted as an independent research company to carry out a nationally representative survey of the South African people. Victory approved and verified the survey before it went into the field. Apart from agreeing on the methodology in terms of sample size and construction, JTI had no sight or input on who Victory surveyed.”

“Kantar TNS was contacted as an independent research company to carry out a national survey. Kantar TNS approved and verified the survey before it went into the field. Apart from agreeing on the methodology in terms of sample size and construction, JTI had no sight or input on who Kantar TNS surveyed.”

In the South African survey, one of the questions was the following: “If standardised packaging goes ahead on cigarettes – how likely or unlikely do you think it is that the Secretary of State for Health would also look to introduce it onto other products with health associations in the future?”. The title “Secretary of State of Health” does not exist in South Africa. We assume that the question is actually referring to the “Minister of Health”.

Aside from issues like incorrect terminology, there are major issues with the research methodology, which are insufficiently explained in the report. All that is said is: “Victory interviewed 1,014 South African adults (18+) using CATI (Computer Assisted Telephone Interview) methodology in all main local languages, between 14 and 27 November 2018. The survey was regionally and demographically representative of South Africa’s population”. How were respondents selected? What was the response rate? Where do the people that were interviewed live? What are the demographic characteristics of the sample? Sharing this information is standard practice when describing a survey.

Questions are worded to influence respondents’ opinions. This is known as “priming” and biases results. Reputable researchers try to avoid priming by ensuring that questions are worded in a neutral way. It appears that JTI is using priming in its favour. For example, this question makes it sound like plain packaging will take resources away from other government policies: “There are a number of areas that compete for attention and resources in the Health Ministry. Government budgets do not allow all areas to be dealt with at the same time and it has to prioritise resources. How important or unimportant, if at all, do you think each of the following areas are for the Secretary of State for Health to prioritise?” Respondents were then asked a list of 10 government interventions, the first one being: “Provision of better hospitals and health care”, the last one “Introduce plain packaging on tobacco products”.

Of course, 99% of respondents will say that better hospitals is very important, compared to 52% who said that introducing plain packaging is very important. The question was designed to get the answer the tobacco industry wanted. Another example of priming: “Distinctive brand designs, their logos and colours play an important role in helping consumers choose their products and a key way to protect them from being sold contraband or inferior, counterfeit products. Do you agree or disagree with this statement?” The question is worded so that people are likely to agree with the statement (76%).

The tobacco industry is likely to argue that while the government does not have to pay for the changes in the packs, plain packaging will probably result in an increase in illicit trade. There is no rational basis for a link between standardised packaging and illicit trade. Tobacco packs are already easily counterfeited, which is why, globally, the industry is required to add covert markings to distinguish legitimate products from counterfeit products. Standardised packs will have markings required in the same way as they would be required on branded (non-standardised) packs, so they will be no easier to counterfeit than branded packs. Peer-reviewed academic studies1,2 find no support for a spike in illicit trade following the introduction of plain packaging.

The illicit trade argument is invoked by the tobacco industry to discourage the introduction of legitimate regulation, and to dispute the effectiveness of tobacco control measures when sales decline after implementation. Failing to implement standardised packaging will not improve the current illicit trade situation, but will represent a missed opportunity to improve health outcomes for South Africans.

The survey also falsely tells respondents that “There is no obligation from the World Health Organisation (WHO) or any other organisation for South Africa’s government to adopt plain packaging”. This is simply untrue. The FCTC Article 11 Guidelines explicitly advise ratifying countries to adopt plain packaging because it reduces the attractiveness of tobacco products, increases the noticeability and effectiveness of health warnings, and addresses industry package design techniques that may suggest that some tobacco products are less harmful than others.

On 25 July 2019, we emailed Victory Research but got no response even though the report states: “Victory can be contacted directly to answer any questions on the methodology or the way in which the research was conducted”.

Nicole Vellios and Sam Filby are researchers at the University of Cape Town’s Research Unit on the Economics of Excisable Products. See website here.