How to get public transport back on track 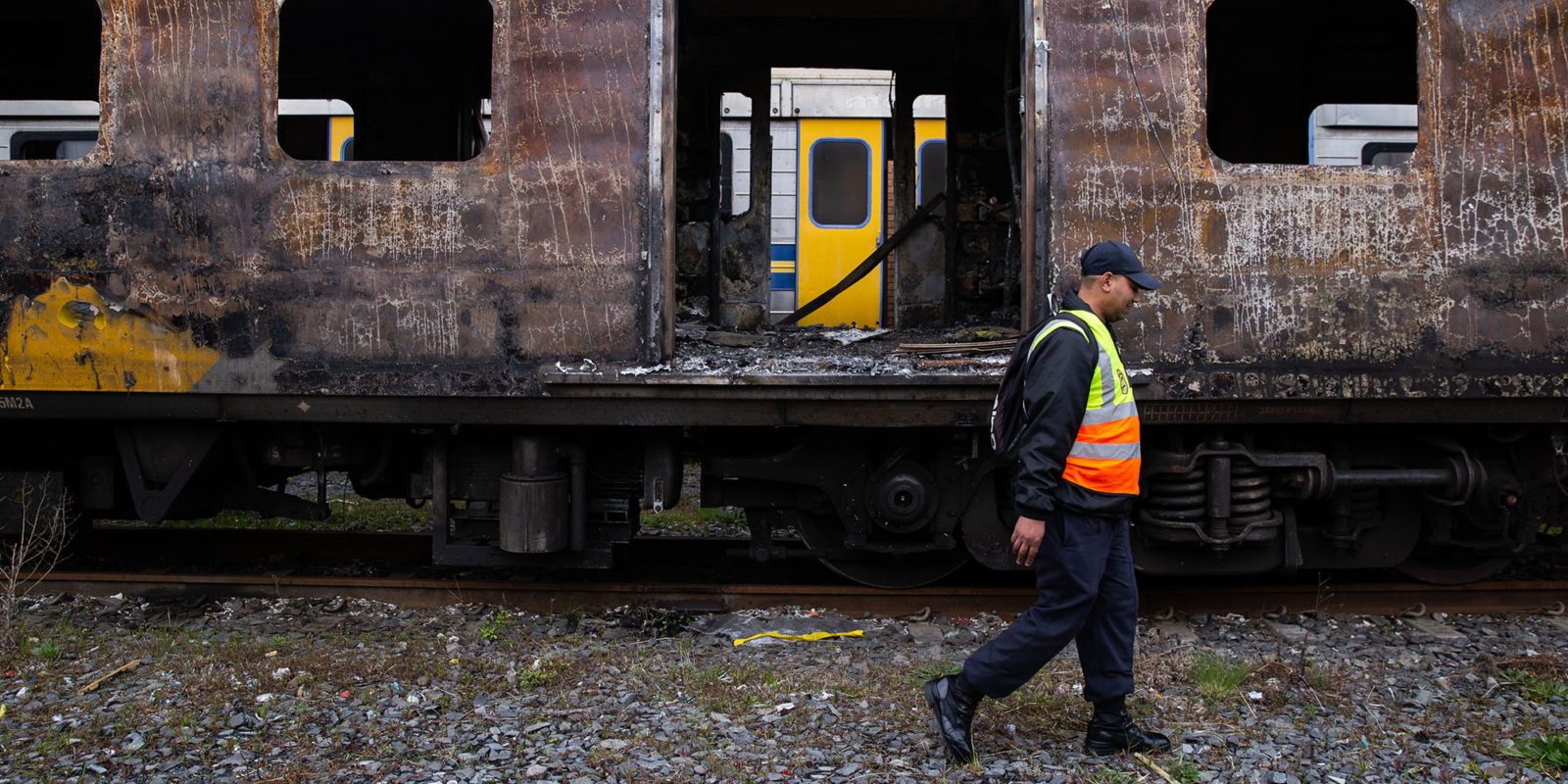 While President Cyril Ramaphosa dreams of bullet trains, the rest of us long for a working public transport system.

In late June 2019, the newly appointed Transport Minister, Fikile Mbalula, committed to taking a commuter train from Khayelitsha to Langa in Cape Town. According to a report by TimesLive, “Mbalula got an immediate taste of commuter frustrations when the train from Khayelitsha to Langa was delayed due to a loose wire hanging over the tracks, as well as a passenger incident – meaning that he could not complete the journey and was instead shuttled from Philippi to his final destination.”

A similar situation resulted when President Cyril Ramaphosa attempted a rail commute in Gauteng in May. These instances will come as no surprise to regular commuters.

The state of transport

Public transport in South Africa is in crisis. There are endless reports of corruption at the Passenger Rail Agency of South Africa (Prasa) with more than R24-billion looted from the SOE over the past decade. We are also constantly exposed to stories about delayed or cancelled trains, torched carriages, and commuters injured or too often dying as a result of overcrowded and unsafe carriages. According to the Rail Safety Regulator’s State of Safety Report (2016/2017), more than 3,000 people have died, and many more were injured, in rail-related incidents, between 2010 and 2017.

Consequently, many people who previously used public transport – particularly rail – no longer have the stomach to do so and are forced to use expensive, but often more reliable, private transport. In the past decade, the number of commuters using the rail system in the Western Cape declined by more than half. The problem is not confined to the Western Cape. This is hardly surprising, given that of all the trains scheduled almost 20% are delayed by an hour or more, or cancelled.

However, the alternatives to trains, where they exist at all, are extremely limited and problematic in their own right. Buses (both those that are government-run like the MyCity or Rea Vaya Bus Rapid Transit (BRT) systems or the privately-owned fleets like Golden Arrow) do not go to all areas. The routes that do exist are often poorly serviced, leading to long wait times or overcrowding. Bus trips also tend to be much more costly than train commutes.

Minibus taxis plug many of the gaps in our public transport network. However, these are effectively coffins on wheels with poor safety records and are increasingly expensive. The limited regulation of the taxi industry often means that cartels are able to increase prices – not always in line with fuel costs – leaving commuters with little recourse but to pay more. For the many who do not have the luxury of choosing not to use the trains, besides being regularly late for work, there is a widespread feeling of being unsafe, as a result of increased levels of crime and violence as well as a fear of sexual harassment. The economic and human toll of this cannot be overstated.

In response to this, for two years, #UniteBehind has been demanding that the commuter rail service be declared a national disaster. Among the immediate actions this would induce, would be additional government resources to Prasa and its subdivision Metrorail. The scale of the problem demands that such a declaration happens with due urgency so that short-term improvements can be effected.

A transformed public transport system – especially one with a focus on fixing, expanding and modernising the rail system – also presents a unique opportunity to drastically alter lives across South African cities. It can help undo the enduring legacy of apartheid spatial planning that keeps working-class people travelling vast distances to their place of employment. It can provide unemployed people with better mobility to search for employment opportunities. Crucially, it is also an imperative if we are to make significant inroads in mitigating South Africa’s contributions to the ecological crisis.

Private transport is a false solution

According to the UN Intergovernmental Panel for Climate Change (IPCC) global CO2 emissions need to decline by 45% from 2010 levels by 2030 if we are to limit global warming to 1.5°C. One of the most important aspects of this is to limit our use of fossil fuels, a large proportion of which are currently used to power combustion engine-based transportation vehicles. In addition to the fact that most South Africans are unable to afford private car ownership, this is one of the reasons why expanded private vehicle ownership is not the solution to our transportation crisis.

South Africa is one of the biggest contributors to greenhouse gas emissions in the world. A sizeable amount (between 9% and 11%), and growing proportion (an increase of 32% from 2000 to 2010) of SA carbon emissions is attributed to transport. Most of this (more than 90%) is attributed to road emissions from the combustion of petrol and diesel.

Private vehicles make up a substantial portion of this, far above buses and minibus taxis. This is because private cars have greater emissions per capita than other forms of commuter road transport. Worse still, it is estimated that SA’s transport-related carbon emissions could triple by 2050 – the date at which the IPCC states net emissions must be zero – if no mitigating actions are employed.

Private vehicles are also the main contributor to the increasingly congested nature of cities in South Africa. A 2013 National Household Travel Survey by Stats SA estimated how people commute to work and school on a daily basis. Besides those who walked (14 million), it estimated that out of 17 million commuters, only two million used buses and one million used trains. The majority – eight million – used private cars, while about six million used minibus taxis.

This congestion contributes greatly to air pollution and negatively affects the lives of workers who spend hours of their day sitting in traffic. South Africa also has some of the worst road safety statistics globally, with on average 14,000 road-related deaths each year. Besides the loss of life, road-related deaths are accompanied by huge economic costs. Thus, while electric vehicles may have much lower carbon emissions, and are important in this respect, they do not address the high costs of private vehicles, the question of road safety nor the issue of growing congestion.

The expansion of private vehicles – even if electric – also requires significant expansion of the road networks and increased parking lots, taking up valuable space that could otherwise be used for parks, densified and affordable housing and pedestrian-friendly cities and towns. Initiatives aimed at incentivising consumers to purchase electric vehicles or hybrids instead of vehicles running on fossil fuels do not go far enough to shift our mindset toward creating integrated, community-centred green cities.

Incentivise a shift from the private to the public

We need to create incentives for people to leave their private vehicles for public transport. Public transport should not be taken out of necessity but rather because it is preferable to private vehicles. It should be an integral part of how we reimagine the cities and towns in which we want to live.

In concrete terms, this means we need accessible, safe, affordable and reliable options that, especially in highly densified areas around our metros, run regularly for most hours of the day (at least from 4am to 10pm). An increase in buses and more bus lanes – particularly during rush hours – can allow for shorter commutes to and from work. However, safe, fast and regular rail systems need to be prioritised, especially given the greater number of passengers they can carry and their greatly reduced impact on the environment. Transport systems need to be integrated: buses and trains must connect and the same payment system must be used for both.

#UniteBehind has already made concrete suggestions on what needs to be done to fix the trains in the short term. Specific measures include:

In the medium term (next two to five years) we should see the massive rollout of a public transport system that runs on renewable energy. Building trains and buses that run on renewables can revolutionise public transport and dramatically improve people’s lives and our economy, while contributing to fighting climate change. Greater connectivity and mobility via low-carbon transport will also cut the need for carbon-intensive commercial flights.

Beyond this, fixing public transport should not be thought of as a purely technical process outside of thinking about how we relate to each other and to the natural world. Public transportation should bring communities together, work towards reducing inequalities and help to foster an economy that works for all. The creation and maintenance of such a system has the potential to be a major job creator – getting millions of people from private vehicles to public transport means building new transport systems. Some jobs in the car manufacturing sector will be lost, but if reskilled they can be the manufacturers of a local renewable energy industry as well as of new trains and buses.

We will also need more conductors, drivers, security personnel, engineers and technicians. It is essential that we produce the infrastructure locally to ensure the maximum number of jobs are created and to safeguard against wasted expenditure on trains that do not fit the rails, for example.

When taking public transport, commuters should have access to safe and comfortable train stations and bus stops that protect them from harsh weather conditions. People will spend less time in traffic or waiting for delayed trains, thereby getting to work and school sooner and having the potential for greater productivity. Jobseekers will also be able to more easily look for and find work. There should be free Wi-Fi while commuting so that commuters can complete work and free up leisure time or use time on public transport commutes to apply for jobs.

None of these ideas is new nor are they unrealisable. Indeed, in one way or another, many are covered in existing legislation or government policy statements. Along with so much else, the problem is not the absence of plans but the abject failure of implementation.

The scale of such a project requires that the state invests resources in the development of a public transport system that can fast-track a better life for all. This necessitates political will. The newly appointed transport minister has indicated he will establish a “war room” and that for the next 100 days he and his ministry will focus on fixing Prasa and the railway system.

We have heard all of this before. Since the dawn of the post-apartheid government, we have heard endless promises. We have seen the development of policies and strategies to improve and advance public transport in this country. Concerted government action is the only missing ingredient and this is almost guaranteed to remain the case unless, and until, people take action to force the government to do what it has long known must be done.

As we come closer and closer to an irreversible ecological crisis, the imperative for radical action becomes even greater. Addressing the transport crisis is a crucial starting point in addressing the climate crisis. DM

Carilee Osborne is a researcher at the Institute for African Alternatives, (IFAA). Dominic Brown is an elected member of the #UniteBehind secretariat.