The ever-shrinking economy seats and other flying beasts 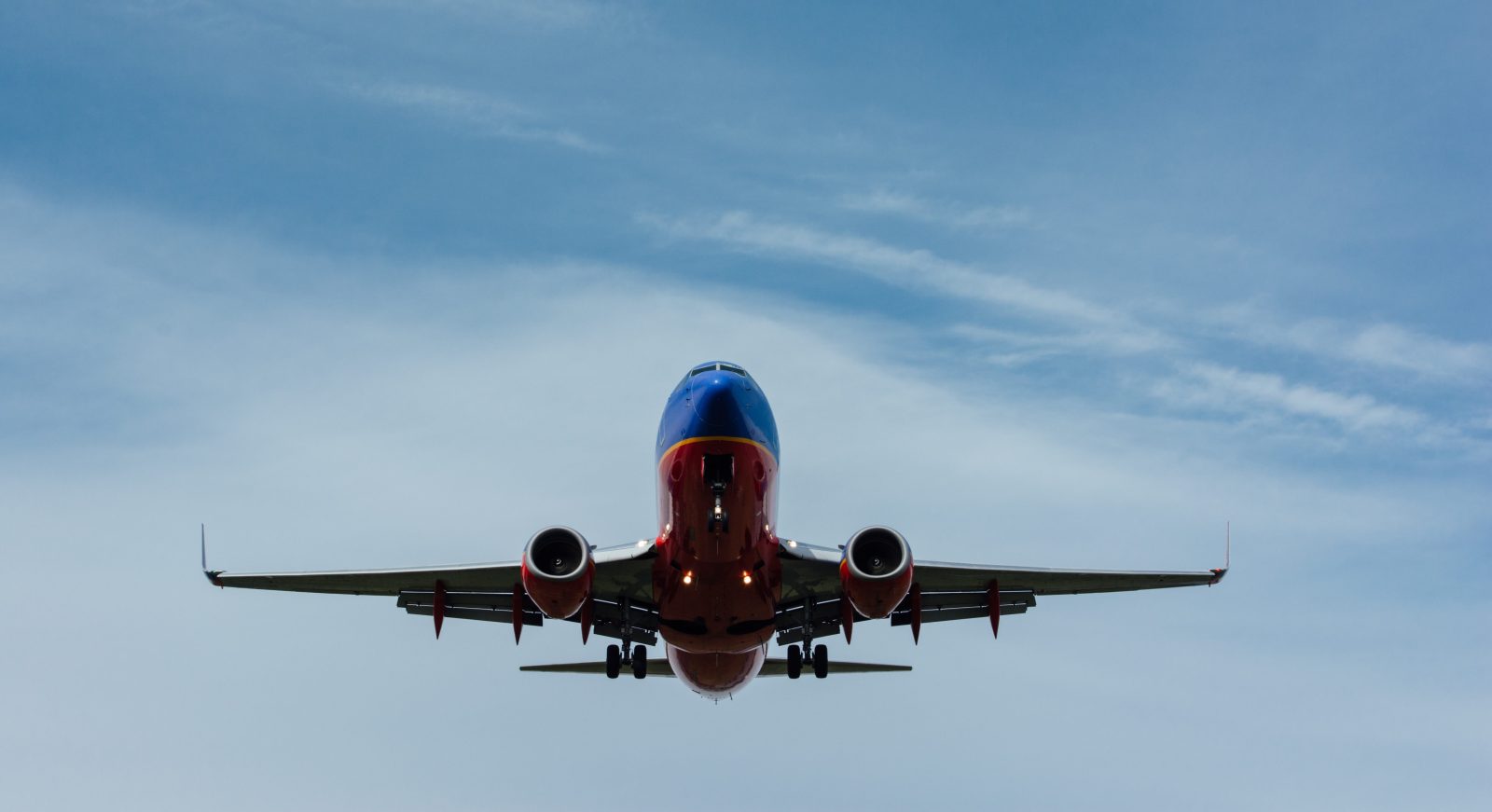 Despite some turbulent times, passenger flights remain one of humankind’s greatest dreams-come-true.

All budding great airlines. All defunct.

In October 2018, the International Air Transport Association (Iata) said the airplane industry was expected to generate a $28-billion cumulative profit in 2019, and estimated that the number of passengers travelling by plane would reach 8.2 billion in 2037, yet flying is not a simple affair.

Locally, we have our fair share of turbulence with South African Airways (SAA) still battling its own thunderstorm; while Iata found that although international revenue passenger kilometre volumes continue growing, Africa has “barely increased capacity over the past year (…) and the region lags its counterparts on this measure.”

Yet, despite economical traumas and business challenges, flying remains one of humankind’s wildest ever dreams-come-true.

According to Nasa, the first-ever paying “fixed-wing passenger checked his bag on Jan. 1, 1914”. At the helm of the flying boat, the American pilot Tony Jannus. The lucky customer was a man named Abram Pheil, the former mayor of St Petersburg, Florida, from where the flying boat took off. Pheil was the highest bidder at that very seat’s auction ($400 at the time, which is about $5,000 – R70,400 – in today’s money).

The trip from St Petersburg to Tampa, across Tampa Bay, was 34km and took 23 minutes at an altitude of about 1.5m. As Nasa explains, in the early days of commercial flights, “passenger aircraft only flew as high as 10,000 feet (about 3,000m – just for perspective Mont Blanc in France is 4,810m high), due to the reduced levels of oxygen at higher altitudes”.

But, on 8 June 1940, a Boeing 307 Stratoliner flew at an altitude of 6,000m, thanks to its pressurised cabins. The airline that was flying that Boeing? The famous Pan Am, aka Pan American Airways, which ceased operations in 1991.

At the time the Boeing 307 Stratoliner flew at new altitudes, the plane had 33 seats, lined up one behind another. Today, an Airbus A380 can welcome anything from 550 to 800 passengers, depending on how the plane is configured.

But not all planes are A380s, and with many more passengers needing to be squeezed into one plane to optimise flight capacity, seats’ width and legroom have started to shrink as fast as a democracy under Donald Trump’s presidency.

In an article published in March 2018, the UK’s Daily Telegraph pulled out the tape measure: on a long-haul flight on British Airways, legroom went from 78-86cm, depending on flights, to just 78cm. On a long-haul flight on Virgin, legroom shrank from 86cm to 73.6cm and on Delta Airlines, the seat width diminished from 48cm to 42.6cm on some flights.

If you’re still in seat shrinkage denial, in 2017, the Federal Aviation Administration (FAA) was asked to “address the case of ‘the incredible shrinking airline seat’ by a judge in the US Court of Appeals for the District of Columbia Circuit,” following a petition by a passenger rights group, FlyersRights.org, that asked the FAA “to establish a minimum seat pitch for US airlines”. The association claimed the shrinking of seats could lead to accidents during sudden evacuations. But the FAA shrugged the order off.

In the world of odd seating options, companies haven’t lacked imagination. Coming to a very uncomfortable flight near you, the Skyrider by Aviointeriors might soon be a dreadful reality in our flying journeys (the seats resemble that of a bicycle, except you’re half standing in some sort of squat).

Airbus also patented a rather unexpected idea: stacked seats, which is like piling people on top of each other – instead of the luggage compartment, you’d have a human overhead. The patent was filed in 2015 and as far as we could see, no stacked seats have made it to planes yet.

Then, the FAA recently approved another seating set-up: staggered seating, which would allegedly solve our natural aversion for the middle seat. The seat is positioned a few centimetres behind and below its left and right neighbours, and the armrest is designed so that you don’t need to punch your neighbour’s elbow anymore.

Locally, Tlali Tlali, SAA’s head of media relations, says the company “continues to seek improved passenger comfort for economy class passengers. To this end, the airline is looking into ‘neighbour-free flight’, where consumers can pay to have the seat next to them for extra comfort. The airline is also planning on implementing the SOFA product where the customer can enjoy the added benefit by having a ‘bed’/‘couch’ as an option.”

At British Airways, Stephen Forbes, director of Meropa in charge of BA’s communication in South Africa, says the airline’s A350 plane “will also promote a feeling of well-being, space and calm due to its reduced noise levels, high ceilings and ambient lighting which is intended to complement the time of day and outside light. Customers will leave their flight feeling rested thanks to higher levels of humidity and refreshed air as the cabin pressure is equivalent to an altitude of just 6,000 feet. There are also environmental benefits to flying on the state-of-the-art A350 as 25% lower fuel burn significantly reduces CO2 emissions.”

Instead of the usual seating options within first, business and economy classes, customers will be able to custom-make their own seating arrangements depending on how much they pay.

Comfort, seating arrangements and broadened choices are not the only variations being made to the future of commercial aircraft; supersonic passenger jets might soon be back on the runway.

The dream to fly faster than the speed of sound became a reality when, on 2 March 1969, the first “turbojet-powered supersonic passenger airliner”, Concorde 001, a collaboration between French Aerospatiale and the British Aircraft Corporation (BAC), made a test flight from Toulouse; it went supersonic the following October and was operated commercially seven years later, in January 1976.

The Concorde, the first-ever commercial supersonic to comfortably cruise at Mach 2.02 or around 2,156 km per hour, had a distinctive structural design – a prototypical droop nose – cutting-edge engineering and the ability to transport people from New York to Paris in under 3.5 hours, at an altitude of 18,300m.

It was also awfully costly (a unit cost around $157-million – about R2-billion – to produce, and a return ticket from London to New York about R178,700) and produced loud sonic booms, the sound produced by a shock wave when the plane travels through the air faster than the speed of sound, which meant it was banned from flying at supersonic speeds over land because of the noise it produced.

Often dubbed an “aviation icon”, the Concorde was a mastery of engineering and a dream sparked when in 1947, US pilot Chuck Yeager broke the sound barrier in Bell X1 (which he named “Glamorous Glennis” after his wife) and commercial airlines started to plan supersonic planes for commercial use. It was also an implausible progression from the first commercial plane that had flown only 62 years earlier with customer Abram Pheil on board.

In 2003, the Concorde, operated by British Airways, made its last flight, from JFK Airport to London Heathrow. Air France, the only other airline to operate the Concorde, had run its supersonic jet’s final flight the previous June before retiring it to Toulouse. And on 24 October 2003, the Concorde retired after 27 years of astonishing engineering prowess and irresolvable commercial challenges.

Fast-forward to 2019 and supersonic passenger aircraft are still an exhilarating development for engineers and billionaires the world around. Boom Supersonic is a start-up that claims its plane will be able to fly twice as fast as a subsonic plane at a price close to a business class ticket; they also maintain that they will be open for business in 2023 – with Japan Airlines and Virgin Group as the group’s future operators, and 30 aircraft on pre-order.

Spike Aerospace with up to 18 seats, dubbed “the world’s first quiet supersonic jet” (it is claimed to have no loud sonic boom), will fly from Dubai to New York non-stop at “twice the speed of other jets” (aka subsonic planes).

The British business magnate Sir Richard Branson once said, “We will be producing supersonic planes which will go far, far faster than Concordes. New York to Tokyo could be less than an hour. You could be travelling at 19,000 miles an hour orbitally.” He might not be completely wrong. ML