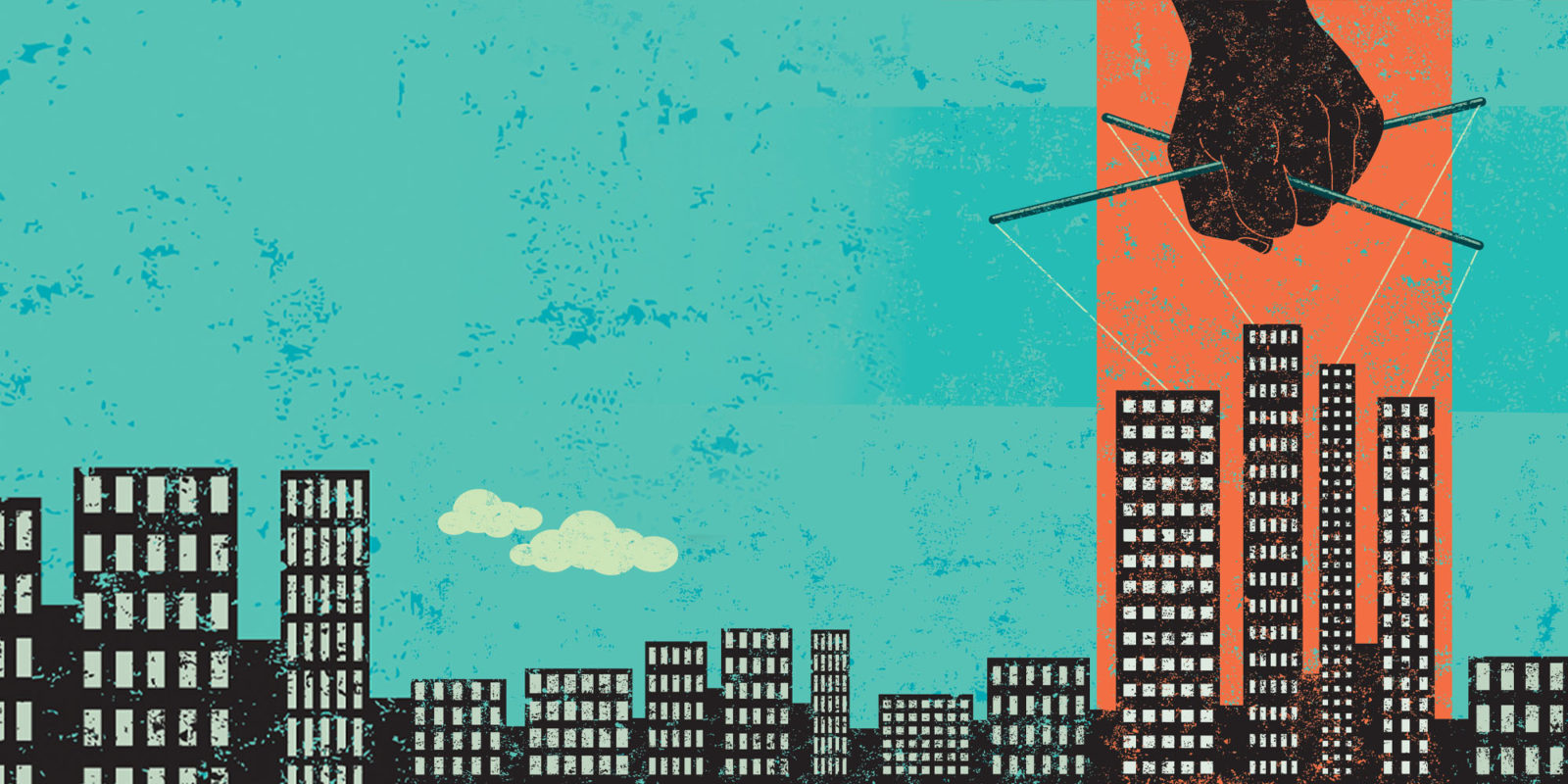 The AU’s administration can play a massive role in reducing the incidence of corruption on the continent by advocating the establishment of the All-Africa Anti-Corruption Court, say the writers. (Illustration: AdobeStock)

The era of ‘Big Man’ politics has not ended in Africa. All too often, the political office is seen as an opportunity for self-enrichment rather than service to the public. It’s time to set up a continent-wide anti-corruption court to prosecute offenders.

Transparency International commissioned Afrobarometer to conduct a scientific survey of the African experience of corruption in 35 countries across the continent. The results of the survey have now been published. More than 47,000 interviews were conducted among scientifically selected sample populations. The outcome of the survey does not make for pleasing reading. Nevertheless, both organisations should be commended for shining light into the darker recesses of the lived experience of Africans.

According to a carefully crafted media report published by Legalbrief on the survey, it:

“[R]eveals that more than one in four people who accessed public services during the previous year had to pay a bribe. A majority of citizens surveyed in 35 African countries think that corruption is getting worse and that their government is doing a poor job of fighting it, the report indicates. The 10th edition of the barometer is the largest and most detailed survey of citizens’ views on bribery and other forms of corruption in Africa. It highlights that corruption disproportionately affects the poorest citizens, who have to pay bribes twice as often as the richest to access public services such as healthcare and police assistance. It found that more than half (55%) of all citizens think that corruption in their country increased in the previous 12 months. Only 23% think it declined. And just one in three citizens think their government is doing a good job at fighting corruption, while 59% rate their government’s performance as bad.”

It should be noted that the survey is not merely of the perceptions of corruption, but also of the lived experience of Africans.

As many governments in Africa have committed themselves to achieving the sustainable development goals (UN SDG) set by the United Nations, it is clear that there is work to be done on the building and nurturing of strong institutions of state that can be used to prevent and combat the corrupt. SDG 16 contemplates strong institutions of the state.

Many African states are committed to the UN Convention against Corruption, which obliges them to establish and maintain adequately independent institutions to tackle corruption.

South Africa’s Constitutional Court has done the continent a service by considering the essential attributes of adequately independent anti-corruption machinery of the state. Its majority judgment in the case known as Glenister II can serve as a template for the setting up of efficient and effective anti-corruption entities at the state level. The main criteria for such entities are that they operate as a single entity staffed by specialists who are properly trained to prevent, combat, investigate and prosecute the corrupt.

Their independence is vital to their success – they ought to be beyond executive control and free of political interference and influence from the powerful. Their structure and operations should enable them to act without fear, favour or prejudice in their professional work. In order that they are able to execute their mandates fully, their resourcing should be guaranteed and equal to the demands of the task at hand. All key staff should enjoy the security of tenure of office. Investigators should be able to rest assured that doing their jobs properly does not become a career-limiting activity.

The truth is that all too often in Africa these noble attributes are either given lip-service or are signally absent in many jurisdictions. The era of “Big Man” politics has not ended. All too often the political office is seen as an opportunity for self-enrichment rather than service to the public. When kleptocrats lead, the rot permeates the public administration leading to the type of experience recorded by the Afrobarometer researchers.

The Liberian experience, as related by its newly appointed solicitor-general, is instructive. In a heartfelt cry for help, he points out that:

“[I]mmediately following appointment and confirmation by the Honourable Liberian Senate, and looking at the dismal character and image of my country after years of civil war followed by a sustained period of rampant corruption, abuse, waste and the plunder of resources for the last 10 years, leaving our National Treasury in tatters, I set up what is called the ‘Assets Investigation, Restitution and Recovery Team (Airret)’ to search for, identify, track down and repatriate all stolen monies from the National Treasury by former government officials during the last administration…”

While the work of beefing up anti-corruption entities at a national level is slow and of uncertain outcome, there is a way of dealing with State Capture, grand corruption and kleptocracy on a continent-wide basis. The African Union should give urgent consideration to setting up an All-Africa Anti-Corruption Court (AAACC) that will be able to address the need for strong institutions as per UN SDG 16 and navigate the pitfalls of lack of political will to establish Glenister II-compliant institutions at the national level.

Operating on the basis of complementarity, the AAACC could be turned to in all situations in which national anti-corruption machinery fails the people of African states. Governments could be encouraged to join the AAACC as part of their commitment to UNCAC and to the UN SDGs. With buy-in from the AU, it may be possible to fast-track the establishment of a court with continent-wide jurisdiction in which the finest investigators, prosecutors and judges of the continent are concentrated in a single body that serves to deal a telling blow to the corrupt of our continent.

There are obvious economic advantages to setting up an AAACC. One hopes that those economic considerations would muster the political will and economic resources that have been absent from attempts to establish an African Regional Criminal Court (in terms of the Malabo Protocol of 2014).

The idea of an international anti-corruption court is not a new one. Justice Mark Wolf, a US Federal Court judge, has established an international NGO called Integrity Initiatives International to give expression to his vision for improving the quality of the criminal justice administration against corruption both at national and international levels. The notion of such a court is supported by Colombia and is favoured by progressive leaders in Africa too. The Colombians have sponsored the idea of having the matter debated by the General Assembly of the UN in 2021. Africa is well-placed to nimbly steal a march by swiftly moving to set up the much-needed AAACC.

The research conducted by Afrobarometer ought to serve as a spur to the leadership of Africa to step up proactively in the fight against corruption by canvassing support for the AAACC. The corollary of the old adage that “the fish rots from the head”, as it applies to corruption, is that once grand corruption is properly addressed, petty corruption evaporates. This happy outcome occurs because the culture of impunity currently abroad on the continent is ended when some “big fish” find themselves on the receiving end of the justice meted out by the AAACC.