A new city is not a smart idea for South Africa 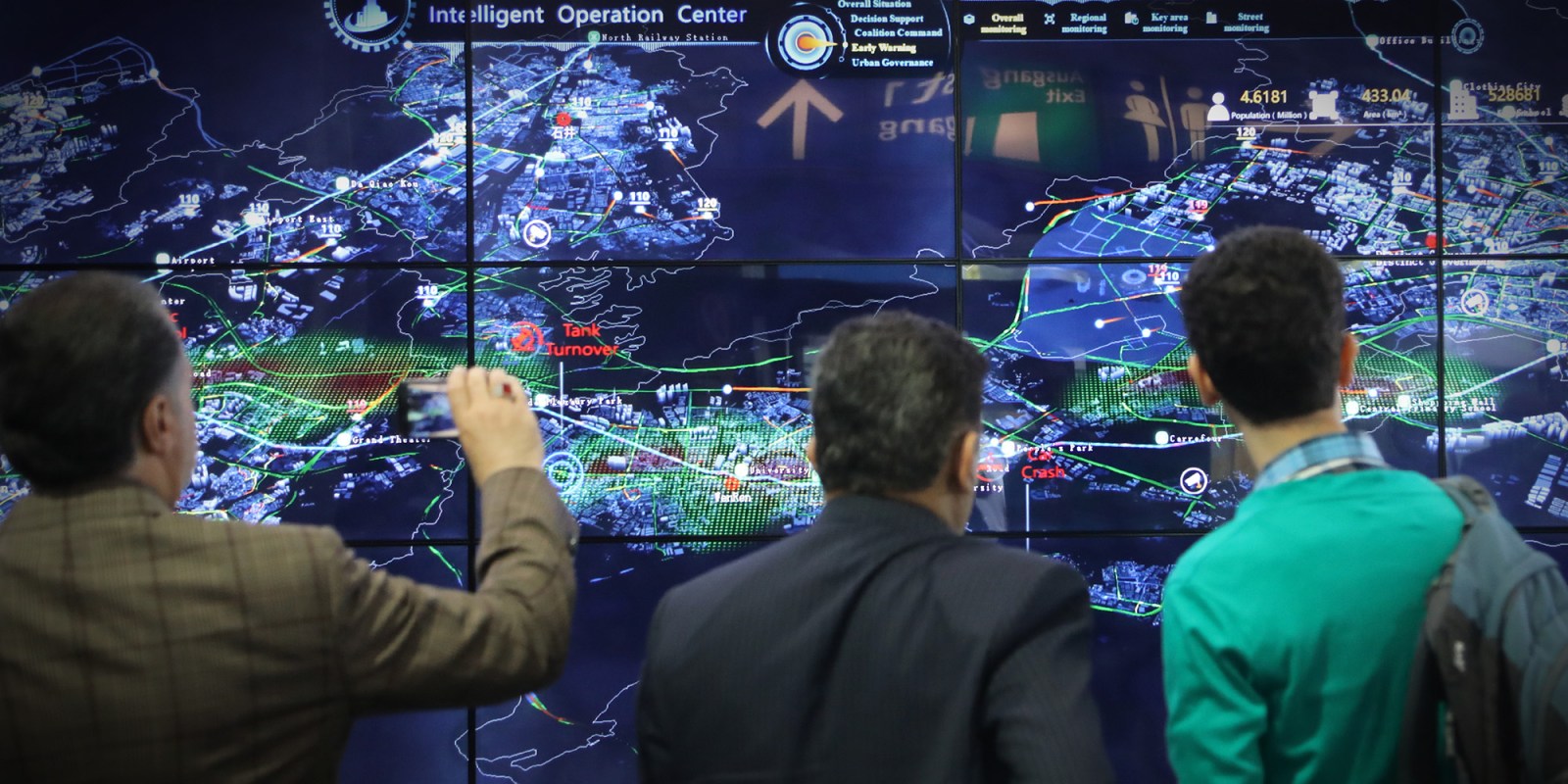 Vitsitors watch a map of a Smart City at the Huawei booth at the CeBIT computer fair in Hanover, northern Germany. (Photo: EPA-EFE / Focke Strangmann)

A new city is not the solution to South Africa’s urban challenges, but merely a costly distraction from the real issues our cities are facing.

As the Young Urbanists, we are surprised and concerned at the implicit support given for the development of a new “smart city” as set out in government pronouncements over the past two months.

While the government should be applauded for highlighting the importance of urbanisation for South Africa’s development and the opportunities and challenges that it presents, as well as looking to take bold steps to address it, we must interrogate what the best approach should be to meet the triple challenges of poverty, unemployment and inequality in South Africa’s urban areas.

In 2016, Cabinet adopted the Integrated Urban Development Framework (IUDF), the official national urban policy, which outlines clearly and explicitly where our national focus needs to be – on transforming the urban places and spaces where most of South Africa’s population already lives. Significant effort from government, civil society and communities is needed to give effect to urban spatial transformation.

As Young Urbanists, we believe South Africa should be wary of shifting focus towards the “new town” dreams of the 1960s and 1970s. It is clear our country needs to capitalise on our existing urban assets, promote integration and densification within our existing urban settlements, and consolidate and improve the maintenance of our urban infrastructure, which is under severe strain. Doing this will help to realise the urban dividend, that is the benefits of urbanisation, which have remained elusive for many urban South Africans.

The global urban planning literature and experience is littered with failed new town developments, with Nova Cidade de Kilamba outside Luanda, Angola as a stark reminder in the SADC region. Indeed, here in South Africa, we have our fair share of new city proposals that have fallen flat because they do nothing to help undo the apartheid spatial planning legacy or promote renewal, and are not underpinned by a strong connection to spatial economies. The examples range from the apartheid-era new town of Atlantis to the more recent proposals for Wescape (near Atlantis) and the “New York of Africa” proposed for Modderfontein, which have both now been abandoned.

We should also be wary of the allure of the Chinese “smart” urban growth model, as the large-scale over-investment in technologically enabled new town developments in China has created car-orientated, polluted urban areas, large numbers of empty buildings, and heavy fiscal burdens linked to under-utilised buildings and their associated infrastructure.

Our existing town centres or central business districts (CBDs) – whether Durban, Johannesburg, Pretoria, Pietermaritzburg and even smaller towns like George – are under severe pressure because town planners and municipal councils of the (recent) past have allowed outward expansion and decentralisation of commercial and retail activities – essentially hollowing out significant investment from the CBDs. There is now a concerted and direct effort under way to halt this.

The proposal to build a new city takes away from where our energy and focus should be – on consolidating and optimising existing infrastructure and urban centres, transforming them, and investing in safer and more viable public transport systems to connect and spatially integrate communities divided by apartheid town planning.

We recognise and support the concerted effort underway to align the planning and investment of all organs of state (all spheres of government, SOEs and other entities), as well as to leverage investment from the private sector, in order to meaningfully and more rapidly transform the urban landscape in our country. This is captured in the thinking underlying the current draft Integrated Planning Framework Bill, and other existing legislation and policies informed by the National Development Plan (NDP) such as the IUDF. Technology can certainly aid in achieving this coordinated action, but we believe that it should not be the driver.

As young people, any new city built would be in the South Africa of our future and that of the coming generations. We cannot emphasise more strongly that a new city is not the solution to South Africa’s urban challenges, but, in fact, merely a costly distraction from the real issues our cities are facing. Instead of new smart cities, we call on all national government (and other spheres of government) to release well-located state-owned land for the development of new medium density mixed-use neighbourhoods within existing cities that are co-created with those who will be living in them.

The only types of “smart” cities we should be focusing on are the ones we and our fellow South Africans already inhabit, and where many make lives and livelihoods, often against all odds and with great human ingenuity. DM

The Young Urbanists is a community of young built-environment professionals and urbanists that acts as a platform for open dialogue, engagement and action aimed at challenging the spatial and social legacies we face in our cities. It strives to empower members to be change agents within their chosen professions.