JOBS ON THE SIDE 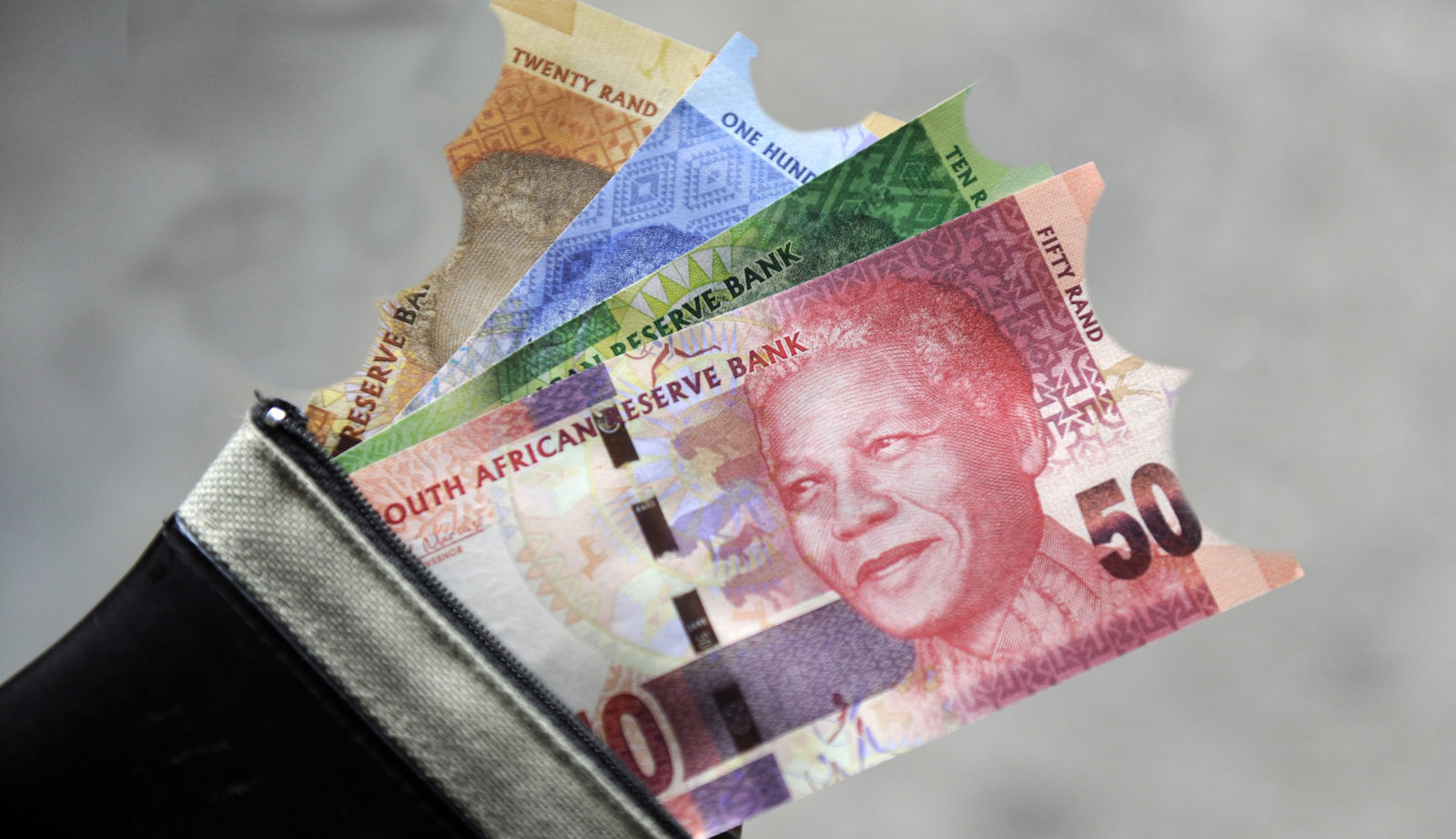 Banknotes, which feature an image of former president Nelson Mandela on the front and images of the Big Five wild animals on the reverse, on November 9, 2012 in Pretoria, South Africa. (Photo by Gallo Images / Foto24 / Loanna Hoffmann)

A study has confirmed that South Africans are realising that it takes more than just your main job to keep you sustained as the cost of living continues to rise. President Cyril Ramaphosa has cautioned South Africans to brace themselves for major job losses and in the current state of affairs, securing multiple streams of income may be the smartest thing you can do for yourself. And as entrepreneur Ross Simmonds said, ‘the hustle brings the dollar’.

Side hustling is becoming an integral part of the economy, “with government, financial institutions and other key players in South Africa increasingly prioritising entrepreneurship and Small, Medium and Micro Enterprises (SMMEs) in their funding and skills development initiatives”. This is according to a ground-breaking study compiled by the Henley Business School of Africa (HBSA) titled “What is the future of work in South Africa? Examining the Side Hustle Economy.”

To differentiate from “main jobbers”, side hustlers/jobbers are those who have work either different from their main job or those who do the same kind of work but for more than just the main employer.

“We’ve been aware of this phenomenon anecdotally for some time, which is why we wanted to apply some academic rigour to it,” said Henley Business School Africa dean and director Jon Foster-Pedley.

More South Africans are undeniably juggling more than one job, the study indicates. In fact, out of the 1,158 respondents, 27% said they earn an income from another side job.

While there are various motivations to “hustle” such as pursuing a business idea, exploring a new challenge, or a spike in a particular industry the more compelling reasons were as a means of earning an additional income and chasing one’s passion.

Iona McClean, 51, has for the last 23 years been working as a PA for three general managers at MTN. A single parent, she juggles being a PA with her side hustle – designing clocks using pewter, a thin sheet metal. She started her hustle four years ago and some of her designs are client-specific. Besides loving the activity as a hobby, she also said it helps with raking in extra income even though it is not substantial.

“It is what I would call ‘rainy day’ money, I use it for unplanned emergencies like servicing my car,” she said.

Although not exactly “making it rain”, to borrow a pop-culture metaphor, she feels absolute enjoyment when creating unique pieces for her clients.

“It’s not a mainstream gift that you are giving, its actually unique and I can tell from what the clients choose that this will be cherished much more than something that you would buy in a shop,” she said.

Besides putting in extra hours after knocking off from her main job and having to look after her kids, she doesn’t find juggling her two jobs to be much of a challenge.

“I don’t take any more orders than I can possibly fill.

“A lot of people do something on the side, I think the economy is as such that you have to try and supplement your income some way,” she said.

Similarly to McLean, Keabetswe Nthate, 30, was driven by his passion for photography which he juggles with his main job working at BMW South Africa in the logistics and supply chain department. Most of the time he works at the weekends from Friday afternoons until Sunday late.

“Growing up, I loved capturing. Someone recommended that I buy a camera because they thought I was good at it. So, I did and followed my passion,” he said.

The money he makes from his photography he puts toward buying and replacing camera equipment and covering travelling costs.

“Travelling and meeting people are the benefits I enjoy from my hustle,” he said.

“Sometimes I get clients from far places from someone who recommended me after seeing my work on Instagram.”

He said that even though there are instances when he cannot travel to a client, like the Cape Town gig he missed because he couldn’t afford transport and accommodation, he is insistent in his pursuit of becoming a travel photographer.

Zintle Tsholwana, 24, says she was compelled to side hustle to help bolster her monthly income. She’s currently working as an online English tutor for a company in Sunninghill. On the side, she is a freelance transcriber for a company called Rev.

“I actually learned about it through someone’s post on Twitter. I joined it around May 2019, so I’ve been doing it for two months.

“I needed to make extra money because my main job isn’t paying enough. I needed to find something that I could do from the comfort of my own home and freelance transcribing seemed like the best option for me. Plus, I figured it would be a good addition to my CV because I’m still job hunting,” she said.

She works within a flexible schedule and can choose her hours. She says the pay is pretty decent and the company pays weekly, unlike her main job which pays monthly.

“The company is very strict about accuracy and format, so I have to make sure that every job I take is completed with as few errors as possible. If I’m lucky, I can get about three transcribing jobs per week, making about R500 per week.

“The biggest challenge for me is balancing my main job, my side hustle and my home commitments. I still live at home with my parents, so this means that there’s still quite a lot of housework that I’m responsible for. If it wasn’t for this extra responsibility, I’d easily be able to make double what I’m making now from my transcribing work,” she explained.

As the study found, side hustling can help “stimulate entrepreneurship and build entrepreneurial skills”. Companies can also retain their best talent – talented employees prefer to stay with or work for companies that allow side hustling. Companies are also able to circumvent growing staff costs and salary expectations amid the rising tide of joblessness.

It makes compelling business sense to regularise and legitimise this practice in companies to everyone’s benefit “because these side hustlers and side jobbers are incredible, innovative, creative, and already among a company’s greatest assets”, said Foster-Pedley.

“They learn new skills that they bring back into their primary employment. Instead of developing national incubators, which are often seen to be of little value, we might incubate a whole new wave of entrepreneurs who are side hustling while working and building economic value and jobs. It may open the door to more job sharing and shorter working weeks as side hustlers spend more time on their other ventures,” he explains.

But, as progressive as this may sound, it is still important to be mindful your wellbeing considering the pressures and effort that comes with being an efficacious hustler.

“It never hurts to make extra money. However, I think people need to be aware that burn-out is a real thing and spreading yourself too thin can have a detrimental effect on your physical and emotional health. That’s why it helps if someone chooses a side hustle related to something that they’re passionate about,” said Tsholwana.

Either way, if you have considered moonlighting before maybe now is the time.

“There’s an option here to create a win-win scenario and help, indirectly, create jobs, especially in the SMME space, but just as importantly, this is a signal – if we ever needed reminding – that the old business practices, the asphyxiating 9-5 conformity drummed into all of us by the monolithic corporates of yore is over,” said Foster-Pedley. DM