Lessons we learned from the Boks’ ‘lucky’ draw

Lessons we learned from the Boks’ ‘lucky’ draw 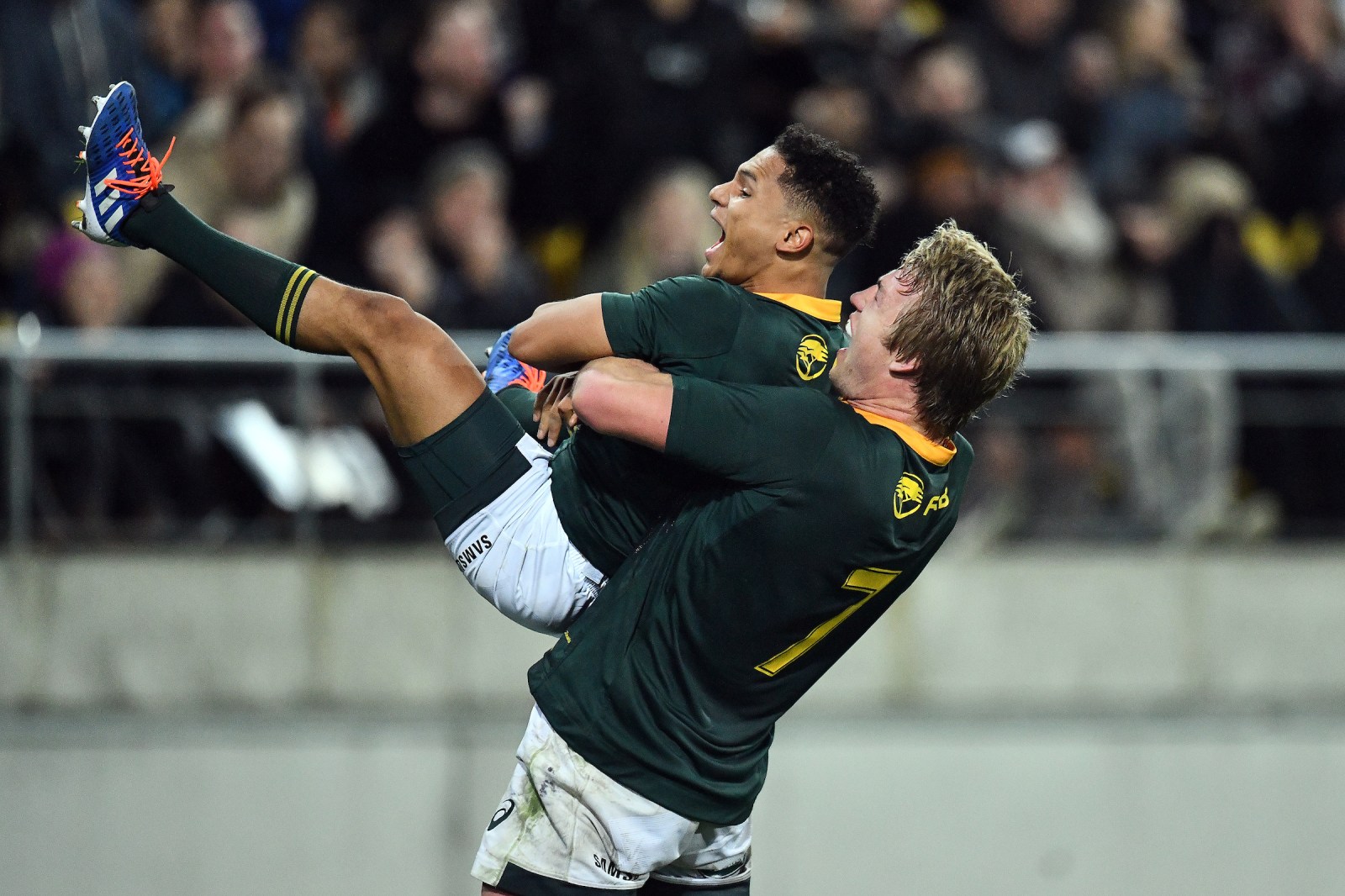 Dress rehearsals aren’t supposed to be perfect. In fact, superstition prefers that they go badly. The Springboks are a long way off the finished product, but there are signs of life which will make many dare to dream.

There’s an old superstition in theatre that a bad dress rehearsal means the show will be a hit. It’s a good thing rugby isn’t stage acting, because if a thrilling draw is a bad omen for the World Cup, then everyone might as well stay home.

Draws in rugby are still fairly rare, but jokes about “the team who scored more boundaries wins” weren’t. There were more lessons to learn from South Africa’s 16-16 draw against New Zealand in Wellington than they might have taken from a win.

The first lesson is obvious. Herschel Jantjies is a good rugby player and a good scrumhalf and he’s got the big match temperament (BMT) to complement both. If his debut against Australia was his audition, the shift against New Zealand was the screening for the critics. It’s still worth cautioning against not getting too carried away, but to have the composure to think so clearly when the pressure is so suffocating takes a special player. It also takes a coach with the balls to back his players, and it appears as if Rassie Erasmus is dismantling the conservative system from within.

Risky? Sure. Worth it? You bet. From Jantjies’ elevation to trying a player like Kwagga Smith in the irritant role, gone are the days when everyone was left wondering how many more times the same mistakes need play out before somebody realises they’re on the brink of insanity.

The Springboks might not suffer the same pressure constipation affliction that their cricket-playing counterparts are infamous for, but that doesn’t make them immune. It’s fitting then that Handre Pollard sealed the draw with a regulation kick that even the most experienced pivots are at risk of fluffing when expectation is mounting.

The second lesson is that the Springboks are finally breaking free from the skop, skiet en dondershackles that has been their trademark play for so long. There is still a bit of skopand skiet, but at least those blows are being aimed in the right direction. Whether it comes from Cheslin Kolbe’s grubber boot – and engineers a try – or looking for smart territory when they are being boxed in, something is happening.

New Zealand played the rugby equivalent of tiki-taka on Saturday, they dominated possession and strung together almost double the number of passes the Boks managed (211 vs 113 if you were counting). But defensively, South Africa put in a good shift, one which allowed them to build towards that unique moment when Jantjies bundled over.

The Springboks aren’t just trying to force their way through walls any more. Nor are they wildly kicking into the ether hoping the ball lands somewhere in their favour. That still happened, but the creativity is just begging to be unleashed.

Defensively, South Africa are more compact, more organised, without compromising on aggression. It creates a risk of being caught on a counter, but if capitalising on opposition errors can evolve, the defensive approach might pay off.

The most obvious example of the defensive scrambling to get together came when TJ Perenara passed to Beauden Barrett who turned on the gas, created the space and put Jack Goodhue on course to score.

That wouldn’t have hurt so much if the Boks had managed a breakthrough in the first half. Eramus didn’t skirt around the issues in what he termed a “lucky” escape.

“I was frustrated in a sense that we dominated a lot of things except line-outs. All the other facets we dominated. Especially when they were almost under caution from the referee for repeated infringing and we missed the penalty when we could go [nine] points up, then they scored that turnover try and that swung the momentum,” Erasmus said after the match.

“To come away with a draw, I guess we’re satisfied with that. The first 35 minutes we played very well and the second half they totally dominated. So fairly lucky, in a big way,” he added.

Indeed, even creative attacking is still in need of work. Faf de Klerk pulled the strings in the first half with smart kicking – allowing South Africa to dominate territory in the opening stages, but the All Blacks were always two steps ahead and the Boks couldn’t get across the tryline.

But creative play will never live its best life if it is constantly stifled by conservatism. And that might be the most profound thing Erasmus is gifting his players.

“Go out there and just play like yourself,” seems to be the overarching message.

Sure, every single player on that pitch might be competing for a spot on the plane to Japan, but they are doing so on their own terms instead of being ask to contort themselves to fit a blueprint that should have been set alight a long time ago.

Maybe then, the dress rehearsal did go badly. Because a win might have risked the small mistakes getting lost in the euphoria. But if the fault- finding centres on nitpicking rather than writing obituaries after a 57-0 drubbing, the main event is going to be one hell of a show. DM