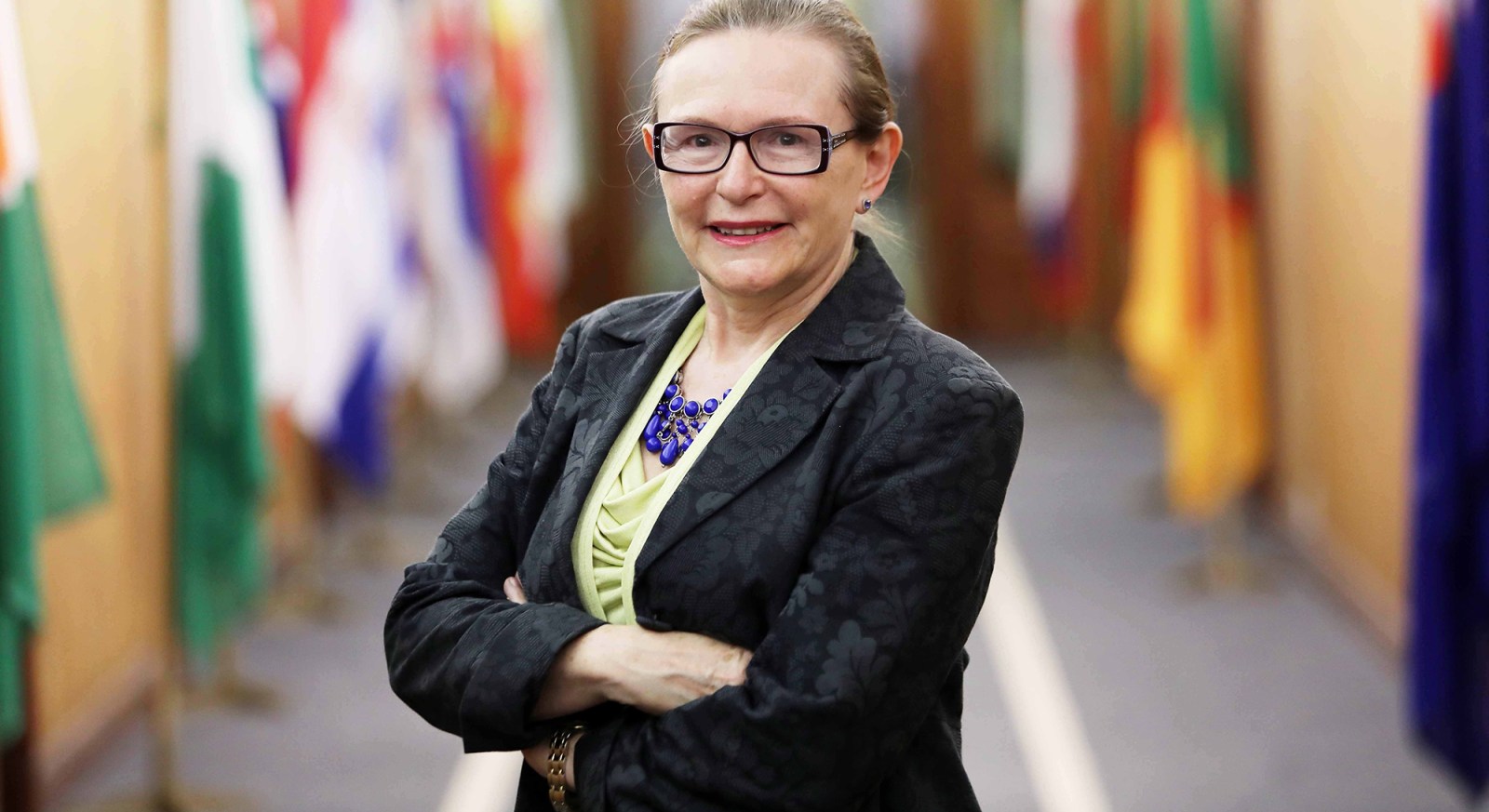 Now that former Western Cape Premier Helen Zille has left the fray of party politics, she intends to focus on what she calls the ‘battle of ideas’. Addressing the Cape Town Press Club this week, Zille set out her stand as someone prepared to wage war on the preoccupation with identity politics that she believes is poisoning public discourse and muddying concepts of liberalism.

Are we really to believe that Helen Zille’s greatest mistake as a politician was not to predict the rise of identity politics?

That is the case that Zille made this week at the Cape Town Press Club: arguing that the English-speaking world, and South Africa, has been gripped by a “shift to victimhood culture” that the former DA leader failed to perceive while it was happening, to her detriment.

“I failed to spot this fundamental shift in moral cultures,” Zille announced.

“It is profound, it is deep and it has gripped our university campuses… It has profound dangers for South Africa.”

An ideology that “valorises victimhood”, Zille said, makes it impossible in South Africa “to build a common identity around shared values”.

Zille has indicated for some time in her public statements that she considers the rise of identity politics to be a pernicious concern, and has said that she is working on a book on the subject.

But in her Press Club address, she took things one step further, identifying the issue as one of the two most fundamental and chastening lessons she took away from all her time in politics. (The other is the realisation that strict adherence to a bureaucratic process can hamper service delivery and accountability.)

It’s hard not to conclude that the issue of identity politics has become something of a personal obsession to Zille because as a veteran public servant she must have countless valuable insights to share about both the theory and the mechanics of governance in South Africa and ideas for improving thereupon.

It’s also difficult not to assume that Zille’s preoccupation with identity politics is a direct consequence of the time and energy she has devoted to Twitter in recent years because it is primarily on Twitter that the kind of debates that so enrage her play out in South Africa.

As examples of the ascendancy of identity politics, she cited wrangling over gender-neutral toilets and a dispute which is germane surely only to Harry Potter fan circles.

“Whether Dumbledore is gay becomes a massive, massive issue,” Zille said, to polite chuckles from her audience.

But the percentage of South Africans who view the question of a fictional character’s sexuality as a “massive, massive issue” must be, to put it lightly, quite small.

Zille is a fan of American author and theorist Francis Fukuyama, whose work she approvingly cited several times in her address, and whose most recent book — Identity: Contemporary Identity Politics and the Struggle for Recognition — has clearly been a major influence on Zille’s own thinking.

Yet even US-based Fukuyama has been criticised for elevating the transient concerns of the American elite to the status of global concerns. For a South African (former) politician to do the same is yet more questionable.

It’s also helpful to understand some of the context in which Fukuyama produced his most recent work on identity politics. The scholar’s most famous book, 1992’s The End of History and the Last Man, posited that history had “ended” in the sense that liberal democracy, at least in the West, appeared to be safely entrenched as the dominant political model.

Since then, things have come a bit unstuck for Fukuyama’s thesis, given the rise of right-wing nationalism across the western world. His latest book is thus an attempt to understand what has contributed to the undermining of the liberal democratic consensus, and Fukuyama arrives at the ascendancy of identity politics — and the drive for respect and recognition by discrete identity groups — as a potential cause.

To try to understand South African history and politics through the same lens, though, is a fraught endeavour.

For one thing, identity politics has never not been a feature of South African life. Apartheid was one of the most elaborate identity politics projects ever conceptualised. A culture of “victimhood”, which Zille disdains, is precisely what shaped Afrikaner identity in the post-Boer War era and which is still evident in the posturing of figures like Steve Hofmeyr and the political use of farm murders and the “war on Afrikaans” to paint the picture of a community under siege.

In Zille’s schema, however, it seems to be only gay people, black people, trans people and women who are increasingly claiming “victimhood” and elevating their lived experience to a status which transcends facts.

In her address, Zille approvingly paraphrased satirical British commentator Jonathan Pie in observing that currently, “the greatest sin is for someone to come with facts that don’t take account of lived experience”.

Yet Zille herself elevates her own “lived experience” to a status which trumps facts.

She did so in the same address, when she commented: “I happen to be a woman who says that being a woman is irrelevant. It makes absolutely no difference to me… I don’t see myself as being disadvantaged by that in any way”.

But Zille’s experience of Utopian gender equality in her own life is not matched by empirical facts, from the documented gender pay gap, to lower levels of female political representation, to South Africa’s crisis of sexual violence.

It seems that Zille has settled on the concepts of victimhood culture and identity politics as a way of making sense of the apparent failure of the South African project of non-racialism promised by Nelson Mandela and the advent of democracy.

But it is profoundly weird that her reflection has led her to this conclusion rather than pointing the finger at myriad more likely and immediate contributing factors: ongoing socio-economic inequality, poor governance, and the very real persistence of racism and racial tensions.

Even Fukuyama, in his most recent book, concedes that what has driven “assertions of identity” in the Western world in many cases are “specific abuses”, among which he lists “unwarranted police violence against minorities or sexual assault and sexual harassment in workplaces, schools, and other institutions”.

In South Africa, that list would be much longer.

Fukuyama cautions, too, that “no critique of identity politics should imply that these are not real and urgent problems that need concrete solutions.”

After spending so long at the coalface of service delivery in South Africa, Zille is perfectly positioned to give important insights into our own “real and urgent problems that need concrete solutions”.

That she has chosen instead to use her still-powerful public platform to focus on a niche cultural debate which plays out almost entirely in the elite spheres of social media and Western university campuses is both strange and disappointing. DM