Where to from here in Algeria? 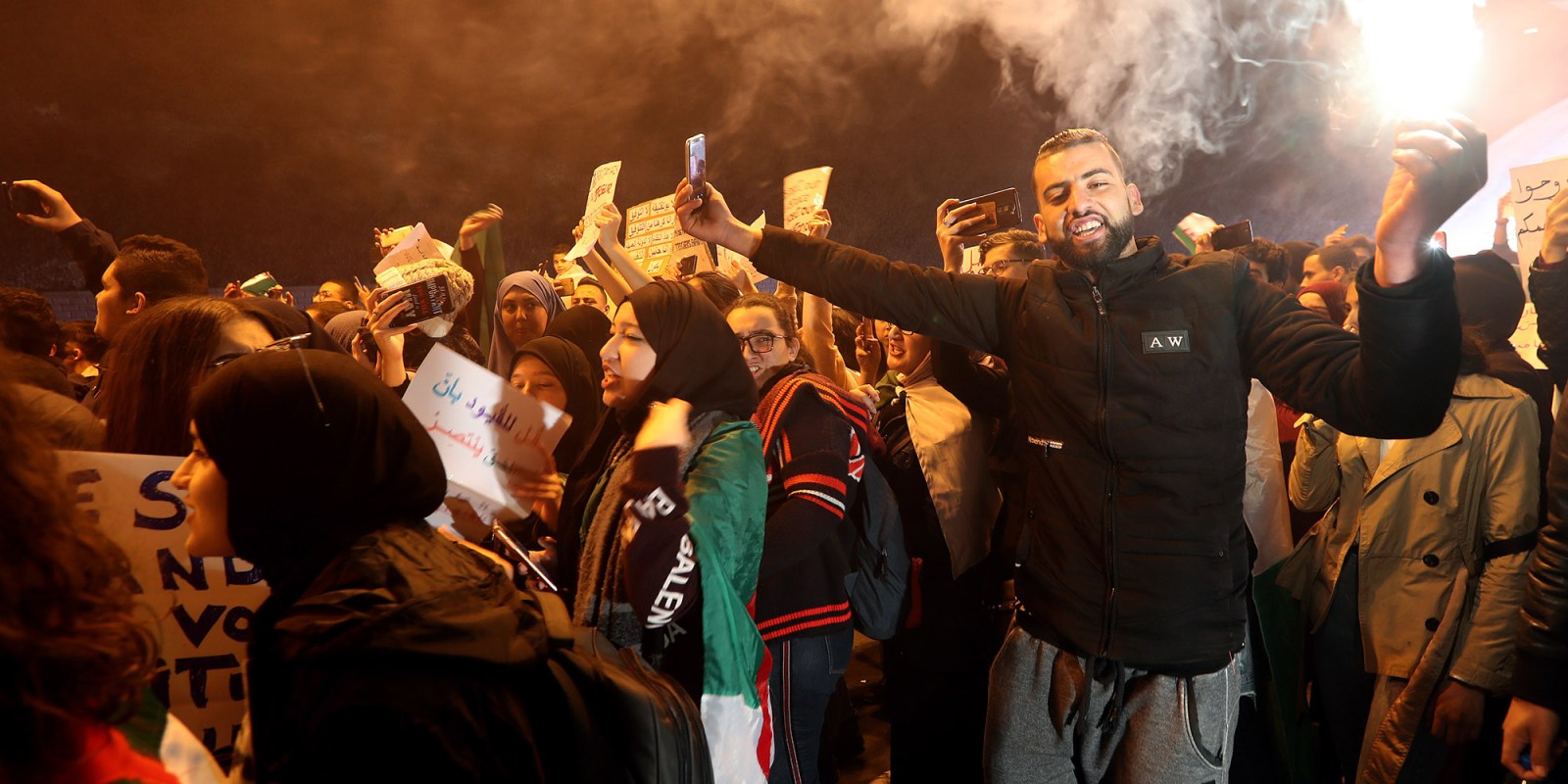 Political settlement is a long way off, but the peaceful and tenacious nature of the protests are hopeful signs.

It is Friday in Algeria. Once again – as they have for 23 weeks – protesters will fill the streets of cities across the country. Their ranks represent a cross-section of Algeria: young and old, men and women, office workers and labourers. All marching peacefully, many draped in Algerian flags, calling for democracy and civil rights.

The duration, momentum and peaceful nature of the protests underscore the strong support by many Algerians for an overhaul of the deeply unpopular political system. The protests have already accomplished more than many observers expected. Abdelaziz Bouteflika, the long-serving president whose bid for another term prompted the rallies, is out of power.

Despite this, the political uncertainty in Algeria is far from being resolved. Government efforts to placate the public through largely symbolic actions – such as the arrest of widely disliked former regime officials or businessmen – have only fuelled demand for more comprehensive change. The protesters refuse to accept any vestiges of the old regime in positions of power. This includes both interim President Abdelkader Bensalah and Prime Minister Noureddine Bedoui.

Protesters’ rejection of these figures along with government’s preferred transition process led to the cancellation of elections planned for 4 July. On 9 July the interim government’s mandate expired, creating a constitutional vacuum even as it remains in power.

Despite the creation of a national dialogue forum, there is no clarity on what happens next. This uncertainty is exacerbated by a worsening stand-off between the protest movement and the government. Police are taking a harder line, and are arresting growing numbers of protesters and dissidents. Army chief of staff General Ahmed Gaïd Salah, believed to be the key decision maker at present, has issued strong statements condemning those advocating against the government’s transition plans.

But impediments to a negotiated solution exist on both sides. Among the protesters there is little formal leadership or encompassing ideology apart from denying Bouteflika another term. Initially, this was one of the movement’s greatest strengths. The leaderless approach prevented the government from detaining organisers, while the lack of ideology enabled a broad-based coalition of protesters to cooperate.

Now, leaderless has become a weakness. It offers no clear point for the government to negotiate with or means to distil the demands of the street into concrete policy proposals. For constructive negotiations to begin, the protester’s leadership needs to consolidate. Their focus should then be on building consensus between the different class, gender and geographic constituencies about what the protest movement stands for politically. These demands can then be negotiated with government.

Factors and factions within government also challenge the dialogue process. The military has played a decisive, though largely behind-the-scenes, role in political decision making since independence. It is deeply vested in the old system partly for institutional reasons – the defence budget increased fivefold during the Bouteflika years. Current and retired senior officers are also personally vested in the system, with many leveraging their years of service into lucrative business opportunities.

The institutional and personal interests of the military in maintaining the status quo make negotiations harder. Senior officers whose agreement is needed for concessions are those whose interests are most affected by significant change.

The transition process will hinge on how the protesters and the government – mainly the military – are able to overcome their internal interests and constraints, and find consensus.

The outcome will also be influenced by external factors. In particular, the trajectory of the economy and the actions of terrorist groups could have a major impact. Algeria’s economy has worsened significantly over recent years. Further deterioration, fuelled by negative popular perception, poses risks to both sides.

The risks are greatest for the government’s position in negotiations. A worsening economy will exacerbate Algerians’ grievances and redouble support for the protesters. Protesters also run a risk though, particularly if government links the faltering economy to protesters’ intransigence.

Terrorist activity could also significantly affect the transition. Al-Qaeda in the Islamic Maghreb cells exist in Algeria, and though the group’s capacity has declined, it remains a dangerous threat. One or two deadly or high-profile attacks could derail the fragile transition process by swaying attitudes and decision making among protesters, the military or broader society.

While foreign states have an understandable interest in the outcome of Algeria’s transition, they should recognise that they have only a limited productive role to play in the process. There is little space for foreign mediation, with government unlikely to support such an intervention.

This doesn’t mean foreign actors have no part to play. Rather, they should focus on publicly stating their support and privately exerting diplomatic pressure for a transition process that is broad-based, peaceful and focused on building a social consensus on Algeria’s future.

The inclusive, peaceful and tenacious nature of the protests are hopeful signs for Algeria’s future. Resolving the current political uncertainty will require courage and patience by the protesters and the government. If the events of the past five months are any indication, there is a real chance of success. DM