SANEF: ‘Bullying and intimidation of journalists can have a chilling effect on newsrooms’ 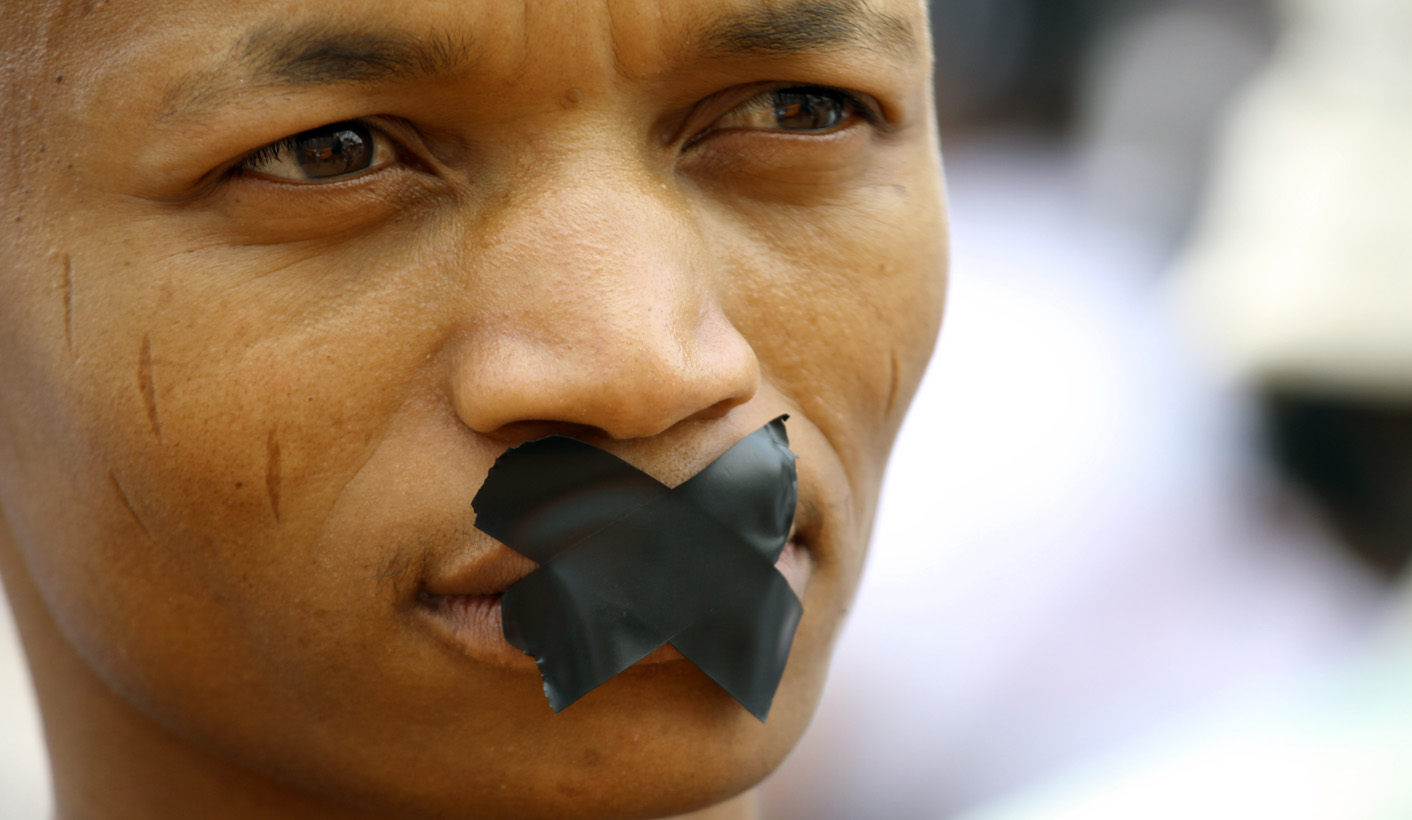 The South African National Editors’ Forum (SANEF) condemns several incidents amounting to intimidation and bullying of journalists in the country this week.

SANEF understands that the Hawks are attempting, via SAPS in KwaZulu-Natal, to force Daily Maverick journalist Marianne Thamm to reveal her sources. This attempt followed an article written by Thamm, here: Top cop implicated in corruption by Nxasana and Booysen appointed Acting head of KZN Hawks Organised Crime Unit.

SANEF understands that the Hawks are investigating the alleged theft of documents and disclosure of information that the police say was meant for the use of the SAPS only. Daily Maverick disputes the allegation.

A charge was laid at the Durban Central police station by Colonel WS “Welcome” Mhlongo, who was the subject of Thamm’s expose in Daily Maverick. As a result, an investigating officer contacted Thamm asking her to reveal her sources.

Thamm will respond in an affidavit that she will not reveal her sources.

The police made the request in spite of the presence of the Memorandum of Understanding reached between SANEF and the Ministers of Justice and Safety and Security on 19 February 1999 which suspended the application of Section 205 of the Criminal Procedure Act – the law under which demands can be made on journalists to reveal their sources or what they know about an alleged crime. Instead of resorting to Section 205, the memorandum lays down that an opportunity must be provided for the matter to be referred to the National Director of Public Prosecutions to enable consultations and negotiations between all stakeholders to be held.

SANEF is also concerned about a visit to Daily Maverick offices in Johannesburg this week by a police officer. A lieutenant asked for the whereabouts of a journalist, Aidan Lee Jones. The officer refused to reveal the reasons for the visit to Managing Editor Jillian Green, saying he would come back if he didn’t come right elsewhere.

It has emerged that police have indicated that they are investigating charges laid by Durban businessman Roy Moodley against GroundUp, reporter Aidan Jones and Citizen editor Trevor Stevens. Jones had written an article for GroundUp exposing alleged corruption involving Moodley in relation to the Passenger Rail Association of South Africa. The article was republished in The Citizen and Daily Maverick (hence, presumably, leading to the police visit to the online publication’s Joburg offices). See the article here:

SANEF understands that the SAPS want to take warning statements from Stevens and Jones concerning the source of the published story. They are not investigating the allegations regarding the content of the story.

It is unacceptable that Moodley appears to be using the SAPS to fight his personal battle instead of approaching the press ombudsman to independently assess his grievances.

SANEF has noted that these incidents have taken place just as its office-initiated efforts are underway to schedule a meeting to discuss crucial aspects of engagement between the media and the country’s law enforcement agencies with the National Police Commissioner Khehla Sitole and possibly Police Minister Bheki Cele.

SANEF has also noted with grave concern the South African Broadcasting Corporation (SABC) statement on the latest “death threats” directed at its journalists who are covering various issues across the country, including instances of alleged corruption as well as “political and corporate bullying” directed at its news service staff, with some of these happening on social media platforms.

Phathiswa Magopeni, Group Executive News and Current Affairs, stated that “these acts go against its constitutionally guaranteed freedom to perform its duties without hindrance …These are deliberately intended to weaken our ability to report courageously, fairly and comprehensively on all matters of public interest”.

SABC is a national asset. News and current affairs need to be free of political and/or any other influence. Therefore, SANEF calls upon the SABC Board to monitor this matter. It should ensure that adequate security for journalists is provided if necessary and that reporters are not subject to any form of intimidation.

As SANEF, we will continue to champion the rights of journalists at the SABC and call on political and other elected leaders to use the acceptable editorial mechanisms available to raise their concerns.

Editorial independence is sacrosanct to the success of the SABC as a public broadcaster. SANEF views seriously any attempts inside and outside the SABC, to muzzle journalists and news leaders in the SABC. We have seen that when leaders in politics impinge on the rights of journalists it does lead to their supporters to follow suit and this could have disastrous consequences and impact negatively on the work of Journalists who are there to serve the public good.

These incidents come against the backdrop of the naming and shaming of certain journalists on Twitter, which is also of grave concern and which can have a chilling effect in newsrooms. DM