Jesse Clegg pays tribute to his superstar father, for being a simple family man 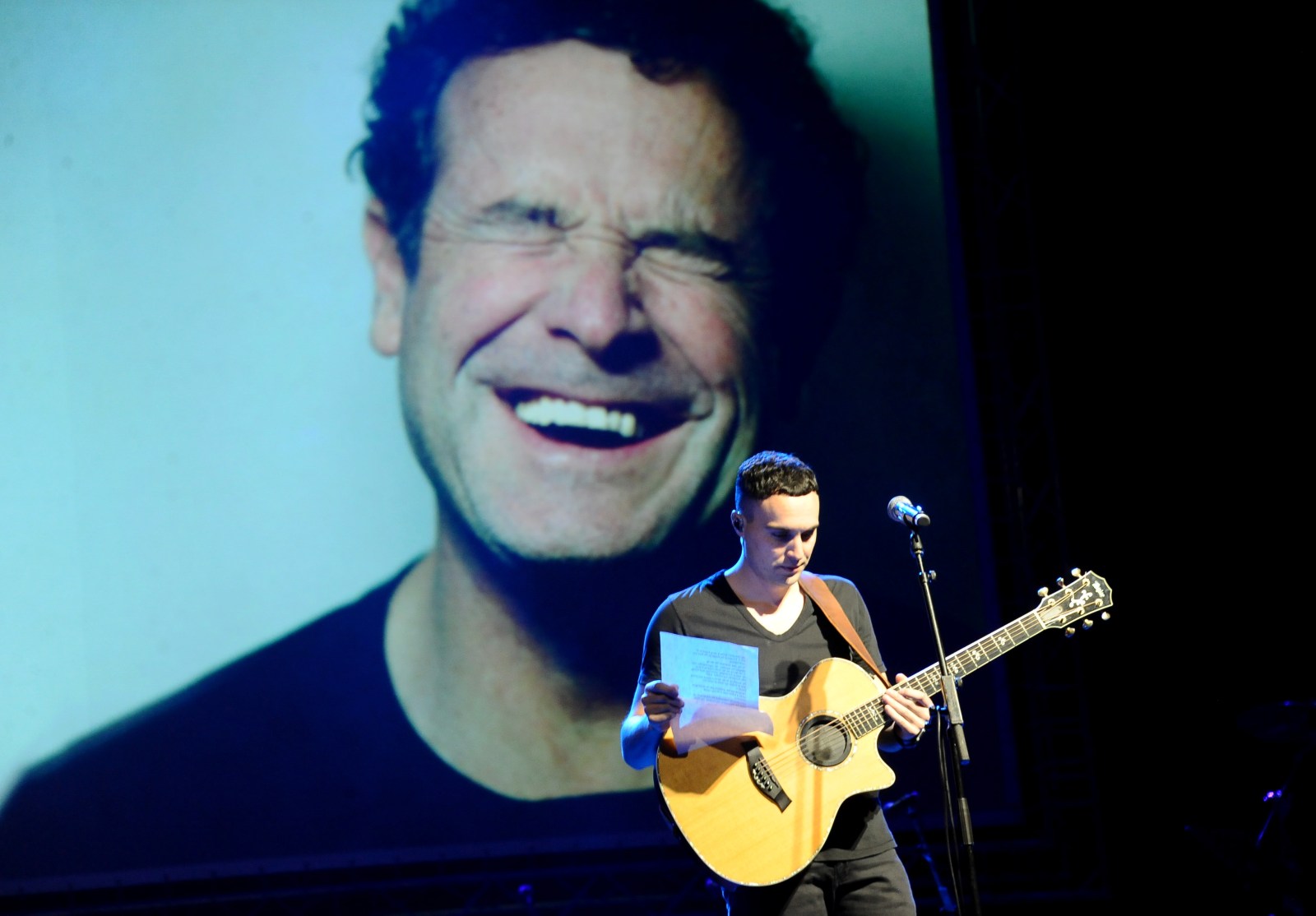 SANDTON, SOUTH AFRICA - JULY 26: Jesse Clegg during the memorial service of the late South African music legend Jonny Clegg at the Sandton Convention Centre on July 26, 2019 in Sandton, South Africa. Clegg, a renowned musician and anthropologist, passed away on July 16 after a long battle with cancer. (Photo by Gallo Images/Oupa Bopape)

A memorial service held on Friday to honour the life and achievements of Johnny Clegg was billed as an opportunity for his fans to bid their farewell to the cultural icon. However, an emotional performance by Clegg's son Jesse Clegg, shone the spotlight on a family attempting to come to grips with the loss of an integral cog in their unit.

Many speakers at Johnny’s Clegg’s memorial service – including programme director John Kani, Minister of Sports, Arts and Culture Nathi Mthethwa, journalist Max du Preez and researcher and historian Charles van Onselen – stepped up to the podium at the Sandton Convention Centre to wax lyrical about the life and times of Johnny Clegg.

These speakers all shared what Clegg meant to them, with Mthethwa describing him as a combatant for peace and du Preez saying “he was one of the few white men in South Africa who could dance”.

However, it was when Jesse Clegg, the first-born son of Johnny Clegg stepped up to the podium to sing ‘I’ve Been Looking’ – a song that he and his father co-wrote – that it might have dawned on many that Johnny Clegg, for all his global superstardom, at his essence, was a simple family man. He was a father, a husband. And according to Clegg Junior, there was nothing that his father valued more than family.

“Despite his success his role in his family was his most important. He was a vulnerable, generous and loving role model for my brother and I,” said Jesse Clegg.

And, as he crooned his rendition of the aforementioned song – tears streaming down his eyes and an audible lump in his throat – you could sense how proud he was to be the son of Johnny Clegg. Coincidentally, as he serenaded the mesmerised audience, a picture of his father with a smile that would melt concrete, towered over him in background – creating an image of a father looking proudly over his son.

That in the dimly lit and packed auditorium of the Sandton Convention Centre Jesse Clegg stood out like a star in night-time, sounding like a 31-year-old apparition of his father, served to drive home the imagery.

That Johnny Clegg had made peace with his fate after being diagnosed with pancreatic cancer, matter-of-factly stating in an interview with Channel24 in 2017 that: “pancreatic cancer is lethal, there’s no way out of it”, would’ve done little to console his family when the sickness finally claimed him; it would’ve done little to fill the void of the moments and mannerisms that would now be missing from their household. A void, unlike for his fans, that won’t be filled by memories attached to his music.

And, in his performance, Jesse Clegg, captured that.

Another person in the auditorium who was practically family was his bandmate from Juluka, Sipho Mchunu. When he took to the stage to speak of his dear friend of 50 years, his first words were: “It’s difficult, but I will try and be strong”.

He shared a story of how, one day during apartheid, they were walking in Johannesburg. They encountered a group of men who were busy with the construction of a road that would lead to Pretoria. They joked about how they should approach the men to ask that they dig them a special tunnel they could use to travel and spend time together without having to worry about being in trouble for being together. A scene reminiscent of their song ‘Two Humans on The Run’.

Mchunu said Clegg “meant everything” to him, and he considered him a brother, especially because he met him after both his parents and his brothers had died.

“When I met him, after having lost almost my whole family … I was very grateful to God for placing him in my path,” said Mchunu.

He too will take time to get used to not having his brother around.

Clegg said of his father: “He taught us to be curious about the world and to shape our lives around our passion. He believed the greatest gift a father could give his son is a strong moral compass.”

Singer Tresor said told Daily Maverick he was honoured to have had the opportunity to share the stage with the fallen icon and was grateful to Clegg’s family for being willing to share him with the world. DM