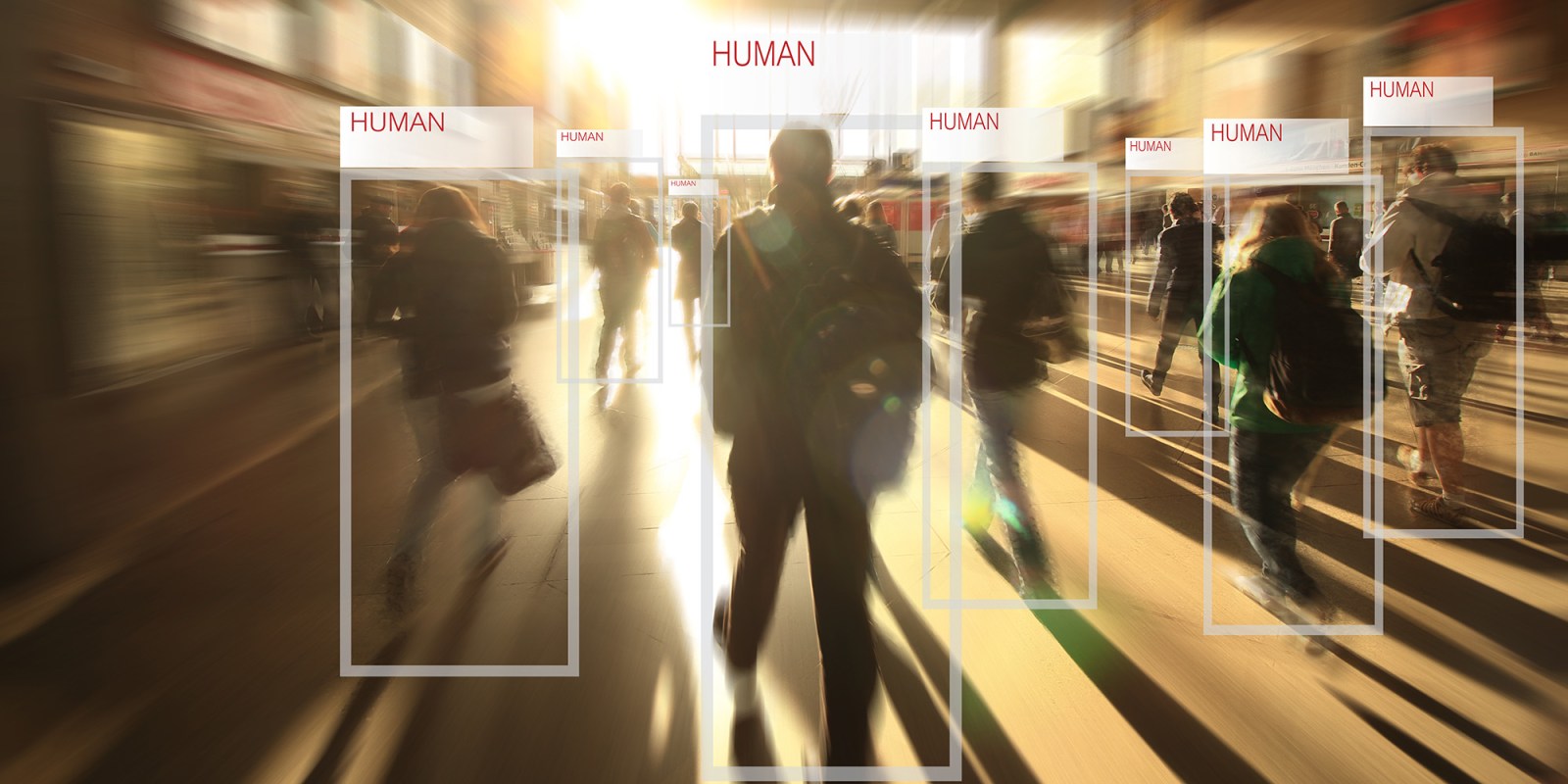 Unless we can learn the lessons from previous revolutions, we risk adopting an ‘add AI and stir’ approach towards our current problems.

The Fourth Industrial Revolution, or 4IR. The term and its catchy acronym are everywhere. This revolution is being touted as the answer to many of South Africa’s problems, from the ailing economy to controlling traffic and predicting extreme weather events.

Artificial Intelligence (AI) offers a key to South Africa’s future, 4IR advocates tell us. We must get with the programme or be left behind to languish in global irrelevance. This message has clearly worried President Cyril Ramaphosa enough to set up a 4IR Commission to help turn South Africa into what he calls an “entrepreneurial state”.

The ruling ANC has embraced 4IR-speak with enthusiasm. According to the party, during the first three revolutions, business owners mechanised and industrialised labour processes and ultimately used computers to automate production. 4IR involves using computerisation to digitise more areas of life, and integrating AI in production and consumption processes.

The ANC goes on to argue that 4IR “…contains within it possibilities of disrupting current economic and social structures profoundly over the next 20 to 50 years… [The combination] of these technologies is poised to introduce radical shifts in the social and economic systems that shape our reality and how we live”.

But for such a trending topic, there is surprisingly little debate about 4IR and whether it’s likely to deliver what it offers. This is all the more surprising because we’ve seen this movie before recently, and largely, it didn’t have a good ending.

The previous ICT-driven revolution or the Third Industrial Revolution (otherwise known as the ‘information society’) were terms used to describe a society where internet-enabled information became the main driver of social, economic and cultural progress.

The South African government championed that revolution, too. Remember the Presidential National Commission on the Information Society?

Government and 4IR advocates see the shifts brought about by digitisation, computerisation and the internet as being capable of bringing about fundamental social changes. Associated with the founder and executive chairman of the World Economic Forum (WEF), Klaus Schwab, 4IR became the guiding theme of the 2016 WEF.

According to Schwab, 4IR is distinctly different from the Third Industrial Revolution in terms of scope, velocity and impact of digital technologies. For him, the speed of technological change is without precedent in modern history.

While Schwab recognises the dangers of a constantly networked existence, his stance is that of a technological optimist and a determinist: that is, he believes that technology is a key driver of social progress and that unless individuals, governments and companies adapt to these technologies, they will fall behind and become irrelevant.

The proposition that computerisation is giving rise to new social orders, and that these changes are so fundamental that they can be described as fundamental ruptures with old societies (or revolutions), is not new.

For the past two decades, technology optimists have argued that if countries are to remain globally relevant, they must shift from industrial social orders — reliant on manufacturing and agriculture — to societies and economies where information and knowledge drives productive activity.

Schwab would prefer to keep the Third and Fourth Revolutions separate for expedient reasons; it makes it easier for him to argue that the latter is unprecedented, and consequently for it to receive urgent attention from policymakers. In reality, though, these two revolutions blend into one another, with the features that characterise the Third Industrial Revolution still not having reached maturity.

It is difficult to argue credibly that 4IR is any more disruptive than the massive upheavals of the First Industrial Revolution, when people were forced off the land into the industrialising money economy. But it is important for Schwab’s political project to maintain 4IR’s unprecedented novelty.

The technological changes brought about by these revolutions do not qualify as revolutions at all, as they have not changed fundamentally how society is organised for the benefit of society as a whole. Consequently, technology take-up tends to benefit dominant social groups and increase inequality.

Technology-driven hype forces countries with limited to no capacity to manufacture communications technologies (typically in the global South) into technological dependence on Northern technology firms. So, it is hardly surprising that the WEF has been championing 4IR as it opens up export markets for powerful countries and their electronics industries.

Such was the case with the Third Industrial Revolution. Touted as a panacea for development challenges, institutions such as the World Bank and multilateral initiatives like the African Information Society Initiative and the World Summit on the Information Society, advocated for the diffusion of ICTs for Development (ICT4D).

African countries reliant on agriculture and mining were persuaded to use ICTs to “leapfrog” over the industrial phase of development, straight into the information society and knowledge economy.

Yet, these techno-fixes failed to reverse the continent’s marginalisation in global affairs. On the contrary, many ICT4D projects failed, mainly because they were driven by technology suppliers, not citizen needs. Development priorities became even more distorted than they were, leading to perverse growth of capital-intensive ICT sectors.

Expensive multipurpose ICT centres in rural areas fell into disuse as residents were unable to adapt them to everyday use. At times, development agencies overlooked the need for more basic services such as electricity and transportation, which reduced usage even further. ICT projects were delivered without consideration for whether there were the capabilities or even the interest to use them.

South Africa embraced the flawed assumptions of ICT4D with enthusiasm. Telecentres were rolled out in various rural areas, and while there were some successes, many failed. Telecentres were expensive to run as they offered multiple services, yet many people could not afford or did not know how to use the computers and internet. This equipment was provided on a top-down basis, irrespective of local needs, because the assumption was that where ICTs were provided, development would flow.

If technologically determinist ideas are so flawed, then why does the ANC and government persist with them? Well, they are attractive ideas for those who do not want to confront the complex, systemic nature of South Africa’s development problems, but still want to appear revolutionary.

These ideas allow government and the ruling party to talk the revolution talk without walking the revolution walk. They assign to technology the ability to solve social problems, which gets the ANC and government off the hook from having to have a proper discussion about what it’ll really take to pull South Africa out of the morass.

Already, there is a “new scramble for Africa” in relation to Artificial Intelligence (AI). Development and venture capitalist money is beginning to flow into AI development start-ups, but with existing technology and information monopolies firmly ahead of the pack. Understandably, African engineers are looking to AI with hope to help the continent claim its rightful place in the global economy.

However, the creation of labour-absorbing jobs on a mass scale will still require political resolve to drive industrial policy. As we learnt from the Third Industrial Revolution, relying on digital technologies for job creation is a dangerous strategy, as the labour absorption capacity of the services sector is much lower than the industrial sector.

4IR may well continue the trend of using techno-fixes to solve South Africa’s problems. But the promises of 4IR are likely to be stillborn if it becomes a distraction from addressing our inappropriately conservative monetary policy, externalised and financialised economy prone to corporate capital flight, and decimated industrial base.

As things stand, there is little reason to believe that private sector-driven 4IR, underwritten by government, will lead to more jobs being created than are being lost. Then there are the social consequences. Willy-nilly adoption of corporate AI is likely to create a society where life-changing decisions about people become incomprehensible with little democratic oversight, which can reinforce power imbalances. Surveillance is likely to become the norm.

But technophobic responses are not the answer, either. The true benefits of AI are likely to be felt only once it is recognised as a public or community utility and data is recognised as a commons rather than as a form of capital. There are some fascinating experiments in this regard in cities such as Amsterdam and Barcelona.

Inspired by the Catalonian struggle for self-determination, the Barcelona city council has been turning data exploitation and platform capitalism on their heads, and encouraging citizens to take control of their data. This has led to the city experimenting with non-market-based, co-operative data projects using AI to track noise pollution and improve air quality, for instance.

The ICT4D craze led to an “add ICTs and stir” approach to economic problems in Africa, including South Africa. Unless we learn the lessons from this particular revolution, we risk adopting an “add AI and stir” approach to our current problems. And that is what the 4IR can learn from the Third Industrial Revolution. DM

Jane Duncan is a professor and Head of Department of Journalism, Film and Television at the University of Johannesburg. She is author of Stopping the Spies: Constructing and Resisting the Surveillance State in South Africa (Wits University Press, 2018).