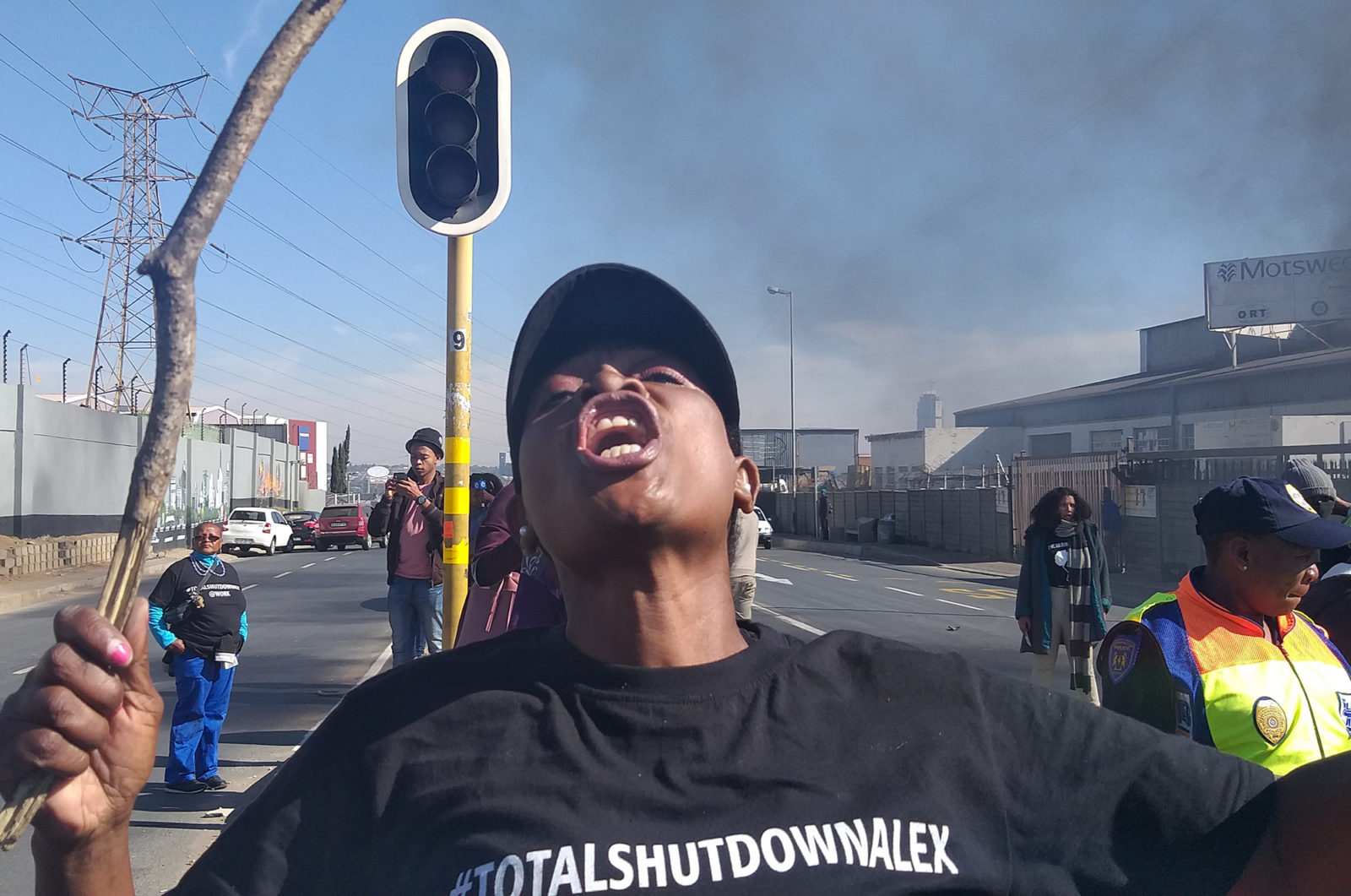 The most recent spate of protests in Alexandra caught the Gauteng Department of Education off guard and ‘affected the schools big time’, says MEC Panyaza Lesufi.

Lesufi was speaking at the inquiry into Alexandra by the South African Human Rights Commission (SAHRC) and the Public Protector’s office on Wednesday 24 July. This week is the fourth and last sitting of the inquiry.

The inquiry follows a spate of protests in Alexandra in April. Its purpose is to consider some of the issues raised by the protesters, which included overcrowding, housing, water and sanitation. It is also looking into allegations of corruption in the Alexandra Renewal Project (ARP) — a project initially worth R1.3-billion, launched in 2001 to develop Alexandra.

The department was brought into the inquiry to determine the state of schools in the township and how the protests may have affected the operation of schools. Lesufi told the panel that there were about 27,000 learners in Alexandra and 19 schools in total; 18 of them public schools funded by the department.

He said Alexandra was generally a peaceful area with few interruptions to schooling. But the most recent spate of protests caught the department off guard and “affected the schools big time”.

He said schools were the first to be closed during the protest because “it meant they (the protesters) had created chaos and the numbers of the protest looked big”. Teachers from outside Alexandra were also not able to enter the township because roads were barricaded with stones and burning tyres, said Lesufi.

The department had a responsibility to make up for the lost days, especially for grade 11 and 12 learners.

Lesufi said the department, with the help of private groups, organised tutoring and extra classes over the weekend to cover the learning material.

“But in education, when you miss it, you miss it… you become disorganised and we have to get the learners back in rhythm. With a lot of disruptions in between, you can imagine what it does to the whole education system,” Lesufi told the panel.

He said criminalising disruptions of schooling would be helpful to the department and to learners.

He urged communities to “fight their battles” but leave learners out of it. Allowing learners to continue with schooling was an investment in the country’s future, said Lesufi.

One of the senior legal officers on the panel, Princess Ka-Siboto, said departments that had testified at the inquiry said there was a problem with high numbers of undocumented foreign nationals living in Alexandra, which meant there were undocumented learners in schools as well.

Ka-Siboto asked Lesufi: “Has there been any interaction between the department and DHA (Department of Home Affairs) around what the statistics are and… how those learners will be catered for?”

Lesufi replied: “(The department) is a victim of this more than anyone else. When national government allocates funds to us, they allocate on the basis of South Africans… so it’s affecting our pockets.”

He said the department was “caught in two worlds” because if it requested immigration documents from learners it would be summoned by the SAHRC and told it did not have the right to exclude foreign national learners from schools.

“But then we have Home Affairs that says we must demand documents… and we are breaking the law because the people are not legitimately in the country,” he said.

Lesufi said, “To be safe I just said ngenani nonke (all of you come in)… No one must be chased away. We will share whatever (resources) we have,” he told the panel.

But he said this put a strain on the department’s resources. “And now some of them (foreign nationals) are demanding to be taught in their home language as well… you can imagine how many languages we need to introduce and how many teachers we need to hire,” he said.

The inquiry continues on Thursday. DM