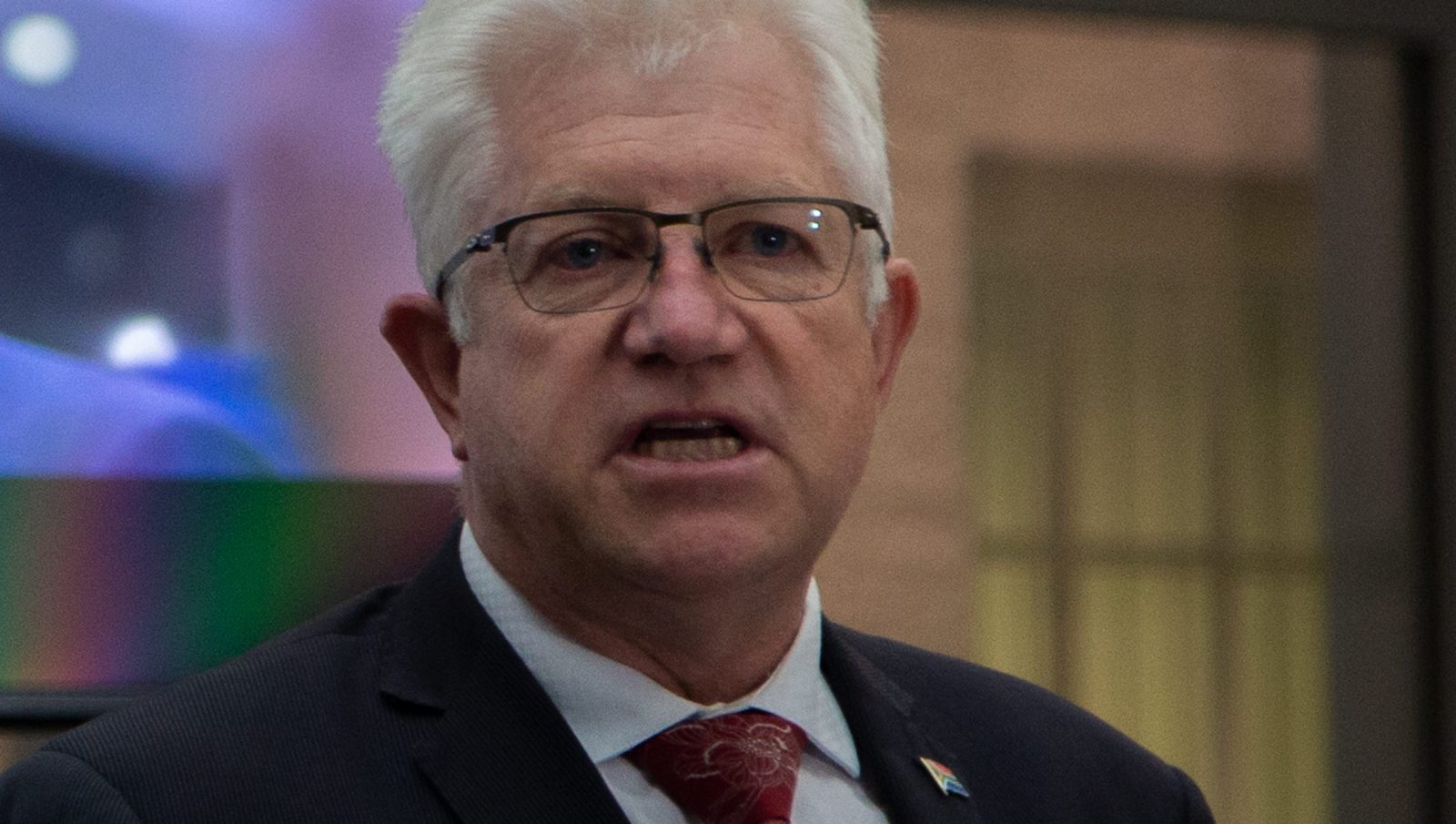 The Honourable Pat Lekker would do well to re-read my full SOPA speech.

First, let me dispel this myth of wanting to “overthrow the national government’s influence” and create a separatist state. That is nonsense. My very first speech when I was appointed premier was focused on working together – with the opposition in the province, and with the local and national spheres of government. I reiterated this in my SOPA because we are committed to this. But we cannot hold hands and pretend nothing is wrong when one of those partners is failing to deliver on essential services.

The reason we want to take over these two functions is simple: service delivery. Under national management, there simply is none, and with people’s lives and livelihoods hanging in the balance, these need to be urgently addressed. Perhaps the Honourable Lekker should ask her ANC colleague David Makhura if he too has separatist tendencies as he announced that Gauteng would be looking to take control of the rail system in that province as well.

I’d also like to remind member Lekker that this province is currently one of the parties involved in the Rail Enforcement Unit, which has had some excellent successes, especially in the area of cable theft. The other two parties are the City of Cape Town, and Prasa. If we were hell-bent on an autonomous Western Cape, surely we wouldn’t be actively seeking out partnerships?

The Western Cape has the largest percentage of its population using train services. They need to be safe, and reliable. By ensuring that trains operate efficiently and on time, we can ensure that residents are able to connect to and access work and educational opportunities. We can ensure that they get to work on time, and we can drive economic growth through increased productivity. We will also be more attractive to investors, allowing us to grow the economy and deliver on the promise of a job in every household.

So, yes, we do want to take provincial control of the public transport system, but we do not want to do it so we can create jobs for pals (that is an ANC tactic) but to be able to deliver a working transport system, which will benefit the Western Cape.

This province has been able to create over half a million jobs since 2009 and already has the highest number of households earning salaries, and it is our goal to expand this through targeted economic interventions and growth strategies. However, a failing rail system is one of the major hurdles standing in our way.

The biggest hurdle, however, is safety.

Police in this province are grossly under-resourced and the national leadership has done little to address our concerns which we have raised time and time again. This province does not have the police numbers, crime intelligence or effective police management to make a dent in the horrendous levels of crime that are impacting people’s lives every single day.

Perhaps members of the national ruling party are so unfamiliar with providing basic services to people that when our government attempts to do it, it looks like a major conspiracy?

We have, of course, offered to work with the national police. We have offered the services of our officials to do administrative work in police stations. We have offered SAPS R5-million to help fund additional projects or resources. We have been met with silence and stonewalling.

If anything, national Police Minister Bheki Cele is the separatist here – intentionally and purposefully isolating this province and its policing needs.

We are certainly not “meddling” in the appointment of the police commissioner. The Constitution, should the Honourable Lekker wish to familiarise herself with it, actually compels the police to consult with the province on this matter.

Neighbourhood Watches play an important role in community crime-fighting. Let’s take a moment to meet some of these “rogue vigilantes”. Susan Jantjies was named Neighbourhood Watch member of the year in our awards this year. She is a mother who started patrolling the streets of Delft in 2007 and now leads a group of mostly women. The crime fighter of the year award in those same awards went to 71-year-old Thembisa Tyeku of Summer Greens and in Khayelitsha, 47 of the 50-member Mzamomhle Group are elderly women – literally, grannies – who are going out to patrol the streets because they do not want for other members of their communities to feel unsafe. We have accredited over 300 Neighbourhood Watches, we vet them and we provide resources. As indicated in my SOPA, we will continue to support Neighbourhood Watches and Community Policing Forums as part of a whole-of-society approach to policing.

We do not seek to “take over” public land. We have called on the national Minister Patricia de Lille to unlock land, which she herself has committed to doing. During my speech, I also said I looked forward to working with them (which doesn’t seem to fit with the separatist agenda, does it?) and I committed to matching the land committed with Western Cape Government land. I also, very explicitly, said the words “to roll out housing opportunities en masse”.

I also never said I would take over water and sanitation infrastructure, but if we’re honest, the Department of Water and Sanitation is in such a financial shambles that communities would probably be quite pleased if we did take it over.

What I did say is that a project like the Brandvlei Dam, which would benefit black farmers in this province, has dragged its feet through 17 government departments over a period of five years and it is now time for action. The Brandvlei Dam project will cost R20-million, it will create jobs and it will benefit farming communities in the area. Of course, just one week after we have said we will do it ourselves, the ANC seems to have taken notice and announced that it will be going ahead with building at the end of 2019.

My cabinet and I intend to undergo lifestyle audits, in an effort to be open and transparent with the people of this province, and yet the honourable Lekker seems to have found a way to find fault with this too. I’m not entirely certain how she knows that the service provider will be a “sweetheart” given that the tender process hasn’t even closed yet. That aside, in this government, officials deal with tenders, not the politicians. But let me allay her fears – we chose to use an independent company in a bid to be fair and transparent. We cannot be investigating ourselves.

We do not seek to undermine President Cyril Ramaphosa’s own process, but his process has not got underway, and when it does, it will be investigating officials, and not members of the executive. As with our first handbook review which was completed in 2011, this province will always be one step ahead.

I find it ironic that Pat Lekker states that “fighting in court has become the trademark of Winde” when her own party president announced that he too will be heading to court to challenge the findings of the Public Protector. I approached the courts as a final resort in the Agriculture audit process, as after months of discussions, we reached a deadlock with the Auditor-General’s office.

This is a department that has won awards for its clean audits. Let me list them now for the Honourable Lekker: the highest consistent scores in the Annual Public Sector Reporting Awards in 2009 for the 2007, 2008, and 2009 years. In 2011, it received the Highest Score in the Annual Public Sector Reporting Awards. In the same year, it was the overall winner for provincial and national departments in the awards. In 2012, it received both the highest score and the overall winner accolade again. In 2015, it received recognition for the highest score and the most consistent high scores for the 2013, 14 and 2015 years. It received clean audits in the 2010/11, 2012/13, 2013/14, 2014/15 and 2015/16 years.

This is a fight to uphold the reputation of excellence in the department.

The intergovernmental dispute may well end up in court; however, this is through no action of our own. The dispute mechanisms, outlined in nationally drafted and adopted legislation, allow for a process of mediation to find common ground. However, the Minister of Police, Bheki Cele has not responded to our requests to meet in this regard.

Finally, the chief whip of the ANC makes several accusations around police investigations, maladministration and jobs for pals. My record is clean. But can her party say the same for all of its members? DM