GORDHAN VS MKHWEBANE VS MALEMA

Whites and Indians are defending a ‘constitutional delinquent’, Malema tells his supporters as Gordhan challenges Protector 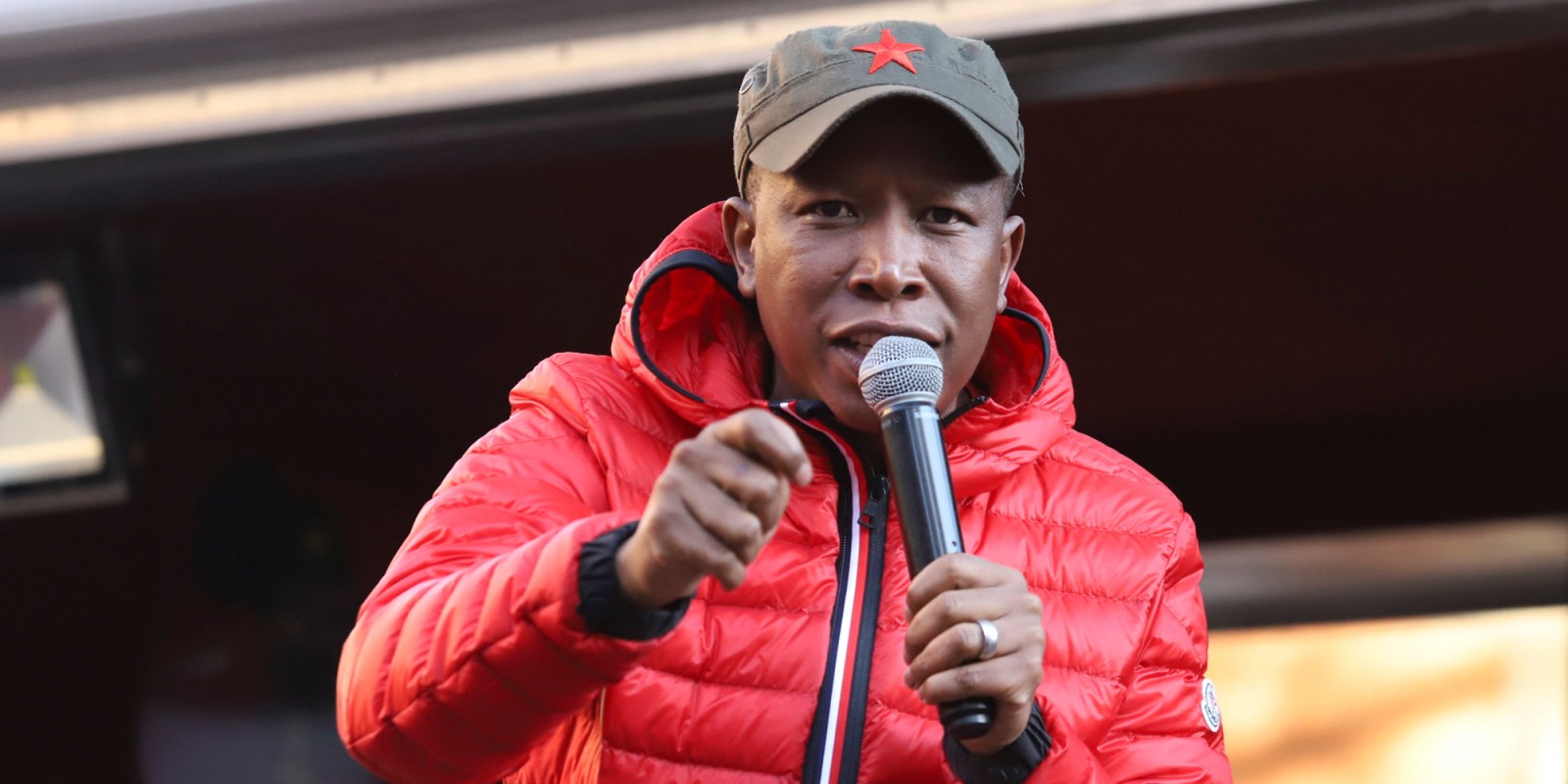 As Pravin Gordhan prepared to challenge the Public Protector’s report against him in the North Gauteng High Court, Economic Freedom Fighters supporters were bused in from across Gauteng to show support for Busisiwe Mkhwebane.

EFF leader Julius Malema demanded that Pravin Gordhan should not be held above the law and that President Cyril Ramaphosa must discipline him.

“Discipline means a simple thing, he must be fired. Pravin doesn’t deserve to be a minister… all these white people, all these Indians have come in defence of a constitutional delinquent,” he said.

Malema was addressing supporters outside the North Gauteng High Court in support of Public Protector Busisiwe Mkhwebane in Pretoria on Tuesday 23 July, where Gordhan applied for an interdict against the Protector’s findings against him while waiting for a judicial review.

Mkhwebane has been taking blow after blow this week after being dubbed a “liar” and her professional integrity and impartiality was slammed in the Constitutional Court judgment. Calls have increased to remove her from office after Monday’s apex court ruling against her.

Malema was adamant that Mkhwebane had to be protected.

“Without implementation, that office will not be able to serve ordinary people who cannot afford lawyers. If you cannot interdict, you are effectively closing office,” he said.

He also called out President Cyril Ramaphosa for turning a blind eye and challenged him to “stop being a coward and act against Pravin”.

“Pravin behaves like an untouchable politician; as the EFF, we go after the untouchables. He is not the president of South Africa, he did not contest elections, was never elected, he can’t claim to be an authority that fights corruption in South Africa,” Malema said.

Efforts to try to remove Mkhwebane from office and painting her a constitutional delinquent, said Malema, were a blatant display of racism which the EFF was prepared to fight. He also demanded the list of people who funded the CR17 campaign, and asked what they stood to benefit from for the funding.

EFF deputy president Floyd Shivambu, as well as national spokesperson Mbuyiseni Ndlozi, were among party leaders joining Malema. Scores of EFF members from around Gauteng came out in support of the Public Protector.

“I came here to support one of the greatest giants (Malema) in South Africa. He knows he is important to the nation that is why he is here to help.”

The crowd was also met by the #HandsOffThePublicProtector campaign, which was set up to defend, protect and support the Office of The Public Protector.

Malema also said in his address to the crowd:

“I never thought I would live to see the day where that office (the Public Protector) is destroyed… I thought this was going to happen under Zuma, the people who say they are open for transparency, protecting the Constitution, and fighting corruption, yet are destroying that office.”

Malema said the EFF intends removing Ramaphosa as South Africa’s president and ensuring the ANC is no longer the governing party.

“We are not going to give Ramaphosa roses… we are going to give him hell. He must know that and his supporters must know that. We are not controlled by whites or Ruperts, but we are controlled by you, the members of the EFF who gave us the mandate to go to Parliament and show them who we are. If you voted for us to be sweethearts with Ramaphosa, we won’t entertain that,” he said.