The old adage, “it’s not about timing the market, but about time in the market,” has been proven true over the years. Research shows that those who stay invested over the long run in a well-diversified portfolio will generally do better than those who try to profit from turning points in the market. By Alexandra Nortier, Joint Head of Wealth Management, Investec Wealth & Investment

As investment advisers, we don’t have a crystal ball at our disposal. What we do have is an understanding of how market returns work and what previous cycles can teach us.

My clients keep me up at night. Every day I listen to their personal stories, of how they made their hard-earned money and of what it means to them; their goals and aspirations. Their wishes for their families. I feel the weight of this mantle. It is an easier meeting when the markets have been kind and harder when they’ve been muted or down.

The volatility of global markets the last 12 months has understandably made my clients feel jittery. After an almost 16% fall in December, the S&P 500 recovered by the same amount in January and continued to move higher before another fall in May of this year of nearly 7% followed by a recovery in June around 8%.

We have been blessed recently by a 123-month bull run on the S&P 500. Past performance is not an indication of future performance, but we humans are products of our experiences. In the early 2000s, Daniel Kahneman, a psychology professor at Princeton, published research that demonstrated “repeated patterns of irrationality, inconsistency and incompetence in the ways that human beings arrive at decisions and choices when faced with uncertainty”. His research has contributed heavily to the field we now call behavioural finance. 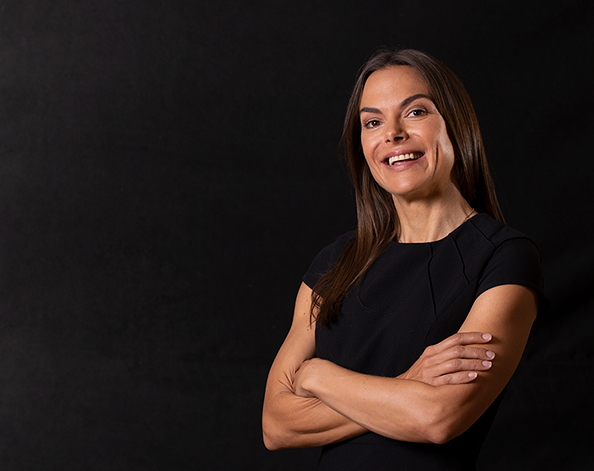 “There is a reason people are feeling nervous based on their past experiences. There have been five major crashes in the past 30 years.” – Alexandra Nortier

There is a reason people are feeling nervous based on their past experiences. There have been five major crashes in the past 30 years.

1987 Black Monday
On Black Monday in 1987, the Dow Jones fell by 22% in one day – mainly caused by automated trading, overvaluation and sentiment.

1998 Russian economic crisis
The 1998 crash saw the Russian government devalue the ruble, default on domestic debt, and declare a moratorium on payment to foreign creditors.

2001 Tech stock crash
2001, which is probably the fall most readers can now recall, saw the crash of the tech stocks – Amazon was down 96% from its highs two years earlier in 1999.

2008 Global Financial Crisis
Finally, the last and most devastating crash since 1929, was the global financial crisis. On 16 September 2008, failures of large financial institutions in the US, due primarily to exposures to securities of packaged subprime loans and credit default swaps issued to insure these loans and their issuers, rapidly devolved into a global crisis resulting in a number of bank failures in Europe and sharp reductions in the value of equities and commodities worldwide.

For the first 10 years of my career, I experienced the markets’ ups and downs working on Wall Street, the belly of global financial markets. Now, eight years later, I reflect back on those bubbles, crashes and subsequent recessions and ask myself, “does it feel the same?” Were there any mysterious warning signs in the euphoria that led up to the last peaks that we could possibly have seen and predicted?

The S&P is close to an all-time high. Being the largest global market, this creates the general perception that valuations in all markets are

It is never an easy ride on the way up in a bull market. Investors seem perpetually distressed, worried about the valuation levels, forever peering around the next corner – ever watching for the canaries in the coal mine that might signal the onset of the next market downturn.

In fact, there is a definition that’s been coined, called The “Wall of Worry”, which is described by Investopedia as follows: “The financial markets’ tendency to surmount a host of negative factors and keep ascending. Wall of Worry is generally used in connection with the stock markets, referring to their resilience when running into a temporary stumbling block, rather than a permanent impediment to a market advance.”

This sounds familiar. The S&P500 has risen 271% since 31 March 2009 (at the bottom of the global crisis) and the MSCI World Index has risen 172%. But this rise has not been without a fair amount of fear and uncertainty along the way – the European crisis of 2011, the Taper Tantrums of 2013, Brexit and the election of Donald Trump as US president in 2016, and the trade war worries that set in in 2018. I cannot remember any moment over the past eight years when we have not been concerned about the markets.

Today, our current fears are not without foundation. The S&P is close to an all-time high. Being the largest global market, this creates the general perception that valuations in all markets are high. In reality, Europe and Japan look relatively attractive from a valuation perspective. Global markets, are, overall, trading at their long-term averages.

In addition, although valuations in the US are looking peaky, low interest rates, continued

innovation in tech, artificial intelligence, robotics, nanotechnology, and biotech could continue to be supportive for further earnings growth.

What to do with cash?

Many of our clients have come into cash this year and need to invest their . funds. They worry about their entry point into the markets. The most common question asked is – “Don’t you think we should just stay in cash until the next market crash?”

While economists and the major finance houses spend an inordinate amount of time studying the markets and economic indicators, it is extremely difficult to predict the start of the next downturn or what markets are going to do over the short term. Despite the widely held misconception that we financial people all carry a crystal ball, this, unfortunately, is a fallacy.

Where our ability lies, is the understanding of long-term capital market returns versus hiding one’s cash under the mattress or in a bank account.

Buying at the peak

We decided recently to test this hypothesis by reviewing the recessions of 1987, 1998, 2001 and 2008. Figures were arrived at with the assumption that one’s cash was invested at the worst possible time – which was the peak of the markets. Contrary to what many believe, the results were satisfyingly reassuring.

What would have happened if you invested your money at the peak of each of the last five major market crashes? The answer is surprisingly reassuring…

Looking at three indices, the JSE, the S&amp;P 500 and the MSCI World Index, an investment into a balanced portfolio consisting of 60% equities and 40% bonds at the peak of each market cycle, outperformed cash substantially over the next 10 year period in all cases, except the period on the JSE from 1987 to 1997.

This was attributed to the instability caused as South Africa went through a major political and economic transformation. Exchange controls were relaxed and the large conglomerates restructured to become leaner and more focused. The benefits of these changes were only seen later.

The cases above show the worst-case scenario in that all of your funds would be invested at the worst possible time. We generally recommend a smoothed entry into markets by investing 50% initially and then the balance over the next six to nine months. This is likely to yield even more positive results.

Hindsight is a wonderful thing. If I were a soothsayer, I would have waited for each of the bottoms of the market crashes, invested all my money and ridden all the way laughing to the top of the next peak, popping bottles of Moët along the way – where of course we would have sold. I would now be typing this email while relaxing on a yacht in the Bahamas. But as a colleague joked the other day while advising his client, “Only monkeys pick their bottoms”.