From drought to floods for Cape Town

From drought to floods for Cape Town 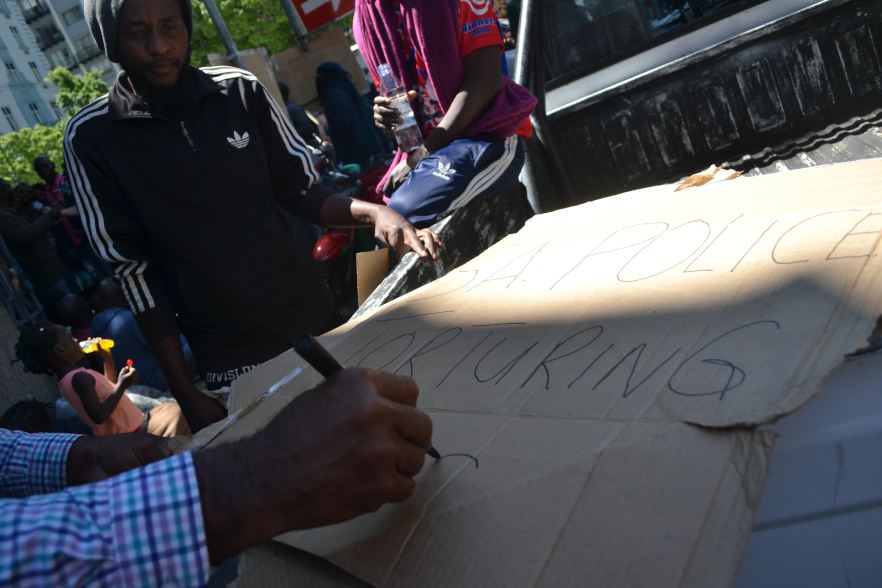 Lerato and Thandiwe Ngcukana sit on their sofas in their flooded shack. Photos: Velani Ludidi

Two years ago it seemed rain would never return to Cape Town. Now it doesn’t seem like it will stop.

For residents of Qandu-qandu the end of the drought is certainly not all good news. They thought they were safe from flooding but then the canal behind their shacks overflowed, flooding their homes.

71-year-old Thandiwe Ngcakuna left her two-roomed shack to find shelter at her neighbour at 2am in the morning. “On Monday it was just water in front of the house, not inside. But things changed last night,” she said. 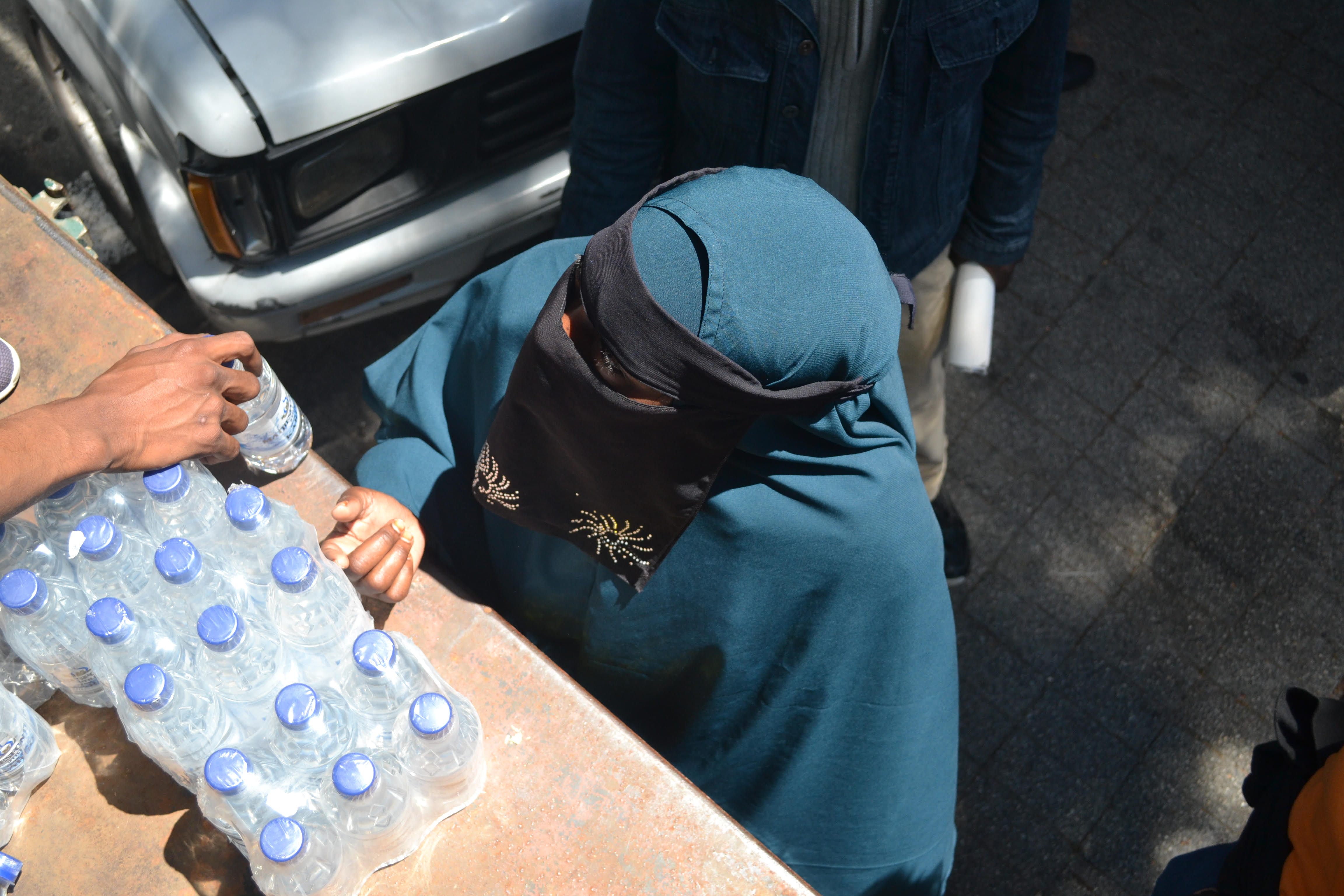 Qandu-qandu is located on a wetland. It was occupied in April last year. The area has no running water and toilets. Electricity is connected illegally.

Councillor Thando Pimpi said: “The City knows about this place, but they do not recognise it as an informal settlement due to the way it was occupied. I have tried countless times to have sand delivered here to try to help with the flooding.”

Nontsikelelo Mkulu’s shack was flooded. The electricity was on and her children were trying to warm themselves using the stove. “It is risky because the stove could fall into the water, but it is cold and my two-year-old needs to keep warm. We will stay here until the water dries up,” she said. 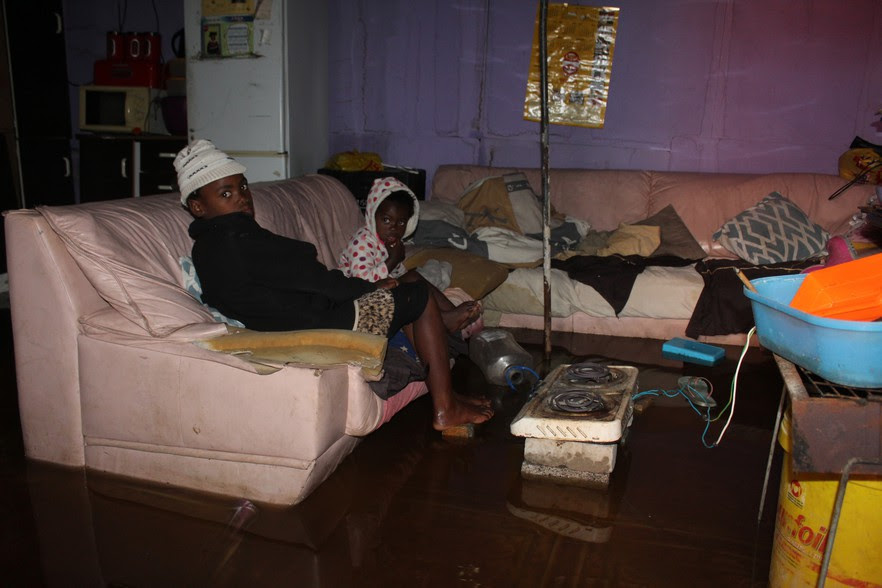 14-year-old Azola and his two-year-old brother try to keep warm. Azola could not go to school because of the flooding.

The City of Cape Town released a statement with the following information:

One of the main concerns the City raised was blockages in the storm water system. These are the “result of illegal dumping, but also people storing items in the drains.” DM 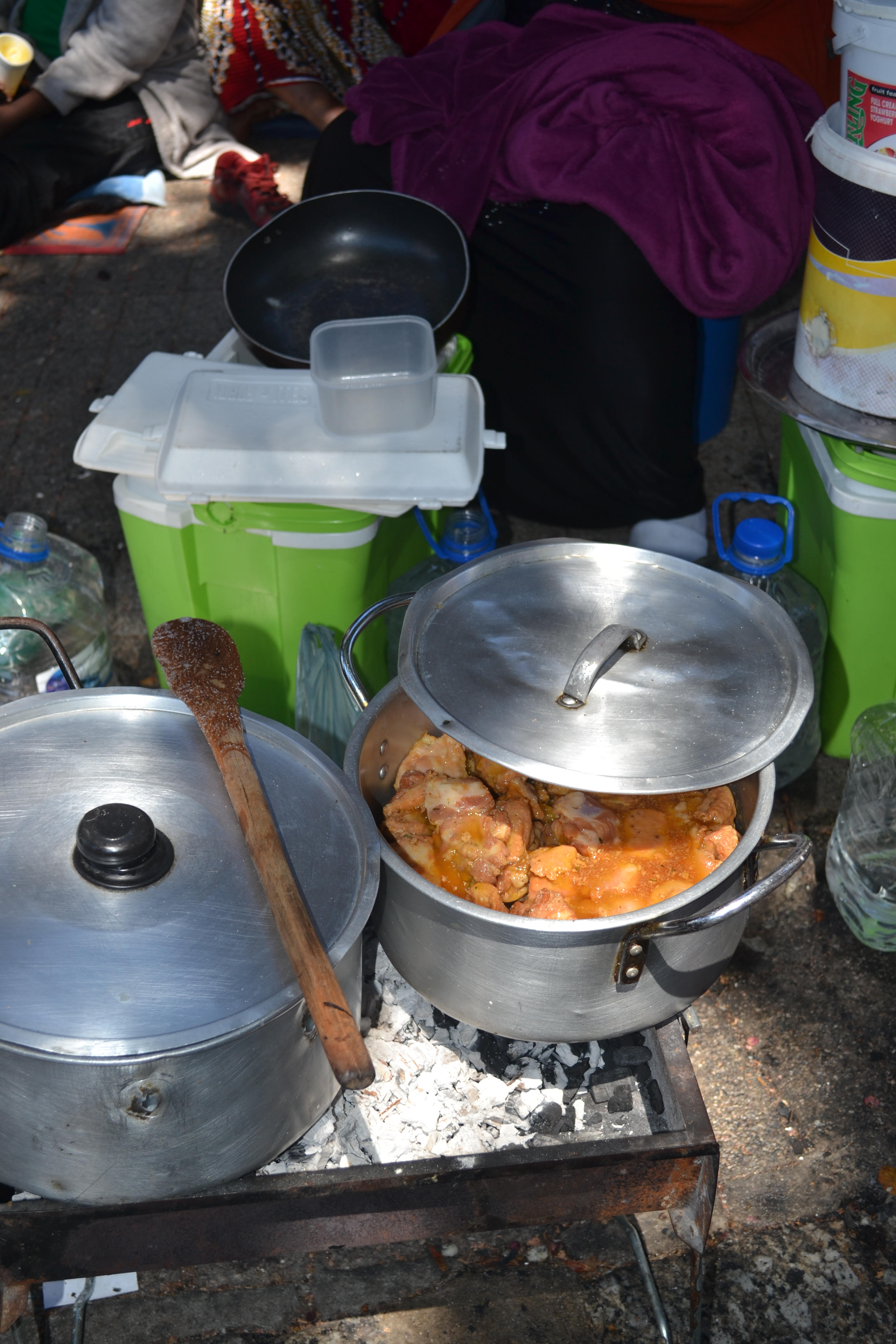 Residents of Qandu-qandu struggle to move about without boots.

Meanwhile, Cape Town’s dam levels were almost at 70%, considerably higher than they were this time last year. 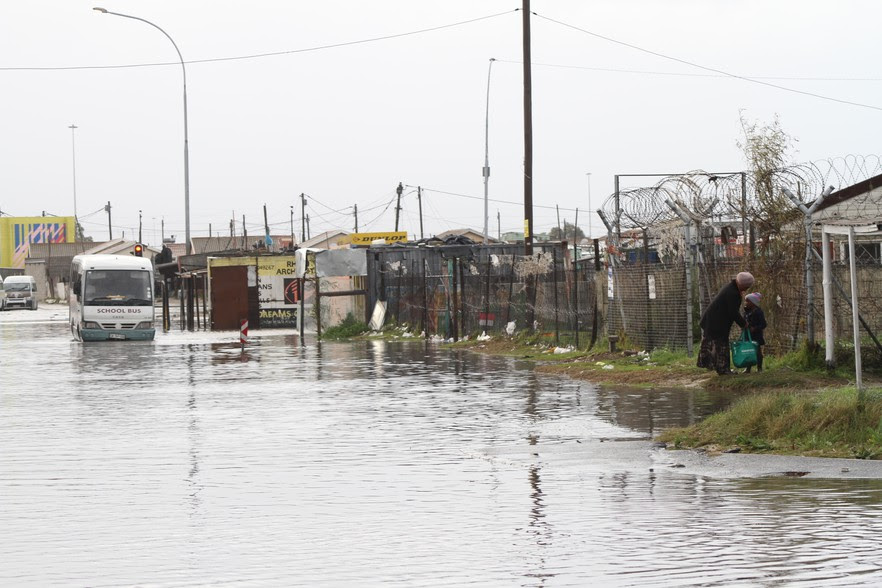 In Tembani, Khayelitsha on Monday a mother struggled to get her child onto the school bus. Residents watched from windows. The whole street was flooded and walking outside was not an option for many.