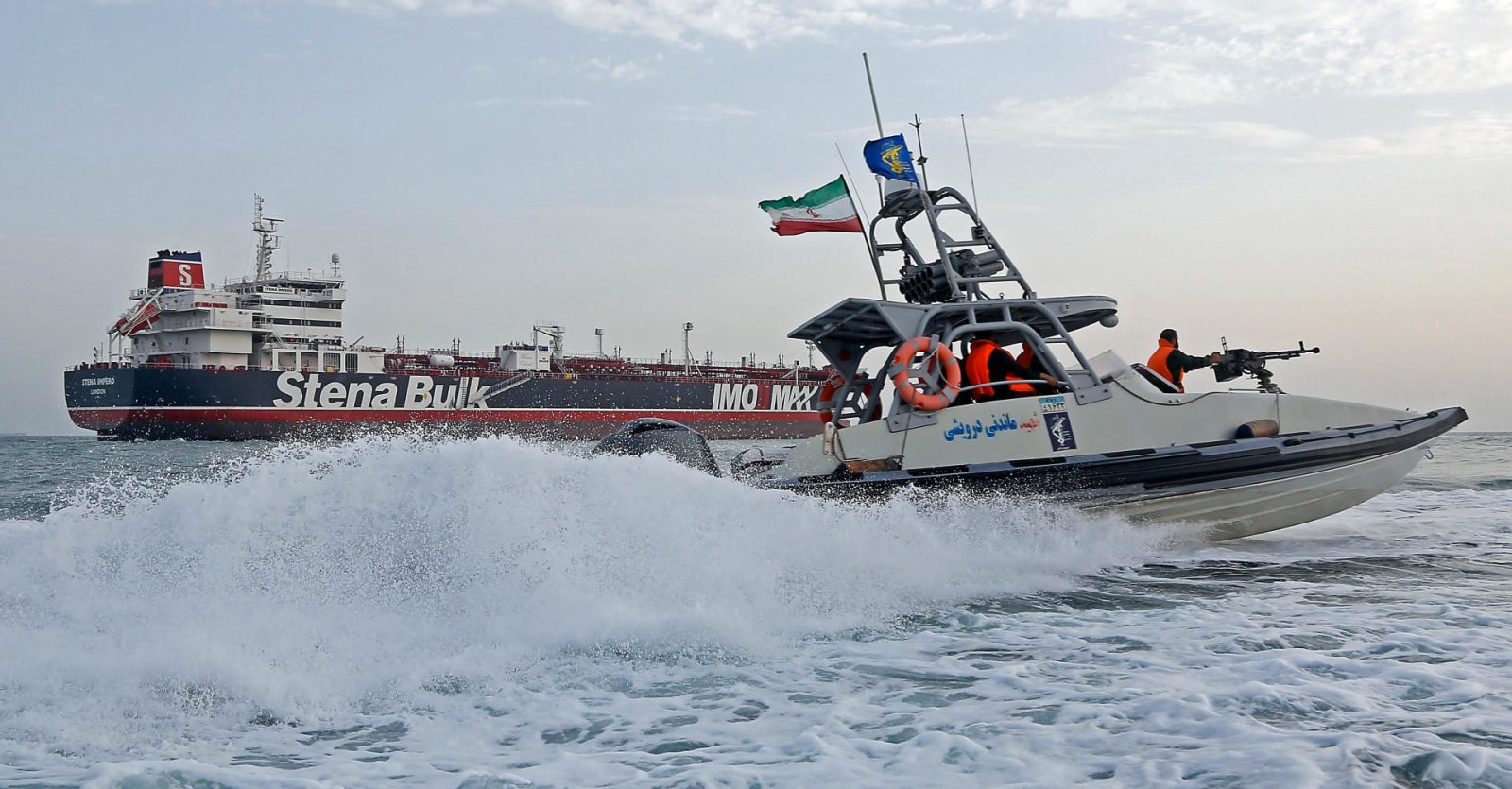 The crude oil price is caught in several cross-currents, including mounting UK/US and Iranian tensions and unfavourable supply-demand dynamics. Both oil and gold have responded in a subdued fashion to Iran seizing a UK oil tanker. Is this the calm before the storm?

The Strait of Hormuz is proving to be the crude oil price’s crucible for now as the UK, US and Iran look set to become locked in a precarious face-off after Iran went on the offensive in the strait last week. Iran’s Islamic Revolutionary Guard Corps seized a British oil tanker on Friday 19 July, escalating the already simmering diplomatic crisis.

This saw the price of crude oil regain some of its earlier losses last week. Before the seizure, Brent crude oil had slipped more than 6% to about $55 from $60 earlier in the week. In the days after, however, it gained steadily, and on Monday 22 July gained another 1.5% to trade at $63.40 a barrel. These gains are unexpectedly small, given the high risk that the seizure could result in an escalation in tensions between Iran and Western powers.

The International Energy Association (IEA) has said the oil price impact of Iranian tensions “has been minimal with no real security of supply premium”. However, it points out that the same is not the case for shipping costs, with insurance rates in the Gulf reportedly increasing steeply.

While there’s no doubt oil will remain front and centre of the news until these geopolitical tensions ease, the black gold’s supply and demand dynamics spread far wider than this, with the crude oil price caught in the cross-currents of macro-economic events in 2019.

During the first half of the year, the oil price was the best performing commodity price, gaining almost 30%. But this impressive headline performance belies the hilly journey it took to get there. The Brent crude oil price increased from its January low of $53.80 to $74.04 in late April in the wake of the attacks on two tankers in the strait. It then eased back to $64.26 and struggled to maintain its $60-plus level from mid-July until last week.

On the supply side, Opec and a few non-Opec countries have been making concerted efforts to manage supply by reducing inventories. However, concerns about a slowing global economy in the grip of waxing and waning trade tensions have meant that potentially weaker demand is undermining its attempts to limit supply and thus boost the price.

So-called Opec+, which includes non-members Russia, Kazakhstan, and Mexico, agreed to extend production cuts for another nine months earlier in July, and Opec and non-Opec allies also significantly signed a “Charter of Cooperation”, which formalises the need for non-Opec members to approve production decisions going forward.

Notwithstanding the production cuts, crude oil supplies are still expected to outpace demand by 600,000 barrels per day (bpd) through to the end of 2019. IEA says the Opec+ agreement does not change its fundamental outlook of an oversupplied market.

“On our balances, assuming constant Opec output at the current level of around 30 mb/d, by the end of 1Q20 stocks could increase by a net 136 mb. The call on Opec crude in early 2020 could fall to only 28 mb/d.”

Another supply challenge is that the production cuts are taking place at a time when the US, now the world’s top oil producer, is swimming against the tide, increasing production as fast as it can and virtually neutralising the Opec+ cuts in production. The US is expected to bring more than 12m/pd to market during the second half of 2019.

The IEA is also expecting demand to slow, citing a warm winter in Japan, a slowdown in the petrochemicals industry in Europe, and weak gasoline and diesel demand in the US.

While fundamental underlying economic supply/demand dynamics presuppose a weaker oil price, any further escalation in Iranian-triggered geopolitical tensions could well see the oil price rise. In this event, there would be significant economic ramifications too.

There’s broad consensus that a higher oil price amid a slowing global economy would have a negative effect on, particularly, the European economy, as well as emerging markets, perhaps tipping them into recession.

Although there are still concerns about a global economic slowdown, it is somewhat of a shifting target. Key data released last week showed the US economy is in a better state than anticipated. Retail sales rose 0.4% in June, ahead of an expected 0.1% increase, signalling that consumers are in a better state than anticipated. This altered expectations of a rate cut by the US Federal Reserve next week to a 25-basis point cut from the previously expected 50 basis points.

Meanwhile, the impact of trade tensions on the Chinese economy has started to show up in the numbers, with GDP growth in the world’s second-largest economy slowing to its lowest level in 27 years. GDP growth was 6.2% during the second quarter and 6.4% in the first quarter.

In this unpredictable environment, what impact have recent economic and geopolitical events had on gold, another crucial commodity, and gauge of investor sentiment? Gold is maintaining its safe-haven status but also hasn’t seen as big an increase as could be expected on the UK/Iran crisis. The precious metal, which took off in early June as concerns about global economic growth and trade mounted, has comfortably traded above $1,400 per ounce since 10 July but is still far lower than its all-time high of almost $1,900 per ounce in September 2011.

Events over the past week have just served to add to the precarious state of the macroeconomy and geopolitics – making it difficult to predict the path of the global economy, even six months out, with any degree of confidence. BM