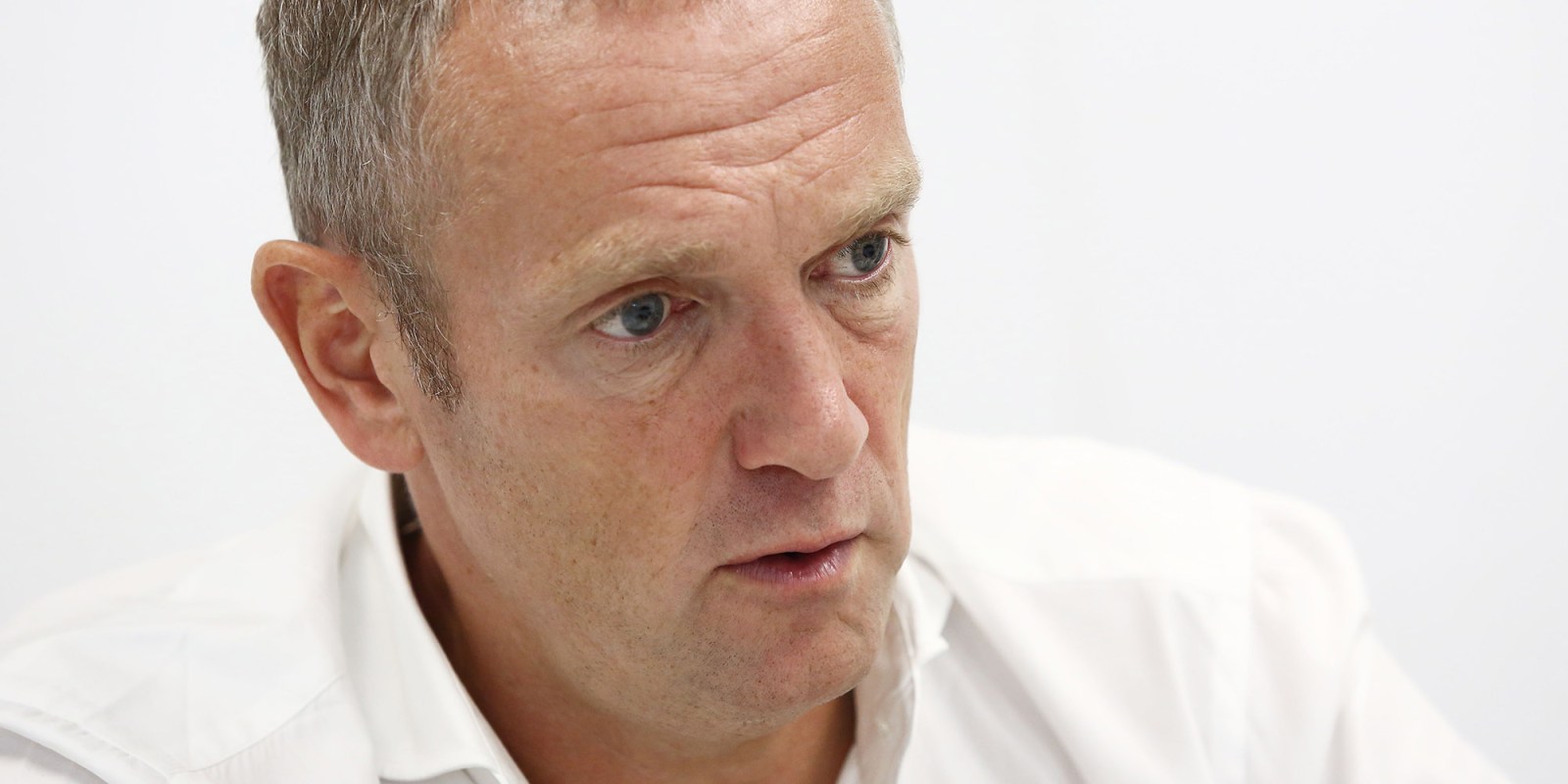 Executive pay is a contentious issue. What is fair and reasonable in a company with a market capitalisation of R1.5-trillion is not necessarily the same as in a company half the size. While the war for talent in the hi-tech space arguably drives salaries into the stratosphere, where is the limit? What cannot be argued is that after maintaining a stubborn indifference to shareholder concern, Naspers is doing its best to coax shareholders to its point of view.

The Naspers AGM in August 2016 probably represented the low point of the company’s relations with shareholders, where an unpleasant exchange between chairman Koos Bekker and shareholder activist Theo Botha saw Bekker refuse to take further questions and a member of the board’s inner clique storm out in petulant protest.

But more people will remember the 2017 AGM when 75.75% of ordinary (N) shareholders voted against the company’s remuneration policy. It was an almost unheard of expression of disgust at what was viewed as excessive and unwarranted incentives. The board responded to the wake-up call by upskilling the remuneration committee and began a process of extensive engagement with shareholders, including proxy advisers like Botha.

The result was that in 2018 changes were to made to the remuneration structure and to the way this was communicated in order to demonstrate more clearly the link between Naspers’s strategy, performance and its remuneration philosophy. These included the introduction of clawback provisions on the short-term and long-term incentives for the CEO and his direct reports; and the introduction of a shareholding requirement for the CEO, whereby he must hold 10 times his base salary in Naspers shares at all times.

Shareholders acknowledged the effort, but with just 43.04% voting in favour of the remuneration policy in 2018, it was not rousing support.

The work has continued and changes have been documented in the latest remuneration report, released last Friday 19 July. Shareholders will vote on the policy and whether it should be implemented on 23 August, with Naspers hoping a greater proportion of shareholders are in favour.

“We are trying to create a structure that supports and incentivises the achievement of our business goals, while recognising that we are running a global tech company that is competing with the best in the world for talent,” says Aileen O’Toole, Naspers’ Chief People Officer.

“We need to pay for performance, and we are comfortable with giving more to achievers, and giving less if not. At the same time, the strategy must be aligned to shareholder interests, thus part of spirit is to create link between strategy and remuneration and shareholder outcome.”

Naspers is willing to reward its top talent:

What is quite clear is that despite adjusting the structure, Naspers’ CEO Bob van Dijk remains handsomely rewarded for his efforts, receiving a package of $12.8 million in 2018 (roughly R179-million), which includes cash as well as short and long term options.

What is not discernible is how easy or difficult it is to achieve the financial and other targets as the two executive directors seem to achieve the targets easily, notes Asief Mohamed, CIO of Aeon Investment Management.

The report noted that Van Dijk received an increase in his base salary of 10% for the 2020 financial year, driven by personal performance that included the listing and unbundling of MultiChoice Group and divestiture of Flipkart.

Mohamed adds that remuneration report also makes no reference to pay ratios and gender pay gaps, which is relevant in a world of growing inequality.

With this in mind, the one change that shareholders may be happy to vote on next month is the introduction of performance conditions on a proportion of the long term incentives awarded to senior executives.

Remuneration for top tier executives including Van Dijk and CFO Basil Sgourdos is calculated on a three-tier structure that includes a base salary, a short-term incentive plan that pays out against specific strategic, operational and financial objectives and a three-tiered long-term incentive (LTI) plan, which accounts for more than 80% of total salary, as seen above.

The first component of the LTI is based on share appreciation rights (SARs) which are measured on the difference in total value of the discrete assets within the e-commerce scheme (excluding Tencent) over a four-year phased vesting period. This accounts for 41% of the incentive.

The second is share options, based on the Naspers share price and also extends over a phased four-year vesting period, accounting for 42%. The board is now proposing that they introduce a third LTI element – performance share units (PSUs), which will account for 17% of the incentive. How this will look in the coming year is laid out below.

Long-term awards to be made during the 2020 financial year:

“This vehicle allows us to further strengthen our pay-for-performance approach and create an even stronger alignment between shareholder outcomes and executive pay,” says O’Toole.

“Awards will not vest annually, but on a once-off basis after three years and will be measured on the three-year CAGR on the valuation of the Ecommerce SAR plan, excluding Tencent, relative to an appropriate equity index.”

Remuneration and incentive structures are increasingly complex. What investors want at the end of the day is to pay a fair price for a management team that creates value, in the process causing the share price to rise. 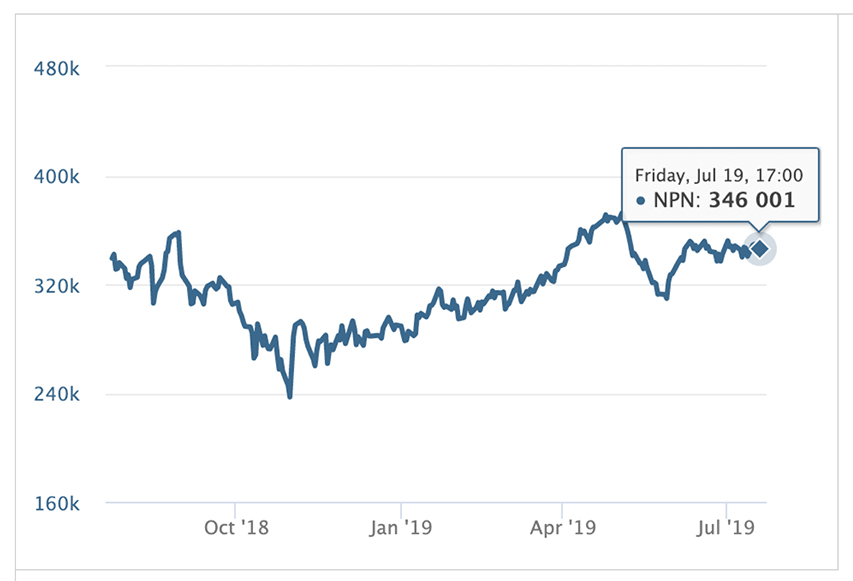 In its results for the 2019 financial year, Naspers delivered revenue of $19-billion, up 29%, with core headline earnings rising 26% to $3-billion and free cash flow of $120-million.

While it pales in relation to Tencent, e-commerce revenue increased 26% $3.9-billion with core business units like Classifieds and Payments becoming profitable.

While the profitability of the e-commerce businesses is welcomed, Mohamed also notes that core headline earnings of $3-billion translated to free cash flow of $120-million.

“This makes one question the quality of the core headline earnings. One should view Naspers as a listed private equity fund. In this case should the bulk of management incentives not be linked to actual realisations of investments?”

However, he concedes that this may not be possible as it may encourage sales of high-growth businesses too early.

The unbundling of MultiChoice Group in February 2019 and the disposal of Naspers’ 12% in Indian e-commerce player Flipkart is part of a management strategy to free up cash for further investment and reduce the discount between the group’s net asset value and market capitalisation.

What shareholders think remains to be seen. They will vote on 23 August 2019. DM