Springbok victory against Australia an ode to Johnny Cl...

Springbok victory against Australia an ode to Johnny Clegg 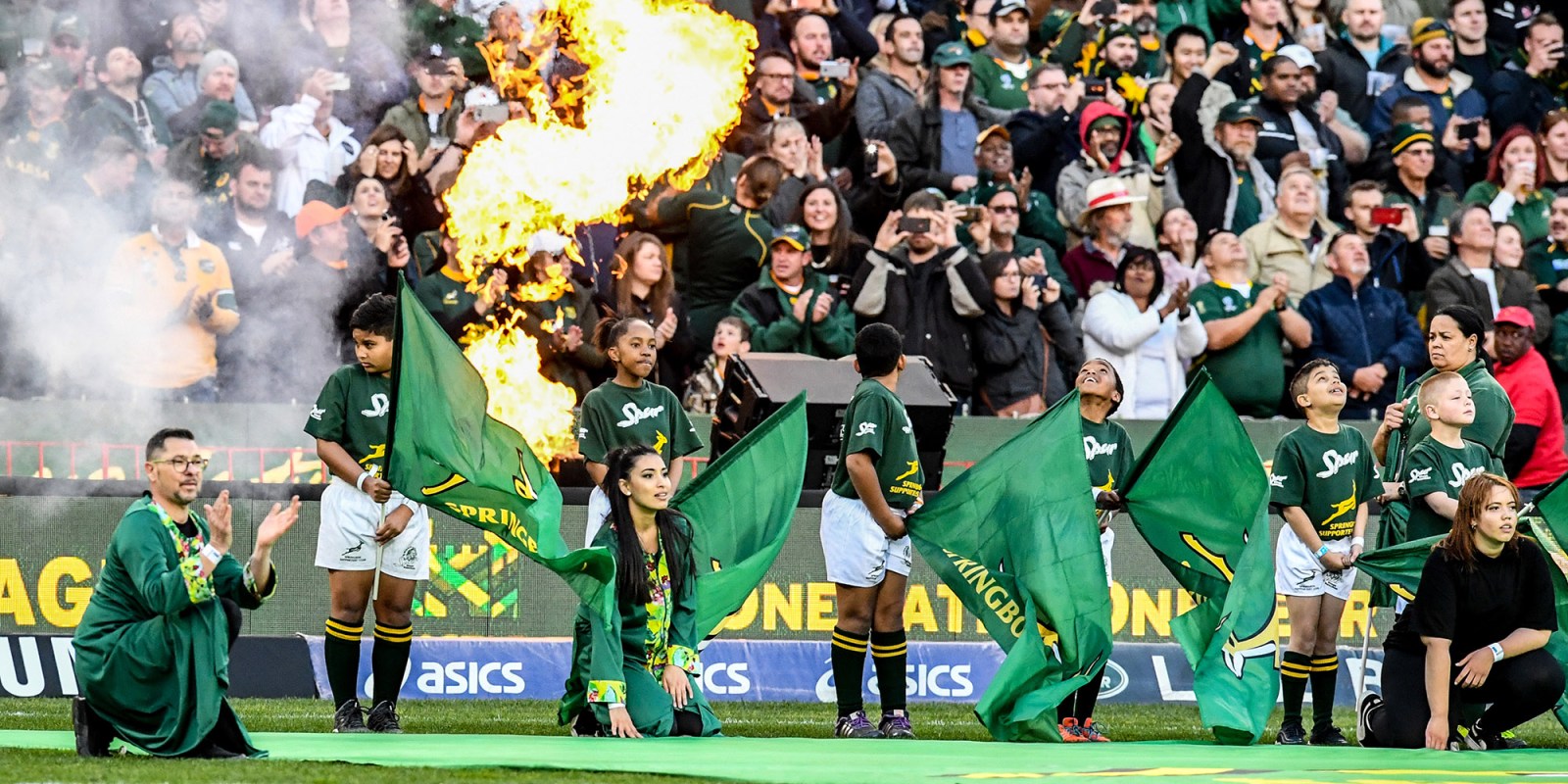 As South Africa took on Australia at Ellis Park Stadium in the opening match of the Rugby Championship there were many storylines at play. It was two days after Mandela Day and the rugby world was still mourning the untimely death of James Small. However, it was the late Johnny Clegg’s light that shone through.

The Springboks kicked off their new season with a convincing 35-17 win against Australia. However, considering the Wallabies’ horrendous record (one win in 10) at Ellis Park Stadium, the result was never really in doubt — even with the Springboks fielding players auditioning to get their names on the team sheet for the Rugby World Cup kicking off in Japan in September.

The atmosphere in the stadium before and during the game was electric. The 51,206-strong crowd sang and danced to the sounds of Johnny Clegg, a man who perfectly embodied the complexities of South African society. It didn’t feel like a mere World Cup dress rehearsal. Maybe it was because the Springboks had last played in October 2018 and the South African public had long been thirsting for some international rugby action.

That South Africa made history with the inclusion of eight black players in the starting 15 for the first time in a rugby match would have been seen by many as the perfect send-off for Le Zoulou Blanc (the white Zulu), as Clegg was affectionately known. And not only that, but a proverbial transformative crossing in the sport’s history in South Africa.

This was even more significant, considering that in the past week the country celebrated the life of former president Nelson Mandela. A man whose embrace of a “rainbow nation” Clegg so perfectly epitomised.

Fittingly, the Bok warriors ran out on to the pitch to the sounds of the band Juluka’s Impi at the start of the match. The match itself, though, was less of a fight and more of a sparring session, and the Boks hardly broke a sweat. However, despite this, it wasn’t the best performance you’ll ever see by the Springboks. That is to be expected of course. Coach Rassie Erasmus is in full laboratory mode as he experiments with different combinations before World Cup 2019 in Japan.

“From a team performance perspective, this isn’t how we want to play, quality-wise, and we’re aware of that. They had our number in the air and we’ll have to look at that; there are a lot of areas we can improve on,” said Erasmus after the game.

This, however, doesn’t mean there weren’t any positives for the Boks. In fact, there were plenty of great individual performances, the biggest coming from debutant Herschel Jantjies. The scrumhalf was mesmerising and everything he touched turned to gold. Veteran Francois Louw also had a great day on the pitch, along with Pieter-Steph du Toit, Sbu Nkosi, Elton Jantjies and captain Eben Etzebeth.

“A few guys certainly put their hands up for Rugby World Cup selection and although there was some rustiness and all our combinations weren’t settled, we are still happy with the win,” said Erasmus of his team’s overall performance.

Next for the Springboks is a test against New Zealand in Wellington on 27 July, followed by a trip to Argentina, before they return to face the Pumas at Loftus Versfeld in mid-August.

As they continue to fine-tune their juggernaut in preparation for rugby’s biggest showpiece, they will be hoping to discover the Spirit of the Great Heart and dance their way to ultimate glory in Japan. DM