Gwijo, débuts and predictions for the Springboks and o...

Gwijo, débuts and predictions for the Springboks and other teams 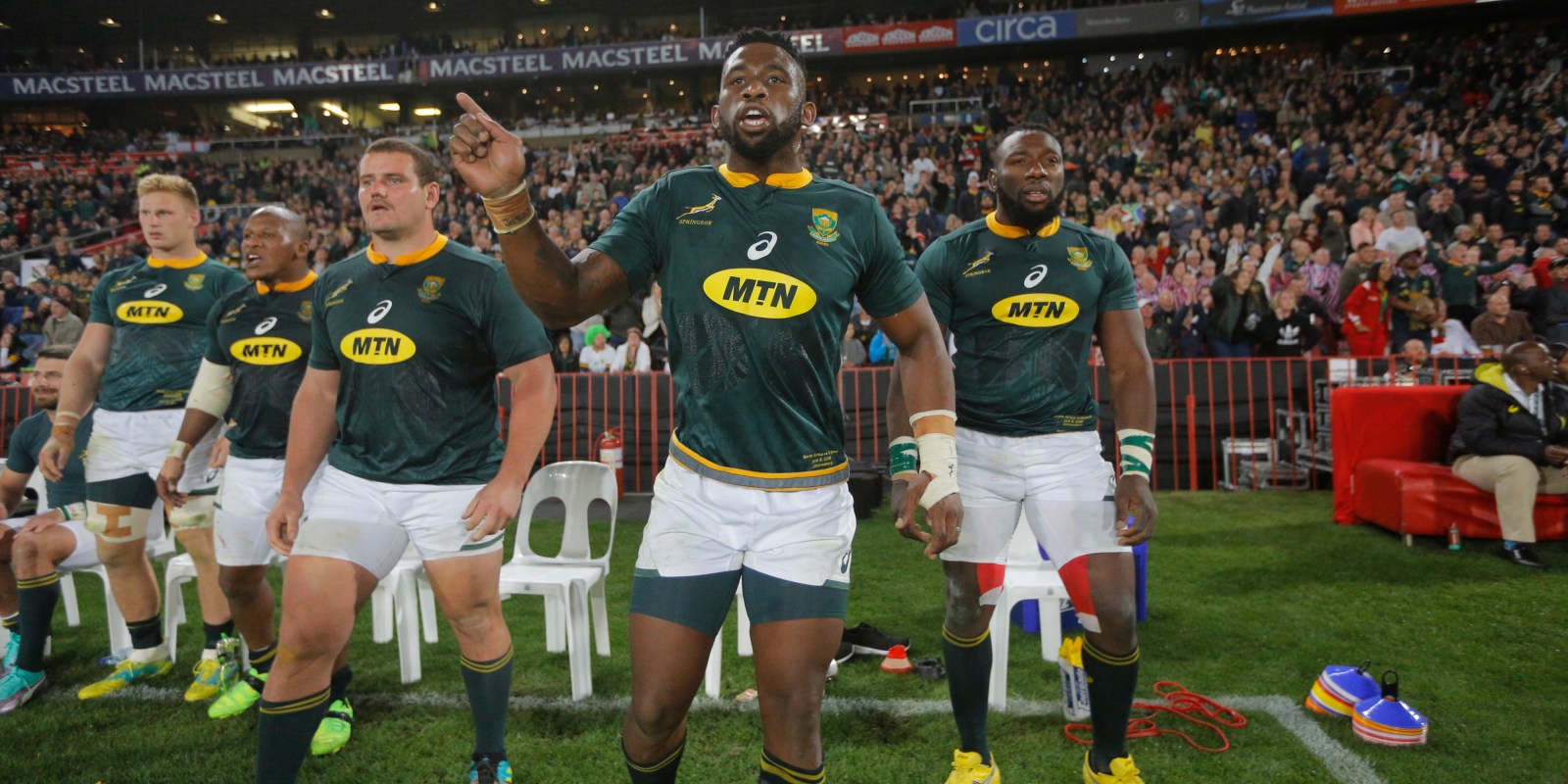 Springbok captain, Siya Kolisi and other players react during the intense test match against England at the Ellis Park Stadium in a 3 match series, 09 June 2018. EPA-EFE/KIM LUDBROOK

World Cup years always bring with them a heightened interest in the lead-up to the big event. The Rugby Championship might be trimmed down, but the storylines are more bloated than usual.

How many heart-string tugging narratives can you fit into one script? If you’re watching the Springboks take on Australia at Ellis Park, turns out quite a few.

Both teams will head into this match in search of a new dawn. Australia are looking to put the Israel Folau kerfuffle behind them while South Africa will make history with eight black players in the starting XV for the first time.

Not just because of what it means for the team’s continued transformation, but because of the narratives that shape it. Even those strongly opposed “making everything about race” would do well to consider the meaning of that figure. All games that pave the road to a World Cup are charged, but this one’s current is revved up.

The Springboks have the superior record at Ellis Park. And this was the very venue where one of sport’s greatest stories played out in 1995 when South Africa beat the All Blacks to win the Rugby World Cup.

It sometimes feels a little superficial to reminisce about the past especially when players like Herschel Jantjies, who will make his début against Australia, wasn’t even born when that final was played. But anyone – player or pundit – who has walked the turf at Ellis Park will tell you: it’s magic. Funny how those so close to us and now gone, still so affect our lives, isn’t it?

The continued transformation of the Springboks has brought with it a welcome identity overhaul. Fans are taking ownership of the team’s identity replacing meaningless “Ole, ole” chants with Gwijo songs like this.

We're challenging Springbok fans to join us in a gwijo on Saturday at the stadium.
Let's sing 'Siwelele' together. 🤗
[WATCH] It's SUPER easy to learn! 🎶
We're #StrongerTogether by being #LouderTogether! #GwijoAtTheRugby pic.twitter.com/8eiI5GXdfu

And it’d be remiss to not also note the rendition of Impi that will be blared over the speakers before the game. Johnny Clegg’s death this past week, although not unexpected, had a profound impact on many South Africans. What better way to honour his legacy than to learn some Gwijo and rattle the opposition through the power of song?

Jantjies’ trajectory to top level sport is a reminder of the talent waiting in the wings. Clegg’s presence through song is an example to the rest of us. If a white immigrant can be authentic in his embrace of others and learn the sounds alien to his tongue, surely we can make an effort to stop saying “Kosa” or singing “ole” when we’ve got other options?

South Africa head into this match united, refreshed and inspired. Australia, despite their insistence they just want to get on with it, are divided. Because even if the powers that be acted strongly on Folau, the furore that surrounds that case hasn’t been universally accepted.

Sport has a funny way of filtering through to life. The Springboks, shaped by the sounds of Gwijo and the ghosts of unification, will know the power they hold to send a message – not just to their opposition at the World Cup, but to the fans.

Still, this is South Africa’s game to lose. The Boks should win by 19 more.

At the other end of the earth, Argentina will host the All Blacks knowing that history is very much against them. But they can take heart from the Jaguares’ Super Rugby efforts. A win might be out of reach, but rattling New Zealand is not.

Because in a World Cup year, it’s not just the team they are playing against who’ll be looking for intel. Those lumped in New Zealand’s pool for the global showpiece (including South Africa) will be keeping a close eye on this fixture, looking for any indication of where a breach might be possible.

The All Blacks aren’t known for getting caught up in other people’s business, but they’re not immune to pressure, either.

So while the prediction is still for New Zealand to win, don’t expect it to be a walkover.

Prediction: New Zealand, but not at a canter. DM

Results will update in the widget above.