Angola Camp 13: Sello Maseko heeds the cry of the spirits who died at Quatro 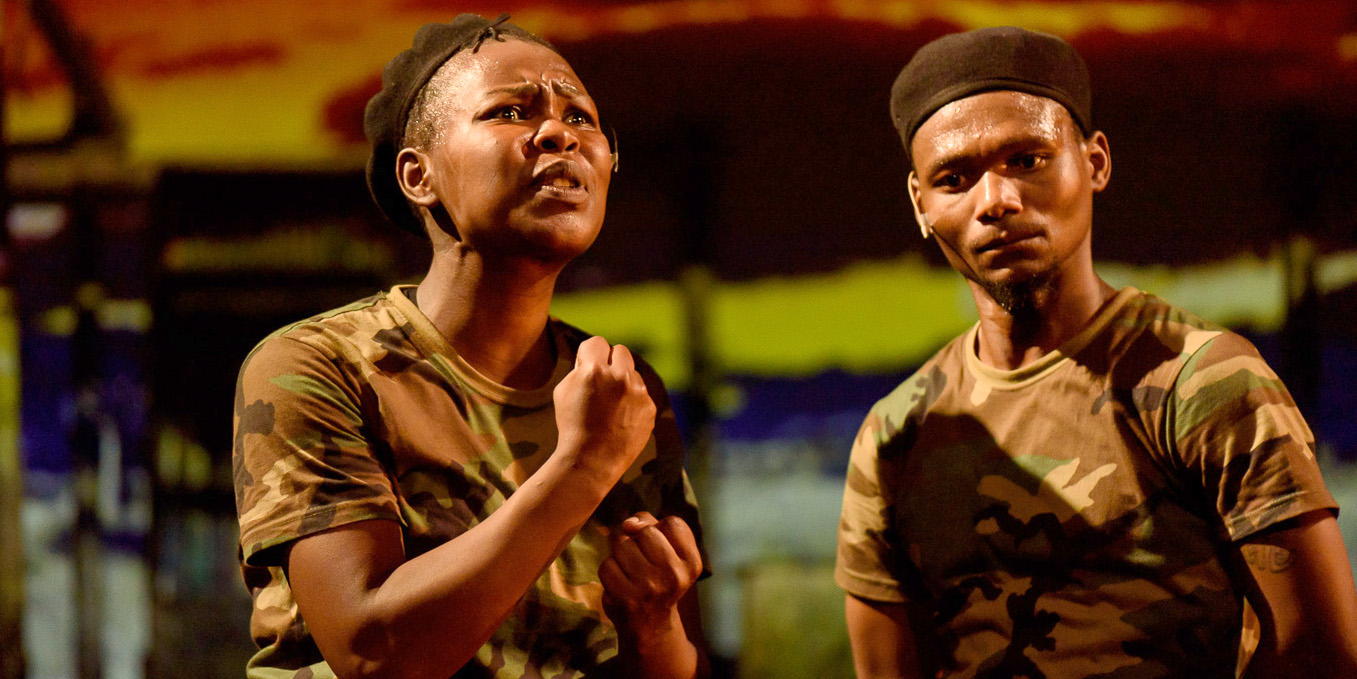 ‘Angola Camp 13’ unearths a history many may not know about. The play, on at the State Theatre in Pretoria, looks at the human rights violations that took place in the ANC’s camps and reminds us of the forgotten heroes.

Angola Camp 13, the fifth play that Sello Maseko has written, is about the torture some MK soldiers endured for their dissident views. Those who opposed the way things were run were tortured and killed in a camp called Quatro while they were in exile in Angola.

Maseko says the story of killings and torture at Quatro has been called a fairytale even by those who were in exile.

“No one knew about it. Even those who are from exile when you speak about Quatro, they’ll tell you, ‘You’re lying, there was no such’. Minister Ayanda Dlodlo went to exile when she was 17 years, she said she’s been in Angola and that this thing of Quatro is a fairytale,” Maseko told Daily Maverick after the first preview of his show on 11 July 2019.

Maseko studied drama at the University of Witwatersrand. His parents were political activists and he was born in Tanzania in 1984.

Even if politicians and other nay-sayers claim that Quatro never existed, Maseko says he knows it did because he has spoken to families whose relatives died there.

Before writing the play, Maseko went to Angola.

“When I was there I felt the spirits of those who were there. I cried. I came back and I said, ‘No I have to write this thing’ because those spirits they said, ‘Please release us. Tell the world what happened to us because no one is saying anything’.”

To research his play, Maseko spoke to victims and families of victims and read books like Mwezi Twala’s Mbokodo: Inside MK a Soldier’s Story.

In 2009, Paul Trewhela’s book Inside Quatro: Uncovering the Exile History of the ANC and Swapo detailed what happened in Quatro and how those who survived and fled back to South Africa died.

Apart from being a director and writer, Maseko is the chairperson of the ANCYL in Soshanguve, Pretoria where he lives.

The play has had mixed reviews from people in the ANC. “In public, they say it’s wrong, under the carpet they say, ‘You’re doing a good job. You’re giving us a background of what is happening today, [people see] that this started there [in exile]’,” Maseko told Daily Maverick.

Although the play focuses on the torture of one man in the camp, Maseko says this doesn’t mean women were treated any better. “Due to time I wanted to tell a particular story [but] the story of women in exile is a story on its own.”

Maseko’s moving play illustrates that women were present not just as caretakers or in the background, but sometimes were complicit in the abuse of their comrades.

The playwright tries to unearth the painful history of how comrades betrayed each other, and he hopes it can bring closure to families.

“I want us to have a frank conversation about it so that we can heal. Families who are still waiting for answers, they need to come and find closure and say, ‘Oh, I’ll assume that this is what happened to them’.”

The play was recently performed at the National Arts Festival in Grahamstown.

Despite some ANC members criticising Maseko for painting the party’s history in a bad light, Maseko is adamant that it’s an important story to tell, one that could lead to healing for many families. DM

Angola Camp 13 is on at the State Theatre in Pretoria until 9 August 2019.