Amaizing Maize: We work hard for our African beer

Amaizing Maize: We work hard for our African beer 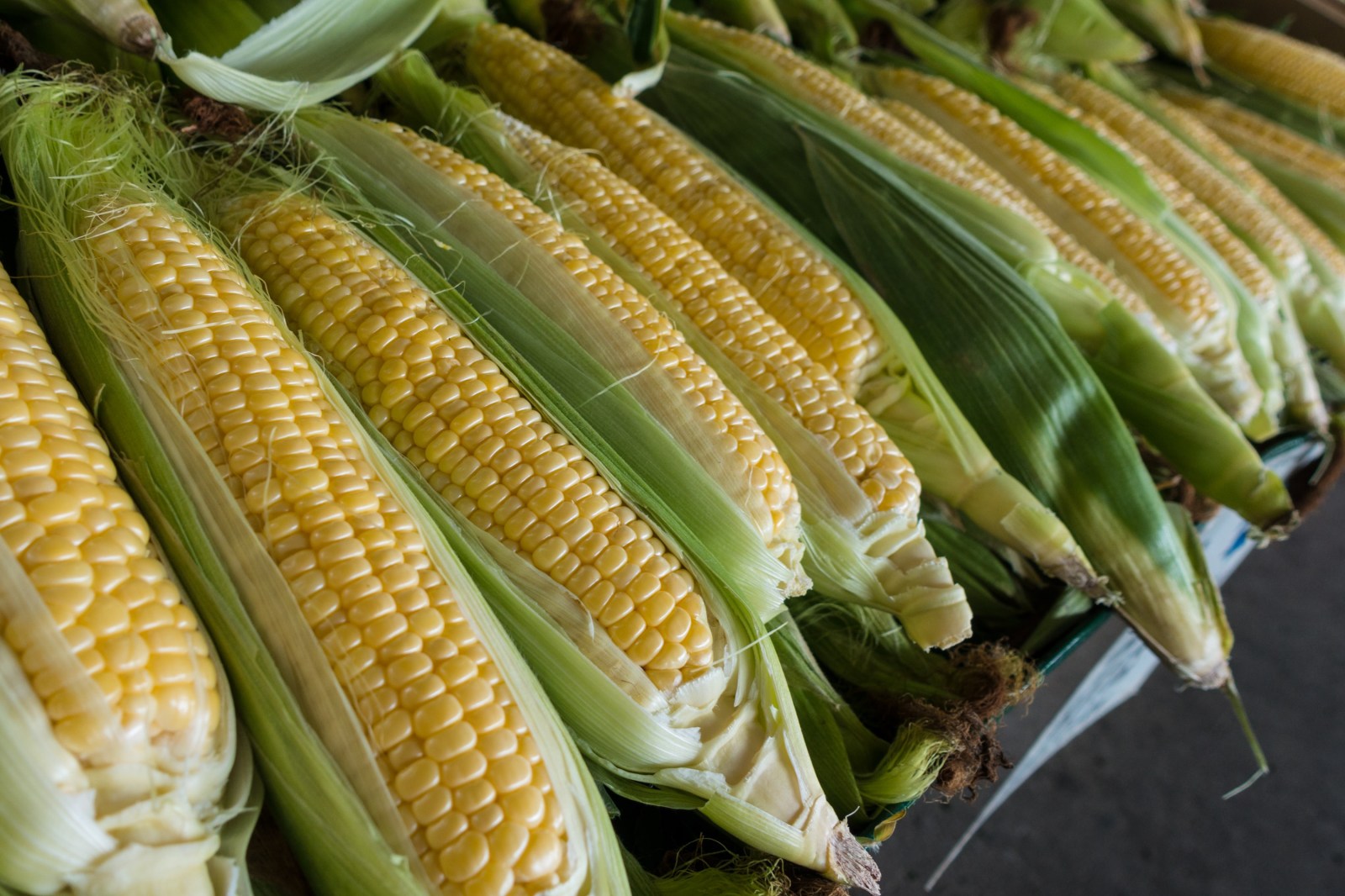 Where would ‘pap en vleis’ be without the mielie? What’s left of comforting umngqusho or dikgobe (samp and beans) if there’s no plump mielie kernel? As for umqombothi, it’s always been ahead of the craft beer curve.

The very first thing I remember eating as a kid was a bowl of maize porridge – a memory I think I share with about 80% of children growing up in South Africa. Perhaps more.

See, mielies and the myriad maize products derived from this single source plant is the canvas on which our South African food culture is painted. It’s our foundation food, the African staple.

Yes, there’s much to be said about our braai culture and fire food. We even braai mielies on the fire alongside meat. But where would “Pap en Vleis” be without the mielie? What’s left of comforting umngqusho or dikgobe (samp and beans) if there’s no plump mielie kernel. Plain beans? That’s just asking for trouble.

South Africans love mielies. We grow it as part of multimillion-rand farm enterprises or in small patches as sustenance farmers. My family once cultivated three sweet corn stalks in Jeffreys Bay to supply us with corn for the braai throughout the summer. That’s how much we love mealies. From JBay to a small patch of land in Limpopo and the entire Free State under commercial maize production… South Africans are eaters and growers of maize.

South Africa consumes almost 11 tonnes of white maize annually. Most of the maize produced in South Africa is for food purposes. Yellow maize primarily goes into animal feed, while white maize is sent through a dry milling process to produce food for our consumption – usually samp, maize grits, maize meal and corn flour.

The mealies we braai over the coals is about the only yellow maize we consume directly*. Although, this is a different – sweet – variety that’s been developed to be appetising to eat. Results won’t be as pleasing if you just throw a typical SC506 cob on the fire. This early-maturing, yellow maize variety has excellent drought tolerance… but it’s not great for braais.

* I remember when I was about 10 years old, we ate yellow pap made from yellow mealie meal in our home for a while. My parents tell me that in the early 2000s there was a white maize shortage in our region and suppliers resorted to yellow maize. Those were exciting times; adding butter to my already yellow morning porridge felt extra indulgent. Interestingly, we seem to be migrating back to yellow maize pap – nowadays referred to as “Polenta” or “Gucci Pap” as The Secret Jozi Chef, Paul Maciel, calls it. South Africans are fashionably resourceful that way… even during a food shortage.

It’s simple, really. If you have a cob of white corn, you have a meal. It just needs to be dry. The milling of wet maize is used to extract things like maize germ, husk and wet starch that’s used in soaps, paints and pharmaceuticals.

Dry maize kernels need but a few stamps in a mortar to remove the hull before they can be boiled for samp. Add a little more elbow grease and you have maize grits. Send it through a dry blender and you have what you need to make all sorts of beloved South African classics. slappap, stywepap, krummelpap (crumbly pap, traditionally called Umphokoqo or Umvubo) – best enjoyed on a hot day with creamy amasi poured over. Yum.

On the colder days, the original SA comfort food, umngqusho – samp and beans – never disappoints. Neither does classic umfino – a delicious blend of pap, spinach, cabbage and potatoes. We’re not even talking about the role maize plays in desserts like Milk Tart or custard – all reliant on the humble mealie for their structure and fine, creamy texture via cornflour.

And then there’s the real African heart-warmer – umqombothi. “Forget about Black Label, Umqombothi, sê die Bybel”. It’s made from maize, maize malt and bran and has a typically low alcohol content.

To the untrained palate, umqombothi can be a bit wild… it smells like a forgotten fruit at the bottom of your school satchel after the December holiday. The texture can be off-putting too, at first. It’s thick and creamy with a distinct pale brown and foamy, opaque colour. And it’s typically drunk from a shared tin or container that’s sent around the fire.

Primitive? Not at all. Umqombothi is so far ahead of the curve it’s come full circle. Craft breweries have nothing on this original “garage brew”. Before bearded hipsters were schooled on Indian Pale Ales and dry stouts, the legendary Yvonne Chaka Chaka was singing about the allure of this “Magic African beer”. Oh, and it is magical. There’s magic the making thereof, as well as the drinking.

It takes a minimum of three days and is always made with purpose, with a reason to celebrate or mourn. It’s also made in quantities of 40 litres and up… so you’ll need an occasion to consume it all. Eastern Cape-based Xhosa cook and baker Nombeko Fesi shares her recipe with great zeal.

“You need to use Blue Bird maize meal,” she says. “It makes for a delicious, sweet-tasting beer with the best bitter balance.

“First, you make the Inkoduso – the starter for the beer – with lukewarm water, maize meal, wheat bran and King Korn maize malt, and leave it to ferment in a warm spot under a thick blanket until the next morning. You make this on Wednesday evening if you want to drink your beer on Saturday,” she says.

On Thursday morning, you’re ready for the next step: cooking the fermenting beer “pap” (mash) in a potjie over the fire in batches until it thickens. From there, the pap is mixed with more water before a second fermentation process, during which more maize malt and bran is mixed through.

“You need to mix the malt and wheat in with your arm at this stage,” Nombeko says. “You won’t be able to feel the consistency of the beer if you use a utensil. The beer mixture needs to slip effortlessly from your arm when you’ve finished stirring; that’s how you know it’s good.”

Your beer is then left under the blanket until Saturday morning when it will be ready for straining. A maize meal “streepsak” works a charm for this, as it catches all the gritty bits and bran. Traditionally, the residue is fed to the chickens.

“However,” Nombeko says, “you can also use it to make Ivanya”, another type of beer that’s made through a secondary fermentation process.

In terms of modern food trends, Umqombothi is right up there with world-renowned fermentation-freak Heston Blumenthal and René Redzepi of Noma, the world’s best restaurant as ranked by Restaurant magazine.

“Fermentation is the future of cooking,” Redzepi told The Economist in 2018.

The mothers and wives and farmers and experimental teenagers of South Africa all agree. But it’s also the history of cooking, we say. Back home in South Africa, we’re just going about our business as usual… manipulating microbes from the basic food staples to create the flavours we’ve come to love over centuries.

If Umqombothi is a bit daunting for you, try this delightful Mageu recipe below.

Mageu is similar to Umqombothi, albeit void of any (detectable) alcohol. It’s sold commercially and is basically a thin mealie pap which is fermented with the help of yeast and wheat flour. The mixture can also be flavoured and sweetened if desired.

Make a small starter dough by mixing the flour, yeast and water. Leave to ferment for at least eight hours.

Then, in a heavy-based pot, mix together the maize meal and water and bring to a slow boil, stirring often. The mixture will thicken to create a thin porridge. Remove from the heat and cool to room temperature, before mixing in the dough starter.

Cover and place in a warm spot for at least one day. The mixture should develop a fragrant, sour smell, indicating that it is ready.

Use a sieve to strain. Drink slightly cooled and sweetened with sugar, if desired. DM