The Fishermen: Wide range of acting skills on display i...

The Fishermen: Wide range of acting skills on display in multilayered work 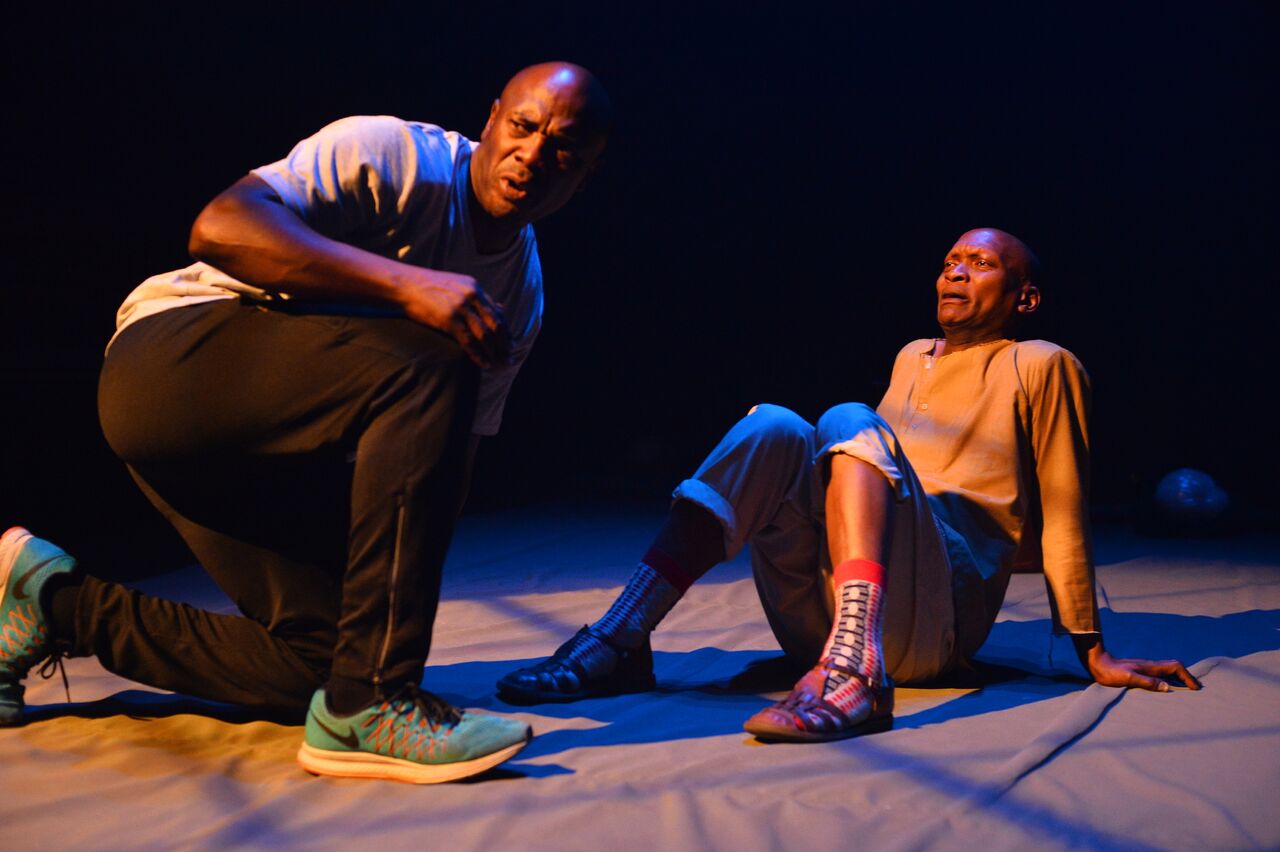 With South Africa being such a magnet for immigrants from across the continent, telling stories from other parts of Africa makes sense for the Market Theatre. It’s a tactic that may attract broader audiences, and show the regulars that we have much more in common than what divides us. As the theatre’s artistic director James Ngcobo puts it, it’s a chance to show the lives of people in countries not too dissimilar to our own, and to show the need to jump over hurdles and move on.

The chosen play in July at the Market Theatre is The Fishermen, adapted from the debut novel by Nigerian author Chigozie Obioma. The Fishermen was shortlisted for the Man Booker Prize in 2015 and is described as a layered, complex and slow-burning story.

Here it is a two-man play with Warren Masemola and Siyabonga Thwala playing the brothers Ben and Obembe, who are finally reunited after traumatic family events. I haven’t read the book, but I can imagine the tale unfolding slowly, with generous time taken to develop each character and all of the events that unfold. This adaptation for the stage by Gbolahan Obisesan tries to cram everything into one 90-minute show, and you suspect the result can’t have done it justice.

It’s still an entertaining piece of theatre, however, with Masemola and Thwala displaying a wide range of acting skills as they morph between many different characters. They play their mother and father, switch to become each of the four brothers, plus an old woman, a couple of chickens, and a madman whose curse turns into tragedy.

The pair must be enjoying themselves enormously and hold our attention continuously as they play with their actions, characterisations and emotions. But the main reason why you need to pay attention is the heavy Nigerian accents, which sound very convincing. Unfortunately. The authenticity is admirable, but it comes at the expense of comprehension, and even with concentration, my ill-attuned ears didn’t catch all the words.

It’s a very physical play, with a ponderous start before an awkward reunion that soon leads to the brothers re-enacting their memories. There are playful moments and good dose of humour, particularly from Masemola as he camps it up to recreate their mother.

Then come the dramatic confrontations and traumatic events as the story takes a tragic twist. At one stage some discordant music doesn’t do anything to ratchet up the tension, because the words are quite capable of doing that by themselves.

The theatre has been divided into seating on the left and right with the stage slightly below us in the middle, and perhaps I’d have felt more involved in the front row, face to face with these fabulous actors. DM

The Fishermen runs at the Market Theatre until 4 August. Tickets from Webtickets.