South African-born handbag entrepreneur Lana Marks: ‘I’m qualified to be the next US ambassador to SA’ 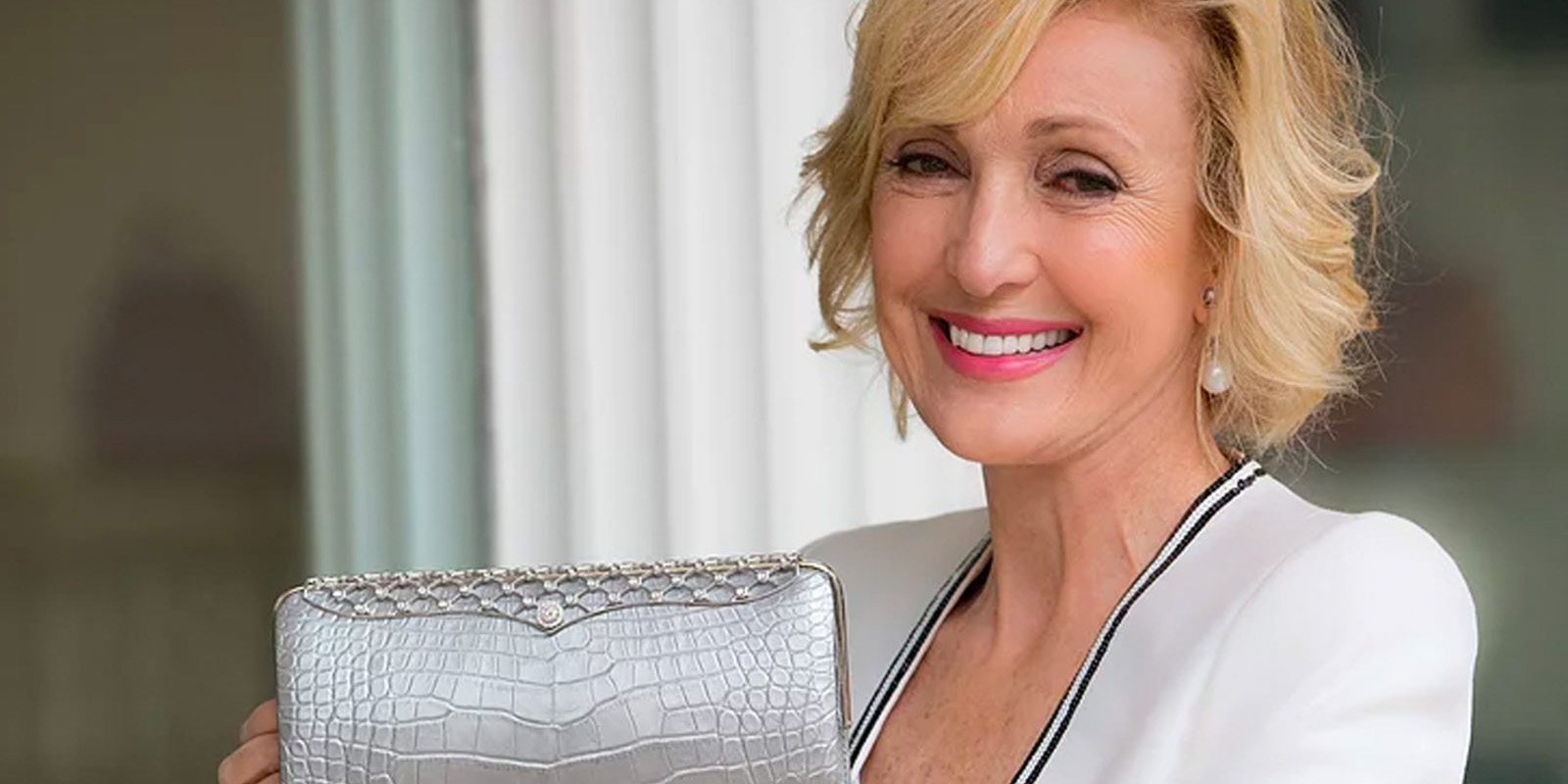 After a 30-month vacancy in the US ambassadorship to Pretoria, Donald Trump’s choice finally had her first Senate confirmation hearing this week.

South African-born US entrepreneur Lana Marks has told US senators they should confirm her as America’s next ambassador to South Africa mainly because of her business acumen, gained from setting up a successful global handbag business.

This would help her boost business between the two countries.

US President Donald Trump nominated Marks as ambassador in 2018, but she appeared before the US Senate foreign relations committee only on Wednesday for a hearing to enable the senators to decide if she should be confirmed as ambassador.

She has no government experience, but Trump knows her personally from Florida where she now lives with her family. The US ambassadorship in Pretoria has been vacant since former president Barack Obama’s nominee Patrick Gaspard left the post in January 2017.

Marks appeared at the hearing alongside four other nominees, all career public servants seeking ambassadorial and other government positions. One was Jessica Lapenn, who has been acting US ambassador in Pretoria since Gaspard left but has now been nominated by the Trump administration to become US ambassador to the African Union in Addis Ababa.

Committee chairperson Lindsey Graham, a leading Republican, bluntly put it to Marks that “you’re the only non-career person here. How did you get the nomination and why should I vote for you”?

Marks replied she had started a business from scratch and had extended it throughout the US and globally.

“I’ve set up all the supply chains for everything. I’ve done all the negotiations throughout the US and globally and I feel this would hold me in good stead in increasing business between the United States and South Africa, if confirmed.”

She said she also knew South Africa, having been born and raised there and spoke three of the four most widely spoken South African languages.

“And I feel this will hold me in good stead. I’ve also served on various boards internationally. I’ve interfaced socially with media and with communications. And all of these together, if confirmed, I would utilise to the best of my ability in that position.”

She told the senators she had started her fashion handbag business on the kitchen table in the family’s two-bedroom apartment in Miami after she and her psychiatrist husband Neville had emigrated to the US when he was offered a professorship there.

Her family’s venture to the US represented the American dream, “one that has been achieved through hard work, determination and perseverance”.

Marks had to field some tough questions about land reform and US-SA trade.

Democratic Senator Tim Kaine recalled Trump’s controversial tweets in 2018 about land and farm “seizures”, expropriation and farm murders. He asked Marks if she supported President Cyril Ramaphosa’s efforts to find some equity in land ownership and if so, what should the US do to help him do it properly?

Marks said land was “a historically fraught issue, a complicated issue in which there are legitimate grievances by the majority”.

“On the other hand, you have to consider security, economy, productivity, not only for South Africans but for American companies doing business there.

“It’s being dealt with in a transparent manner which the Administration approves of,” she said, adding “no farms have been confiscated at this time.”

Marks said the number of farm murders was declining overall. The ratio against murders overall fluctuated, but roughly represented about 1% of all murders. The murder rate on farms and elsewhere nonetheless remained “shocking” and “unacceptable”.

“And new President Ramaphosa has said it’s a very, very serious consideration of his to get this under control.”

Marks said if confirmed as ambassador, she would try to help by encouraging the SA police force to become involved in the US-backed International Law Enforcement Academy in Botswana “in a much more meaningful way”, as well as through other US-sponsored facilities.

Democrat Chris Coons, the most involved US senator on African issues, reminded Marks that he had recently helped to eliminate long-standing South African barriers to the imports of US poultry (as a condition for SA not losing its benefits under the Africa Growth and Opportunity Act, AGOA, which allows eligible African countries to export most of their products into the US duty-free).

Coons noted that partly as a result of lifting these barriers, South Africa was now one of the top 10 markets for US poultry.

But Coon added that some tensions, “understandable discomforts and unhappiness of South Africans” had recently arisen over the Trump administration increasing tariffs on South African steel and aluminium imports.

South African poultry producers were applying pressure, he said, referring to efforts by those producers to get Pretoria to scrap the US poultry import quota on the grounds that America’s steel and aluminium tariffs were violating AGOA.

He asked Marks how she would address this problem and what her priorities would be for the broader US-SA economic relationship.

Marks said that if confirmed as ambassador she would ensure that South Africa continued to honour the US poultry import quota. More generally, she would consider Prosper Africa (the new US government programme to improve the business climate in African countries) and whatever other tools the US government had to “dramatically” increase trade in all areas, including advanced manufacturing, energy, services and communication technology.

Marks she had served as a member of Harvard University’s Kennedy School of Government’s Women’s Leadership Board among other positions. She had become an American citizen in 1994.

“By coincidence, that was also the year Nelson Mandela became President of South Africa.

“In just 25 years the country of my birth has undergone a miraculous transformation through its peaceful transition away from the brutal apartheid regime, and now stands as a pillar of democracy.

“It fills me with great personal pride to witness the legacy of Nelson Mandela in this remarkable evolution of South Africa.”

She noted that South Africa had joined the ranks of the G20 group of the world’s most important economies, currently sat on the UN Security Council, had become an engine for African growth and beyond and had contributed more than 1,000 troops to peacekeeping operations in the DRC.

If appointed ambassador, her top priority would be the safety and security of all Americans in SA.

She would also work to improve the already robust relationship the US enjoys with SA, including by deepening trade and investment.

Marks said US firms already contributed about 10% of SA’s GDP.

She would also continue US support to SA — which has now totalled more than $6-billion — to curb HIV and Aids, which she said affected more than 7.5 million South Africans. The aim should be to reach epidemic control by 2020.

Graham hinted that the committee would vote for all five nominees to be confirmed. If so, the full Senate would then vote. It seems likely it will also approve their appointments. DM