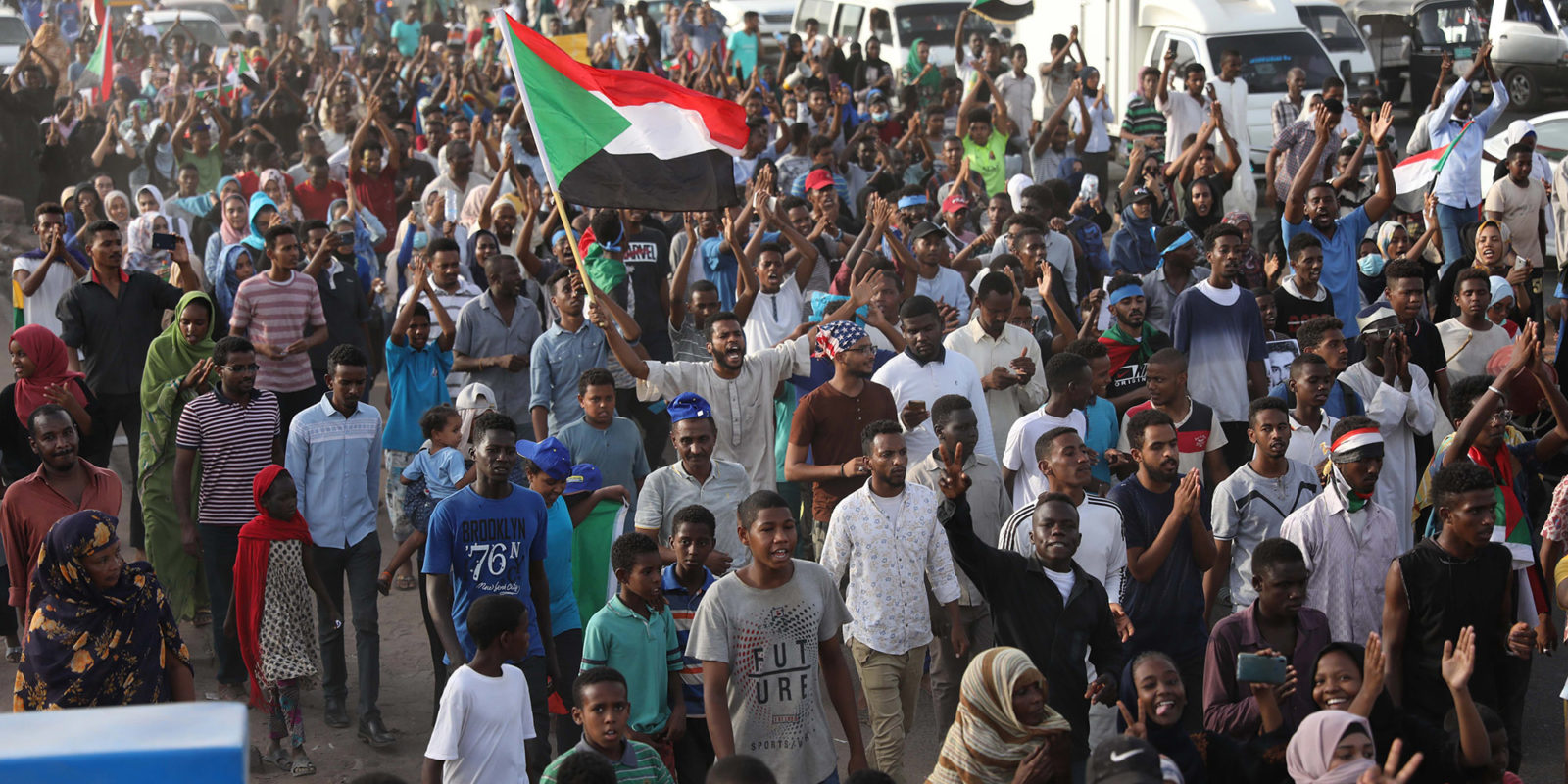 Sudanese people march on 13 July 2019 to mark the 40th day since scores of protesters were killed during a sit-in outside army headquarters in Khartoum, Sudan. (Photo: EPA-EFE / Marwan Ali)

Sudan's ruling generals and an alliance of pro-democracy groups have signed a political accord as part of a power-sharing deal, seen as an important first step towards meeting protesters' months-long demands for a civilian-led government.

The signing of the document in Khartoum on Wednesday (10th of July)  between the Transitional Military Council (TMC) and the Forces of Freedom and Change (FFC) alliance came after a series of delays due to disagreements over the details of the agreement.

The two sides are still working on a constitutional declaration, which is expected to be signed on Friday.

“The agreement specifies that there will be five members from each side in the sovereign council, which will effectively be the presidency of the country,”  Al Jazeera’s Hiba Morgan said from Addis Ababa in neighbouring Ethiopia.

“There will be members nominated by the FFC to the executive council which will be considered the ministers,” she added.

“The document doesn’t mention what roles the sovereign and executive councils will have – that will be defined in the constitutional declaration, which is going to be the core of the transitional agreement and state exactly what role the sovereign council will play.” ‘Huge achievement’

The TMC and the opposition coalition have been wrangling for weeks over what form Sudan’s transitional government should take after the military deposed President Omar al-Bashir on April 11 after months of mass protests against his 30-year rule.

Protesters had remained in the streets following al-Bashir’s toppling, fearing the generals intended to cling to power or preserve some form of authoritarian rule.

Long-stalled talks between the TMC and the opposition alliance collapsed after the deadly dispersal of a protest camp in Khartoum on June 3.

Direct talks were later revived after mediation efforts by the African Union and Ethiopia. DM