Can the AU and UN find common ground on Sudan?

Can the AU and UN find common ground on Sudan? 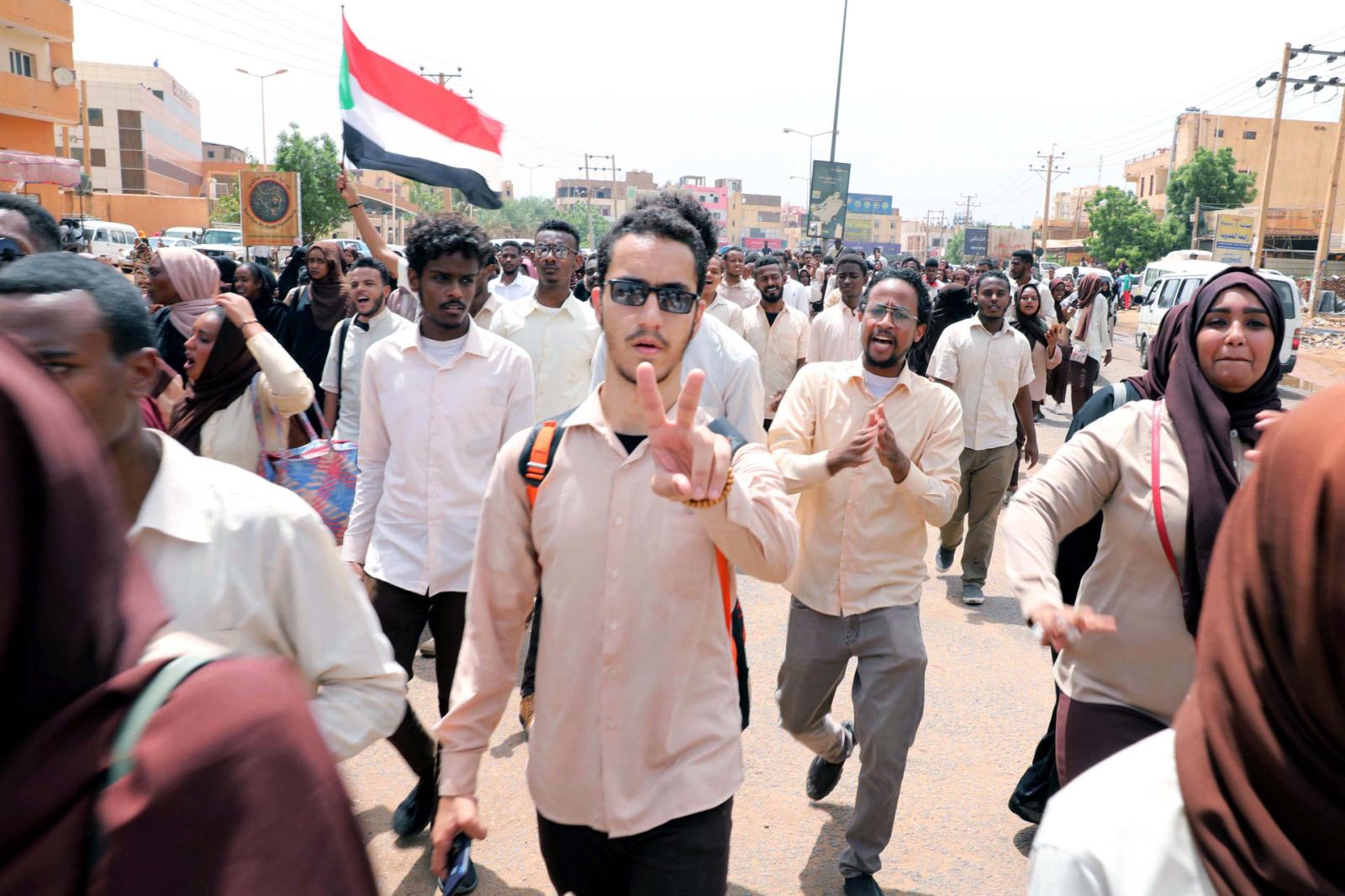 Protestors celebrate and flash victory sign on the streets of Khartoum, Sudan, 17 July 2019. according to media reports, the ruling military council and several of the civilian opposition movement signed a power-sharing agreement that was reached earlier this month. According to the agreement, mediated by African Union and Ethiopia, the military council will take control of a sovereign council for 21 months, followed by a civilian one for another 18 months before holding elections. EPA-EFE/MARWAN ALI

The next few months provide a vital window of opportunity to stabilise Sudan – it cannot be squandered. Priyal Singh and Daniel Forti

Recent developments around Sudan’s transfer of political power show why a more strategic partnership between the African Union (AU) and the United Nations (UN), especially at the council levels, matters. Discord between the security councils of both bodies reveals fault lines in their efforts to stabilise Sudan.

On 5 July a shaky preliminary power-sharing agreement was reached between Sudan’s Transitional Military Council and the country’s civilian leaders. The UN Security Council (UNSC) and AU Peace and Security Council (PSC) now have a significant opportunity to forge a joint strategy to support the Sudanese people. Both councils have unique political entry points and a history of working on different aspects of Sudan’s instability.

The provisional arrangement was partly facilitated through AU mediation efforts spearheaded by Ethiopian Prime Minister Abiy Ahmed Ali. It followed months of civil unrest, a coup d’état, atrocities committed against civilians by Sudan’s Rapid Support Forces, and a breakdown in communication and trust between civilian protesters and the military junta.

Throughout the latest crisis, the PSC has been responsive to developments on the ground. It has issued at least four key communiqués since 19 April condemning the Transitional Military Council’s actions and calling for power to be vested in a transitional civilian-led political authority.

On 6 June Sudan was suspended from all AU activities. The continental body’s credibility was further bolstered by the PSC’s rejection of a Transitional Military Council decree calling for the African Union-United Nations Mission in Darfur (UNAMID) to hand over its assets to the Rapid Support Forces.

Importantly, the three African member states (A3) on the UNSC have remained united in their support of positions stemming from the PSC, and a joint media stakeout on 6 June was one of the first times the A3 provided such an assertive statement on a country-specific situation. This collective approach is encouraging given the generally weak historical institutional links between the A3 and the PSC.

However numerous fault lines have emerged between the UNSC and PSC since April, showing that more meaningful co-operation is needed. One key challenge is how the councils understand the relationship between Sudan’s current political crisis and the scheduled withdrawal of UNAMID.

The A3’s position has largely reflected that of other UNSC members, notably the United States, France and the United Kingdom. But Russia and China have opposing views in line with their position of non-interference in member states’ internal affairs.

The A3’s firm stance on UNAMID has placed greater pressure on UNSC members to compromise and align their positions more closely with the PSC. The A3’s bridging role between the two councils has been much more apparent throughout the Sudan crisis than on any other recent council matters.

The UNSC divisions were reflected in negotiations leading up to UNAMID’s mandate renewal on 27 June. The compromises that had to be made are evident in Resolution 2479 (2019) which extends UNAMID’s mandate for four months as opposed to standard council practice of one year. Nevertheless, the resolution does underscore a prevailing, albeit fragile, consensus that Sudan’s fluid and tenuous political environment necessitates a temporary pause on UNAMID’s planned drawdown.

Another challenge for the UNSC and PSC surrounds the influence of states that have vested political interests in Sudan and the outcomes of the peace process.

Since April, there has been a perception that PSC and joint AU-Ethiopian mediation efforts have been undermined by a Regional Partners of the Sudan meeting in Cairo. This meeting sought to extend the Transitional Military Council’s deadline for transferring power to a civilian authority. In cases such as this, states must be seen as potential spoilers of the 5 July provisional agreement.

The next few months provide a vital window of opportunity to address instability in Sudan. Resolution 2479 asked the UN Secretary-General and the AU Commission to provide a joint AU-UN political strategy for a follow-up mechanism to UNAMID by 30 September.

This strategy should consider the impact of ongoing instability in Khartoum and how the transitional government will re-engage with the Darfur peace process. The terms of the 5 July agreement are relevant too. They provide for the establishment of a joint sovereign council led, at first, by a military leader for 21 months, then a civilian leader for 18 months, before democratic elections are held.

The AU and UN councils must carefully monitor whether this provisional agreement is respected once it is accepted by the conflicting parties. They also need to check for signs that the Transitional Military Council won’t renege on its obligation to transfer power to civilian leadership by January 2021.

Addressing these issues won’t be easy, but the chances of success will be greater if the UNSC and PSC work together. It is already clear that when the PSC stands firm on principle, the A3 is better able to serve as a bridge between the two councils, and promote greater institutional coherence.

A scheduled council-to-council working visit in Addis Ababa in October is an important occasion to strengthen this critical working relationship, and offset challenges caused by power imbalances between the two bodies. Sudan presents a key opportunity for both sides to harmonise their efforts, based on a mutual understanding of how to manage the crisis. This window of opportunity cannot be squandered, least of all by concerned multilateral actors. DM

This article is published as part of the Training for Peace Programme (TfP), funded by the government of Norway. It is one of a series on the UN-AU partnership in peace and security, for a joint project between the Institute for Security Studies and the International Peace Institute (IPI)