Can the peace-trade equation stabilise the Horn?

Can the peace-trade equation stabilise the Horn? 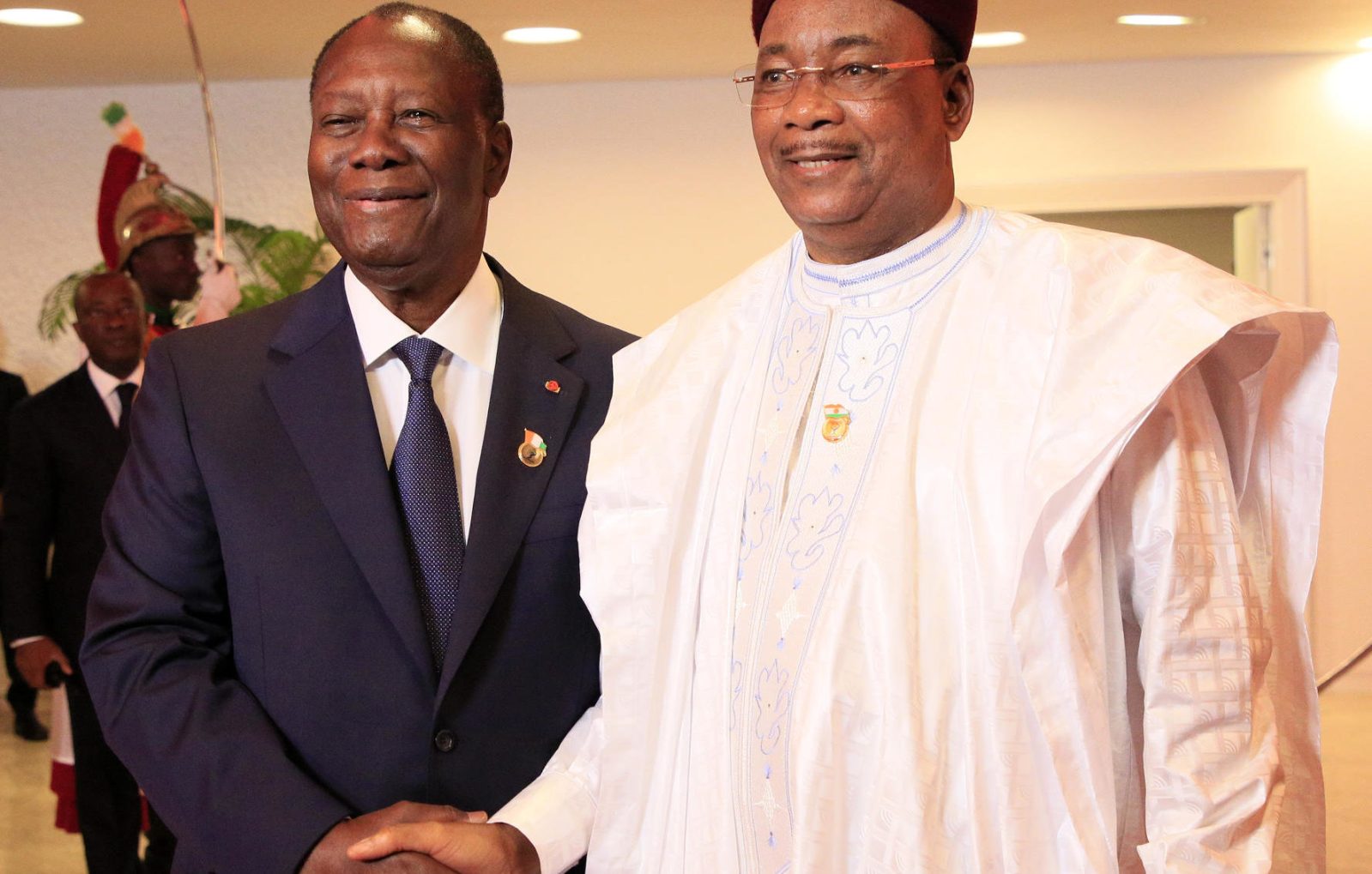 Ivorian President Alassane Ouattara (L) greets President of Niger Mahamadou Issoufou (R) at the 21st Summit of Heads of State of the West African Monetary Union (UEMOA) in Abidjan, Ivory Coast, 12 July 2019. The eight-state organization was established in 1994 to promote economic integration among countries that use the West African CFA franc as their currency. EPA-EFE/LEGNAN KOULA

The process of implementing Africa’s free trade deal could create conditions for countries to co-exist peacefully. By Shewit Woldemichael and Senai W Andemariam

The launch of the African Continental Free Trade Area (AfCFTA) on 7 July at the African Union (AU) summit in Niamey, Niger, has created the largest free trade zone in the world for 1.2-billion people with a gross domestic product of around $3.4-trillion.

Niger’s President Mahamadou Issoufou hailed the AfCFTA as “the greatest historical event for the African continent since the creation of the Organisation of African Unity in 1963”. The AfCFTA agreement, signed by 54 of the 55 AU member states and ratified by 26 of them, aims to create a single continental market for goods and services, expedite regional and continental integration, and enhance competitiveness in industry.

If fully implemented, the deal could deliver more than economic dividends – it could contribute to peace and security in Africa through inter-state economic interdependence. Its dispute settlement mechanism could also enable amicable resolutions to trade related disputes among African countries.

Implementing the deal faces daunting challenges though, many of which are related to peace and security issues. This is most pronounced in the Horn of Africa.

Except for Eritrea, all the countries in the Horn have signed the agreement. The region’s geo-politics, including the securitisation of borders, political instability, illicit cross-border trade and financial flows, as well as underdeveloped infrastructure and human capital, are the main challenges.

Instability within states will pose the greatest difficulty to regional trade. Somalia and South Sudan have been experiencing protracted civil wars, while both Sudan and Ethiopia are undergoing political reform that has destabilised the countries in recent times.

Securitisation of borders in the Horn will also create obstacles for free movement of goods and people as envisaged by the AfCFTA. The border between Ethiopia and Eritrea, which was initially opened after their July 2018 rapprochement, has been reclosed. There is also a military presence on both sides of the border.

Similarly, Sudanese troops have since January 2018 been deployed along the Eritrea-Sudan border. Sudan’s Transitional Military Council deputy chairman Lieutenant-General Mohammed Hamdan Dagalo and Eritrea’s President Isaias Afwerki said the border would reopen when they met on 2 July, but trade is yet to officially resume.

The Eritrea-Djibouti border has also been closed since 2008 as a result of a border dispute between the two countries. Although their leaders met briefly in September 2018 and promised to resume relations, trade between the two nations seems unlikely soon.

Security along the Ethiopia-Somalia border remains tight owing to Ethiopia’s fear of an al-Shabaab attack. Sudan and South Sudan also have an ongoing territorial dispute over their oil-rich border, especially in the Abiye region.

The other challenge facing the AfCFTA is the extent of illegal trade in the region mainly due to porous borders and a lack of co-ordinated border security. Cross-border cattle raiding and illegal livestock marketing exists along the Ethiopia-Kenya, Ethiopia-Djibouti and Ethiopia-Somalia borders.

Other high-value export commodities, such as gold, Khat, charcoal and sugar, are also illegally traded along these borders. Revenue from such trading has been used to finance armed groups. Trafficking in small arms and light weapons is prevalent along the Ethiopia-Sudan border. Large-scale contraband traffickingundermines legitimate cross-border commerce, especially the security of small to medium-scale traders.

Other problems in the region include illicit financial flows and money laundering, the hoarding of considerable sums of cash owed to speculation, counterfeiting money and an active black market for foreign exchange.

These transactions are related to trafficking in people and goods, financing insurgent groups and grand corruption. Partly in reaction to these factors, Eritrea abruptly changed its currency in 2015, while Ethiopia introduced strict regulations and confiscation of foreign currency in 2018.

Recognising these challenges, AU Commission chairperson Moussa Faki Mahamat said in Niamey that it would be a “delusion to talk of trade and development without peace and security”. While true, the statement represents only half of the peace-trade equation. The “chicken and egg” relationship between peace and trade means that as much as peace is needed to boost trade, so too is trade an ingredient for establishing and sustaining peace.

Through the AfCFTA’s implementation processes, countries in the Horn could potentially create conditions that would enable them to coexist peacefully. A good example is the Ethiopia-Djibouti relationship. Both have invested more than $15-billion for road and rail connectivity. Ethiopia uses the Djiboutian ports for 95% of its foreign trade and has invested heavily in them. Djibouti’s trade with Ethiopia accounts for more than 80% of its GDP, including electricity and water imports from Ethiopia.

This mutual dependence would pressure the two countries to amicably resolve disputes that arise in their foreign or trade relations. The nations have never engaged in zero-sum relations and proxy wars through supporting armed opposition groups to destabilise each other. Proxy wars – which have at times defined relations between Horn countries, such as between Eritrea and Ethiopia – have been a major source of instability in the region.

The region has the potential to effectively implement the AfCFTA, with dividends for peace and security. Trade disputes among Horn countries that might arise as the deal is activated could be resolved through its dispute settlement mechanism. Those responsible for this mechanism must recognise the challenges covered here, and the region’s peace and security dynamics. This is especially so given that one of the Horn’s most devastating wars, between Eritrea and Ethiopia, had trade relations at its heart. DM