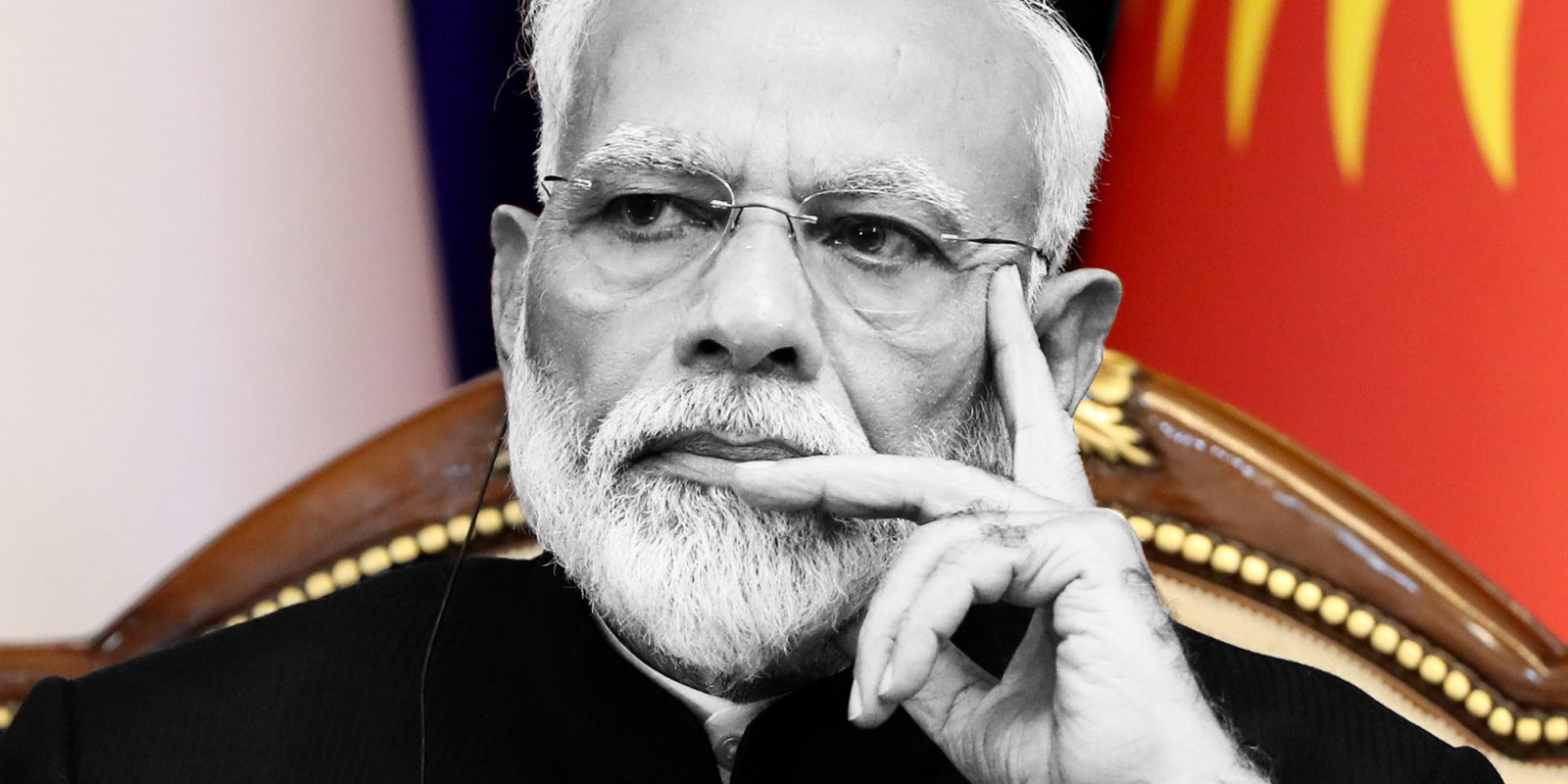 The democratic space for human rights activism in India is rapidly being closed down by Prime Minister Narendra Modi.

At 8am on Thursday July 10 Indian human rights activists Indira Jaising and Anand Grover were startled to find that their homes, as well as the offices of the Lawyers Collective in Mumbai and Delhi were being raided by India’s Central Bureau of Investigation (CBI). The CBI claimed they were searching for documents relating to their investigation into foreign funding of the Lawyers Collective – documents requested and provided in 2016, three and half years earlier.

The searches were described by the Lawyers Collective as “totally unwarranted, illegal and a blatant abuse of law,” as the offences involved required the CBI to summon documents or call them for questioning.

Grover and Jaising are highly respected human rights lawyers, both in India and internationally. For many years they have also worked with human rights activists in South Africa, particularly assisting TAC and SECTION27 with campaigns against profiteering by pharmaceutical companies. As a result of the work of Grover in particular, for a while, India had the world’s most progressive intellectual property laws and was considered the pharmacy of the world. South African activists looked to India as a role model.

But Grover and Jaising are best known as the founders of the Lawyers Collective, which they set up in 1981. Since then they have been involved in litigation and campaigns around rights of people with HIV, challenging intellectual property rights, and advancing the rights of sex workers, lesbians, gay and transgender communities as well as women’s rights.

As human rights lawyers, they have also been outspoken critics of Prime Minister Narendra Modi, his Bharatiya Janata Party (BJP) and its allies and have not shied from politically sensitive cases related to Modi’s role in the pogroms in Gujarat that led to the deaths of over 700 Muslim people in 2002.

In their individual professional capacities as senior lawyers, they have represented a number of individuals, the latest being the persons detained in the Bhima Koregaon case, the police commissioner of West Bengal and Rajiv Kumar. Jaising has been vocal on the subversion of due process of law in the courts in the matter of the alleged sexual harassment by the Chief Justice of India and former employees of the Supreme Court of India.

But their work has not been limited to India. Between 2008 and 2014 Grover was the UN Special Rapporteur on the right to health. Jaising is recognised as a global leaders in fighting for women’s rights.

Sadly, their sterling CVs and international profiles are not enough to deter the CBI: this is the new India and the police are taking their orders from none other than “Number 1 and 2”.

Fresh from his recent general election victory, Modi is on a roll. He is remaking India as a homeland for extreme Hindu nationalism, intolerant of human rights, diversity and minorities. Recently Arundathi Roy told India Today that under Modi, “India is beginning to look like a one-party republic. Every kind of dissent, political, social, intellectual is considered intolerable and is under assault.”

Human rights law can sometimes be the last line of defence against new forms of authoritarianism. So it’s not surprising the democratic space for human rights activism is rapidly being closed down. Rule of law is giving way to rule by law: one of the means being used is to target NGOs that receive foreign funding and then to allege that these organisations have not complied with the Foreign Contributions Regulation Act. Criminal charges against Grover and Jaising have been laid under this Act; by these means more than 18,000 NGOs have been deregistered.

Civil society is having its head cut off.

As I write, human rights lawyers and activists Sudha Bharadwaj, Vernon Gonsalves and Arun Ferreira in the Bhima Koregaon case have languished in jail for more than one year, denied bail, accused of having Maoist links and “threatening the democratic set-up of the nation.” They remain in jail despite appeals for their release by UN human rights officials.

Fortunately, solidarity is not dead. Friends and comrades of the Lawyers Collective are fighting back. In India itself, opposition MPs, civil society members and the media have expressed outrage. An international petition and campaign has been set up that aims to collect thousands of signatures from organisations and individuals around the world by 15 August, India’s Independence day.

In the last few days, resolutions have been passed by the International Commission of Jurists (ICJ) as well as the Bar Human Rights Committee of England and Wales. The ICJ describes the attacks as “emblematic of a broader pattern of official threats to and harassment of Indian civil society in general …”

In this regard, South Africans too have a responsibility. Once, South African activists had a strong tradition of solidarity with activists across the globe. We benefitted from this solidarity not only under apartheid, but also in post-apartheid struggles such as against profiteering by pharmaceutical companies.

The attacks on Lawyers Collective should be a clarion call. It’s time we rediscovered those traditions. Unless democrats and human rights activists stand up to this type of intimidation the Big Men who now run Brics will successfully play a part in turning off the light of human rights and rule of law.

Our president, Cyril Ramaphosa, is the last man standing. He too should take a stand.

If we don’t, then Brics will become a very dark place indeed. DM